Lauren Lukey, 30, was left in tears when she recorded a man who lives nearby shouting "your son is mental, kill him" through the walls of her home in Doncaster, South Yorks. 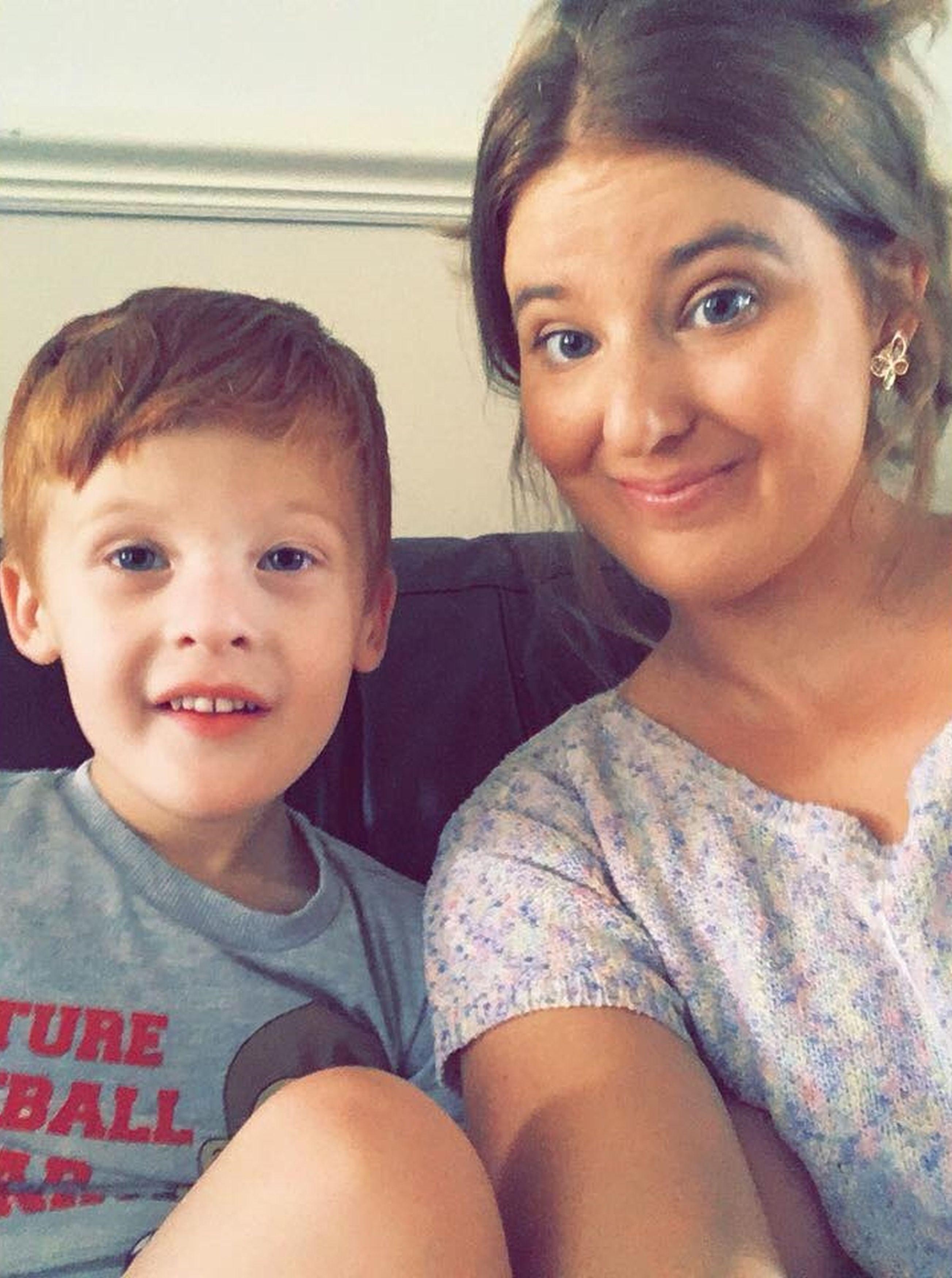 The mum, 30, says the abuse is a "hate crime" directed at her and her five-year-old son Lucas Milne, because he has severe autism and learning disabilities.

The mum of two claims that she and her partner Scott Milne, 32, were on good terms with a local man before the terrifying rants started on November 23.

In the recordings, the unnamed man says: "Your son is mental. Kill him. He is useless for every life. Useless. 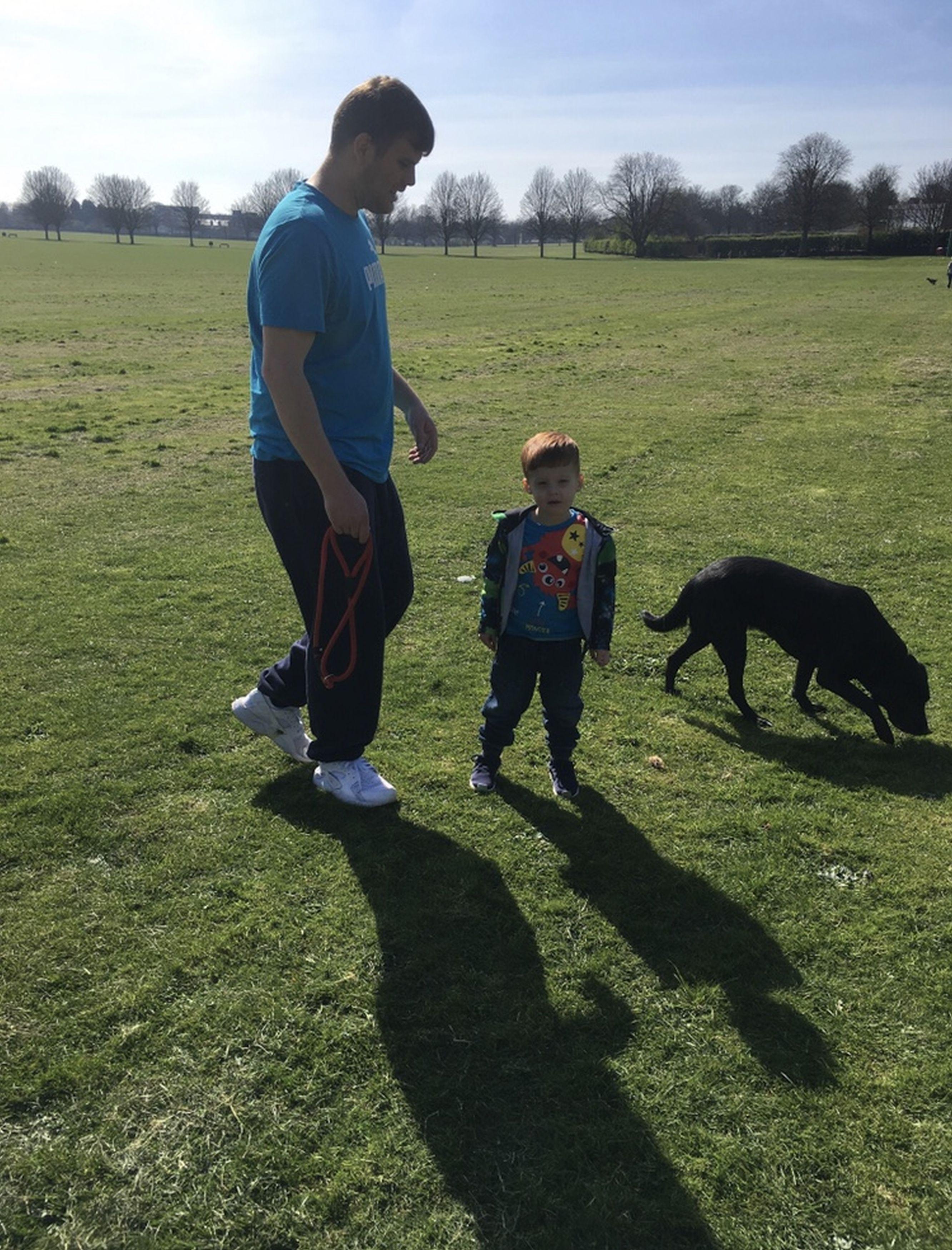 In another recording he says: "You are mental makers. You are zero. You are useless, you are worthless. You are motherf***ing nothing, zero.

"Kill yourself. Make suicide you motherf***er. You zero. Your son is mental, you make mental, make mental."

Despite calling the police and making noise complaints to her local council, Lauren claims she is terrified that he will do something to harm her family and is desperate to flee to safety. 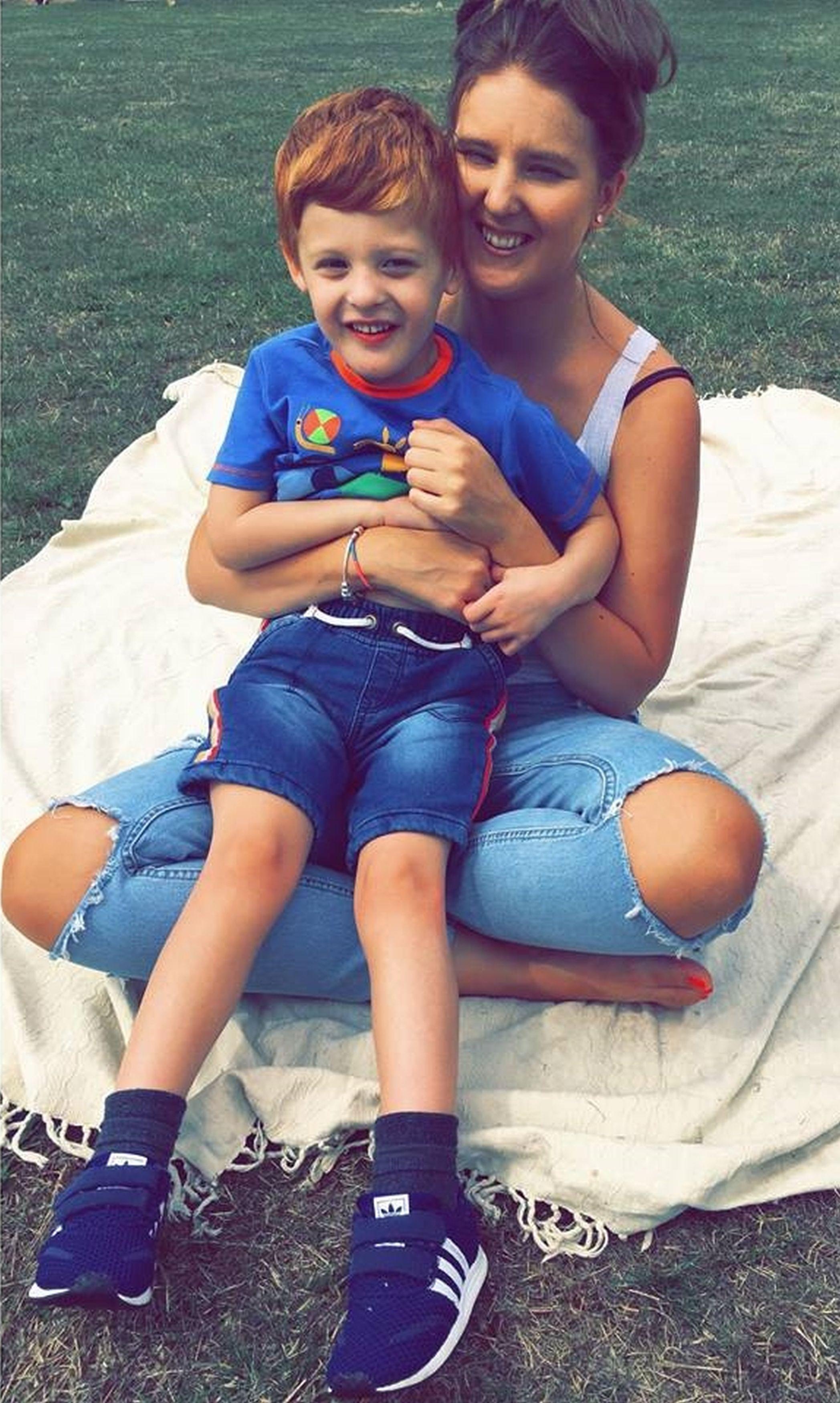 Lauren, who also has seven-month-old baby Lake, said: "I am terrified. I'm scared he's going to do something to us.

"I can't predict his behaviour and that's why we're getting out as soon as possible. To think we need to leave our home is just upsetting, particularly at Christmas. I've been terrified.

"I can't think of anything more hateful [than what he's saying] about people with disabilities.

"The worrying thing is that it's premeditated. He's put time and effort into making these recordings and then to play them for hours on end. It's not normal behaviour. The really vulnerable person in all of this is my little boy. I feel sick, honestly, I really do.

"I just feel sick to think of the amount of times he's seen our little boy, and the thoughts that he's obviously been having about him. It's just sickening. None of it made any sense until he started this Friday a few days ago. Him using those words himself.

"Someone suggested it was Google Translate, which would make sense, because of how the words have been put together. He means we've made a mental son, in his eyes.

"Who in their right mind would say that? And to say we need to kill him and he's useless and worthless?

"Nobody ever speaks about kids like that, and to speak about a disabled kid – it is sick. My son has never hurt anybody. He's not even capable of hurt[ing someone]. 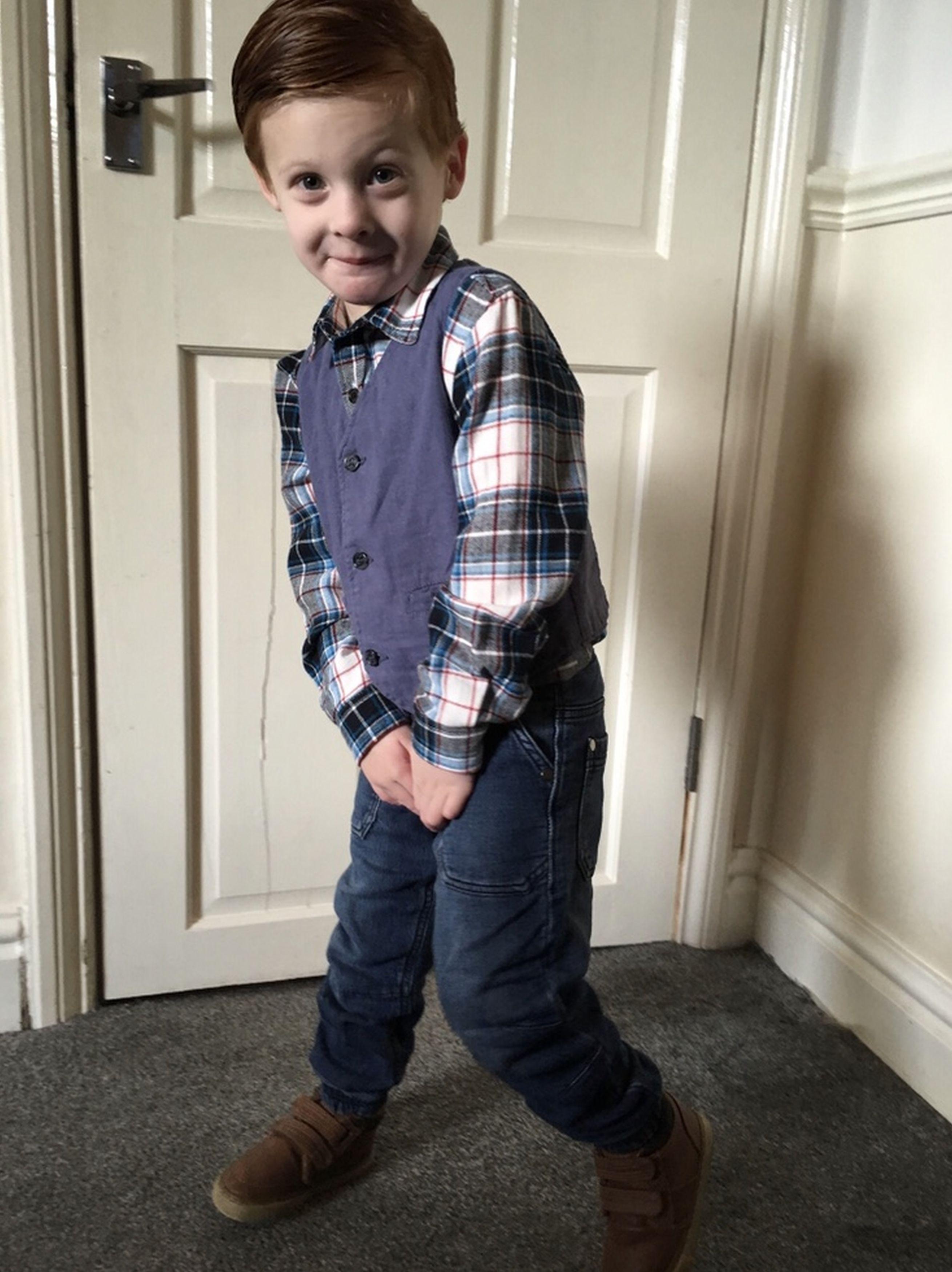 "There's been no disagreements between us so it's just so random when it started going on. We don't understand why. It's crazy."

Lauren initially thought nothing of it when she heard the first noises of an automated voice reciting "mental maker" over and over again.

But after five hours of hearing the words on a loop late into the night, she made a noise complaint to the council.

The words continued the next day but stopped overnight – and it wasn't until Monday November 26 that Lauren and her partner Scott were annoyed by a continuous recording of a cough that carried on for more than an hour.

But on Wednesday last week, the recordings took a sinister turn when an automated voice recited: "I am not human and that is why God punished me. I am the mental maker now." 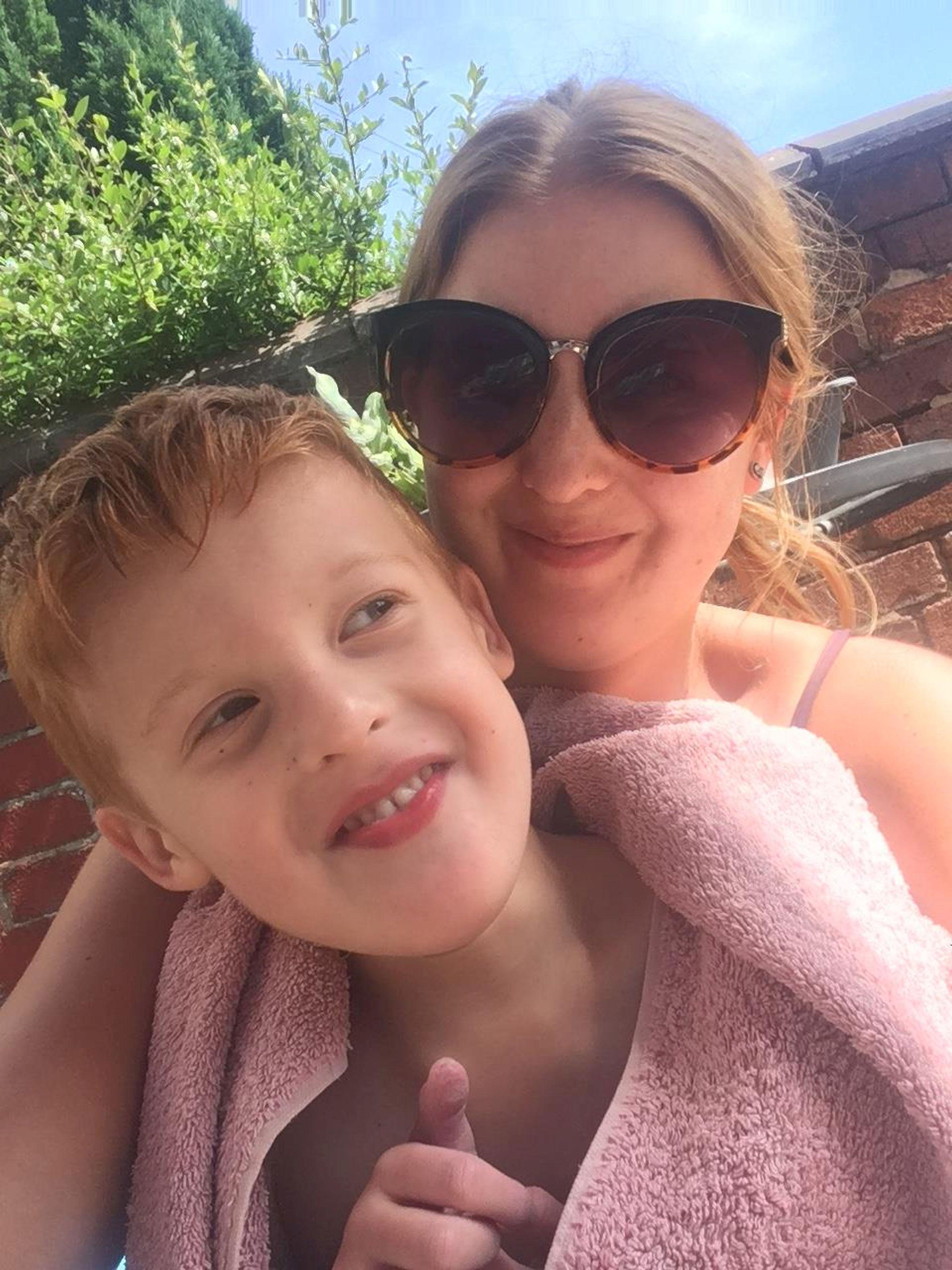 Confused and "freaked out" by the strange recordings, Lauren phoned the police – but claims she was told that as the man was in his own property, all she could do was file a noise complaint.

But the couple claim they became convinced the messages were aimed at their son.

Lauren, who is a full-time carer for her son, said: "People don't say stuff about kids. It's off limits.

"For him to say all that stuff, I don't understand where that has come from. I'm scared for both of my children: my baby as well as, and especially, Lucas. What if he starts giving abuse, or more? All these things are running through my mind. It's not fair on Lucas – he doesn't deserve it at all.

The couple are now fundraising for £300 to leave their home without disrupting Lucas being able to attend his specialist school.

“Officers are also liaising with the local authority in relation to concerns raised around noise complaints. An officer from Doncaster’s central neighbourhood team has spoken to the victim this morning and will be arranging to speak to her in person to obtain further detail and pursue any offences committed.”

You can donate to Lauren's Justgiving page here.