COPS were forced to halt a murder investigation after an alligator made off with the dead man's body.

Police and firemen dashed to the scene in Brail after the corpse of an unidentified male was seen floating in a river. 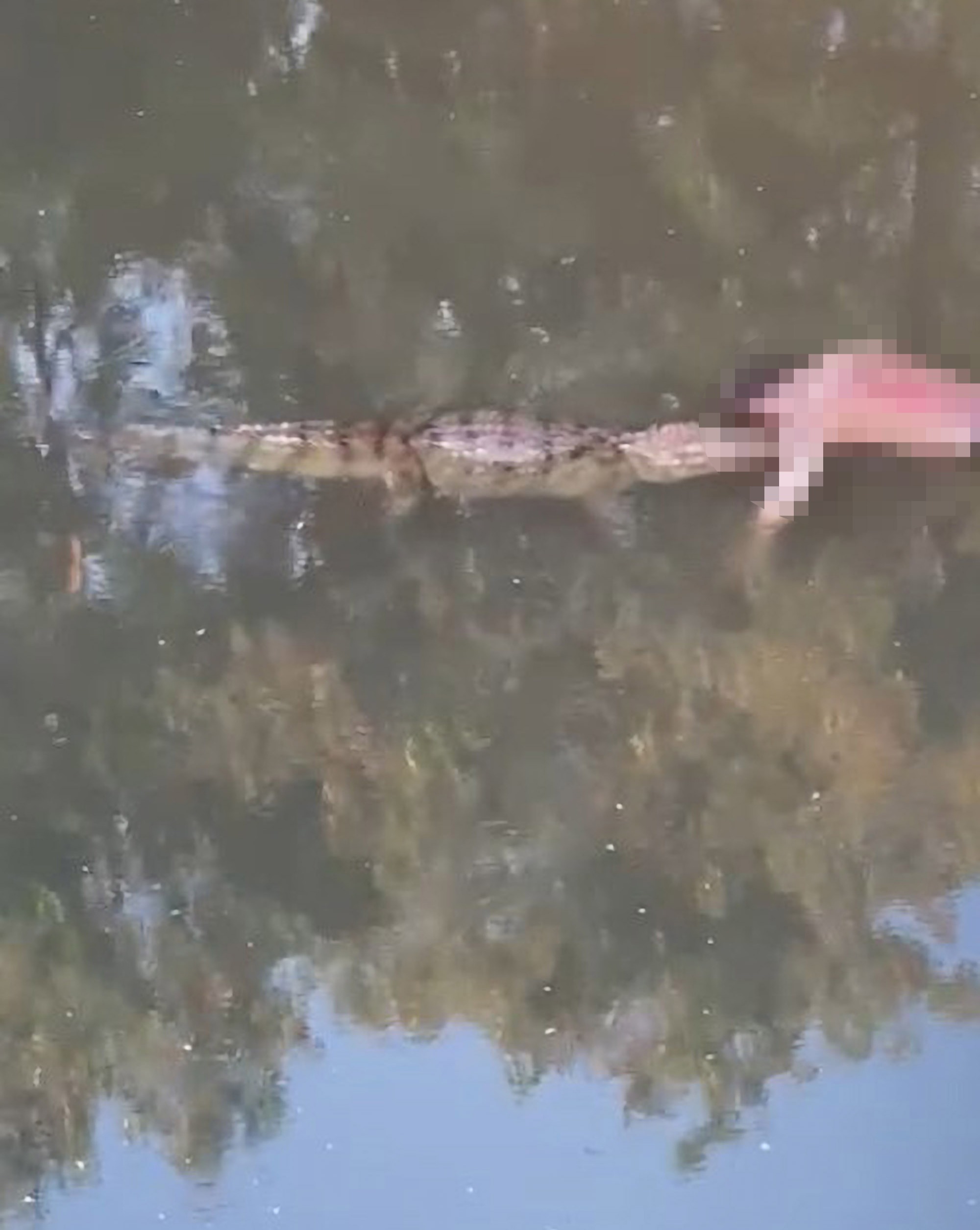 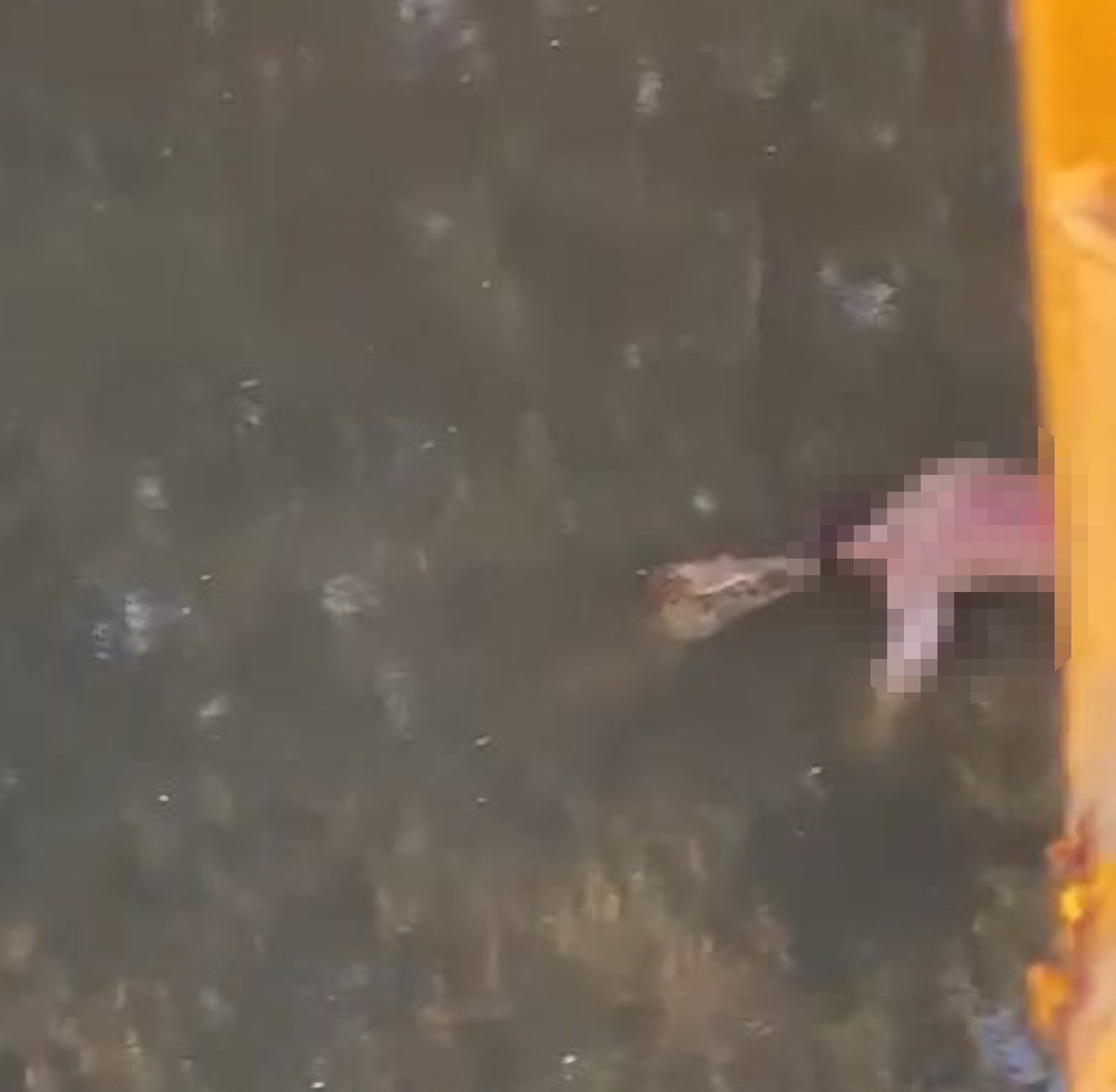 But they were left puzzled when they were unable to find the body after arriving at the Arroio Fundo watercourse.

Video footage later surfaced showing an alligator prowling around the body as it floated on the surface.

The beast can be seen swimming up to the body in the clip before pressing its jaws up against it.

The alligator later dragged the man's body underwater to the bottom of the river.

After more than 24 hours later, the corpse was eventually recovered after firemen returned to continue the search.

The fire brigade said they had managed to recover the body without any injuries – despite the fact that the alligator was still swimming around.

Authorities then took the body to the Legal Medical Institute (IML) to undergo an autopsy.

One firefighter told local media: “We are used to seeing alligators in that area, generally while rescuing other animals, so we already knew how to deal with situations like this.”

The investigation into the man’s death continues and there have been no further updates on the autopsy results or what damage was caused by the alligator after dragging the corpse to the bottom.

It is believed, however, that on this occasion the corpse was mostly intact. 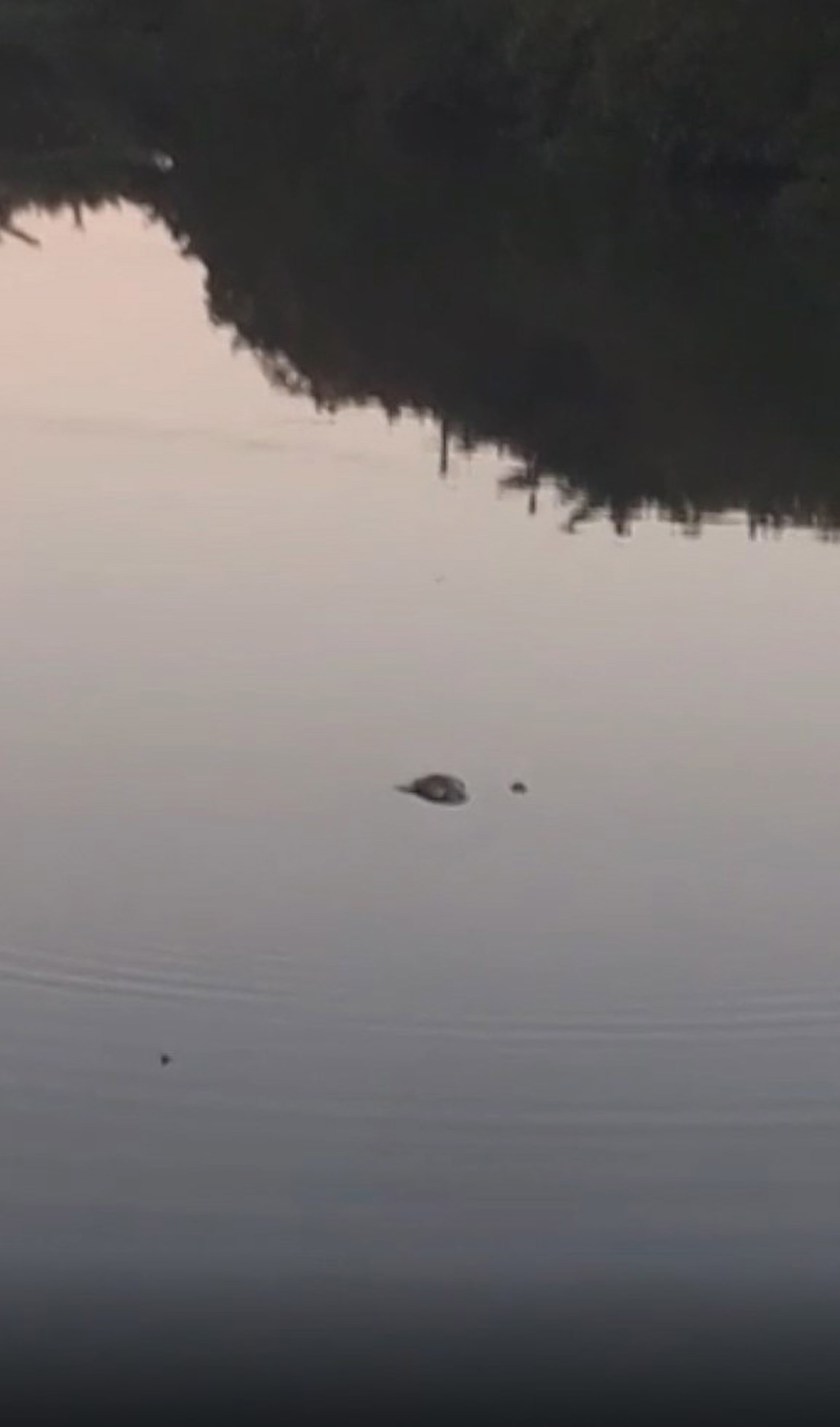