SANDRA Lever could smell the black smoke and feel the scorching heat as she gasped for breath outside her daughter Michelle Pearson's blazing home.

In her mind, she'd just saved Michelle and her four sleeping grandchildren from a horrific arson attack, pulling them out of the raging flames in the nick of time. 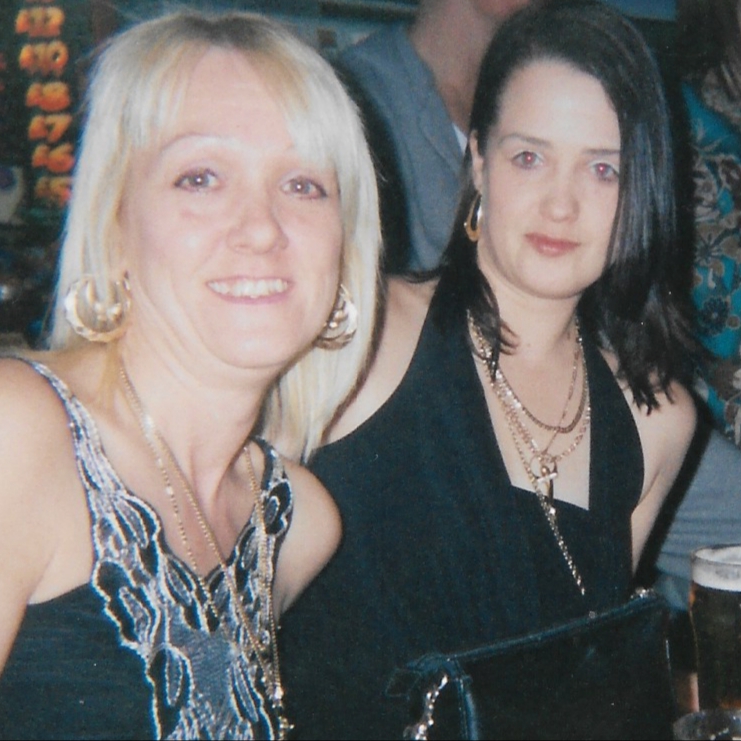 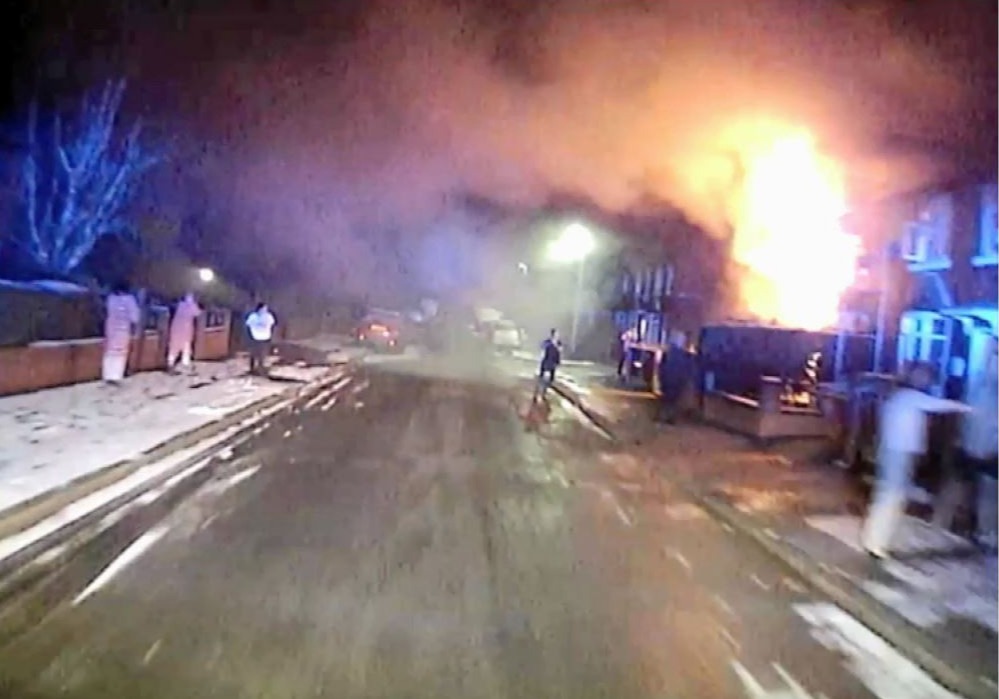 At that moment, huddled in the middle of a dark Manchester street, with sirens wailing in the distance, they were all OK. They were together, they were safe, they were alive.

But then, Sandra woke up and realised it was a dream.

In reality, Michelle, 37, and her kids Demi, 15, Brandon, eight, Lacie, seven, and three-year-old Lia had all lost their lives after the sickening attack in December 2017.

The four children, excited for Christmas, died from smoke inhalation and burns after thugs hurled two lit petrol bombs inside their home in Walkden in the dead of night.

Though badly burnt Michelle survived the blaze for 20 months – long enough to learn of her children's fate and see their murderers jailed -she too died on August 25, 2019. 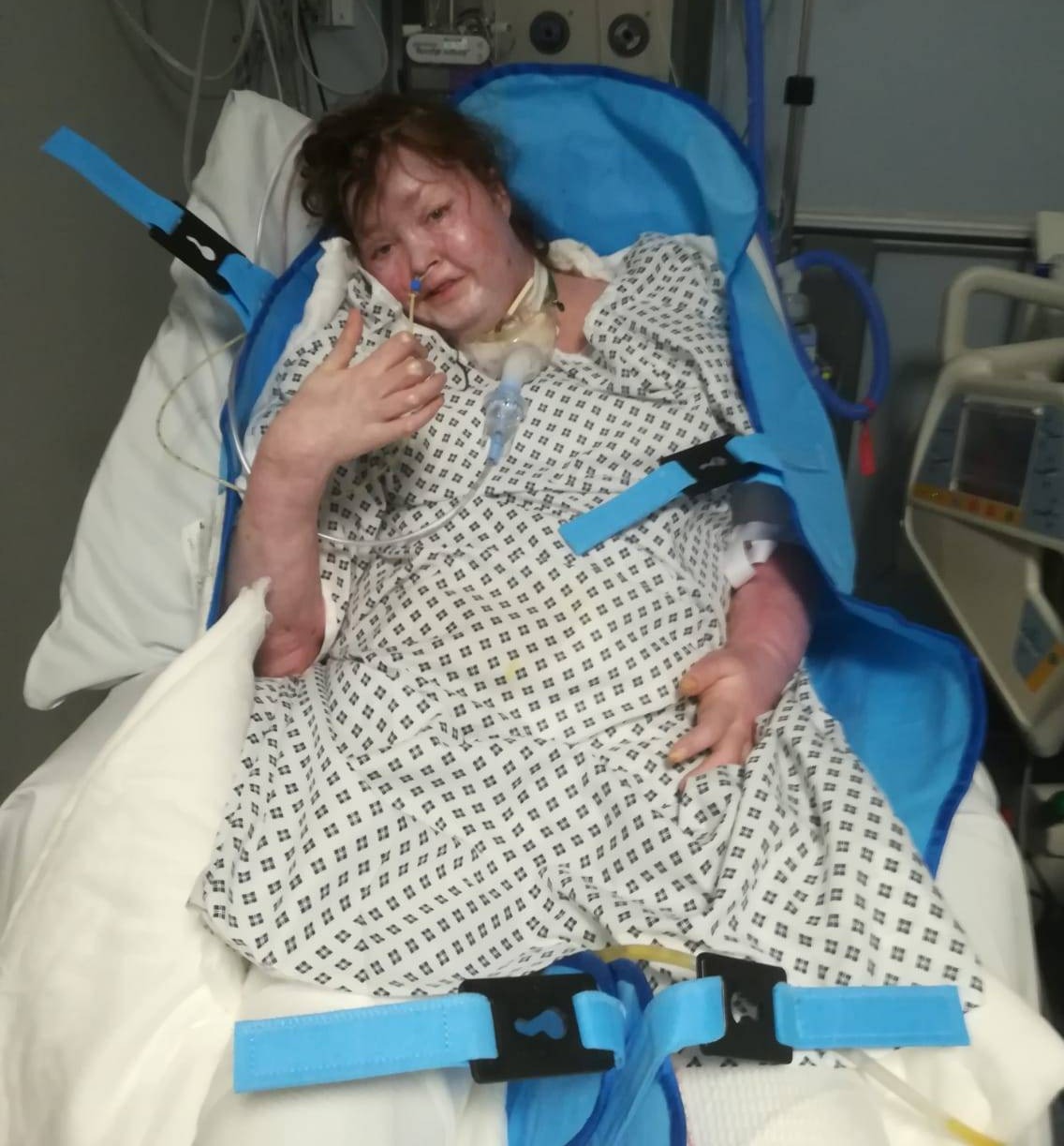 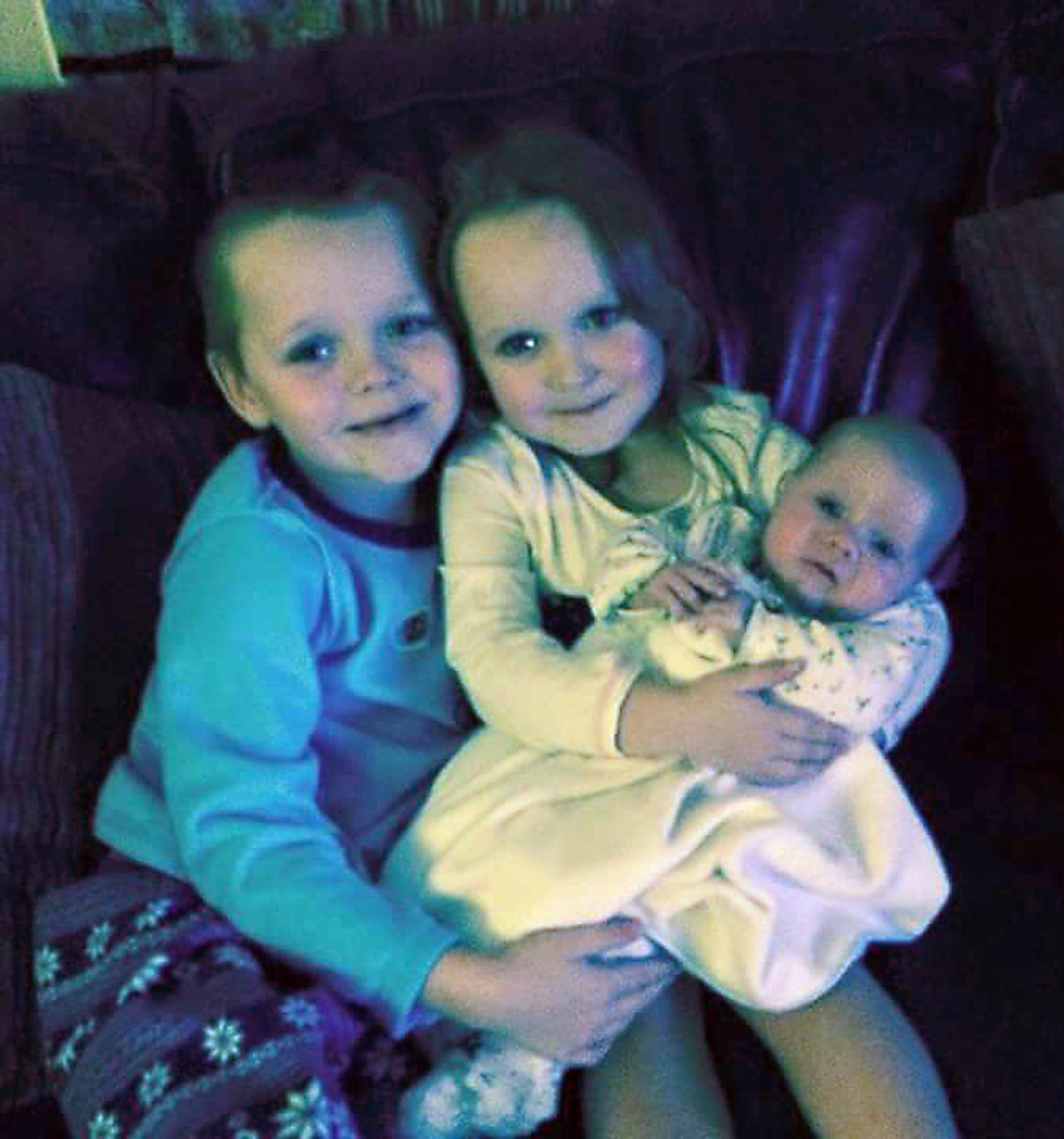 For Sandra, it was another unimaginable blow – yet one year on from Michelle's death, she reveals she knows her daughter is happier now that she's been reunited with her children.

"I always have flashbacks, when I’m asleep, of the house," the brave gran, also from Walkden, tells Sun Online in an exclusive interview to mark the tragic one-year anniversary.

“You dream like you’re in the house with them, in the fire, and you’ve got them all out. It’s just weird, it's strange. I wish I was there to get them out."

Sandra, 59, adds: “Michelle's death was hard. I wanted her to stay here for me because she’s my daughter. I didn’t want her to pass on.

"But I knew she would be happy being with the children. As a mother, it’s hard when your kids are not here. I only lost Michelle – Michelle lost four.

"We watched her in the bed, struggling, for 20 months of pain. She will be happy now, and at peace, with the children, definitely.

"She'd have struggled if she’d come home without them." 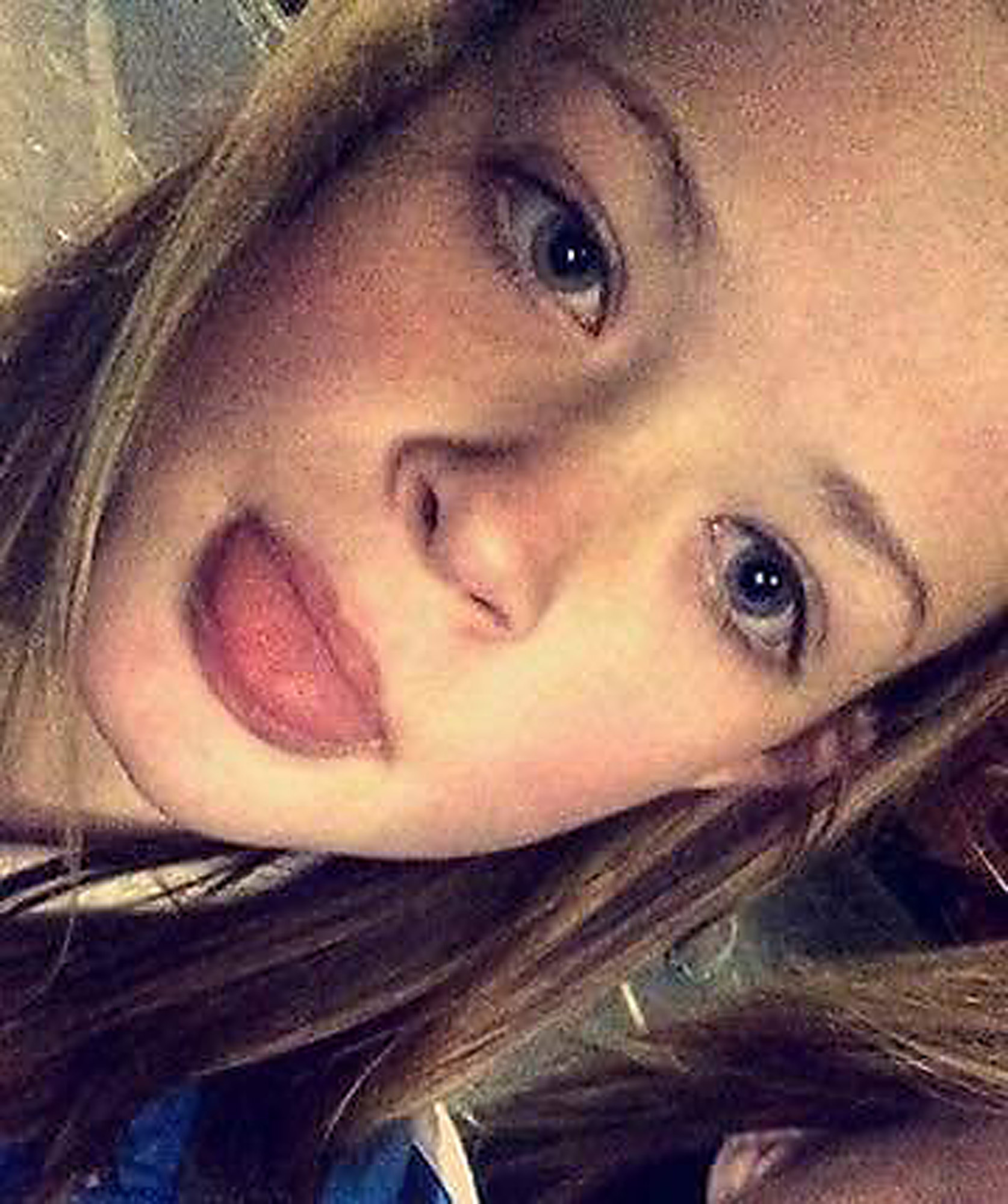 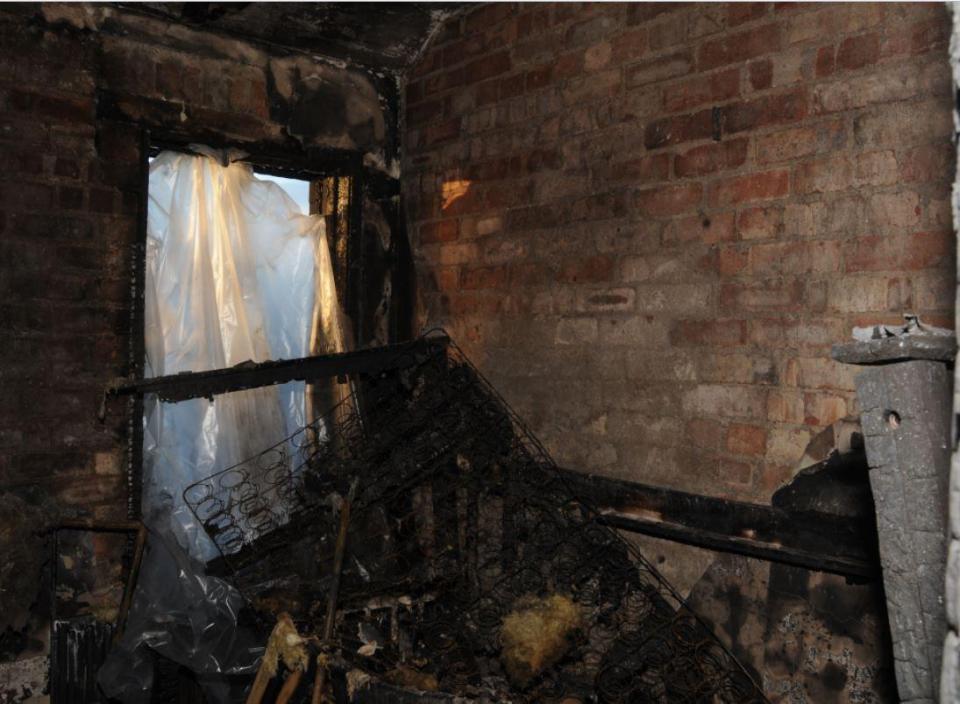 In a heartbreaking picture, shared by Sandra today for the first time, "warrior" Michelle can be seen sitting up in a hospital bed just three days before her death.

Remarkably, despite the tube in her throat, bandages on her legs, and her anguish over her children's deaths, she seems to give a 'thumbs up'.

This final gesture captures the courageous spirit of a woman who desperately tried to save her babies, even carrying little Lia to the bath, as flames tore through their home.

That dreadful night, mum-of-six Michelle – who has two surviving children – was heard by neighbours screaming, "Not the kids! Not my kids!", before she collapsed in the smoke. 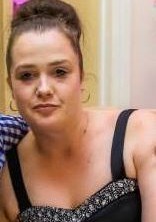 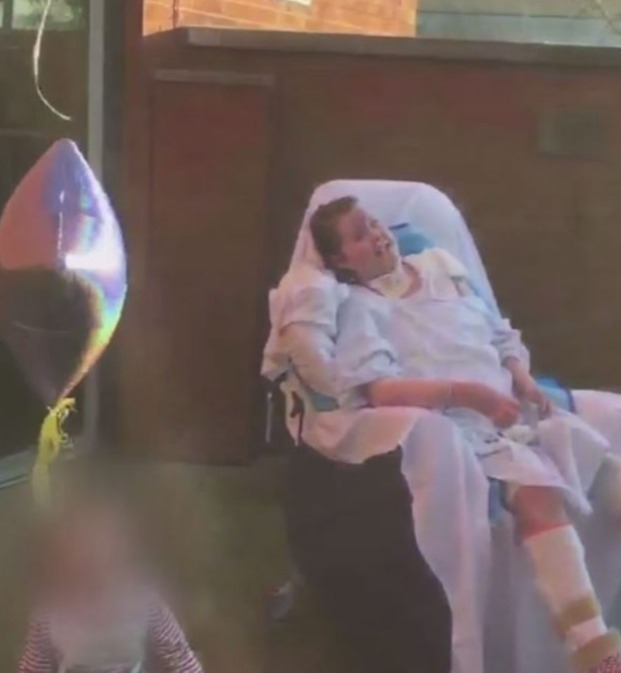 With burns to 75 per cent of her body, she spent months in a coma in hospital. When she awoke, she had to be repeatedly told her children had died due to memory loss and "denial".

"When Michelle was in the coma, it was awful," recalls Sandra.

"I was so ill, I couldn’t eat. But when Michelle pulled through, I bucked up a bit because she’s like my rock. She kept me going.

"But obviously, she was hurting." 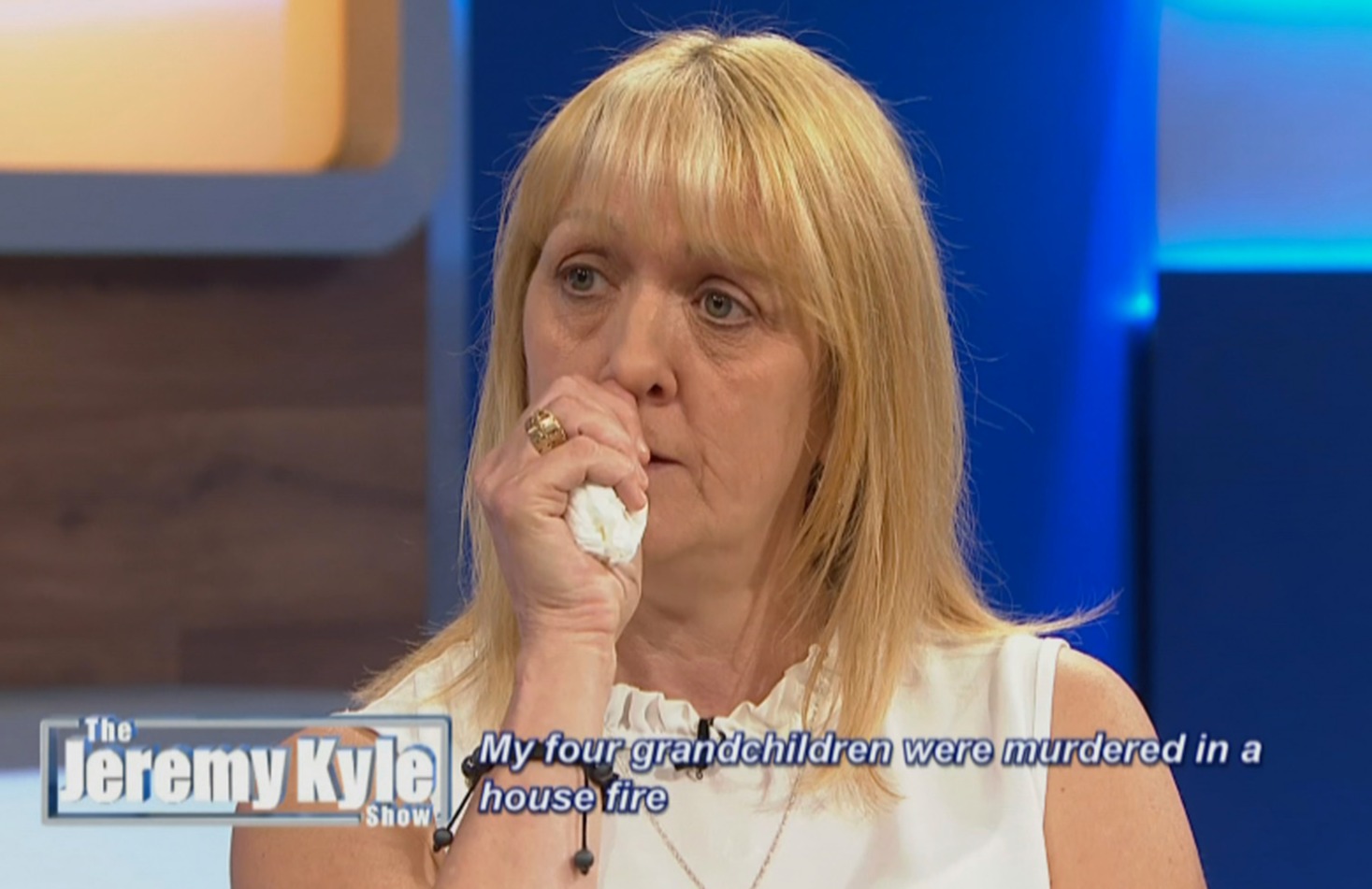 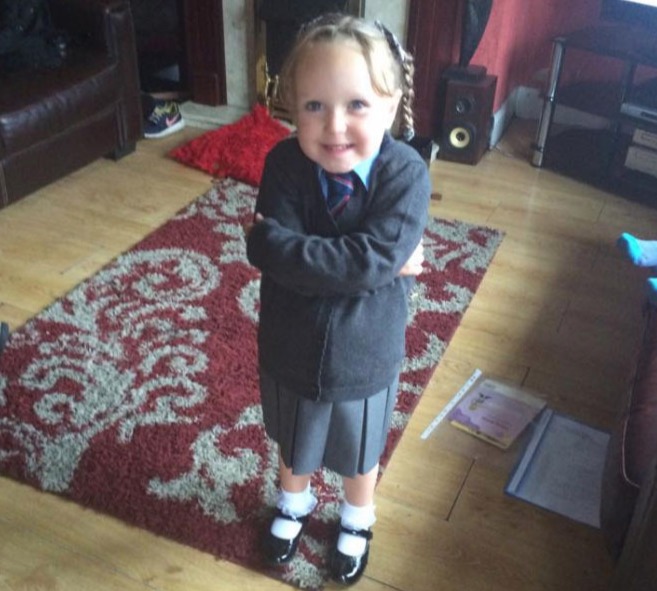 'Her kids were her life'

Despite undergoing skin grafts, toe amputations and having a tracheostomy fitted, Michelle kept contracting infections. Sadly, she was unable to attend her own kids' funeral in September 2018.

Yet Sandra tells us: "When she was told how many people turned up, she went: 'Wow! My children were loved!' I said, 'Of course they were loved!'

"She was just over the moon."

She adds: "Her kids were her life. She absolutely adored them." 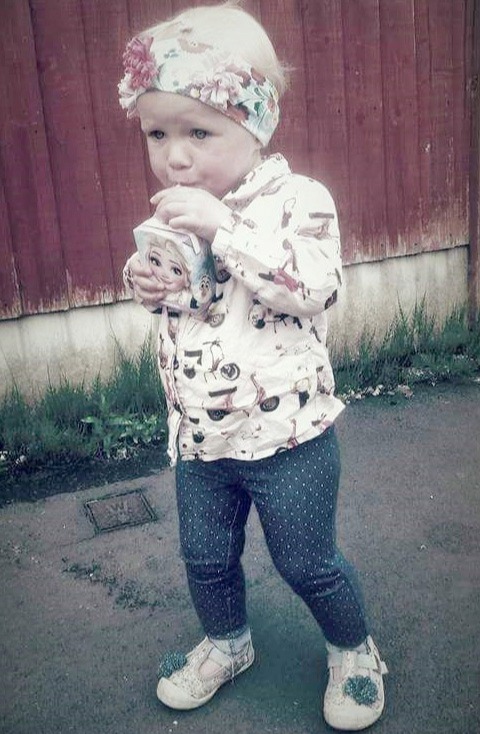 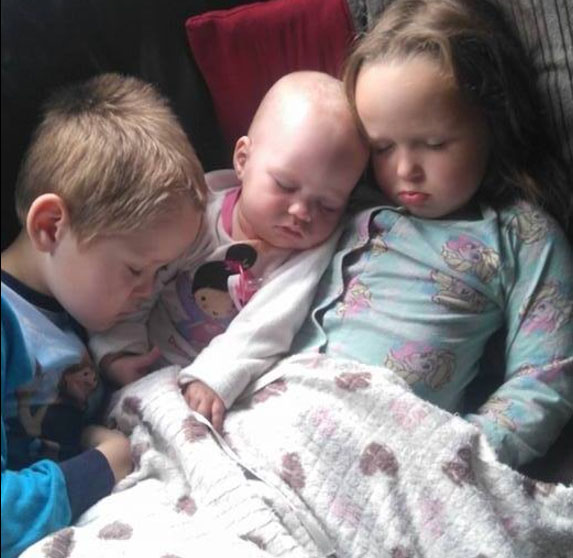 Later that year, Michelle even managed to find the strength to record a video tribute to her "angels" from hospital. But by last August, her condition had deteriorated and she would cry with the pain.

She finally slipped away, clutching a picture of her beloved children, exactly 12 months ago today, after making a last trip to the hospital shop in her wheelchair to buy her nurses some chocolate.

"Michelle did everything for everybody. People remembered her, she was so kind-hearted," recalls Sandra, a mum of five herself.

"She'd help people set up businesses by giving them money. Even though she had six kids, she still helped everybody else.

"Nobody had a bad word to say about her.” 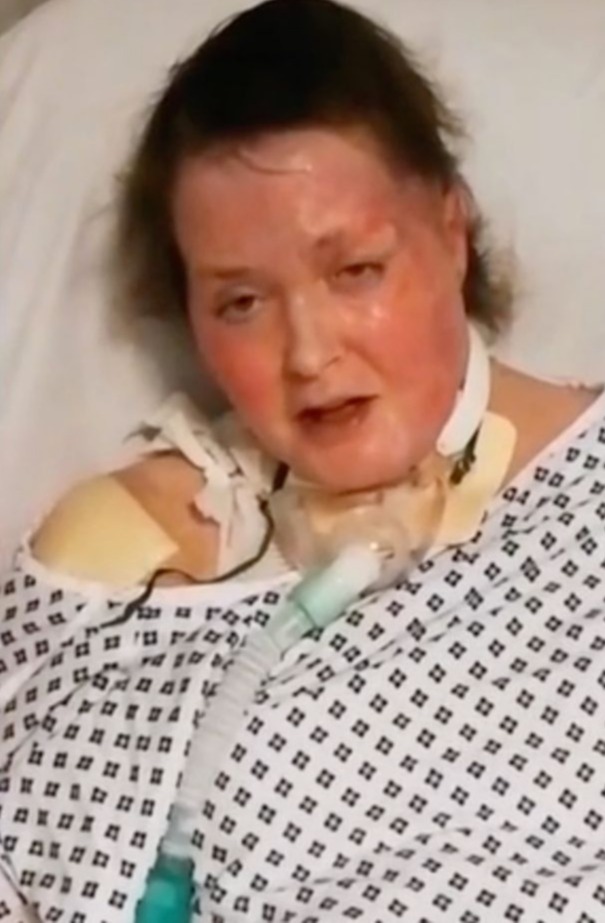 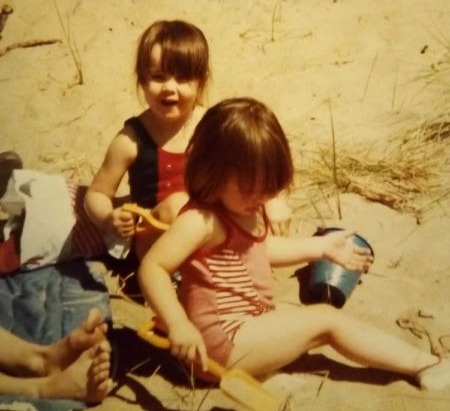 Michelle, who had dreamed of being a mother since childhood, was buried next to her four children, in a poppy-covered coffin, in September 2019.

"The rain was horrendous, but she had a lot of people on the streets," adds Sandra.

"The church – which holds 350 people – was full. The nurses from the hospital and the firefighters came. She had a really good send-off."

But Michelle's funeral didn't mark the end of her family's pain.

In the year since her death, her grieving mum and other loved ones have been forced to celebrate events and milestones without her, Demi, Brandon, Lacie or Lia. 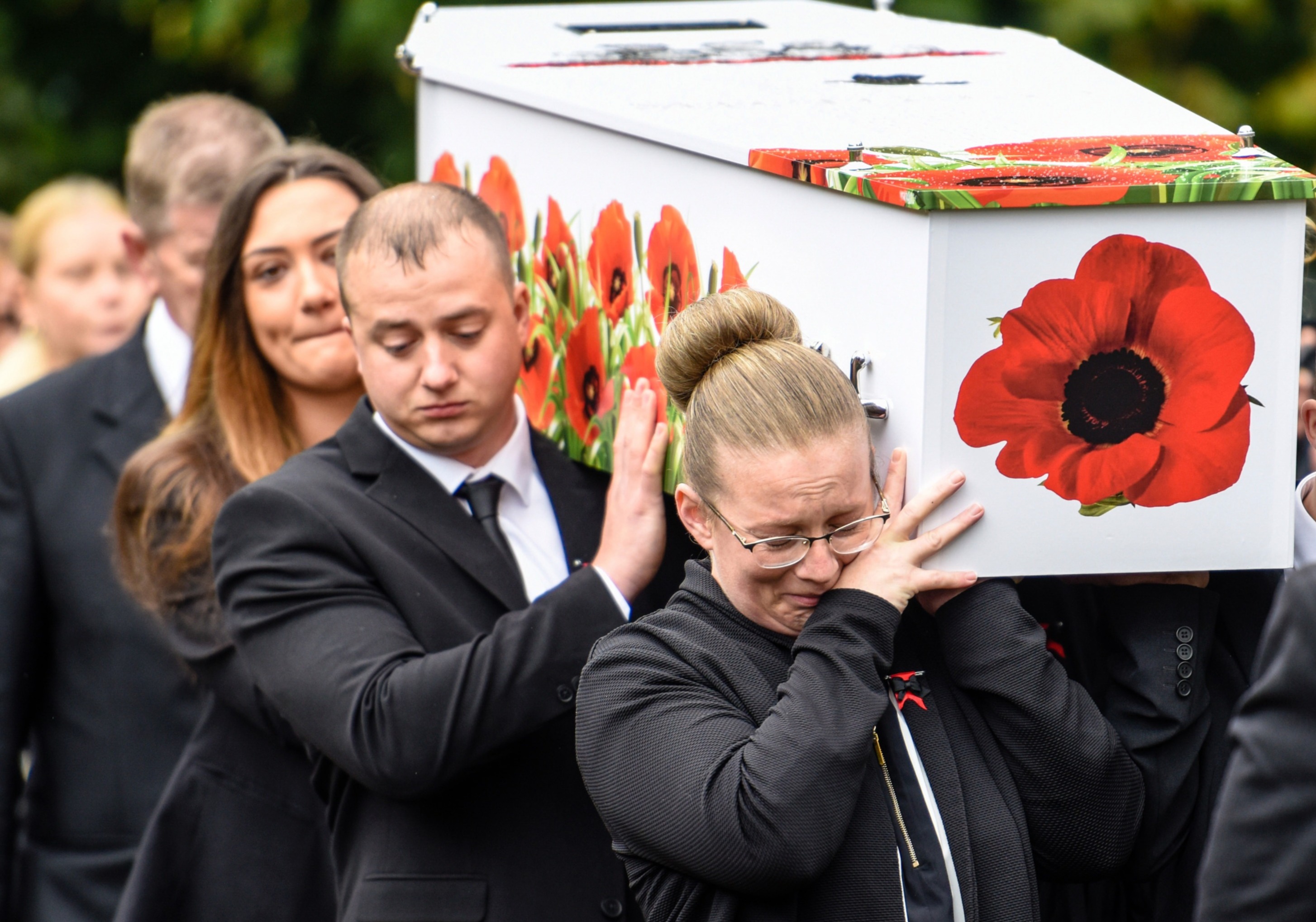 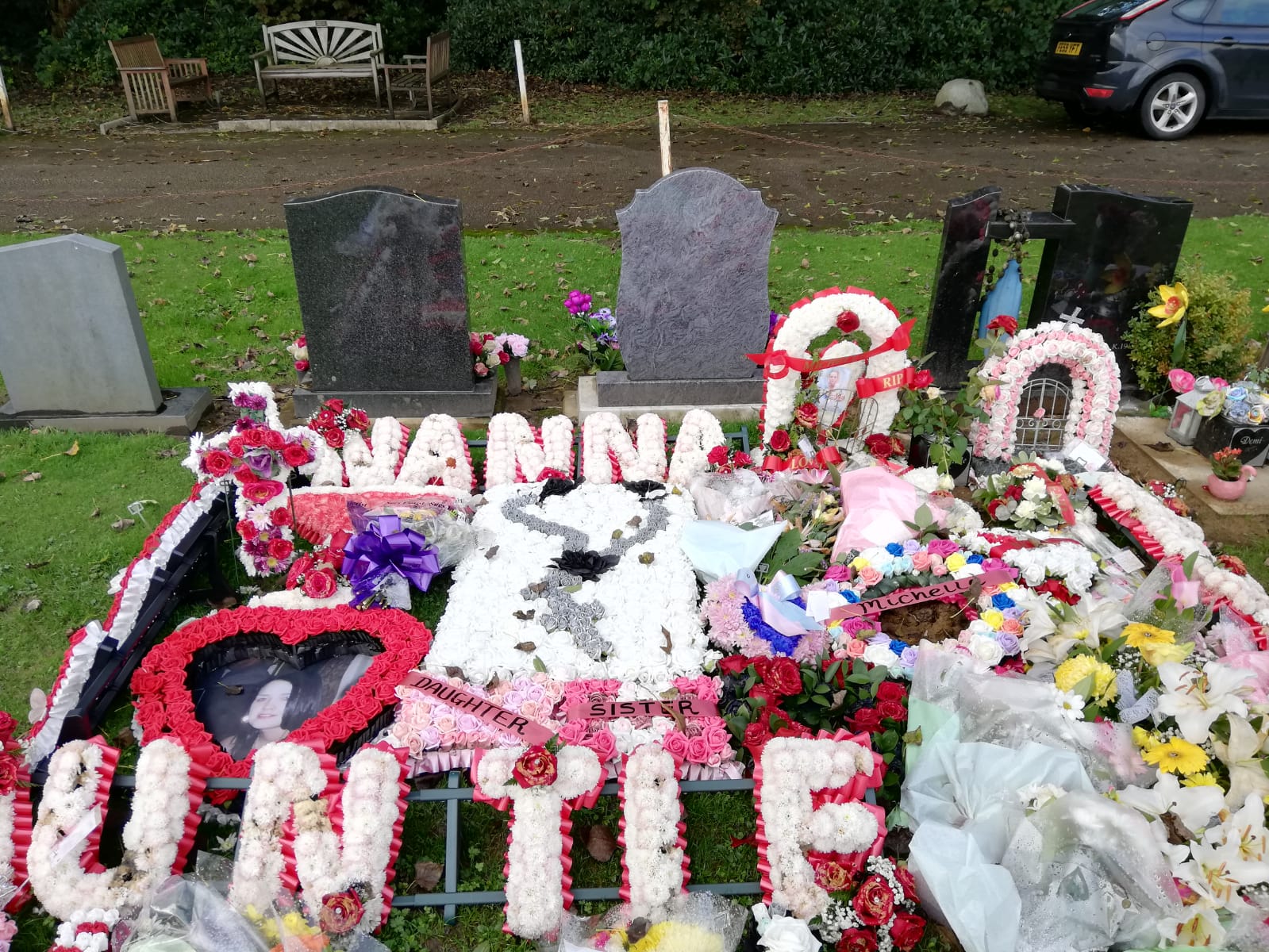 "When you have five children and you only write four cards out, it’s hard," she says sadly. "It's never, ever going to be the same without Michelle."

'Demi would have turned 18'

This year, aspiring architect Brandon should have started secondary school. And "mother hen" Demi would have been celebrating her 18th birthday.

"It’s just awful thinking she’s going to be 18," says Sandra, who visits the grave of her daughter and grandchildren every week.

"She'd not even had a life or anything. 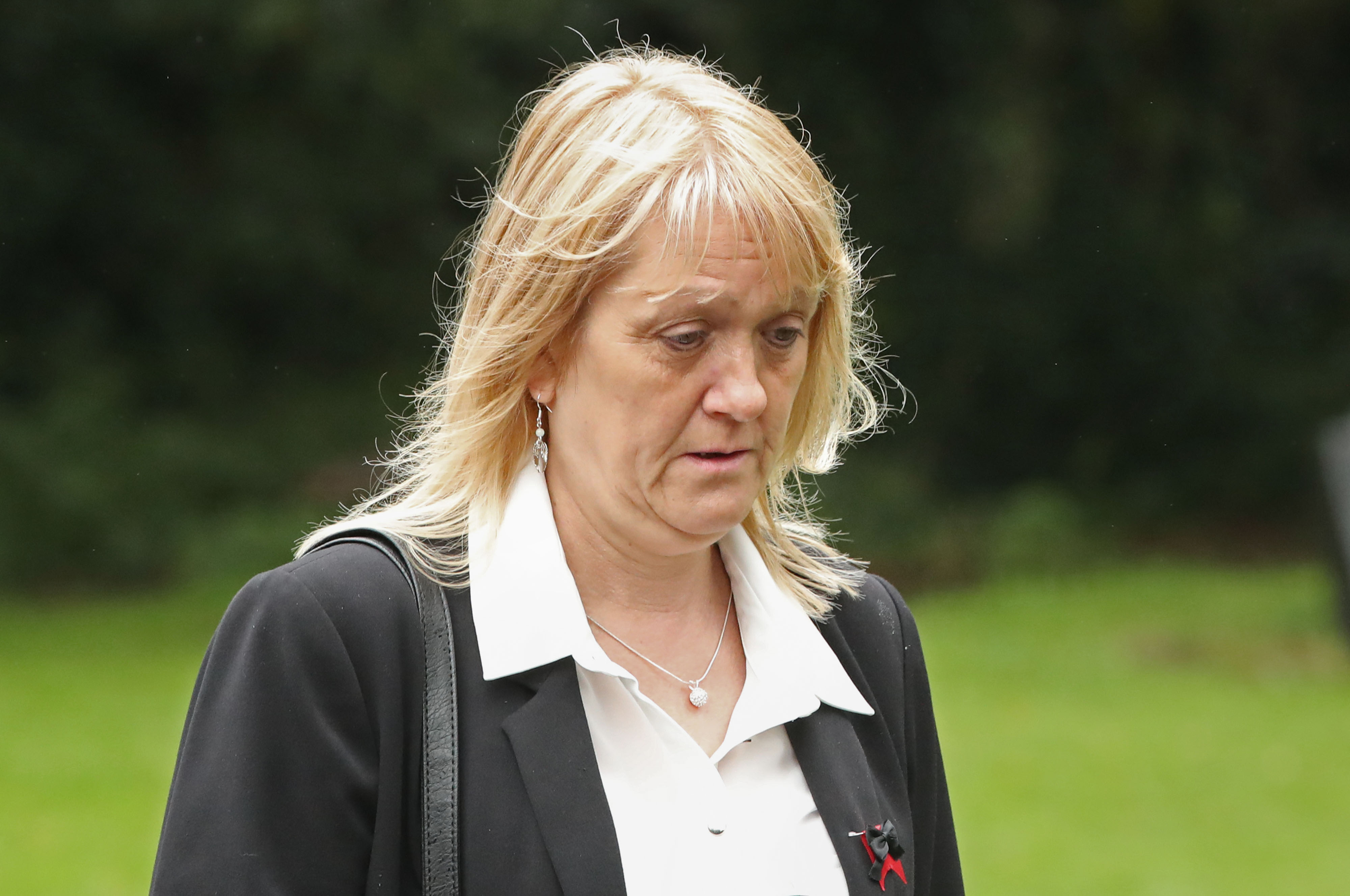 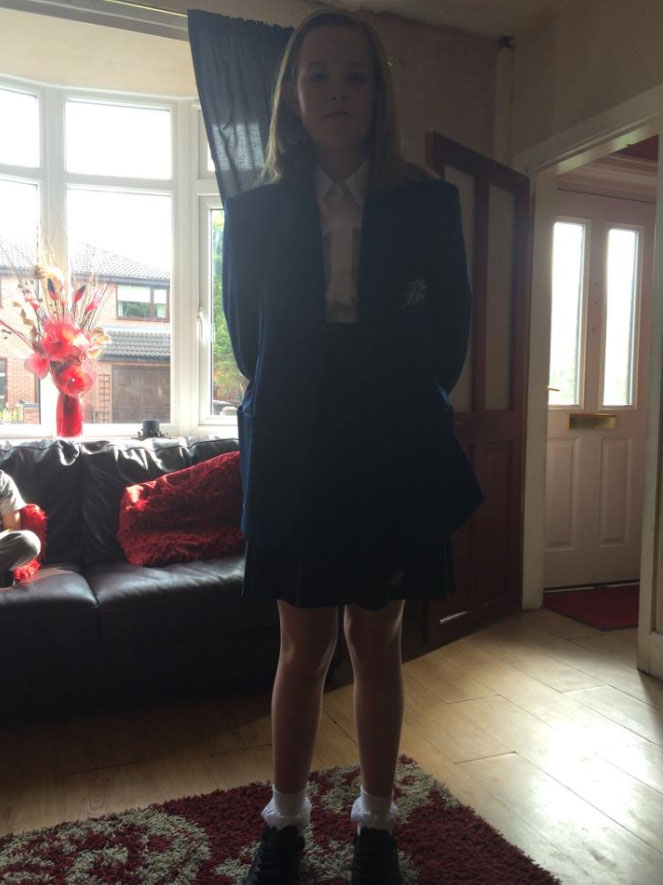 'Covid has kept us apart'

In recent months, coronavirus has only made the family's grief harder to bear, preventing them from supporting each other in person.

“We should all be together like we were [after the children's deaths], all talking together, all in the same room," says the gran.

She adds: "You do more thinking when you’re in the house on your own.

"You're not going out and keeping your mind occupied." 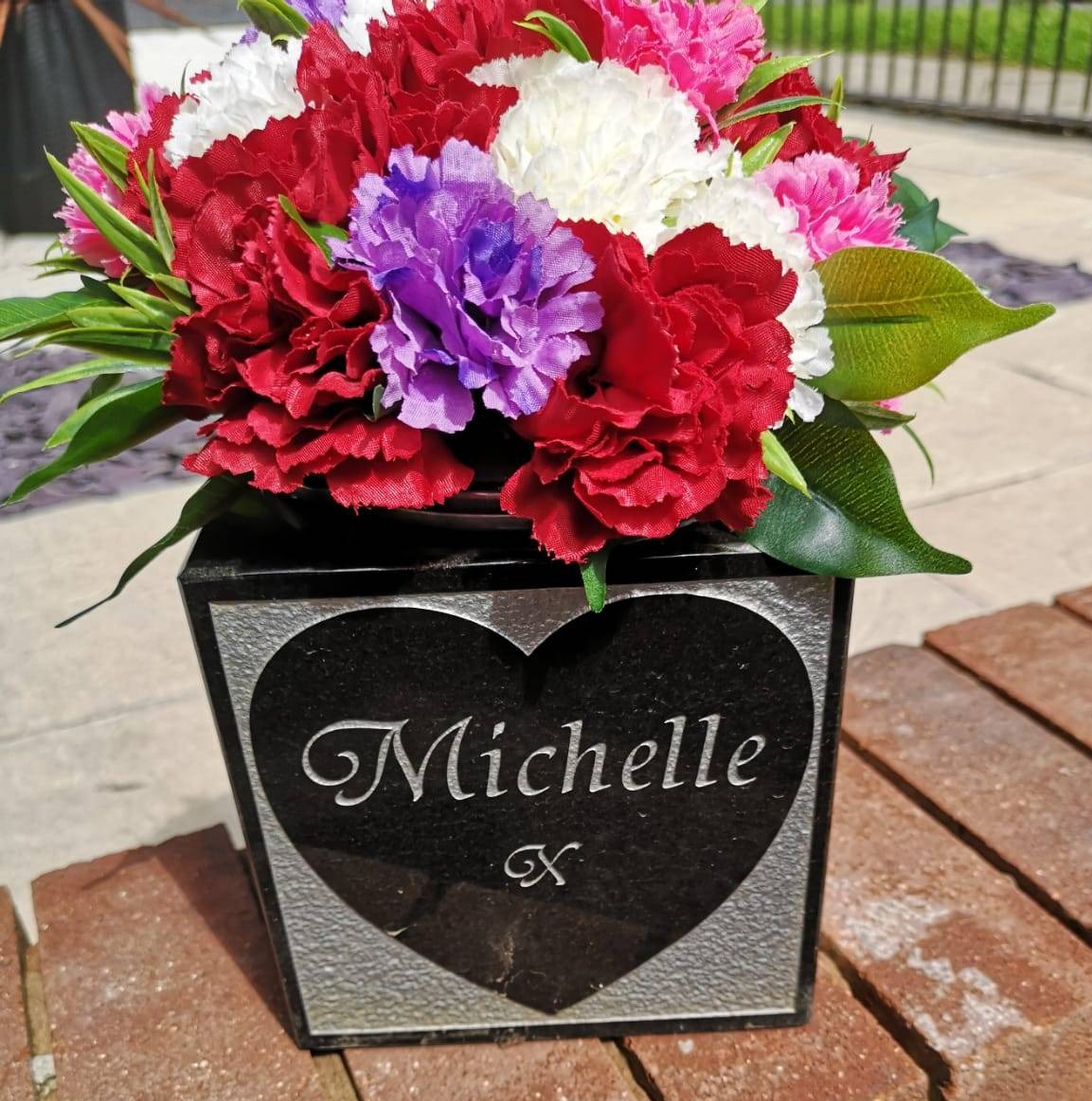 But one thing has brought Sandra some comfort: speaking to Michelle and her murdered children, whose pictures are dotted around her home.

“I spoke to them a minute ago actually," she tells us.

"I know Michelle's here, I can feel her presence.

"I tell her, 'I miss you, I wish you were here, I know you’re happier with the kids, I miss the kids as well, I’m glad you're all together'."

I know Michelle's here, I can feel her presence. I tell her, 'I miss you, I wish you were here'

She adds that Michelle's four siblings do the same.

"We have been struggling," Sandra admits. "I don’t think we’ll ever come to terms with it but we’ve got to try to take every day as it comes." 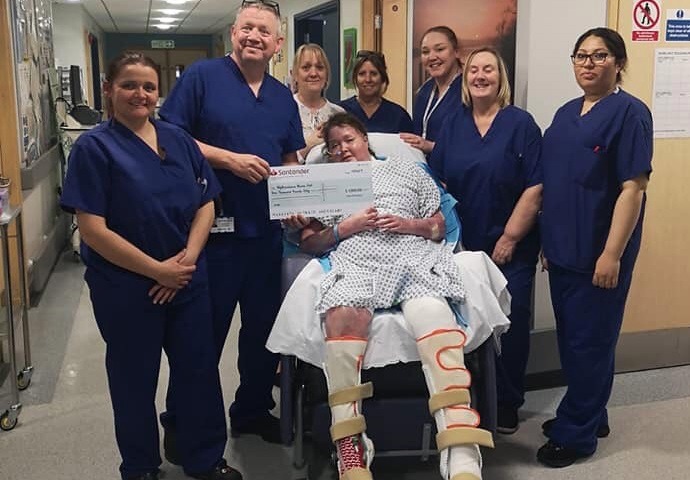 In May 2018, Zak Bolland, 23, was jailed for life – with a minimum of 40 years behind bars – over the arson attack, after being convicted of four counts of murder.

He was also found guilty of three counts of attempted murder (relating to Michelle, her surviving son Kyle, and Kyle's pal, Bobby Harris, who was staying at the family's home).

The thug had been involved in a “petty” feud with Kyle, Manchester Crown Court heard.

A second defendant, David Worrall, then 26, was also convicted of the four murders, and three counts of attempted GBH. He was jailed for a minimum of 37 years.

And Bolland's 20-year-old then-girlfriend Courtney Brierley was locked up for 21 years after being found guilty of four counts of manslaughter. 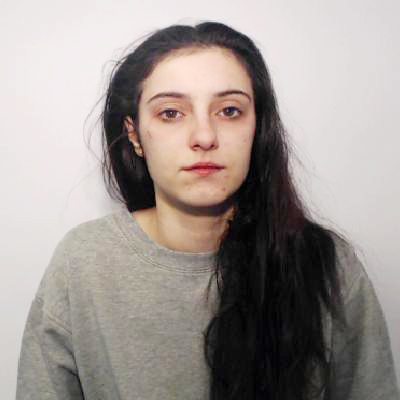 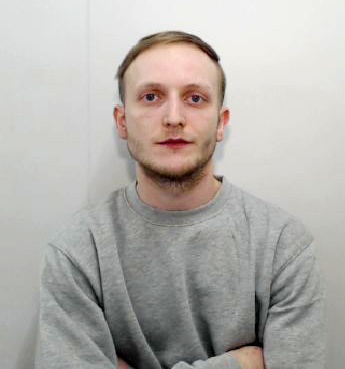 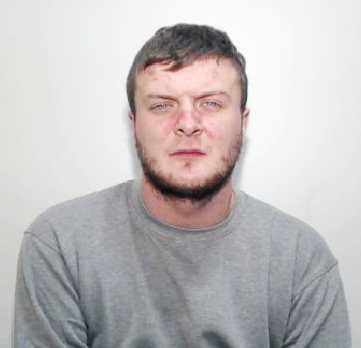 Today, Sandra – who often has flashbacks of Michelle in hospital and in happier times, before the blaze – hopes the trio are suffering behind bars.

“I want them to suffer the way we are," she blasts.

"I don’t want them to take their own lives, obviously, I just want them to suffer every day knowing they can’t get to see their family like we can’t see Michelle and the kids."

This week, while Bolland, Worrall and Brierley languish in prison, Sandra is marking the anniversary of Michelle's death with her loved ones, possibly including a balloon release.

"I haven't been looking forward to it, but we had to go through it with the kids," she says. 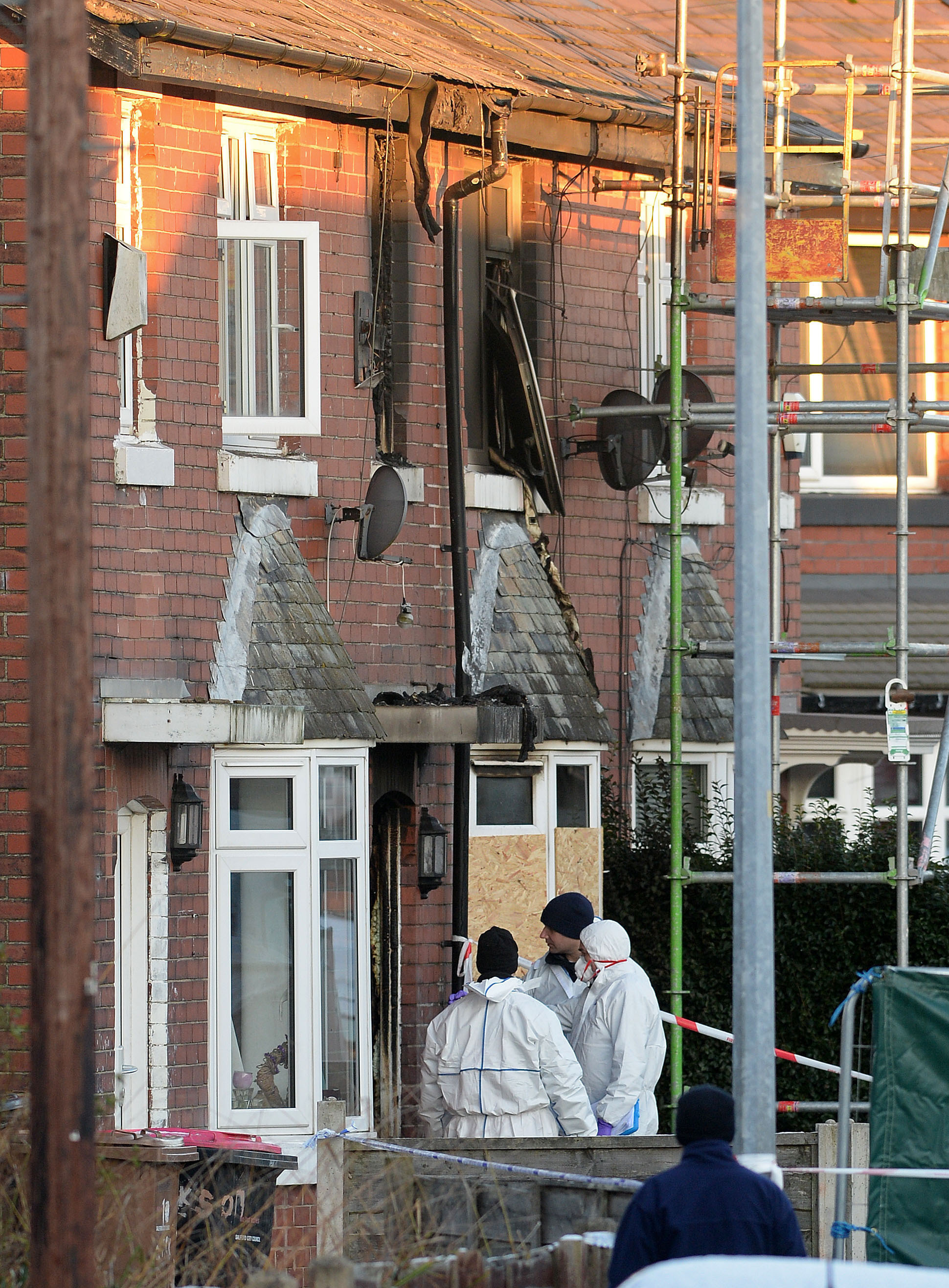 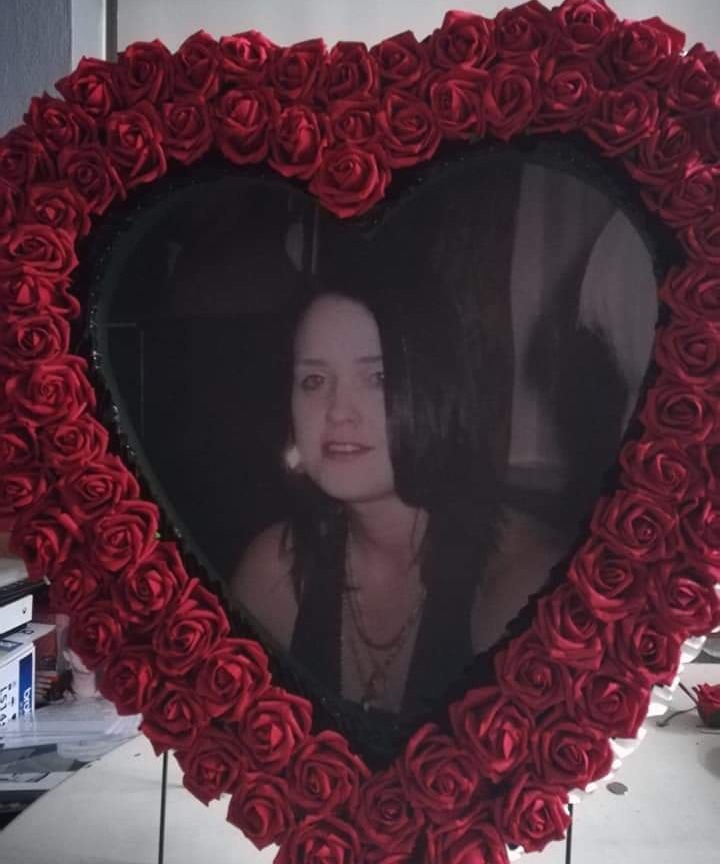 She also knows there's another unwelcome day ahead: the council has told her that Michelle's badly damaged home, which has been closed off since the fire, will be finally pulled down later this year.

"It obviously can’t stay up with what it is," says Sandra. "I’ve not been in, I won’t go in. But for the house not to be there – that’s upsetting."

Yet the thought that will get her through it – as with all the challenges she's already faced this year – is that of her daughter's smiling face.

“When something really bad happens, you want it to be a dream," says Sandra, who still receives huge support from the Walkden community.

"But it’s not. Sometimes I can’t get my head around what happened."

She adds: “People say to me all the time, 'how are you going through it? I say to them, 'because I know Michelle’s happier with the kids'.

"That’s what I’ve got to have in my brain, that's what I've got to think.

"I’m going to be happy because she’s happy."