My son was jailed as a teenager for stealing a mobile phone… SEVEN YEARS later he still doesn’t have a release date, says worried mother who fears ‘indeterminate’ tariff could kill him

A heartbroken mother, whose son was jailed indefinitely as a teenager for stealing a mobile phone, fears he may take his own life.

Kiya Smith, 24, from Cardiff, who was jailed in 2011 for robbery, is yet to receive a release date seven years after his crime.

After his arrest Smith was not given a specific period of time to spend behind bars but instead handed a sentence of imprisonment for public protection (IPP).

Offenders who are handed an IPP are set a minimum term (tariff) which they must spend in prison before they can apply to a Parole Board for release. 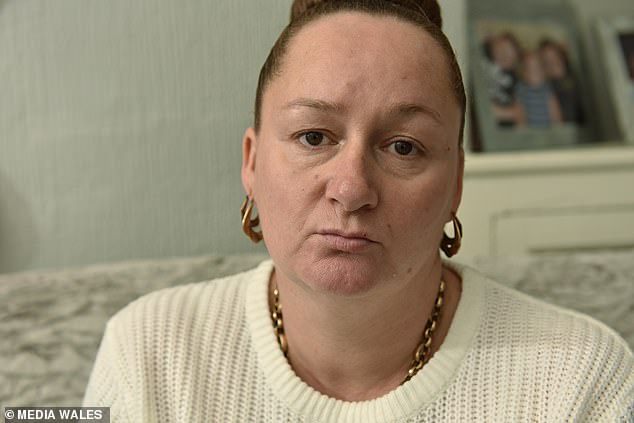 Mother Donna Wall, 44, from Ely, Cardiff, fears for her son Kiya Smith’s life after he was jailed indefinitely as a teenager for stealing a mobile phone

Offenders must demonstrate to the Parole Board that they are no longer a threat.

The sentences were introduced by the Criminal Justice Act 2003 and were meant to protect the public from offenders whose crimes did not merit an ordinary life sentence.

But when IPP sentences were abolished by the UK Government in 2012 they were not scrapped retrospectively for 4,500 prisoners who had already been sentenced to them.

In the first eight months of 2018, according to Ministry of Justice figures, 548 prisoners serving IPP sentences were freed from jail.

Since his imprisonment, Smith has missed out on seeing his eight-year-old daughter Latatya grow up and has missed the birth of his young sister.

His mother Donna Wall, 44, from Ely, Cardiff, says living life without a light at the end of the tunnel has affected her son’s mental health and has caused him to be placed in isolation and to self-harm. 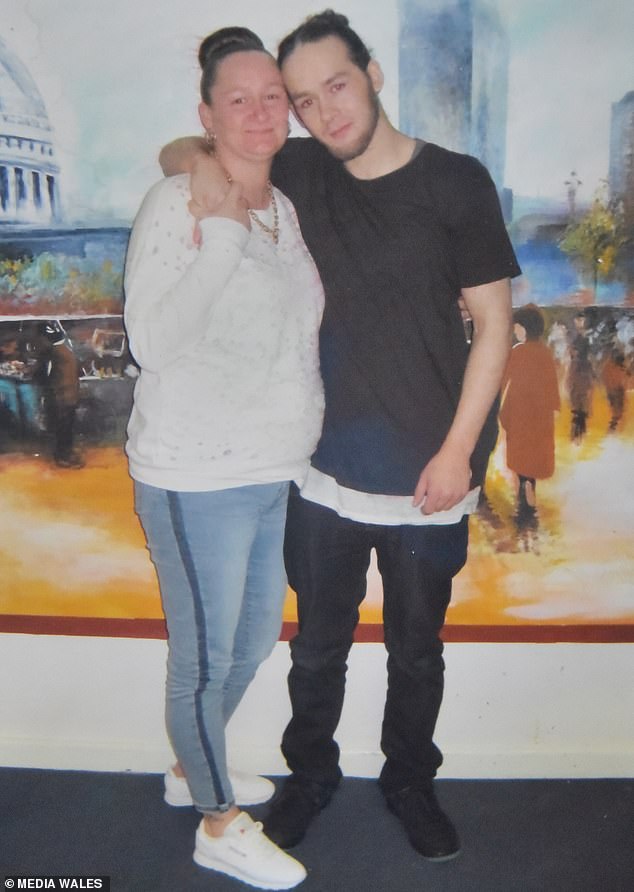 Kiya Smith, 24, from Cardiff, who was jailed in 2011 for robbery, is yet to receive a release date seven years after his crime. His mother has seen a decline in his mental health and said he has started to self-harm

Now she is campaigning for IPPs to be removed retrospectively in order to give her son some hope that he will be released.

She said: ‘I am horrified I will get a knock on the door and or a phone call saying he’s hung himself. I worry about him all the time and I can’t sleep properly.

‘I can’t speak to him on the phone at Christmas because it’s too upsetting so I put him on to his brothers and sisters so he can ask them what they’ve had for Christmas.

‘His mental health is suffering, he’s self-harming. I went to see him [recently] and I saw the marks on his arms. He was in Long Lartin [prison] and he was in segregation for eight months.

‘He volunteered for this PIPE (psychologically informed planned environments) course to be told there’s a three-year waiting list. 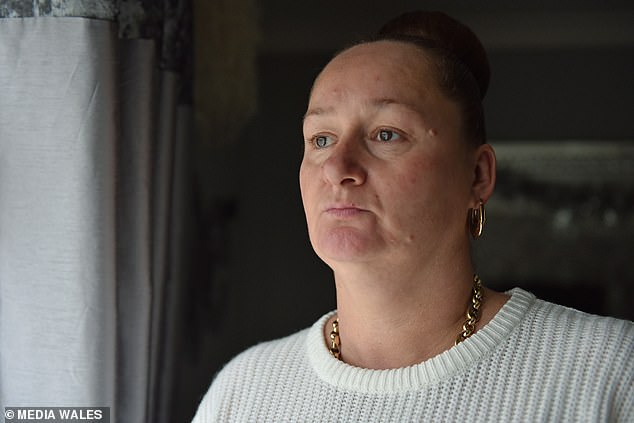 Ms Wall said: ‘His mental health is suffering, he’s self-harming. I went to see him [recently] and I saw the marks on his arms. He was in Long Lartin [prison] and he was in segregation for eight months’

‘He’s now in Swaleside in the Isle of Sheppey where he’s in isolation – they have got to house him back on the wing.

‘It depends when I can get a lift when I can go and see him. He asks me when am I coming next and all I can say is I don’t know.’

Over the last year Smith has not been able to get an appointment with the Parole Board after his parole hearing was cancelled twice.

‘When I saw him last he was all right but when he phones me you can hear in his voice he’s really down while on the visit he may have put up a front.

‘He says he’s okay but he knows deep down he’s not.

‘Lataya came up [recently] – it was the first time she could hug her father in ages. She asks when is her dad coming home and I can’t answer her.

‘We don’t even know when his next parole [hearing] is.’

Ms Wall is now campaigning with Shirley Debono whose son Shaun Lloyd, also from Ely, served three times more inside than his minimum tariff of two years and nine months after being convicted of robbery in 2006, to get IPP sentences scrapped.