YANGON (Reuters) – A Myanmar court on Friday sentenced two men to death for the murder of a prominent Muslim lawyer, Ko Ni, who was an adviser to government leader Aung San Suu Kyi and an advocate for reforming a military-drafted constitution. 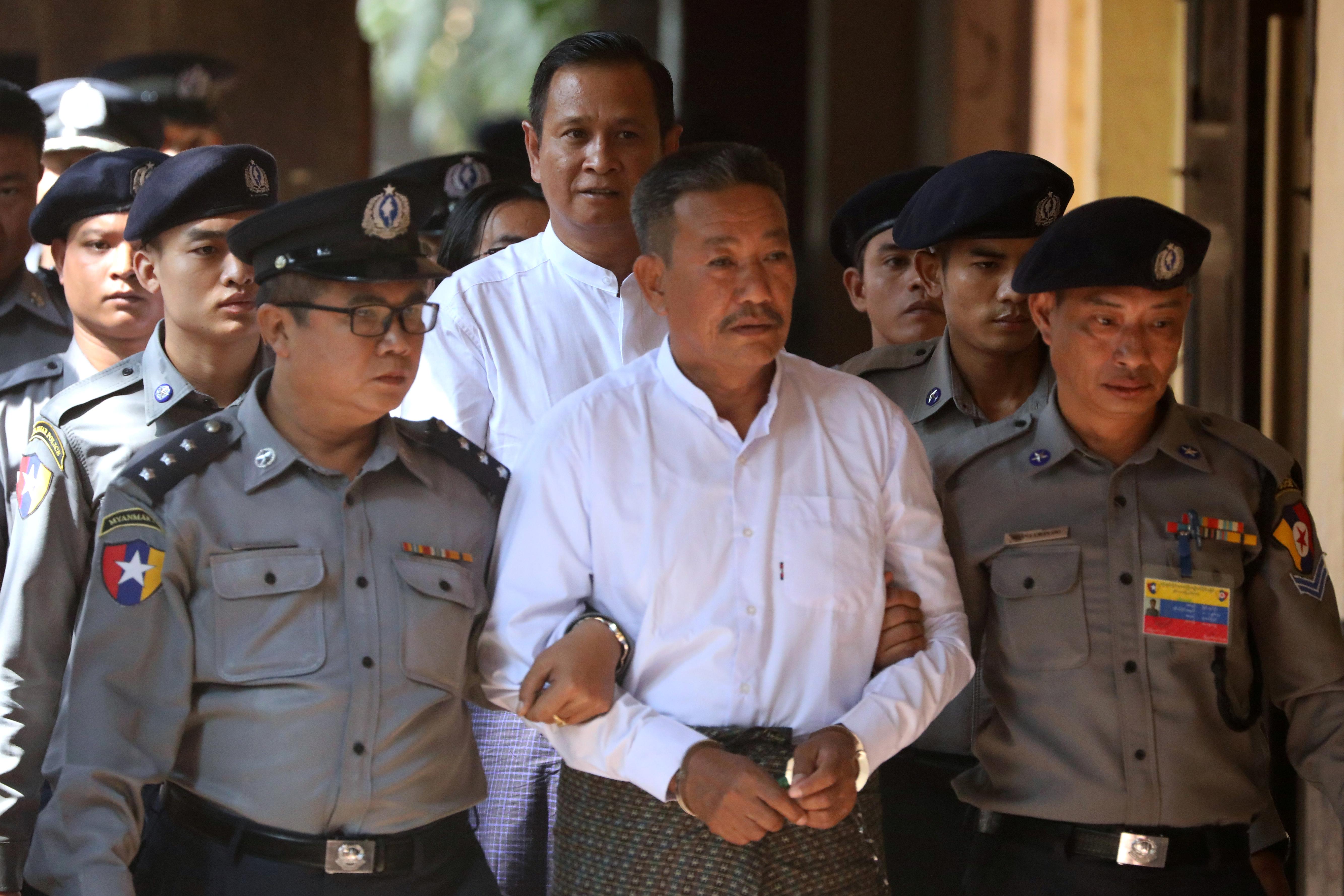 Ko Ni, 63, was shot dead at Yangon International Airport just over two years ago. Two men were also jailed for their involvement in the murder, which raised concern about Myanmar’s transition to democracy after decades of military rule.

A panel of judges at Yangon’s northern district court sentenced gunman Kyi Lin and a former military officer accused of hiring him, Aung Win Zaw, to death for killing Ko Ni, said Judge Ye Lwin, who was not directly involved in the case but announced the verdict to reporters.

Judges sentence convicts to death for crimes including murder, but no sentences have been carried out for decades.

Kyi Lin was caught at the scene moments after Ko Ni’s killing when taxi drivers tackled him. He was also handed a 23-year jail sentence for killing one of his pursuers, driver Nay Win, and other charges, Ye Lwin said.

“The two have seven days to decide whether to appeal or not. I have to ask them,” defense lawyer Kyaw Kyaw Htike told reporters outside of the court.

One alleged plotter, Aung Win Khine, who is a brother of the convicted killer Aung Win Zaw, and was accused of initiating the murder plot, is at large.

Another former military officer, Zeyar Phyo, was sentenced to five years in prison for helping Aung Win Khine destroy evidence of the crime, according to Ye Lwin.

Another brother from the same family, Aung Win Tun, was given three years for harboring an offender, the judge said.

A Reuters special report in December uncovered close and enduring links between the security establishment and Zeyar Phyo. (Link to special report: here)

The four men were led out of the court into a police van.

As news of the verdicts reached a crowd outside the court, two supporters of Ko Ni shouted out in protest, warning that what they saw as the light sentences for the co-conspirators set a dangerous precedent.

“This is not fair at all,” they shouted.

Suu Kyi published a statement on the second anniversary of the murder last month saying it was a “big loss for Myanmar”.

The party has set up a parliamentary committee to discuss amending the 2008 constitution that entrenches the power of the military. Amending it has long been a central aim of Suu Kyi and her party. 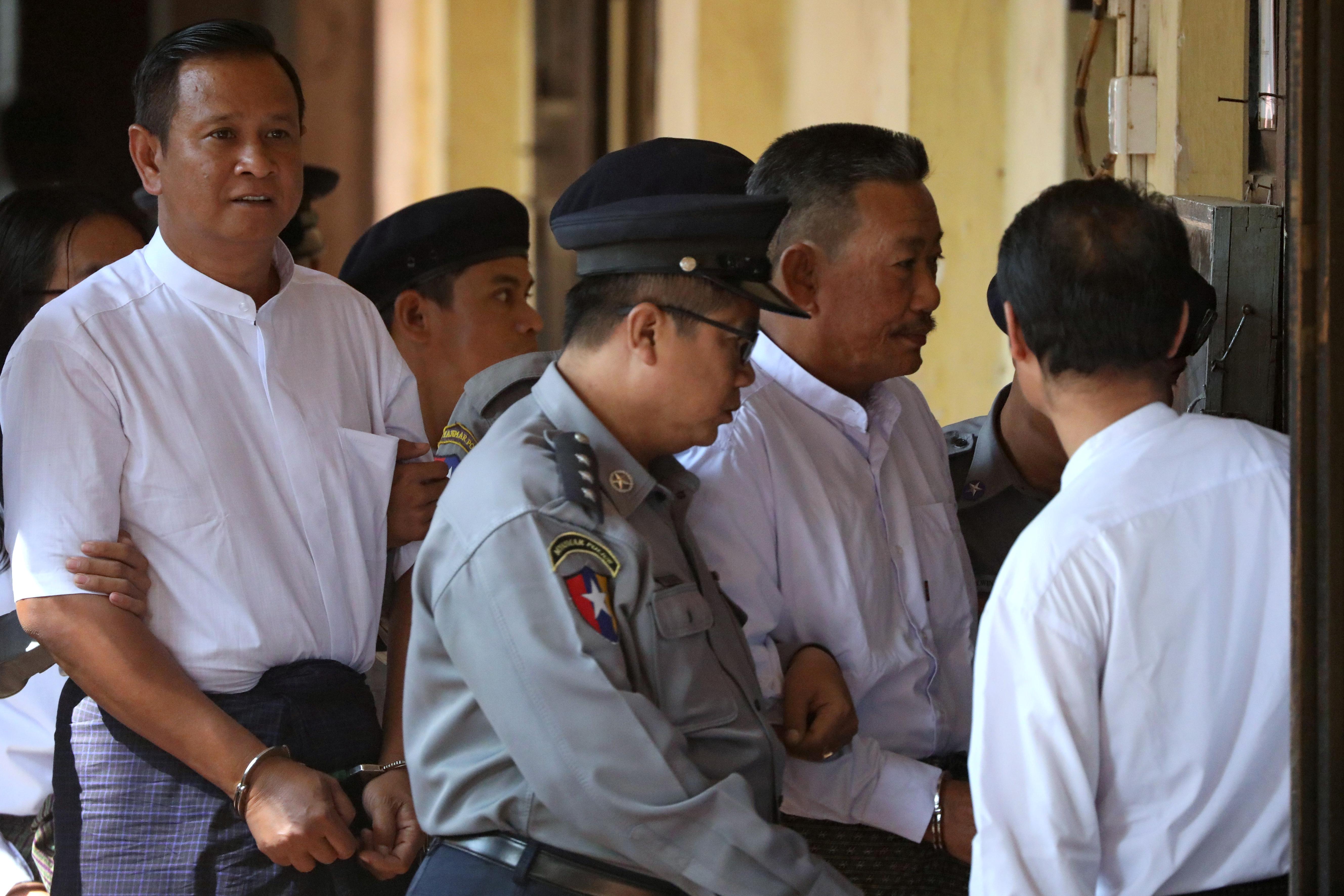 In closing arguments in the landmark murder trial this month, lawyers for the defendants proclaimed their innocence, or asked the court for lesser charges.

Robert San Aung, lawyer for the family of the slain taxi driver, welcomed the convictions, but said the other men involved in the killing had received light punishments.

“Although there are records that Zeyar Phyo was talking on the phone with Aung Win Khine, he was not punished for the murder,” said Robert San Aung. “That is not enough.”