Heartbreaking images show the female dolphin’s corpse mutilated with other deep cuts along her body, which were apparently inflicted at sea, say rescuers. 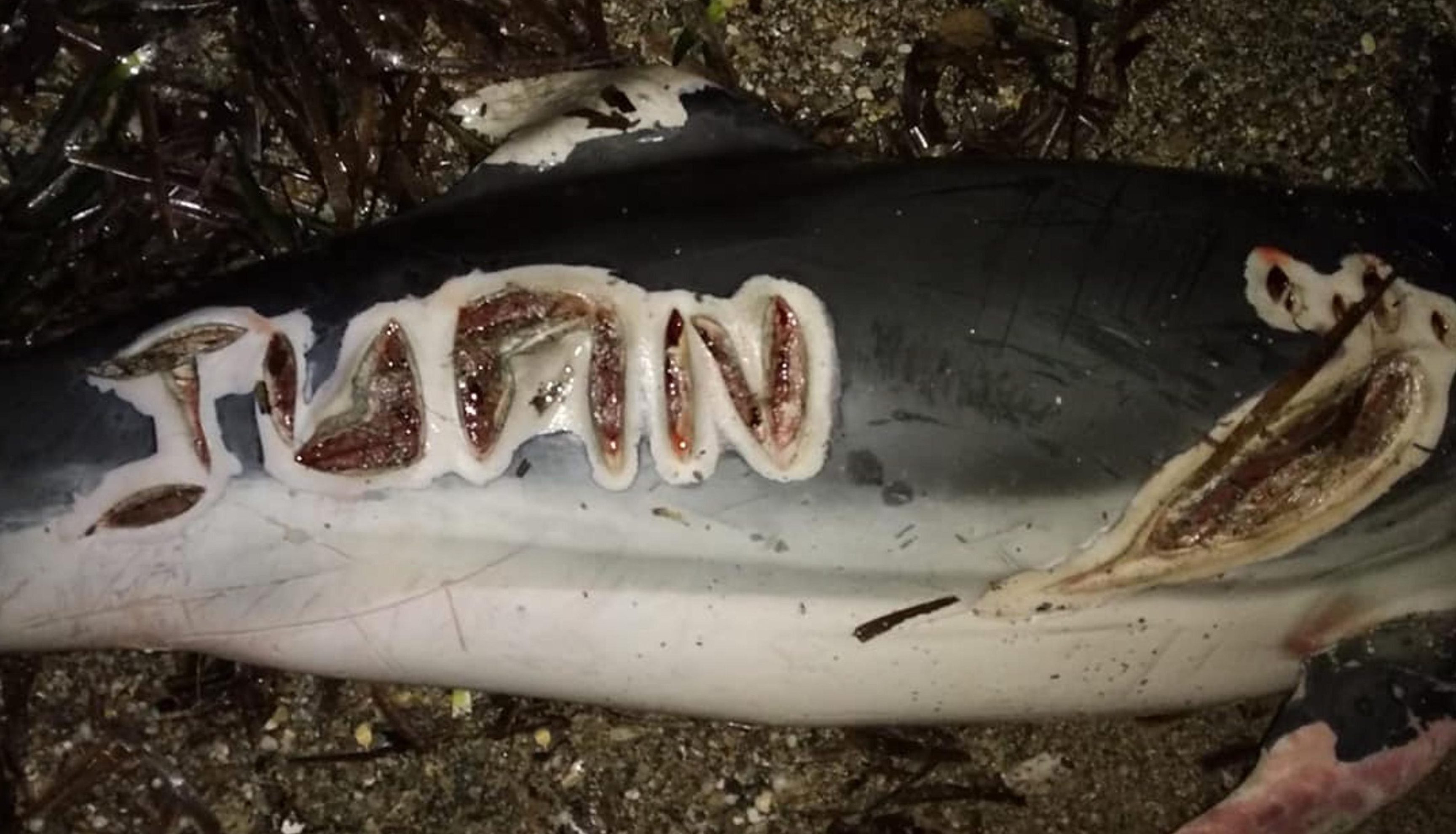 The mammal was found washed up on a beach in the residential area of Roquetas de Mar, in the southeastern Spanish province of Almeria.

Members of Equinac, an organisation which rescues and recovers marine fauna, worked alongside police officers yesterday to remove the body.

Equinac coordinator Eva Maria Moron told Central European News: "The injuries and the cuts were not done at the beach.

"It must have happened at sea and the storm has pulled it out of the water."

Manu and Ana, members of Equinac, said: "We were overcome with indignation when we saw the name carved into the body, and other different cuts, something that was not done today nor at the beach.

"To you Juan, the one who did this, we only want to say that with a bit of luck we will catch you for another offence."

When the organisation posted photos of the carved-up dolphin on Facebook, people expressed their shock at the “barbarity” of the attack.

One woman said that whoever cut the animal was a “savage”. 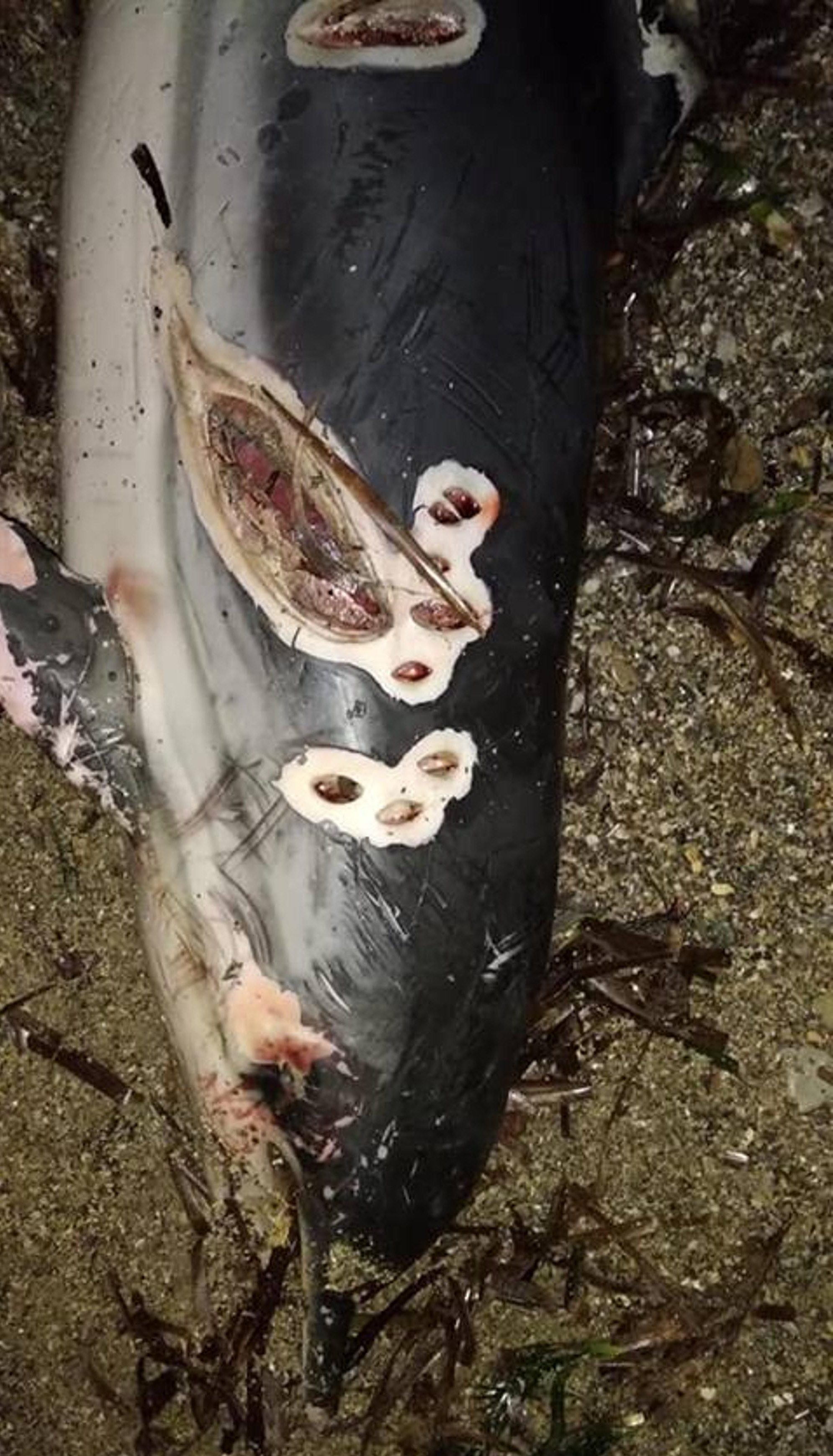 Almeria 360 reported that the dolphin appeared to have sections of it sliced “with fishing gear”.

Eva said Equinac's "main hypothesis is that it was not alive when it was cut, but it is still unclear how the animal died – if it was due to human activity or something else."

Spanish Civil Guard sources told reporters that the Department of Marine Service has been investigating the appearance of other dolphins found dead on the beach for months.

This latest case will be added to the probe.

Eva said that Spanish law stipulates that should anyone find a dead dolphin they should notify the authorities.

She added that even fishermen who catch dolphins by accident in nets or with hooks should also notify officials.

Eva said: "We want to make people aware of the importance of taking care of protected animals, such as marine turtles or dolphins.

"Some people in the fishing industry are against these animals as, for example, they say that dolphins are eating their fish or breaking their nets and we should be aware of that."

The police are currently investigating the mutilation, and no arrests have been reported.