MYSTERY surrounds northwestern states in the US as more than 50 earthquakes hit the region in 24 hours, sparking tsunami fears along the Oregon coast.

The series of quakes, which began early Tuesday morning and continued into Wednesday, were all between 200-250 miles west of the coastal town of Newport, Oregon. 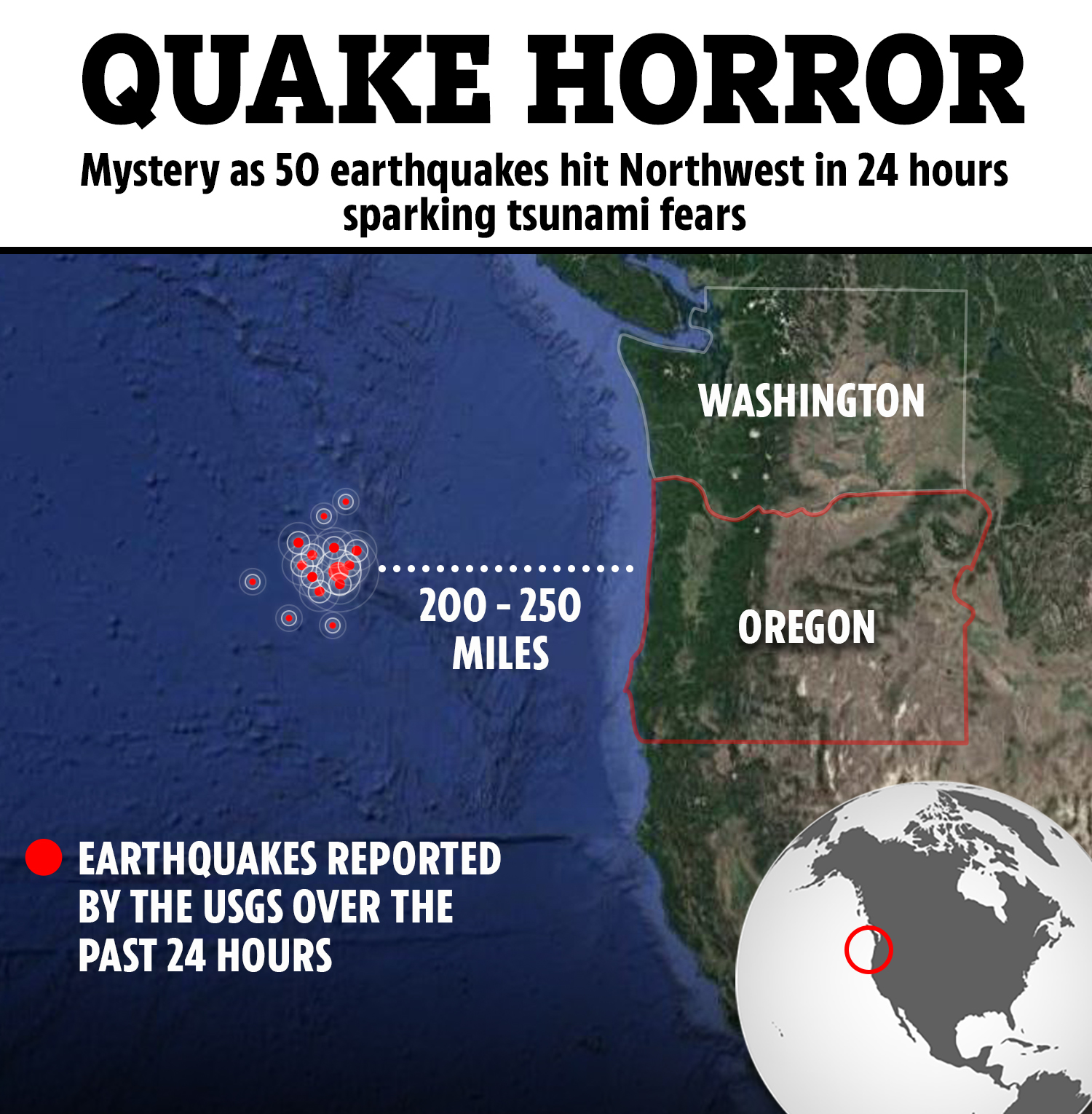 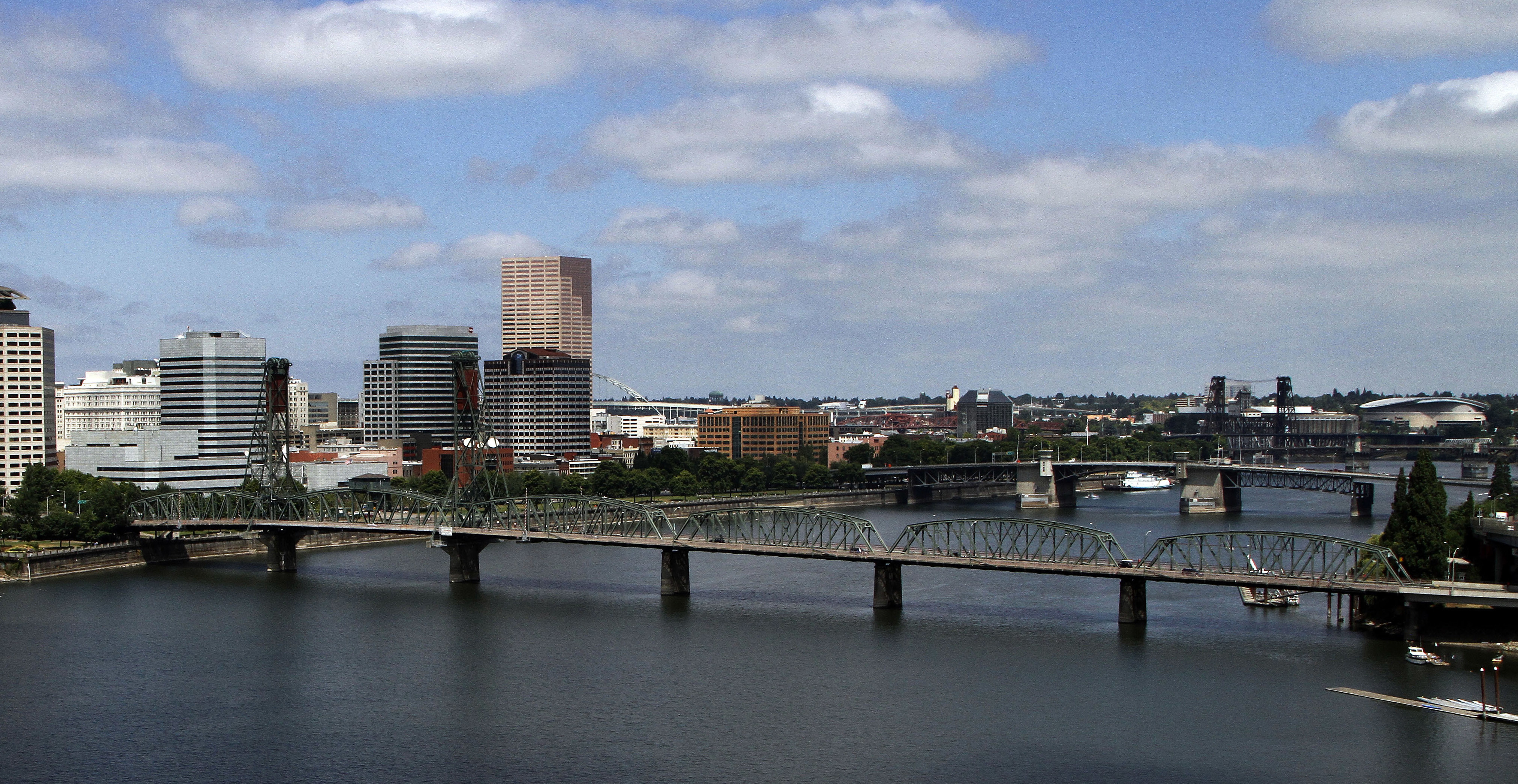 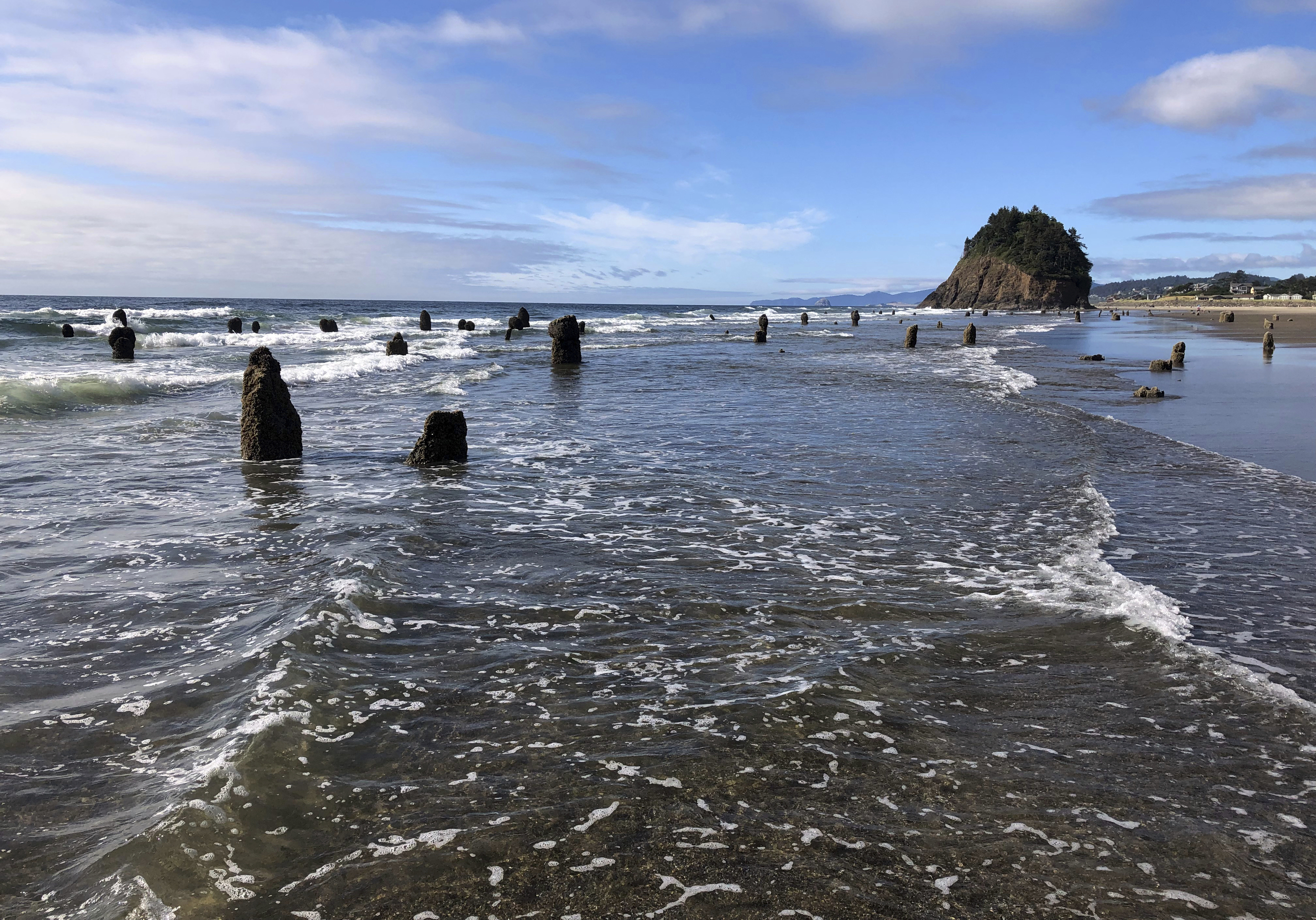 According to the Earthquake Hazards Program, as of 7am local time, the quakes have continued to rattle the northwestern states.

The Pacific Northwest Seismic Network tweeted that this area — the Blanco Fracture Zone — is one of the most seismically active near North America, and the high activity is not a cause for concern.

The zone has produced more than 1,500 quakes of magnitude 4.0 or greater since the 1970s and is more active than the San Andreas Fault in California.

"If you had asked me yesterday where on Earth would be most likely to produce a bunch of magnitude 5.0+ quakes in a single day, this would have been high on my list," Harold Tobin, Director of the Pacific Northwest Seismic Network at the University of Washington, told CNN.

The series of quakes has sparked tsunami fears among west coasters on Twitter.

'will never forget you'

Fearne Cotton heartbroken after death of 'best friend' of 20 years

One person wrote: "PEOPLE ON THE WEST COAST OF AMERICA, BE PREPARED!"

Another person wrote: "WTF is going on off the Oregon coast? This swarm along fault line has not stopped. Tsunami?"

The Blanco Fracture Zone rarely leads to destructive quakes despite the constant shacking.

"Blanco Fracture zone quakes are strike-slip (lateral motions of the crustal blocks on either side, rather than up-down displacement), so it is very unlikely for them to pose a tsunami threat, even if a bigger quake happened, like a magnitude 7.0 for example," Tobin told the outlet.

However, seismologists have raised concerns about ShakeAlert earthquake warning system.

ShakeAlert is an early earthquake warning system launched in Oregon earlier this year. 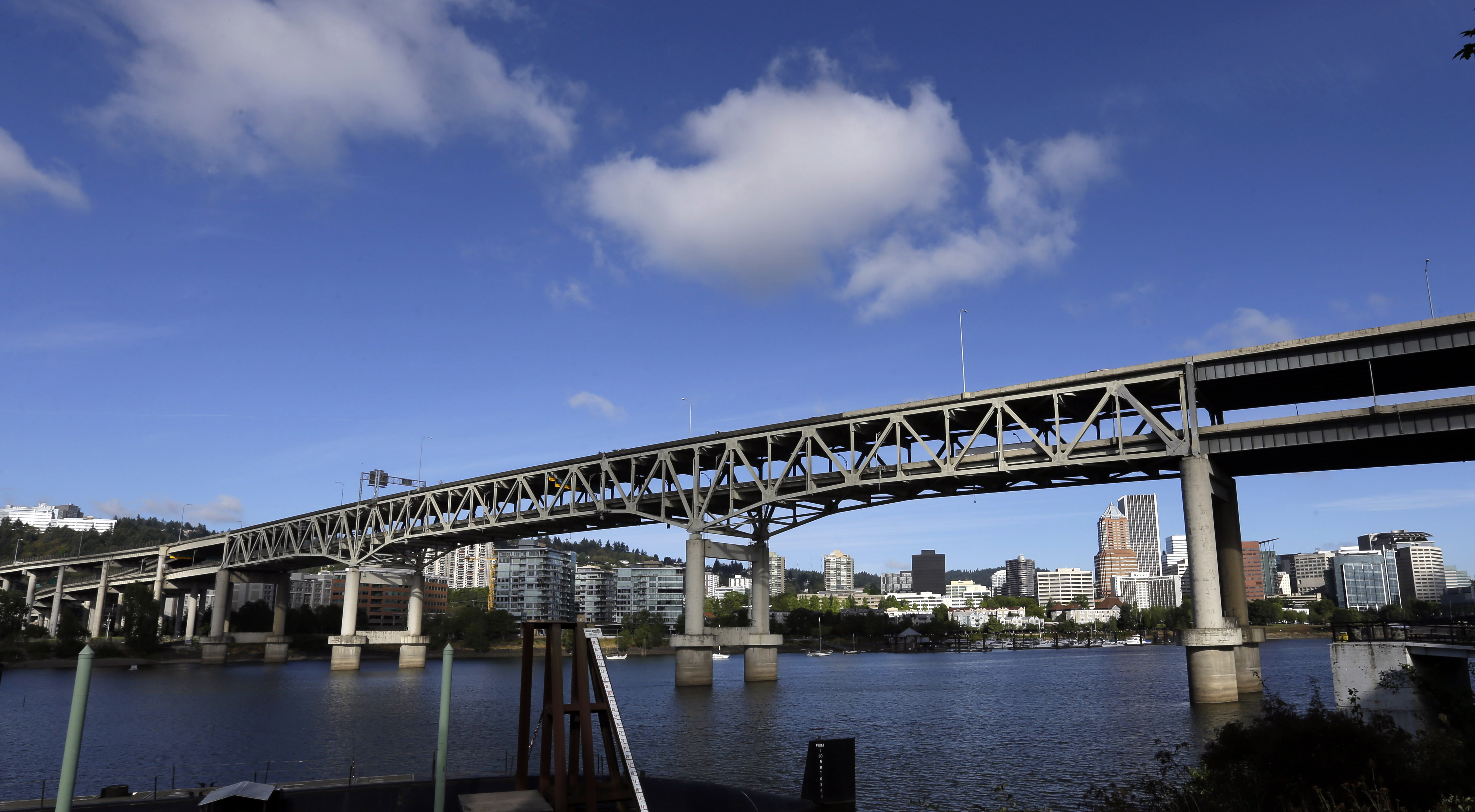 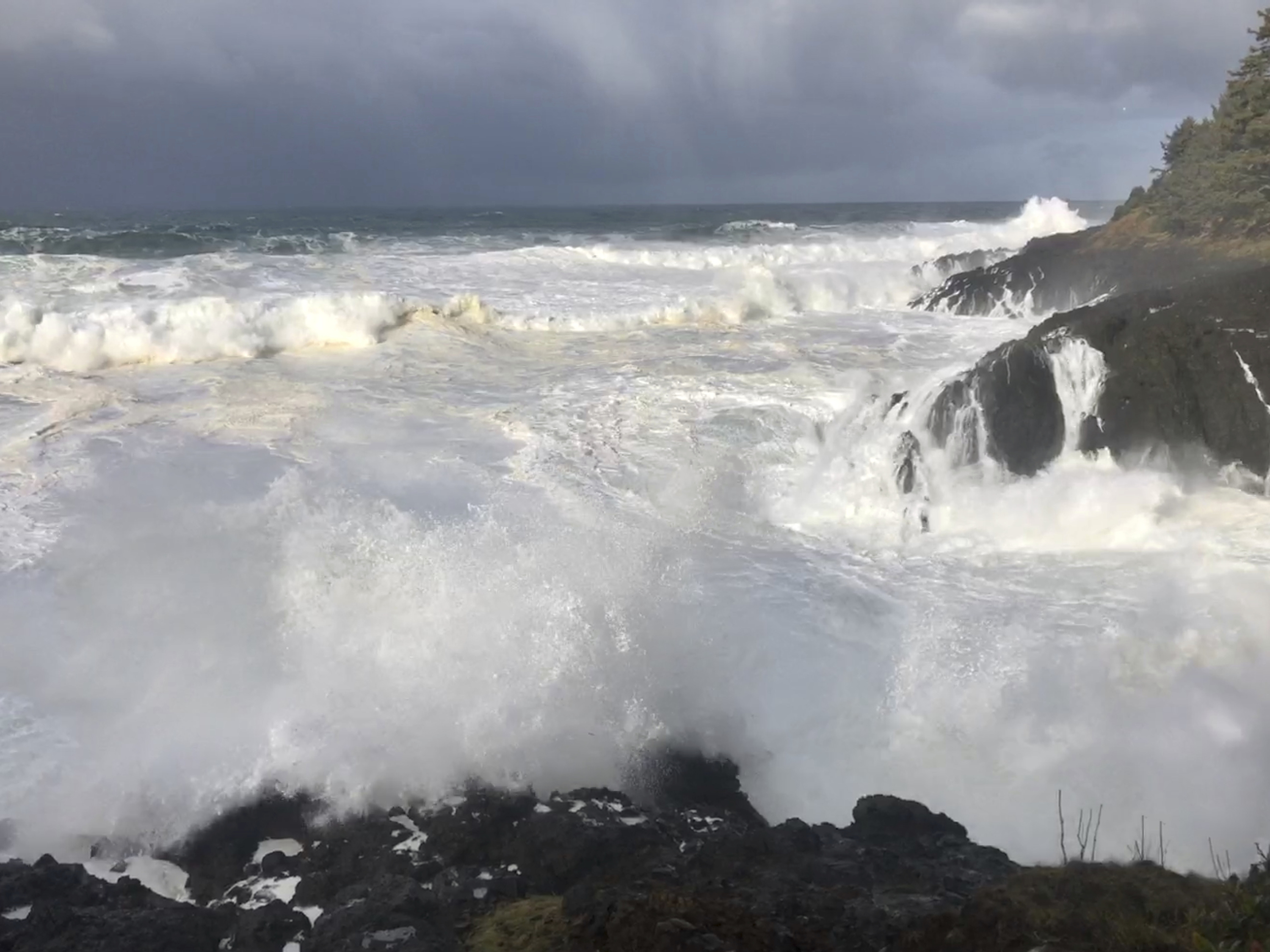 The system comprises a network of sensors that shares information about the magnitude, location and expected shaking from earthquakes on the west coast.

Seismologists at the University of Washington are concerned that major population centers like Seattle and Tacoma may not receive timely warnings that shaking is coming.

If the level of the new ShakeAlert system remains set too high to avoid notifications of smaller non-damaging quakes, the system may not be able to correctly send out notifications that shaking is heading to certain areas, in some cases until after the shaking had already reached those areas.