The Tory leadership race turned increasingly bitter today, despite ministers warning both camps that the ongoing mudslinging is ’embarrassing’ the party.

Nadine Dorries lashed out at Rishi Sunak today after it was revealed he went campaigning in a £3,500 suit and £490 Prada shoes.

The Culture Secretary, who backs Liz Truss, contrasted it with his opponent’s more homespun appearance, saying the Foreign Secretary Ms Truss is more likely to be seen in a pair of £4.50 earrings from high street chain Claire’s.

But her sniping on Twitter provoked a backlash from Team Rishi, with Guildford MP Angela Richardson, who backs Sunak, replied: ‘FFS (for f***’s sake) Nadine! Muted.’

In turn, Truss backer Marcus Fysh said he would be muting supporters of her rival.

The very public blue-on-blue attacks came as Truss and Sunak are due to go head-to-head in a BBC debate tonight.

The last planned tv debate, on Sky News, was axed last week amid fears that public fighting was damaging the party.

And there were similar pleas for calm today, with Veterans Minister Johnny Mercer tweeting: ‘Probably worth remembering that on current trajectory we are out of power in two years time. The puerile nature of this leadership contest is embarrassing. Time to raise the standards.’

She added that if the two camps didn’t calm down ‘the lasting damage to our Party could see us out of power for a decade’. 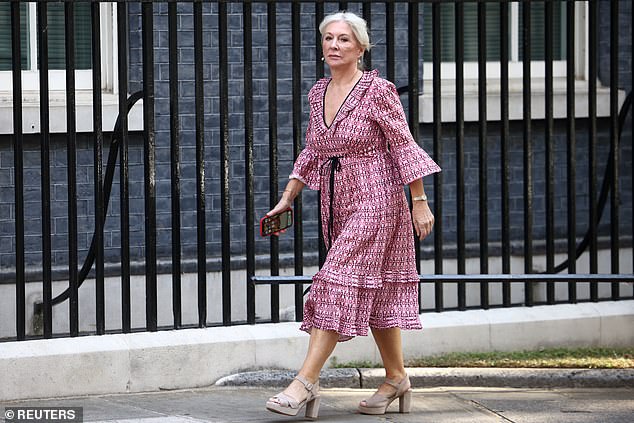 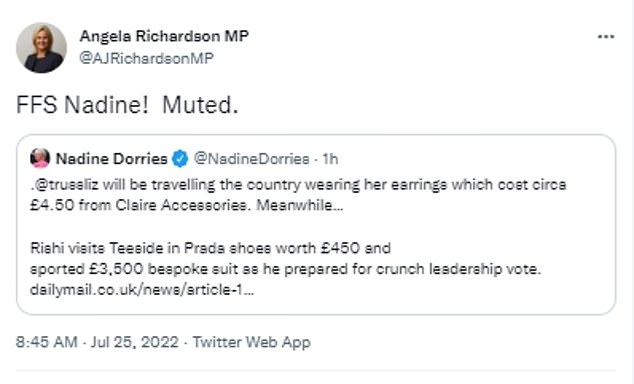 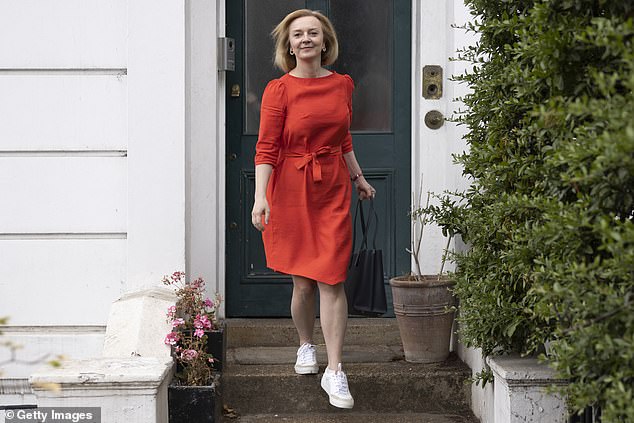 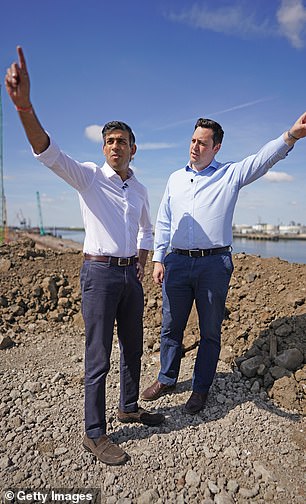 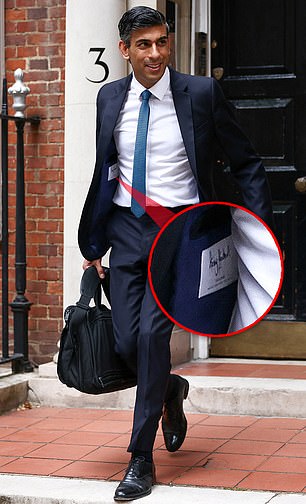 Nadine Dorries lashed out at Rishi Sunak today after it was revealed he went campaigning in a £3,500 suit and £490 Prada shoes.

Mr Sunak was seen wearing a Henry Herbert suit – worth a reported £3,500 – ahead of the vote which saw him and Ms Truss selected by Tory MPs as the final two candidates to be the next Conservative Party leader and prime minister.

His choice of Prada shoes on a visit to a construction site in Redcar also caught Ms Dorries’ attention.

The Culture Secretary said Ms Truss ‘will be travelling the country wearing her earrings which cost circa £4.50 from Claire (sic) Accessories.

‘Meanwhile… Rishi visits Teeside (sic) in Prada shoes worth £450 and sported £3,500 bespoke suit as he prepared for crunch leadership vote.’

Ms Dorries has previously mentioned her own expensive taste in couture. In 2006 she told the Guardian that while she might wear affordable clothes, she refused to scrimp on jewellery, revealing she owned a pair of £6,000 diamond earrings.

The former chancellor, who this year became the first frontline politician to make the Sunday Times Rich List, is worth £730million together with his wife.

Mr Sunak is known for sporting luxury brands. At the weekend before last, he wore £490 Prada shoes during a visit to a building site in Teesside.

The area is considered to be part of the crumbling Red Wall, which the Conservative Party is trying to hold on to at the next election.

As he donned the brown suede loafers on Saturday, the leadership candidate said he understood that ‘things are tough and people are feeling anxious about how they’re going to pay these bills’. Earlier this year, Mr Sunak was seen in a £795 brown Reiss shearling jacket while ice skating with his daughter. He wore a £335 pair of Common Projects trainers in Downing Street in the spring.

Mr Sunak, who said he ‘learned the value of hard work in my mum’s shop’ after coming to the UK, attended the fee-paying Winchester College and worked for major bank Goldman Sachs prior to entering politics.

Suit prices at Henry Herbert start at £3,500, while customers can also pick up a shirt for a more modest £125.