Panic broke out at the Barclays Center early Sunday morning following the Gervonta Davis-Rolando Romero boxing match after a false report of an active shooter outside of the Brooklyn arena.

A loud noise was heard as fans were leaving the Barclays Center after the fight, which sparked a stampede of people trying to find cover amid fears of a shooter. There were no shots fired during the incident either inside or outside of the arena, the New York City Police Department told NBC News and it isn’t sure what sparked the panic.

Scary moment as crowds pour back into Barclays Center, my fear was a shooting but those fears proved unfounded. pic.twitter.com/pcBdfwWplt

Approximately 10 people were injured and taken to a hospital, though all of the injuries were minor, per the report.

Tennis star Naomi Osaka was at the fight and tweeted about the incident, saying she was “so f***ing petrified.”

The panic came days after the horrific mass shooting at an elementary school in Uvalde, Texas. An 18-year-old man shot and killed 19 children and two adults in the deadliest school shooting in the United States since the Sandy Hook massacre in 2012.

Even though the Barclays Center incident turned out to be nothing, the panic felt throughout the country is still high. 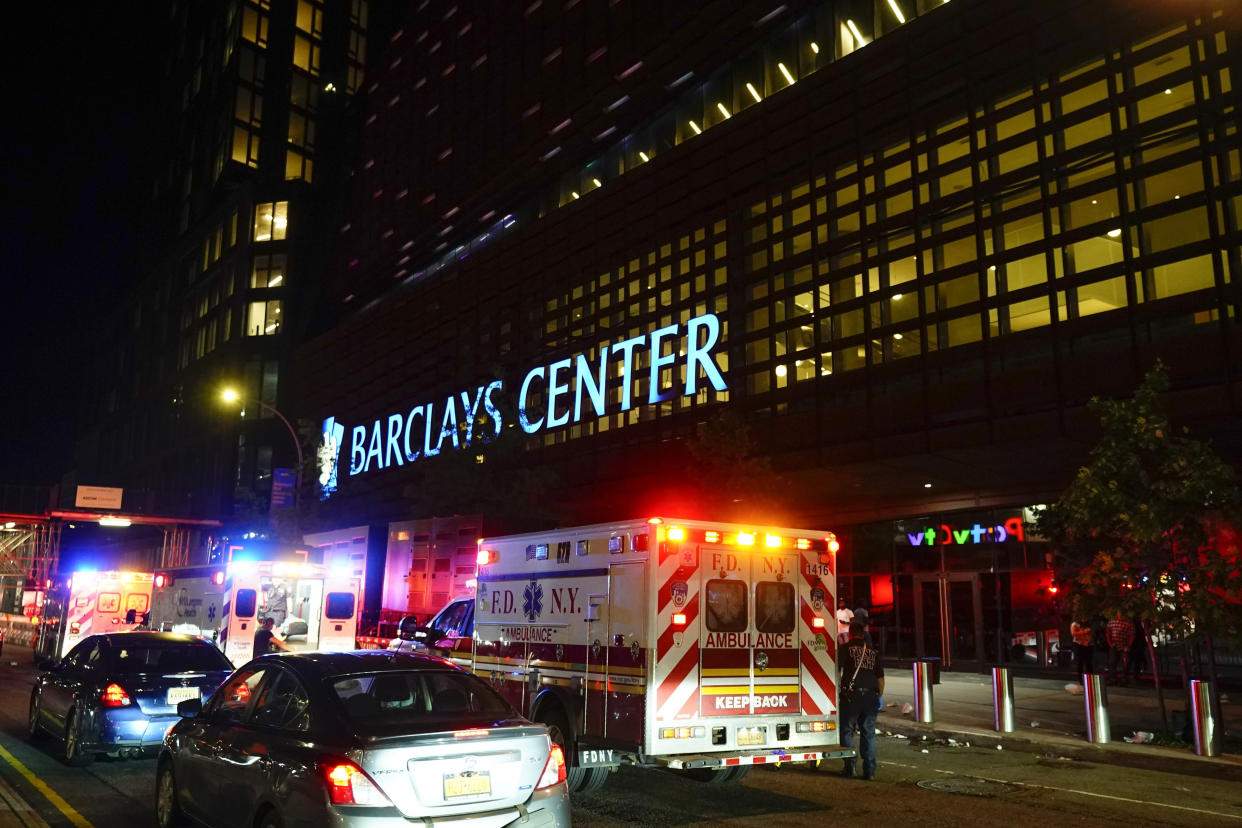