NARENDRA Modi has claimed a landslide election victory in India overriding his campaign which was mired with violence and almost shattered by the war with Pakistan.

The Prime Minister, 68, has already promised to unite the country in a bid to stop the minority Muslim community feeling like second-class citizens. 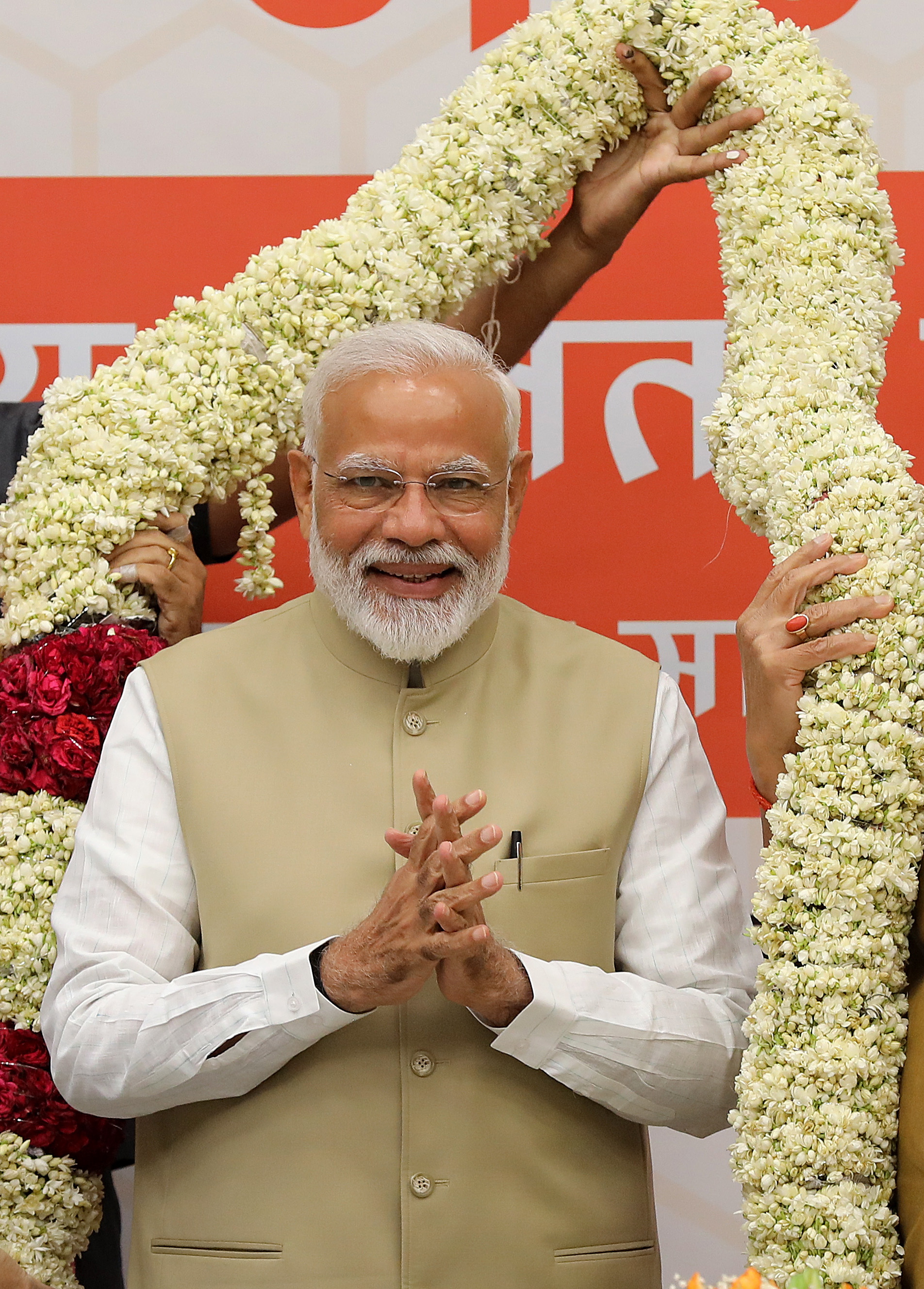 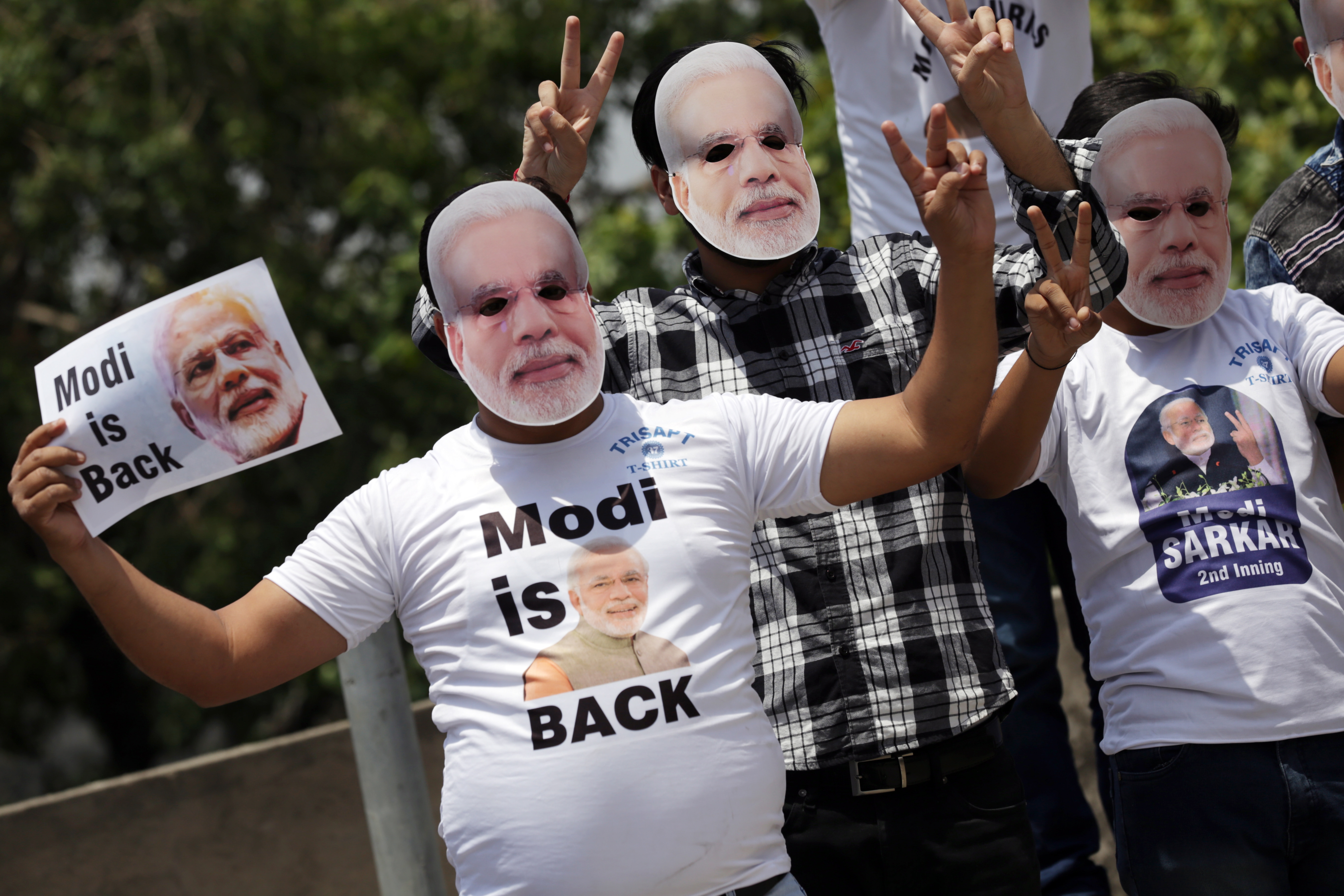 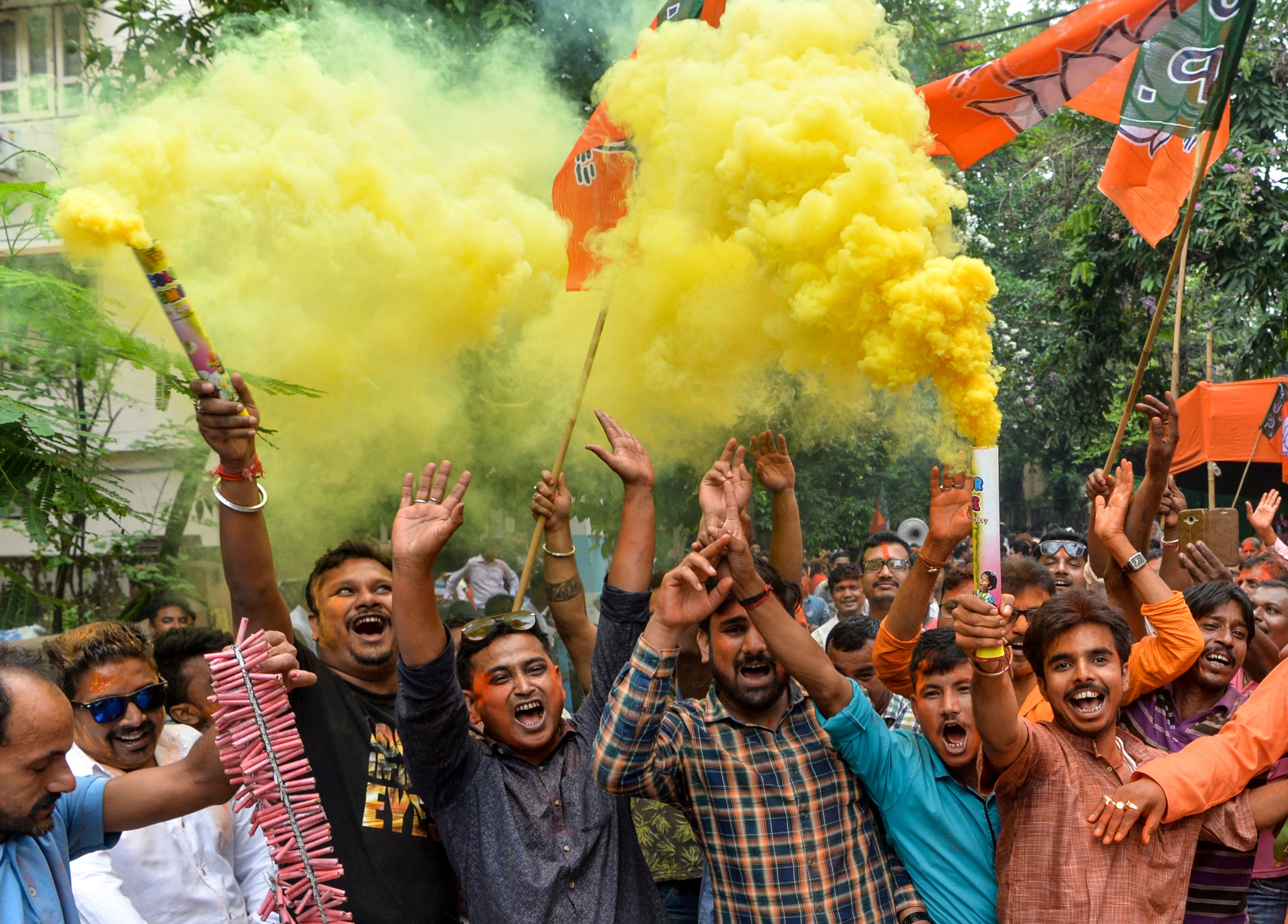 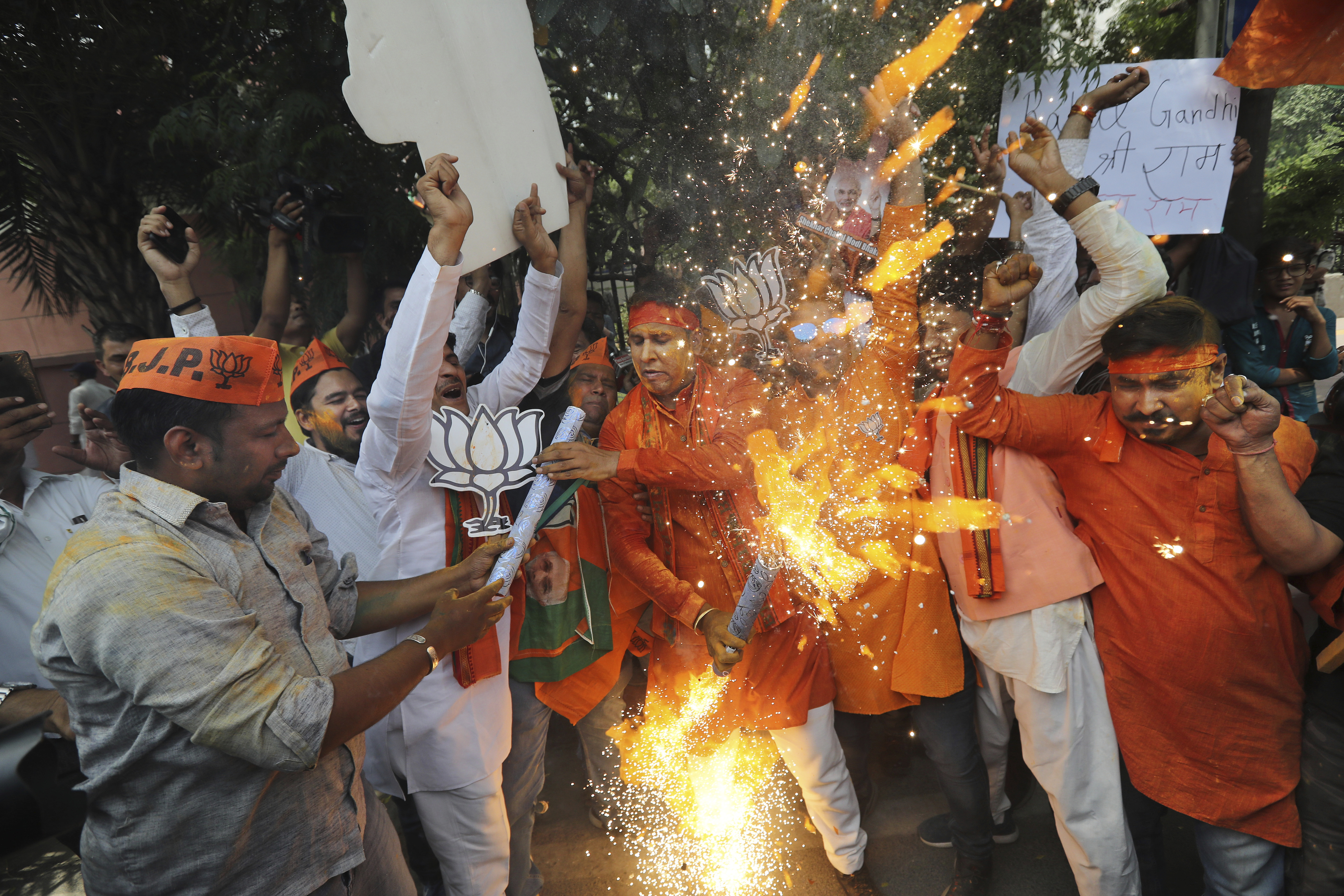 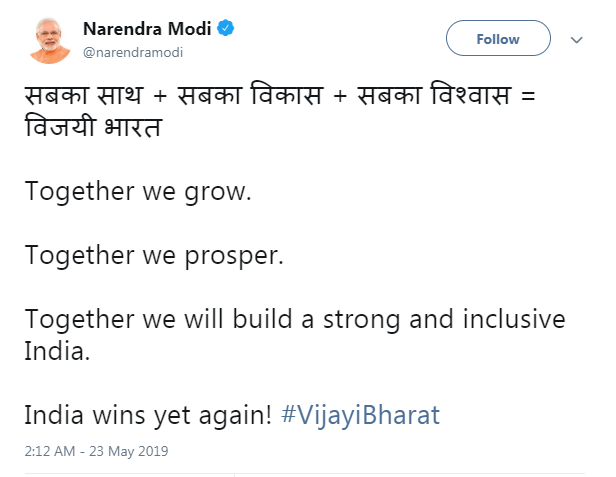 Expressing his joy on Twitter, Modi said: "Together we will build a strong and inclusive India.

Modi is arguably one of the most prominent figures seen in Indian politics.

The election has been seen as a referendum entirely on him.

Modi's economic reforms have had mixed results but his popularity as a social underdog in India's highly stratified society has endured.

Critics have said his Hindu-first platform risks exacerbating social tensions in the country of 1.3 billion people.

But despite pressure from soaring farm prices, unemployment and violence, Indians still voted for his nationalist rhetoric, and large personality.

Modi has carefully cultivated his image as a pious man of the people.

His characterization of opponents as out-of-touch elites resonates in a country where opportunity is often still constrained by caste.

He served as the chief minister of Gujarat state in 2002 when anti-Muslim violence by Hindu mobs left about 1,000 people dead.

Since he first took the helm of the Indian government in 2014, Hindu mobs have lynched dozens of people mainly Muslims and lower-caste Dalits suspected of illegally transporting or consuming beef, further fueling sectarian tensions.

Modi biographer Nilanjan Mukhopadhyay said: "He's able to build the narrative the way that he really wants people to believe.

"He's actually in many ways a pied piper, that whatever he says, people actually believe it."

Official data from the Election Commission showed Modi's BJP was set to win a straight majority after seven hours of counting.

The party gained more than the 272 seats needed for a majority in the lower house of parliament.

Modi's election victory was on the plank of national security, but he capitalised on this.

After sending warplanes into Pakistan to hit a suspected militant camp in February, his campaign gained strength. 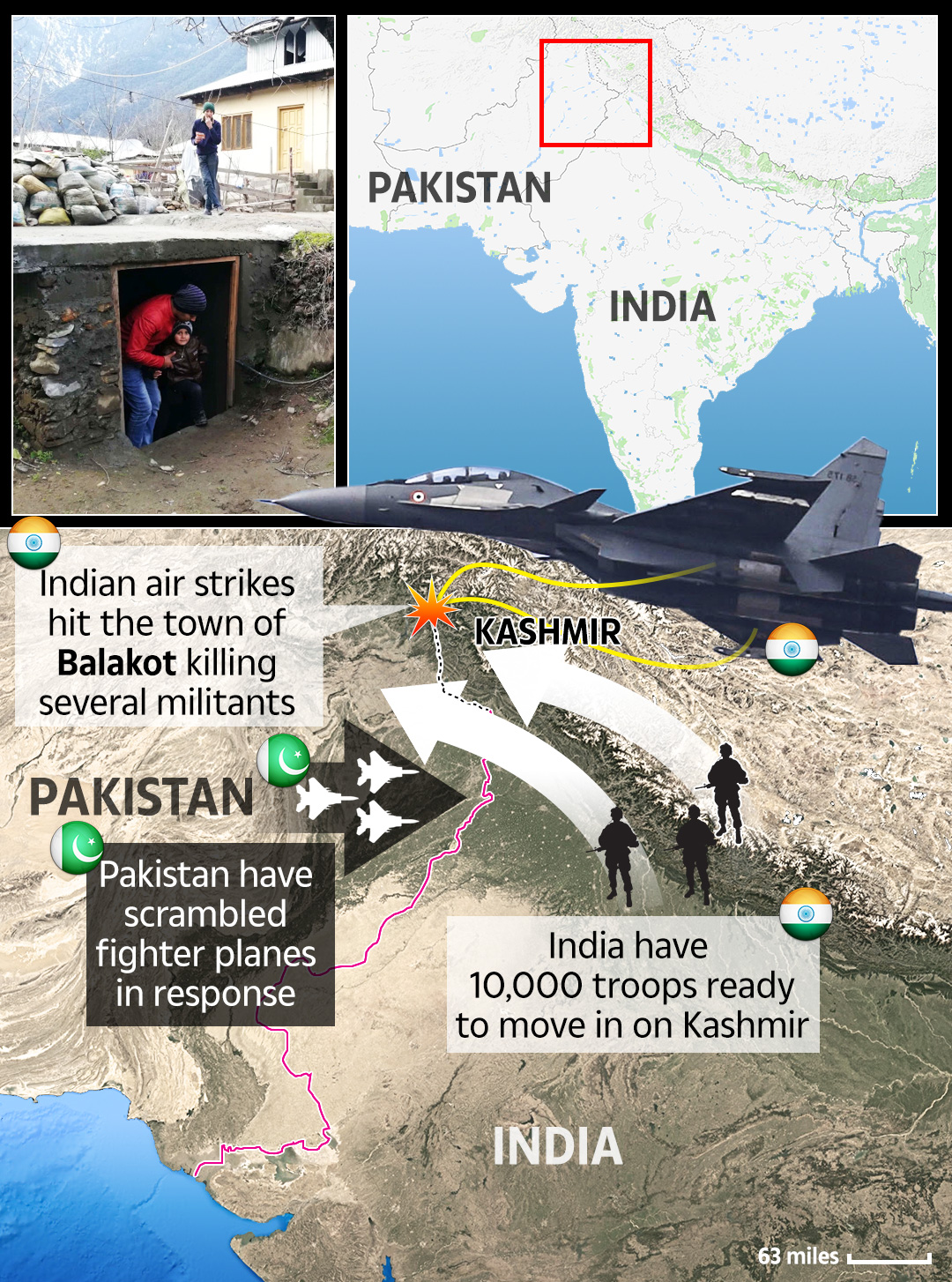 Long-time foe Pakistan has signalled a willingness to open peace talks with India.

But in a possible warning, it announced that it has conducted a training launch of a surface-to-surface ballistic missile, which it said is capable of delivering conventional and nuclear weapons at a range of up to 1,500 miles.

Pakistani prime minister Imran Khan was one of the first leaders to congratulate Modi.

He tweeted: "I congratulate Prime Minister Modi on the electoral victory of BJP and allies. Look forward to working with him for peace, progress and prosperity in South Asia." 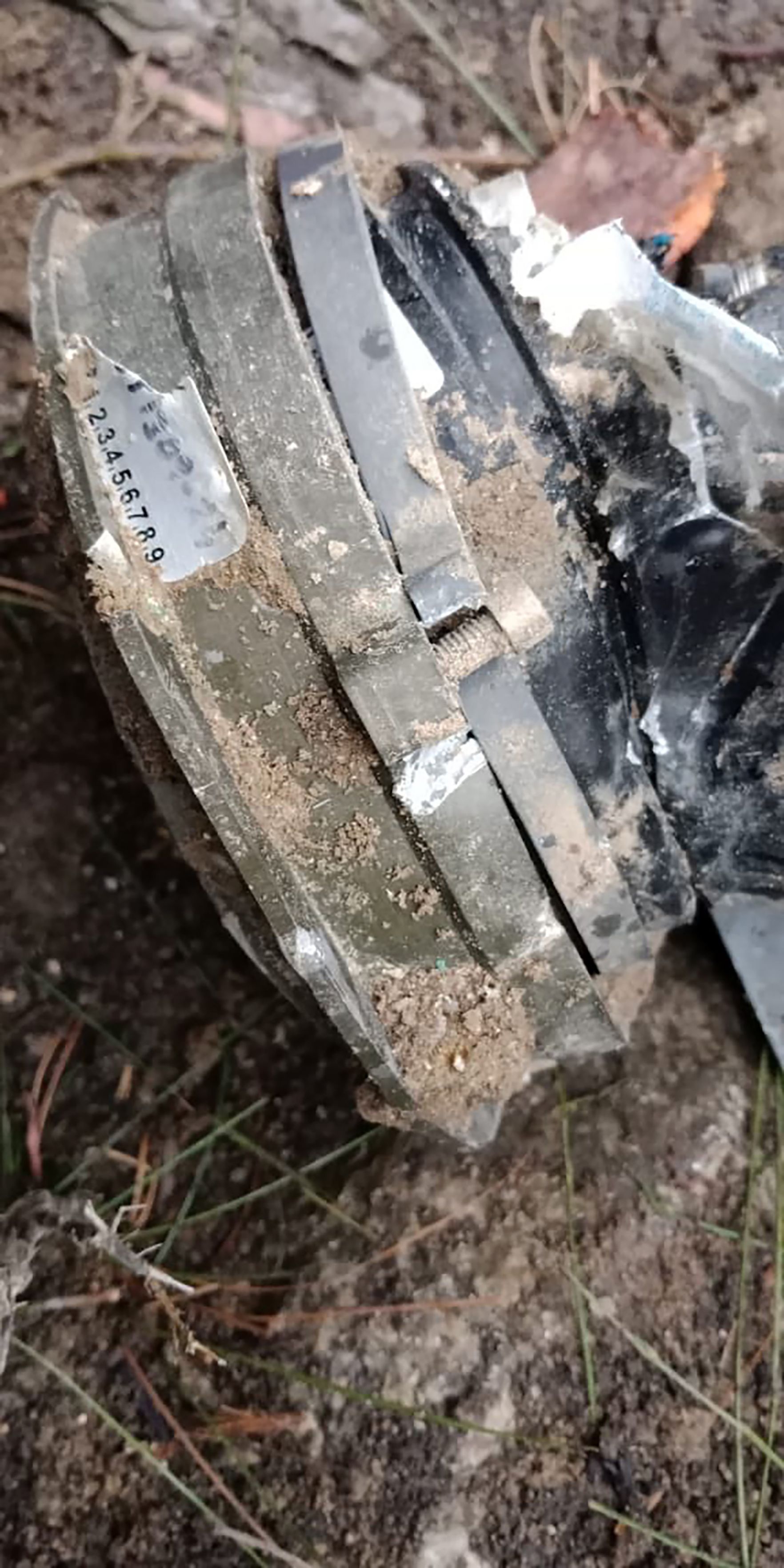 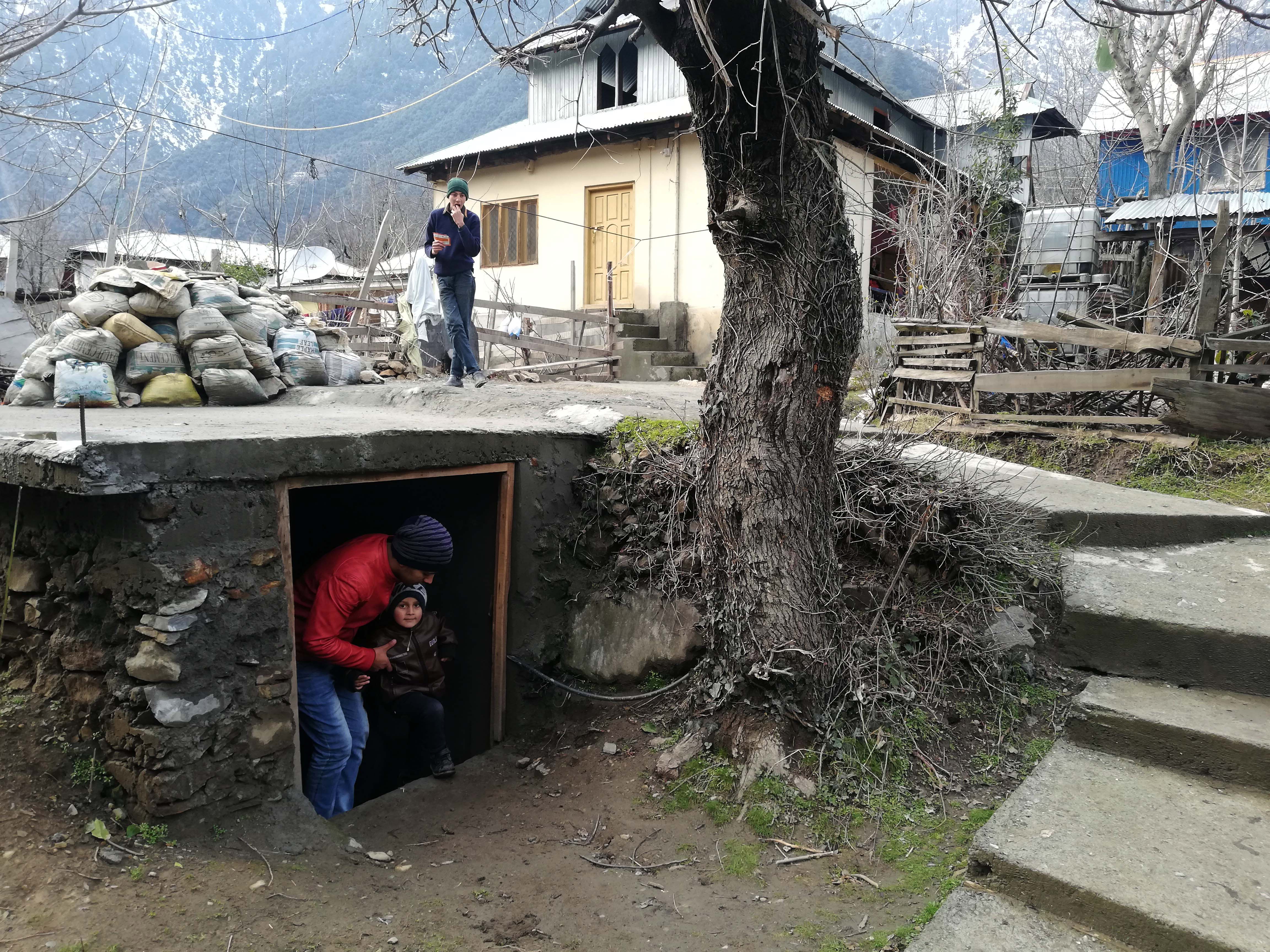 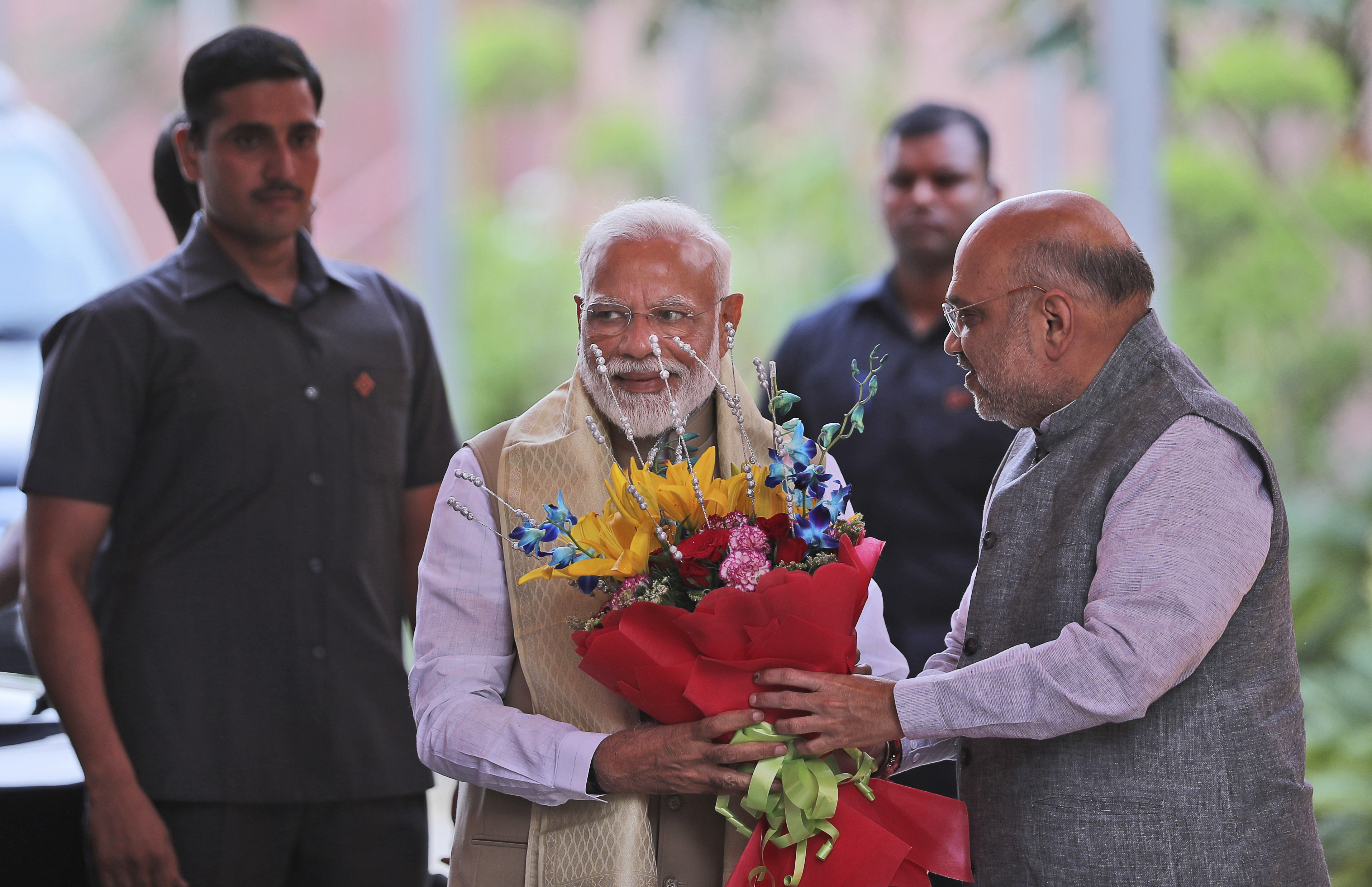 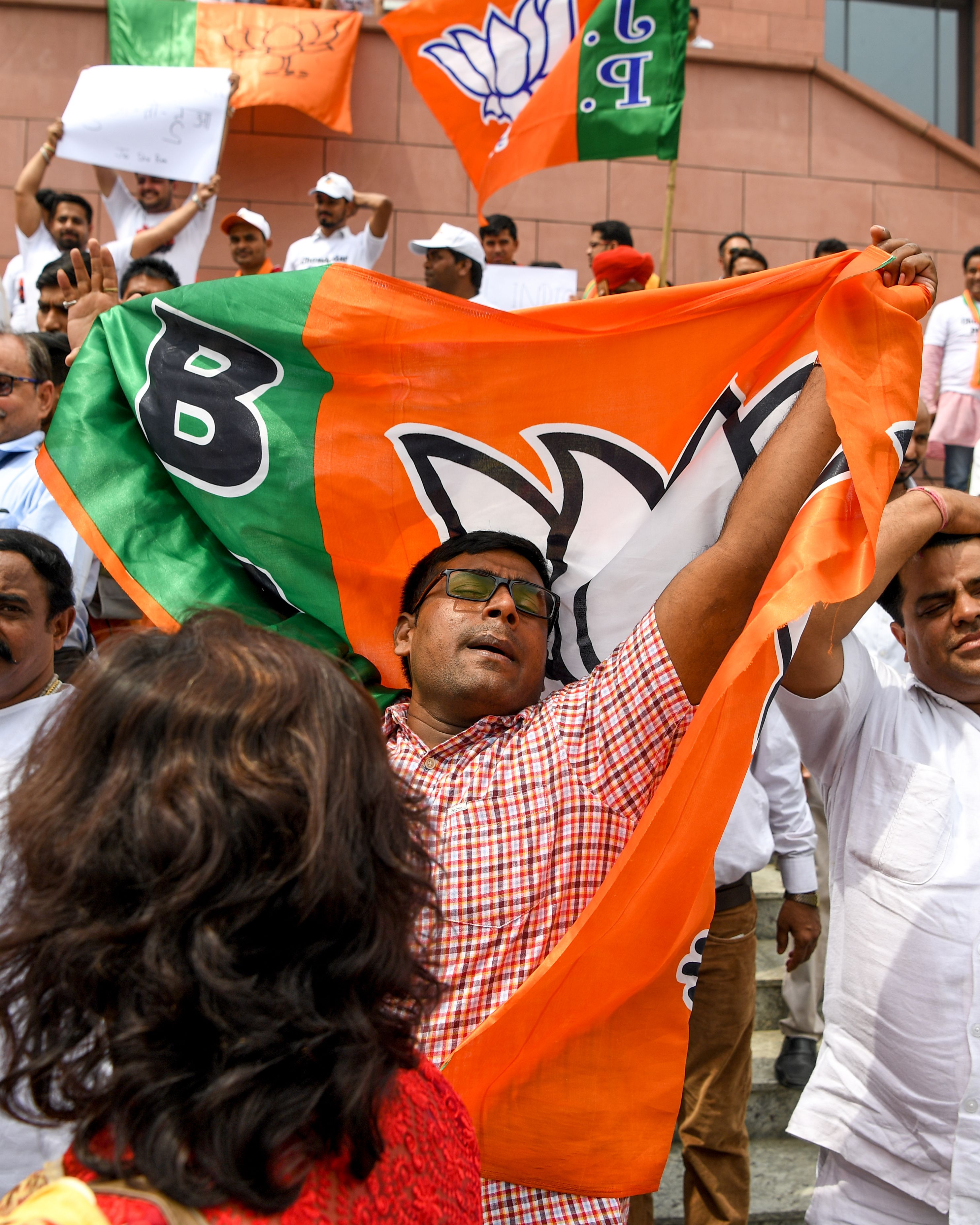 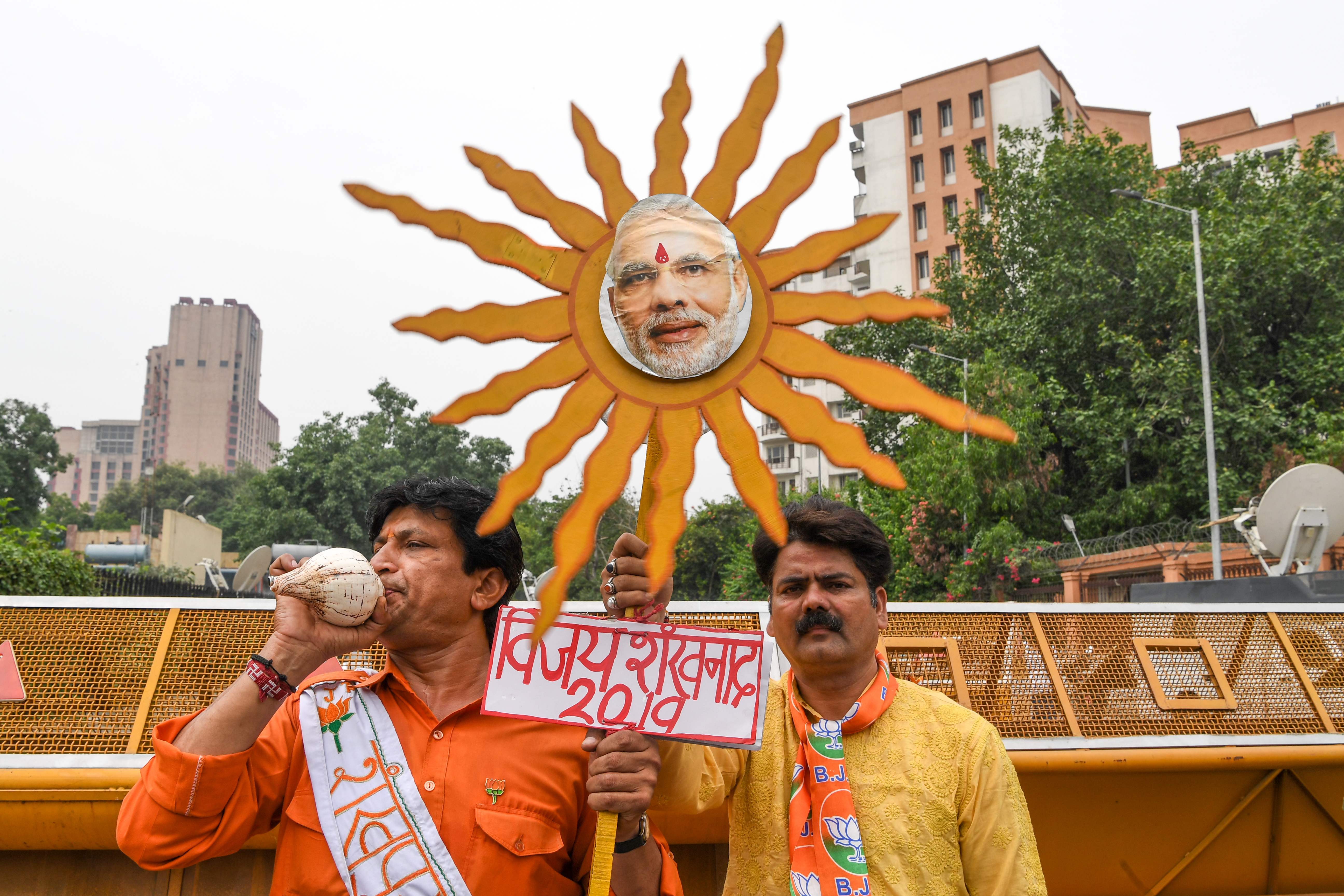