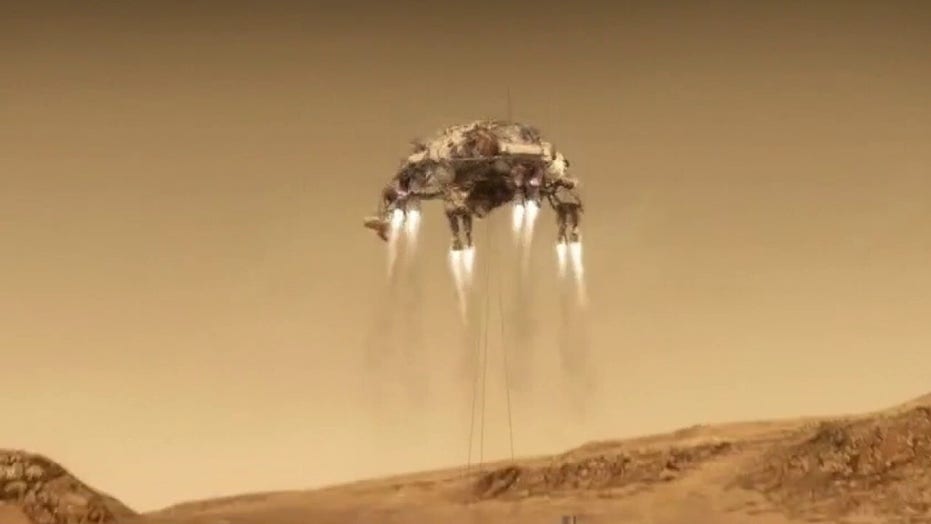 NASA got its Perseverance rover rolling on Mars, as the space agency celebrated the rover’s first drive and other milestones Friday.

The rover drove 21.3 feet over a span of 33 minutes on Mars’ landscape Thursday, the first time it has moved since landing on the red planet two weeks ago. 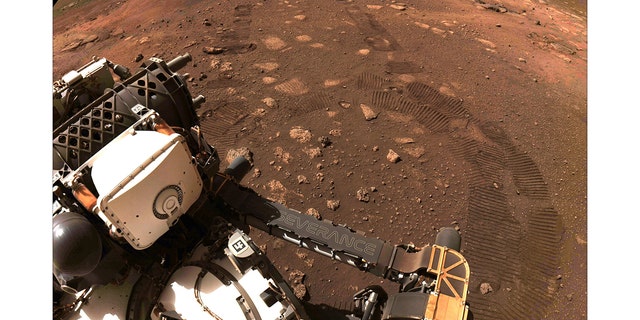 Perseverance’s six wheels propel it forward at a top speed of .1 miles per hour, which sounds like a snail’s pace by Earth’s standards, but is lightning fast on Mars 141 million miles away.

“The rover’s six-wheel drive responded superbly,” said Anais Zarifian, Mars 2020 Perseverance rover mobility test bed engineer. “We are now confident our drive system is good to go, capable of taking us wherever the science leads us over the next two years.” 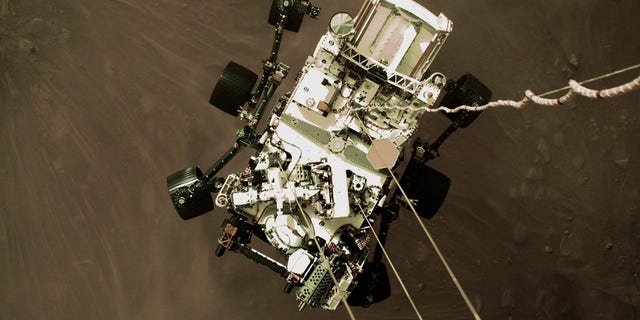 This Thursday, Feb. 18, 2021 photo provided by NASA shows the Perseverance rover lowered towards the surface of Mars during its powered descent. (NASA via AP)
(NASA via Associated Press)

While this is the first time Perseverance has gone out for a spin, it’s still had a busy two weeks on Mars.

On Tuesday, NASA scientists flexed the rover’s 7-foot-long robotic arm for a couple of hours, which will be key to scientific discovery and its search for ancient microbial life.

“The arm lets the rover work as a human geologist would: by holding and using science tools with its ‘hand’ or turret,” NASA explains. “The rover’s own ‘hand tools’ extract cores from rocks, takes microscopic images and analyzes the elemental composition and mineral makeup of Martian rocks and soil.” 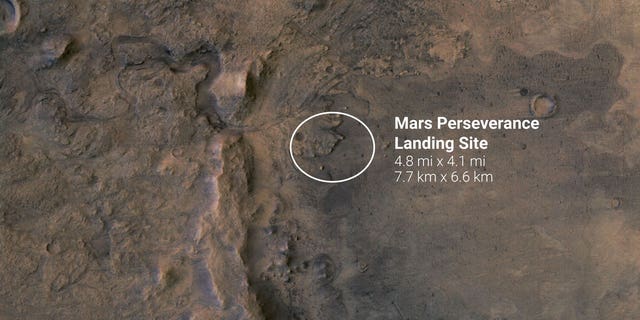 Perseverance will access rocks that are 3.6 billion years at Jezero Crater.

Now that Perseverance proved it can move around, NASA plans to explore the remains of an ancient delta in Mars’ Jezero Crater.

“More than 3.5 billion years ago, river channels spilled over the crater wall and created a lake,” NASA explains. “Scientists see evidence that water carried clay minerals from the surrounding area into the crater lake. Conceivably, microbial life could have lived in Jezero during one or more of these wet times.”

NASA also announced Friday it is naming Perseverance’s touchdown site for the late science fiction author Octavia E. Butler, a native of Pasadena, California, which is where NASA’s Jet Propulsion Laboratory is located.