British-Iranian aid worker Nazanin Zaghari-Ratcliffe is facing an anxious wait to learn whether she can leave Iran after her six-year prison ordeal following her trail today.

The 43-year-old mother was charged with ‘propaganda against the system’ and will have to wait for about a week before the judge decides whether she will be acquitted or not.

Iran released Zaghari-Ratcliffe from house arrest last Sunday at the end of a five-year prison sentence, but she had been summoned to court again on the other charge.

Mrs Zaghari-Ratcliffe, a project manager with the Thomson Reuters Foundation, was arrested at a Tehran airport in April 2016 and later convicted of plotting to overthrow the clerical establishment.

Her family and the foundation deny the charge.

Mrs Zaghari-Ratcliffe’s husband has told of his anger after the British embassy refused to accompany his wife to her trial in Iranian court.

Richard Ratcliffe had hoped the British embassy in Tehran would go with his wife to the trial hearings but he said it declined.

Although her sentence ended last week and her ankle tag removed, she was ordered to stay in Tehran.

Mr Ratcliffe told the BBC: ‘I am disappointed that the embassy has declined to accompany Nazanin to the Revolutionary Court.

Mr Ratcliffe said his wife has been ‘agitated’ and unable to sleep as she battled post-traumatic stress disorder and depression caused by the torture she suffered in prison. 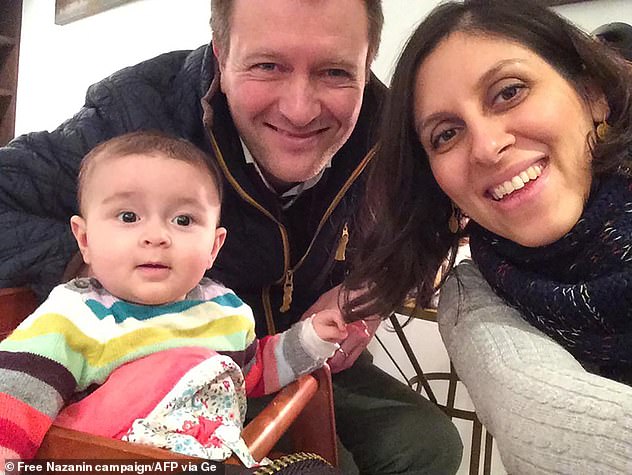 Yesterday, a panic-stricken Mrs Zaghari-Ratcliffe told her husband by phone that she was ‘unable to concentrate’ because of her intense anxiety.

She was told to appear before the Revolutionary Court in the capital today, when she faces new charges of spreading false propaganda against the Iranian regime.

Her lawyer, Hojjat Kermani, said: ‘The trial was held in a calm atmosphere. The final defence was taken. Legally, the court should announce the verdict in a week but it is up to the judge. I am very hopeful that she will be acquitted.’

Asked whether she could leave the country, Kermani said:’I don’t know about her travel ban situation.’

Last night, Mr Ratcliffe said: ‘She is very stressed, just wishing tomorrow was over with. She is agitated, short-tempered, restless and unable to concentrate.

‘Today, she has been trying to keep herself busy, but it has mainly been an anxious day. The torture is in the uncertainty, of undefined bad things waiting.’

Mr Ratcliffe, an accountant from West Hampstead, North-West London, said he was trying to shield the couple’s daughter, Gabriella, six, from the stress he and his wife have suffered.

He said he had no new information from the Iranian authorities or the Foreign Office in London. He fears his wife will not be told she can leave the country by the court today.

He said: ‘The longer we don’t know what’s going on, the more it feels like things are being cooked, which normally means bad news. But I am trying not to get ahead of ourselves and just let no news mean no news.’

Mr Ratcliffe also expressed frustration after asking the British ambassador in Tehran, Rob Macaire, to attend the court with his wife. Last night, Mr Ratcliffe said the FO has declined to send any officials to court. 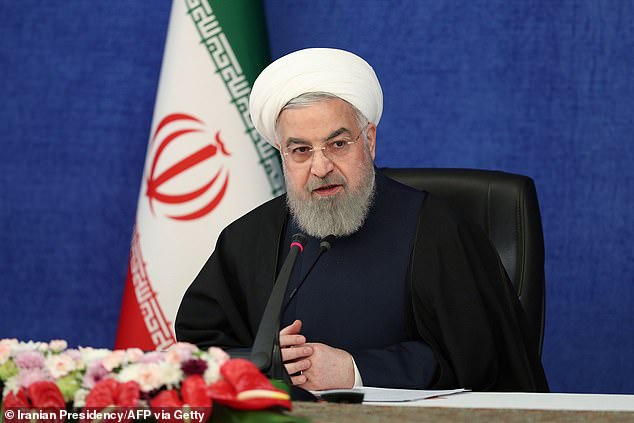 He fears that if his wife is not charged with a new offence, the Iranians will play a ‘cat-and-mouse game’ for weeks and months, ordering his wife to come back to court time after time.

It is believed the Iranians are detaining Mrs Zaghari-Ratcliffe to force Britain to pay back £400million the Tehran regime claims the UK owes for undelivered tanks in the 1970s.

Mrs Zaghari-Ratcliffe was held for years in the notorious Evin prison, where she was interrogated while blindfolded.

Last night, the Foreign Office said: ‘Nazanin must be allowed to return permanently to her family in the UK and we will continue to do all we can to achieve this.’