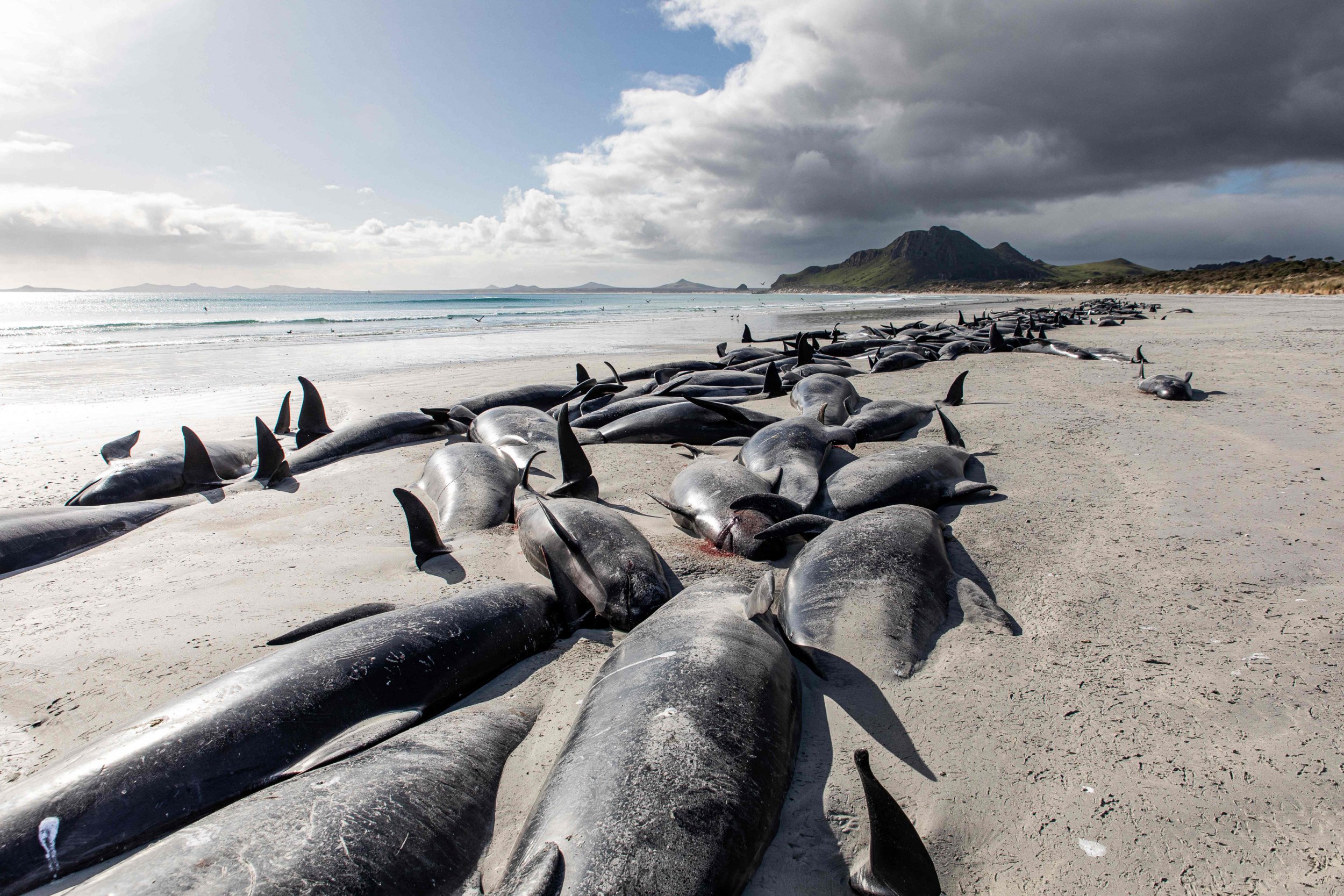 ‘Heartbreaking’ pictures show some 477 pilot whales dead after beaching themselves on a remote New Zealand island.

Rescue workers say none of the creatures could be refloated due to the risk of shark attack to humans and the whales themselves.

All either died naturally or were euthanised after stranding themselves on the Chatham Islands, home to about 600 people and found about 500 miles east of New Zealand’s main islands.

It comes two weeks after around 200 pilot whales died in Australia after stranding themselves on a remote Tasmanian beach.

Speaking of the New Zealand tragedy, The Department of Conservation said: ‘These events are tough, challenging situations.

‘Although they are natural occurrences, they are still sad and difficult for those helping.’

A total of 232 whales stranded themselves on Friday at Tupuangi Beach and another 245 at Waihere Bay three days later.

Mass strandings of pilot whales are reasonably common in the island country, especially during summer.

The reason behind this is largely unknown but scientists believe their location systems can get confused by gently sloping sandy beaches.

Daren Grover, from the Project Jonah rescue charity, has named it a ‘heartbreaking’ loss.

He said there is a lot of food for the whales around the Chatham Islands, and as they swim closer to land, they would quickly find themselves going from very deep to shallow water.

‘They rely on their echolocation and yet it doesn’t tell them that they are running out of water’, he added.

‘They come closer and closer to shore and become disoriented. The tide can then drop from below them and before they know it, they’re stranded on the beach.’

The carcasses of the pilot whales won’t be buried or towed out to sea, as often happens, but instead will be left to decompose.

‘Nature is a great recycler and all the energy stored within the bodies of all the whales will be returned to nature quite quickly’, Mr Grover said.