Washington: Claudia Patatas and Adam Thomas had long denied being leading members of the white-power group National Action, which is banned in Britain. But their family photos suggested otherwise.

There is the one of Patatas – reportedly from Banbury, England – holding their newborn while Thomas holds a flag emblazoned with the Nazi swastika. 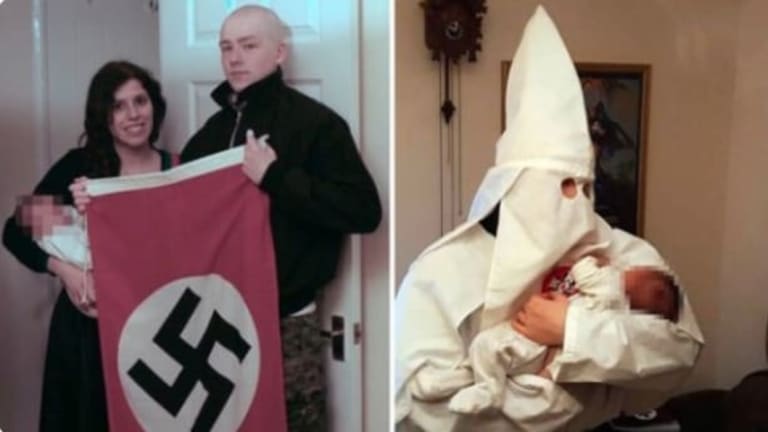 Claudia Patatas and Adam Thomas pose with their son, whose middle name is Adolf. Both were convicted of being members of a banned neo-Nazi group. Credit:West Midlands Police

And there's one of Thomas cradling the baby boy; the child is wearing polka-dot footie pajamas, his father the sort of hooded robe favoured by Ku Klux Klansmen.

There is also the middle name that the couple chose to give to their son: Adolf.

At the end of a seven-week trial in Britain's Birmingham Crown Court, Thomas and Patatas were convicted of terrorism charges after leading not-so-secret double lives. Both were found guilty in November of being members of National Action, the extreme right-wing organisation that virtually deifies Adolf Hitler and the Third Reich.

Thomas was also found guilty of possessing instructions to make a bomb. 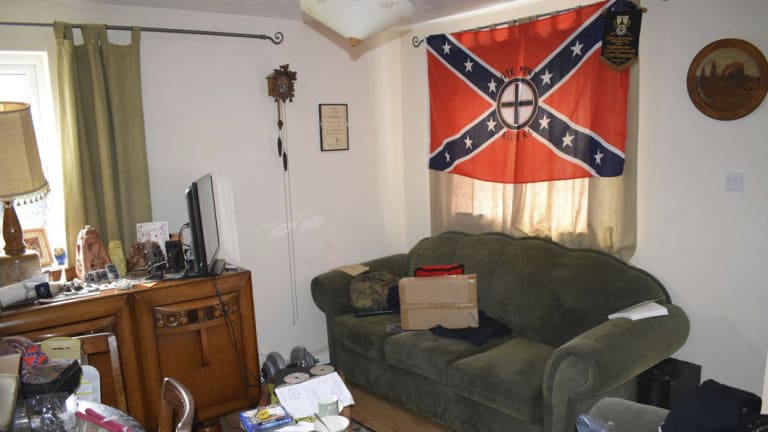 Swastika cushions and a Ku Klux Klan flag hanging in the lounge of the home of Adam Thomas and Claudia Patatas. Credit:AP

On Tuesday, Thomas was sentenced to more than six years in prison, according to the BBC. His wife will serve five years.

Thomas, a British warehouse security guard, and Patatas, a Portuguese-born photographer, were arrested in January with four other men and charged with being members of National Action, which was banned by the British government in 2016 and is labelled a terrorist organisation.

The group hoped to start a race war that would rid Britain – or at least the county of West Midlands, halfway between London and Liverpool – of anyone who didn't happen to be white, according to police.

When National Action was banned, after popular anti-Brexit campaigner Jo Cox was killed by a far-right extremist, the group re-branded, calling itself the TripleKMafia, a not-too-subtle allusion to the Ku Klux Klan. 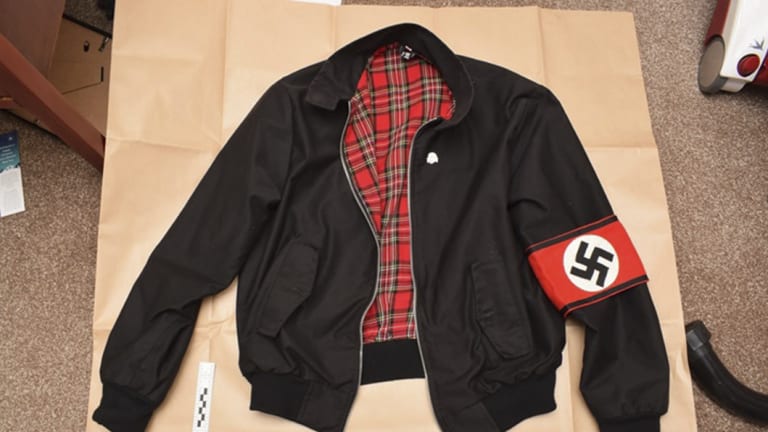 But authorities said the group's members weren't simply a bunch of selfie-snapping Nazi-philes with white-power insignia decorating their homes.

"Their aim was to spread neo-Nazi ideology by provoking a race war in Britain and they had spent years acquiring the skills to carry this out.

"They had researched how to make explosives. They had gathered weapons.

They had a clear structure to radicalise others.

Unchecked they would have inspired violence and spread hatred and fear across the West Midlands."

Underscoring the threat, police announced the conviction of two other members of National Action: Mikko Vehvilainen and Alex Deakin.

Vehvilainen, 34, a Finland native, was a lance corporal in the British army who had "access to young men who could be radicalised and recruited into the group. 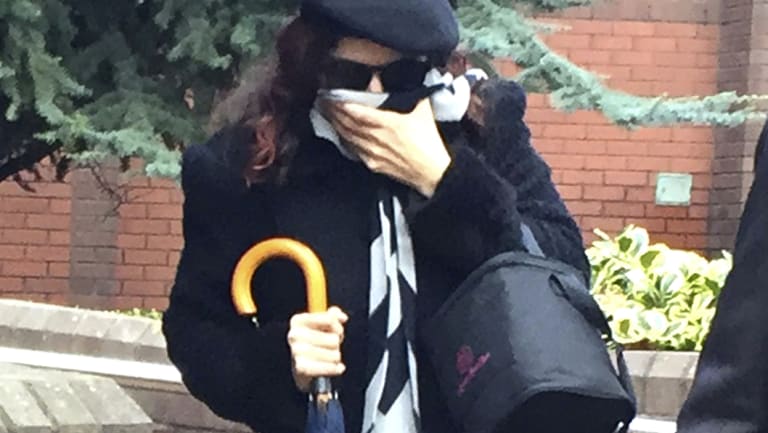 He was an incredibly dangerous individual and a key part of the National Action strategy," according to Ward.

Thomas had tried twice to join the military but was rejected both times.

Patatas and Thomas had also tried to swell the ranks of National Action, putting up offensive stickers at Aston University in Birmingham.

National Action was the first extreme right-wing group to be banned in Britain after Cox was killed in summer 2016.

Authorities said Mair was an avid reader of far-right literature.

In his home, police found books about white supremacy and Nazi Germany.

Cox's husband called her death a "political act and an act of terrorism." Mair was sentenced to life in prison, and authorities added National Action to a list of more than 80 terrorist organisations banned in the United Kingdom.

According to the BBC, the ban was to "both tackle the group itself and also eliminate a source of ideological inspiration."

But the ban didn't stop Patatas, Thomas and other adherents in West Midlands.

The couple's continuing fascination with Nazism and white supremacy was on display at their trial.

The BBC said the couple was part of a "secret relaunch" of the group as TripleKMafia, with the same agenda.

The couple kept an axe and a machete at home, and authorities found a crossbow near the newborn's crib, the news organisation said.

But they also had several items best described as Nazi memorabilia: a mug with an SS emblem and a cookie cutter shaped like a swastika.

Two couch cushions also bore swastikas, and a festive holiday sideboard in their living room had KKK figures and the words "May all your Christmases be white."