A neo-Nazi politician has been elected as the mayor of a town in Germany, sparking outrage across the country and calls for him to step down.

Stefan Jagsch, of the far right-wing extremist National Democratic Party (NDP), was unanimously elected on Thursday for the small town of Waldsiedlung, near Frankfurt, after the post remained vacant for weeks.

The politician has previously made controversial statements about migrants in Germany, including ‘the boat is full’, ‘stop the asylum flood’ and ‘integration is genocide’.

German Chancellor Angela Merkel’s center-right party has condemned the move and has called for the decision to be reversed. 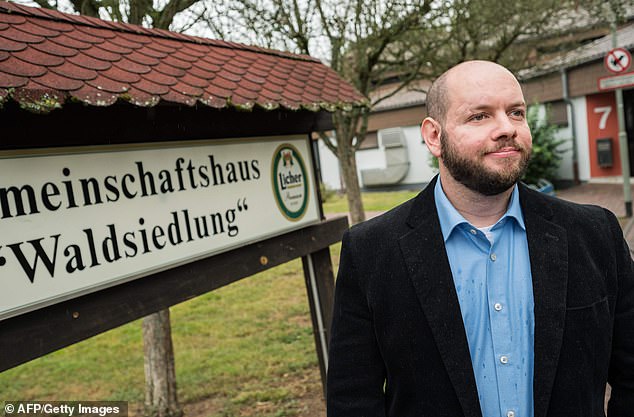 Lawmakers of other mainstream parties also expressed shock. NPD is known for its openly anti-migrant stance.

On his Facebook page, Jagsch said he will ‘support the interests of our district’ to ‘work constructively with everyone and across parties,’ adding ‘from the people, for the people!’.

Despite his stance on migrants, Jagsch made headlines in 2016 when he was saved form a burning car wreck by a group of Syrian refugees. 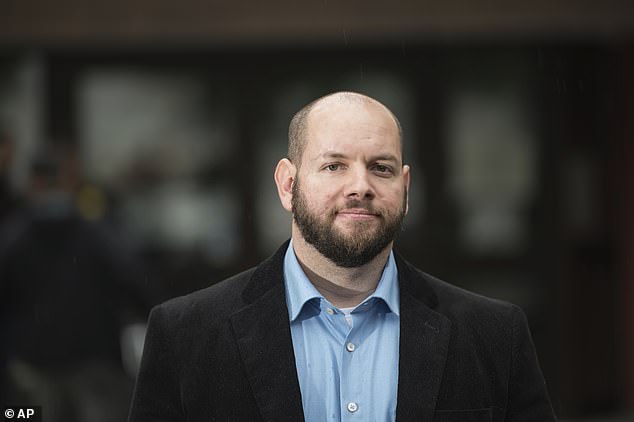 Lawmakers of other mainstream parties also expressed shock. NPD is known for its openly anti-migrant stance

Local CDU member Norbert Szielasko, who also voted for Jagsch, said the council elected him because, ‘we don’t have anybody else, especially nobody young who knows how to use computers and send emails.’

A political storm is brewing after Jagsch was elected as council leader of Waldsiedlung, with a population of around 2,500 people.

‘The SPD has a very clear position: we do not co-operate with Nazis! Never!’ the party’s general secretary Lars Klingbeil tweeted Saturday.

‘That applies to federal government, the state and municipalities. The decision in Altenstadt is incomprehensible and cannot be justified.

‘It must be reversed immediately. #noNPD.’

‘I’m shocked. The election of a member of a party which pursues anti-constitutional goals is a disgrace,’ Ziemiak told Monday’s edition of Bild. 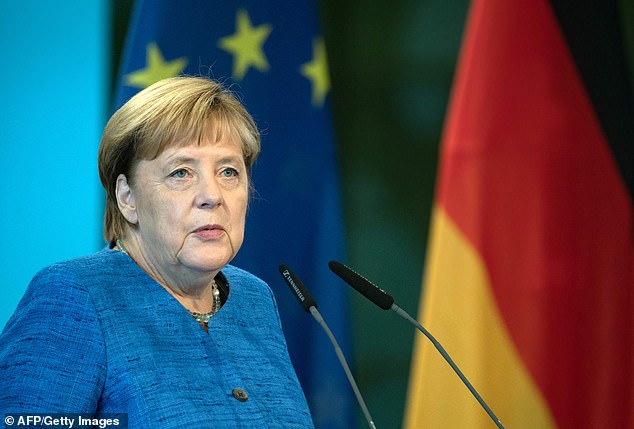 ‘I expect this decision to be corrected.’

Peter Tauber, a CDU member of Germany’s lower parliament for Hesse, the state in which Waldsiedlung is located, threatened action against those who elected Jagsch.

‘Whoever lacks the political and moral compass and, as a democrat, makes such an irresponsible election decision can not be accepted in the CDU,’ Tauber tweeted on Saturday.

‘The election of an NPD politician as local leader in Altenstadt with assistance from CDU’ members ‘horrifies me,’ he added. 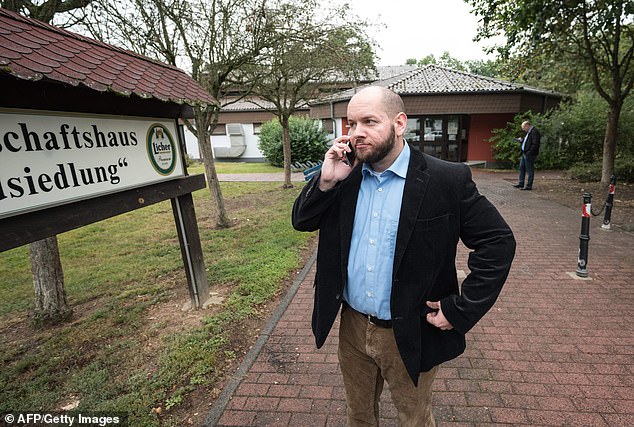 The FDP’s parliamentary chief Marco Buschmann described Jagsch’s election as ‘doubly bad: firstly that democrats voted for someone like him and secondly, that no democratic candidate was ready to take on the task’ of leader.

‘The election of a member of a party that, according to the Federal Constitutional Court, pursues anti-consitutional goals is incomprehensible and intolerable for the CDU,’ wrote Sven Mueller-Winter, party chairman for Altenstadt, and regional chair Lucia Puttrich in a joint statement.

They called for the representatives who elected Jagsch to ‘reconsider, understand and correct their wrong decision.’

Lisa Gnadl, the district’s SPD chief was ‘completely stunned’ that Jagsch was ‘unanimously elected’ with votes from CDU, SPD and FDP representatives.

‘We will therefore have to examine all the consequences,’ she added.