This incredible footage shows the nerve-shredding moment a horse wanders into the middle of a driving test.

The footage, recorded during a test in London, shows the horse and rider stray into the road just as the learner approaches.

The female rider, and her companion are seen walking along the road and don’t seem particularly concerned they might be holding up traffic.

The candidate wisely stops and waits patiently before taking off again only for the horse to come perilously close to hitting the car, as its owners decide to cross. 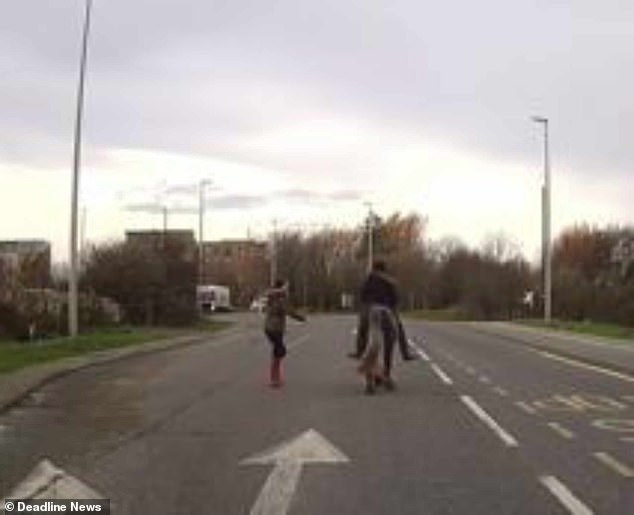 A rear view camera shows the girls laughing as they start to cross and then turn back.

Amazingly, the learner, taking their test for the first time, managed to pass, with only four faults.

The instructor, who wishes to remain anonymous, decided to share the video on a Facebook dash cam group yesterday to show just how nerve-wracking her pupil’s test had been. 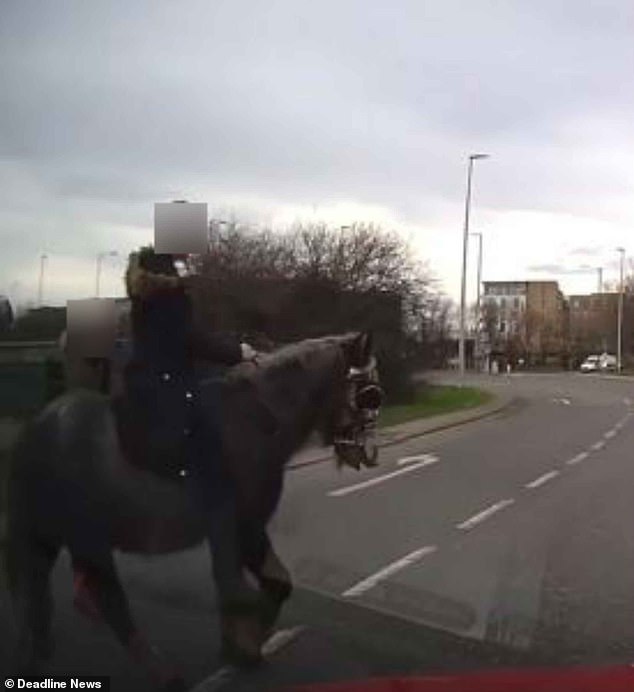 The horse appears to move out of the way so the learner candidate moves off to complete their test but suddenly the horse veers back into the road, narrowly missing the car

The instructor posted: ‘A driving test or how to kill a horse? Test was a first time pass with four driver faults.’

The clip starts off with the learner driver coming off a roundabout in the Thamesmead area of London.

As the learner approaches another roundabout, two young girls can be seen on the side of the road, one of whom is riding the horse.

Shortly afterwards a black BMW can be seen overtaking the learner and passing the girl and her horse.

The girl then appears to be on the road for a considerable amount of time, forcing the driver to stay put.

As the other girl appears to lead the horse of the road, the learner can slowly begin to start moving again.

However, as they pass, the horse begins to trot back into the middle of the road and narrowly misses the car.

More footage which was taken from the rear of the car shows the girl on the horse crossing back into the road.

One online viewer wrote: ‘P***-poor riding. Fair play to the learner driver though, they did well.

Another user said: ‘No hi-viz or helmet on either person or horse. Horse clearly can’t be controlled. Where were they going anyway?’

The driving instructor said the actions were done on purpose.

The instructor said: ‘The actions of the children was deliberate to sabotage the learner. They were smiling sarkily, rather mischievously.

‘They misbehave all the time. Very few of them have any common sense.’

The instructor also advised learners to be ready for these scenarios when they are taking the test, saying: ‘Learn to drive properly so you are able to handle these situations.’