Netflix camera crews face being ‘moved on’ if they film Harry and Meghan in public areas during Jubilee: Streaming service has NOT been accredited to cover Platinum celebration

Netflix camera crews will be ‘moved on’ if they try to film Harry and Meghan from public areas during the Queen’s Platinum Jubilee, it was claimed today.

The streaming giant, which is rumoured to be making a documentary about the Sussexes as part of their rumoured $100m (£79m) broadcast deal, is not among media outlets accredited to film the event.

While Netflix workers will be able to travel to areas near official Jubilee celebrations, stewards will intervene if they try to set up professional cameras or tripods, a source told the Telegraph.

Dozens of British and international news companies have been given official positions from which to film the royals for a Thanksgiving service at St Paul’s Cathedral and other events like Trooping the Colour and the Sunday afternoon pageant. 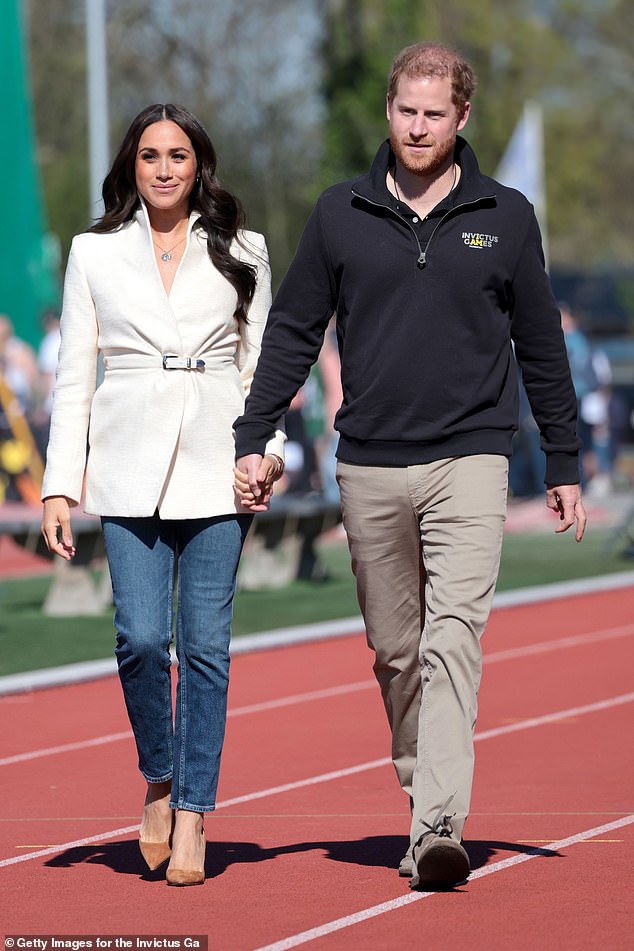 Meghan and Harry at the Invictus Games, where they were trailed by a camera crew

Netflix is not among them, it was reported, while the BBC holds the rights to broadcast the Saturday night concert and pageant.

The Sussexes have previously welcomed Netflix crews to join them at events including the Invictus Games in The Hague.

Meanwhile, during a visit to New York in September, they were flanked by cameras and Harry was seen with a wire coming out of his pocket.

A spokesman for the Sussexes refused the Telegraph’s request to comment on the latest claim. MailOnline has contacted Netflix for comment.

It came as Royal author Angela Levin suggested the Netflix deal could be part of the Sussexes’ motivations for returning to the UK.

‘I think the fact Harry is filming for Netflix would explain why he has come,’ she told MailOnline.

‘This is putting a lot of unnecessary pressure on the Queen.

‘I would have thought if they really cared they would have come for a week when everything is quiet so they can get together and be together.’ 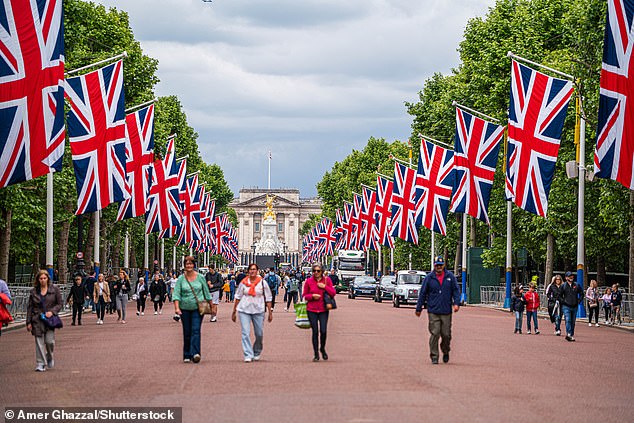 While Netflix workers will be able to travel to areas near official Jubilee celebrations, stewards will intervene if they try to set up professional cameras or tripods, it is claimed

Harry will be taking their children, Archie, three, and Lilibet, 11 months, with them to London.

The Sussexes are also reportedly filming an ‘at-home docuseries’ – branded a royal Keeping Up with the Kardashians – for Netflix, as the streamer secures its ‘pound of flesh’ in return for the vast amount of money they have handed the couple.

The Duke and Duchess of Sussex will not join working members of the Royal Family on the Buckingham Palace balcony following Trooping the Colour, but are expected to take part in other events including the Service of Thanksgiving on Friday.

Journalist Duncan Larcombe said: [It] may be the only chance we get to see a glimpse of both [Harry and Meghan] …. we can expect to see massive crowds…

‘Thousands and thousands of people that you would describe as royalists, who love the pomp and ceremony.

‘The reality is… Harry and Meghan are very divisive characters… It will be fascinating to see the reaction and mood of the public [towards them].’ 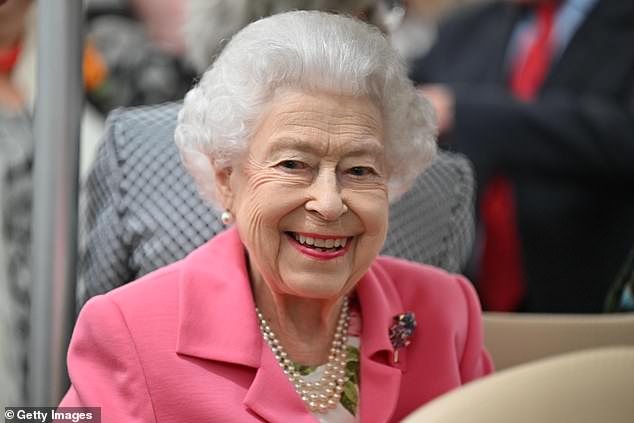 The Queen has never met the Sussexes’ daughter, Lilibet, who is named after her