A new Netflix documentary looks into the story of a Brazilian TV host who ordered hitmen to kill people so he could film the crime scenes to boost ratings.

Wallace Souza, 58, was the host of crime show Canal Livre, which became the most-watched news show ever in Amazonas, a state in north-west Brazil.

It featured Souza, in a studio, preaching against rampant crime in the state and also often had exclusive footage of arrests, crime scenes and drug seizures.

One clip even showed a reporter approaching a freshly burned corpse, covering his nose with his shirt and remarking that ‘it smells like barbecue’.

Souza was eventually accused of ordering murders before alerting TV crews so they could get to the scene before detectives. 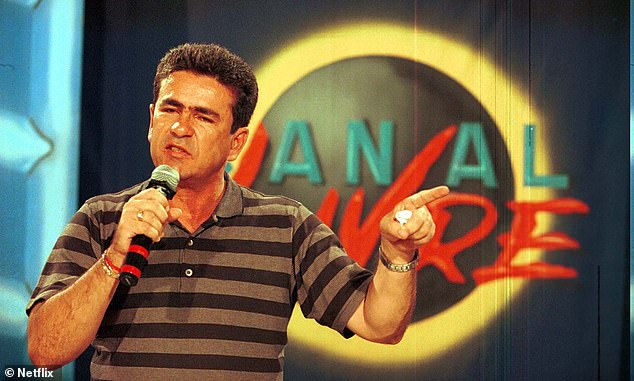 Wallace Souza, 58, was the host of crime show Canal Livre, which became the most-watched news show ever in Amazonas, a state in north-west Brazil

The ex-policeman turned state senator also allegedly ran a drug smuggling ring and used his killers to eliminate his rivals.

His story will be revealed in Killer Ratings, a true crime television documentary series that was released on Netflix today.

According to the allegations against him, Souza secretly had drug dealers set on fire and even ordered gangland hits by moped riders, before ‘solving’ the crimes on his weekly show.

He said the allegations were absurd and that he and his son were being set up by political enemies and drug dealers under threat from his relentless crime coverage and crusading legislative probes.

Souza insisted that his news crews got to murder scenes first by using police informants and radio scanners monitoring police channels, and by following the coroner’s van from the city mortuary.

He said: ‘I was the one who organised legislative inquiries into organised crime, the prison system, corruption, drug trafficking by police, and paedophilia.’  He continued to protest his innocence until he death from a heart attack in 2010, while awaiting trial. 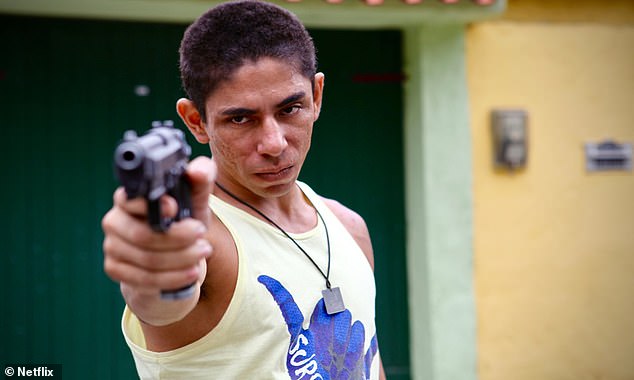 According to the allegations against him, Souza secretly had drug dealers set on fire and even ordered gangland hits by moped riders

Souza once said: ‘We have to put an end to the scourge of crime and to the politicians who do not fight it.

His police career ended in disgrace when he was accused of being involved in a college exams fraud scheme.

He moved on to become a TV star in and participated in house raids armed with pistols, winning a legion of fans.

At the start of each episode, he would say: ‘Nowadays everyone is killing.’

However, police soon realised that his show Canal Livre would get to crime scenes before them and that their reports would be extremely detailed.

Police intelligence chief Thomaz Augusto Correa at the time: ‘Crimes were committed in order to create news for the group and for the programme.’

Souza’s former bodyguard, Moacir Jorge da Costa, was arrested in 2009 and he confessed the truth about his employer.

This led to the arrest of 15 drug traffickers, believed to be led by the charismatic host, as well as Souza’s son, several senior police officers and a show producer.

Da Costa even claimed that Souza and his son were involved in a plot to murder a federal judge.

Souza was charged in October 2009 and expelled from the assembly, stripped of his seat and kicked out of the Partido Popular party.

However, he always maintained his innocence, even when police raided his house and uncovered more than £100,000, and an arsenal of high-calibre assault rifles and spent bullet casings.

Detectives thought the casings may have been removed from crime scenes.

Souza went on the run before eventually giving himself up and dying of a heart attack.