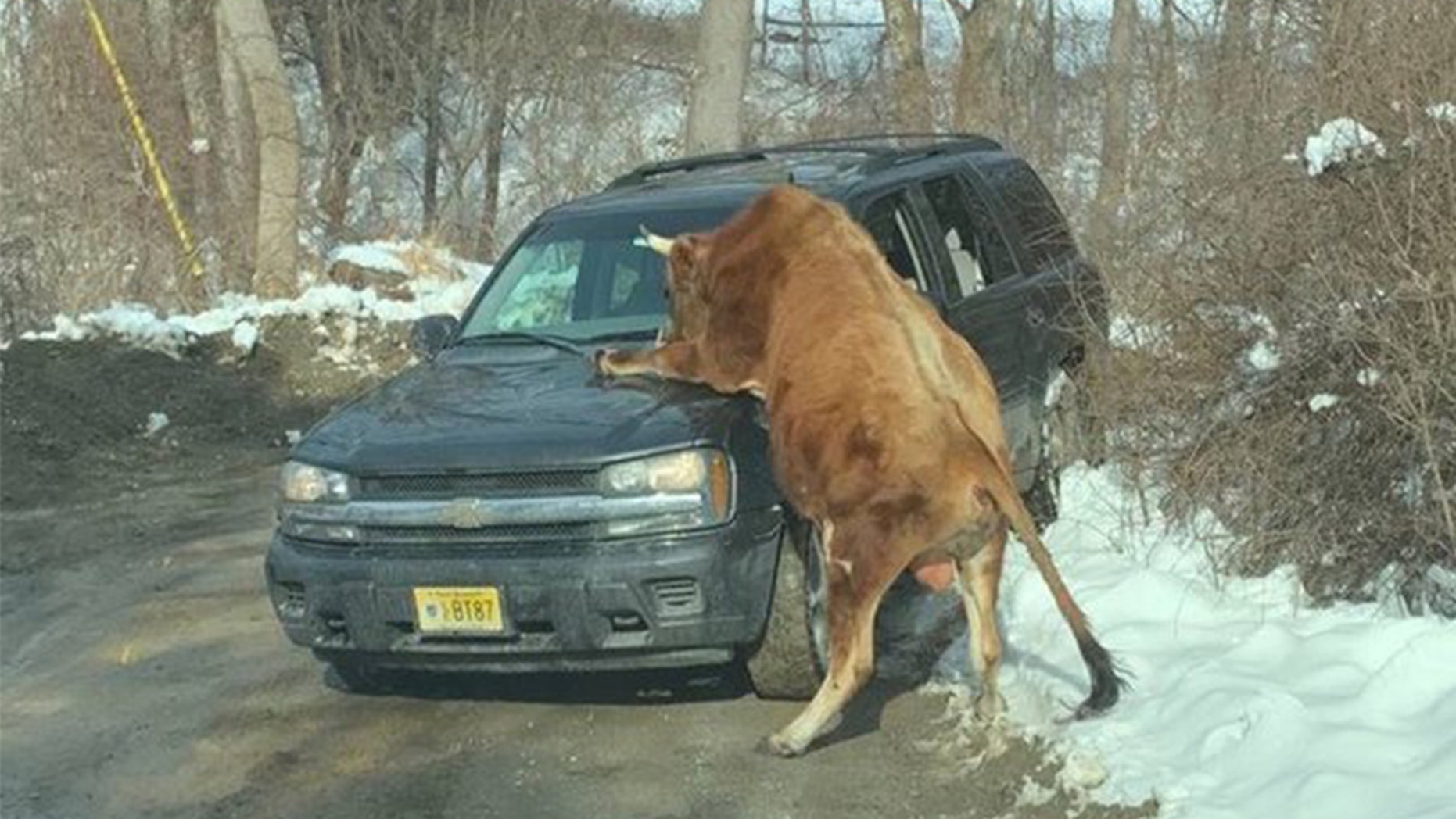 A pet bull was fatally shot on Friday in Sparta, New Jersey after it reportedly attacked its owner and charged at a police patrol vehicle.
(Sparta Police)

Police in Sparta, New Jersey reportedly shot and killed an aggressive pet bull after officials said the animal attacked its owner and charged at a patrol vehicle.

Authorities were called to a street in Sparta, a city in Sussex County located roughly 45 miles northwest of New York City, around 3 p.m. on Friday regarding reports of a bull approaching vehicles, NJ.com reported, citing police.

BULL SADLY DEFLATES YOGA BALL WHILE PLAYING, GETS NEW ONE

The bull's owner told police that she was headed to the area to “coax the bull back into its enclosure with food,” Lt. John Lamon told the news outlet.

But the animal soon turned on its owner, as the woman "was screaming that the bull was going to kill her and needed to be shot." Eventually, the animal reportedly charged at a police officer's patrol vehicle.

The owner was transported to a hospital with minor injuries, police said. She told police the bull had recently attacked her husband, who did not sustain serious injuries.