THE gunmen in a Jewish supermarket shooting spree that left them and four others including a hero police officer dead may have deliberately targeted the store, it emerged tonight.

After gunfire broke out at a nearby cemetery, the suspects barricaded themselves inside a kosher grocery store in Jersey City, New Jersey — blasting at cops who approached. 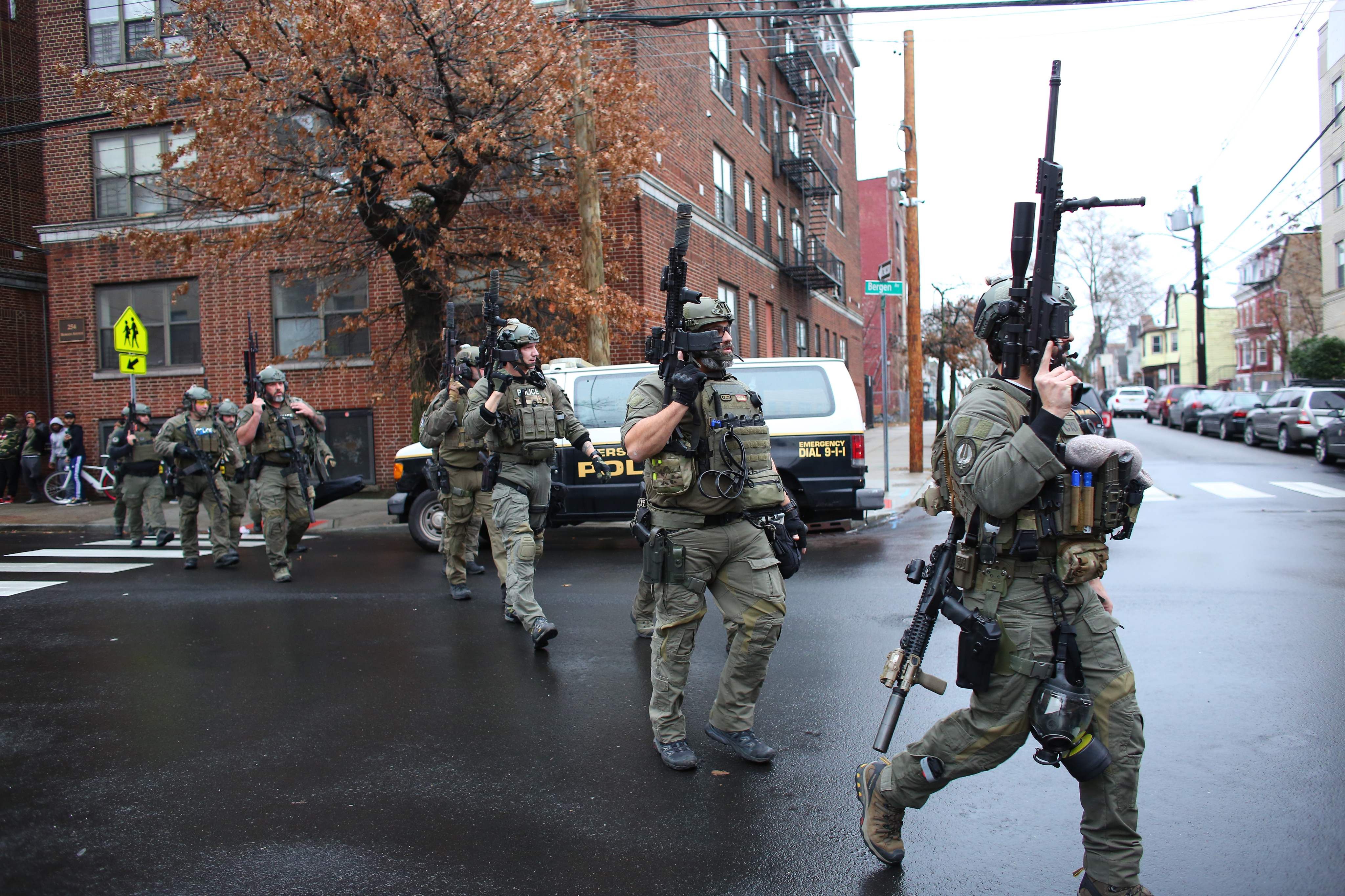 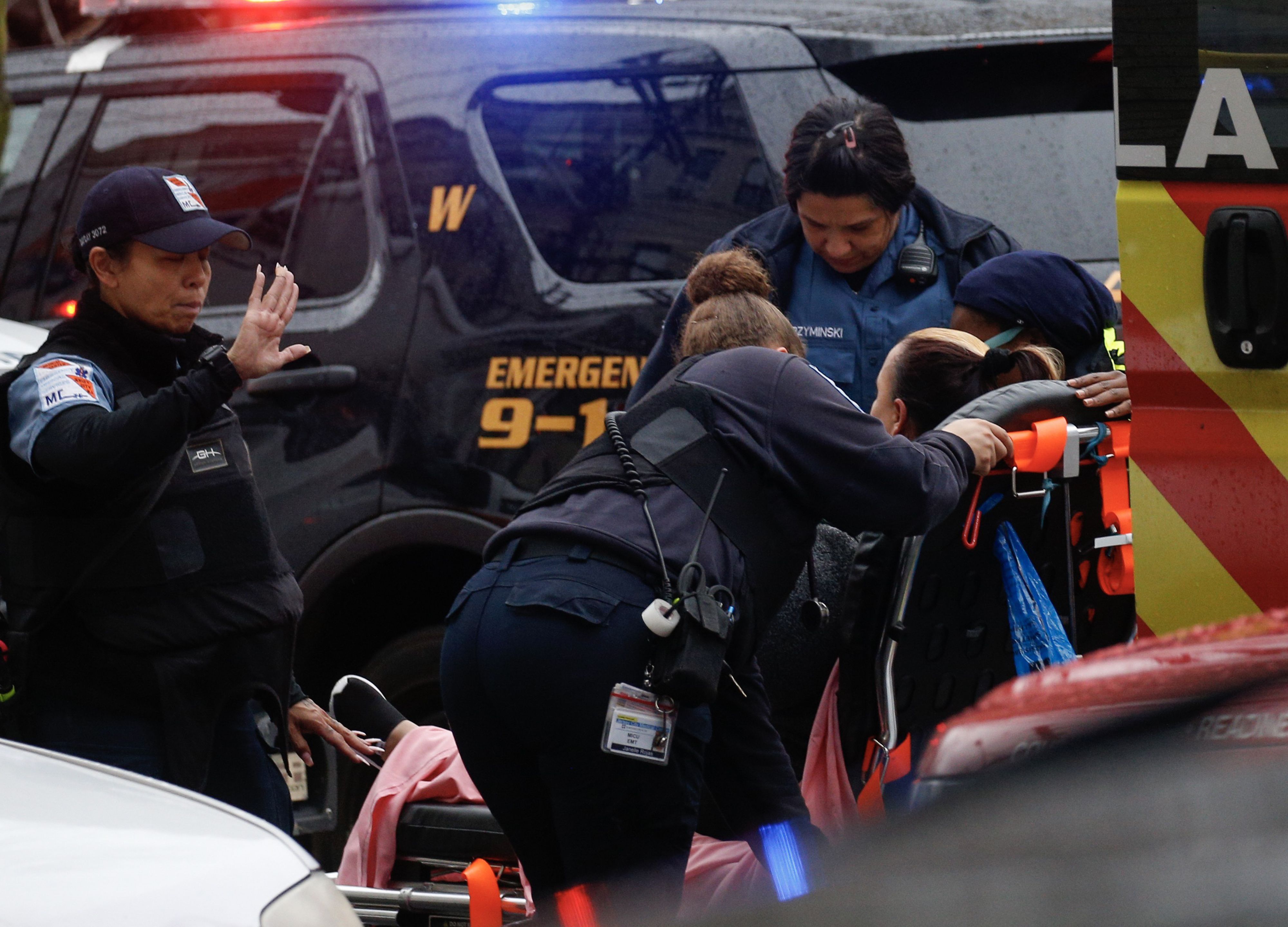 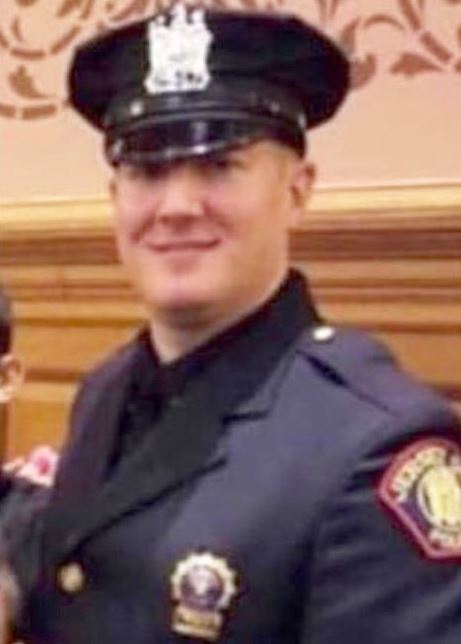 Jersey City Mayor Steven Fulop tweeted Tuesday night that authorities believe the Jewish market was targeted by the gunmen – but the reasoning has yet to be announced.

The tweet read: "Based on our initial investigation (which is ongoing) we now believe the active shooters targeted the location they attacked.

"Due to an excess of caution the community may see additional police resources in the days/weeks ahead. We have no indication there are any further threats."

In recent years, a growing community of Orthodox Jews have been moving to Jersey City, in the area where the shooting took place.

The slain cop – and dad-of-five – was named locally as Jersey City Police Department officer Joe Seals, 40 – a member of a specialist unit tasked with stamping out gun violence.

Authorities said Seals might have been attempting to stop an incident with illegal guns when he was hit by gunfire near a cemetery.

He was killed along with three people inside the store and the two unnamed shooters, police say.

Police are confident the bystanders were shot by the gunmen.

Paying tribute, Mayor Fulop said: "Seals was one of the best officers for getting the most guns off the streets. He was a good cop."

The suspects had earlier opened fire at cops from the street at around 12:30pm local time, fatally wounding Seals who had approached them as part of an investigation.

Terrifying footage shot by a witness shows two other officers fleeing from a hail of gunfire.

The gunmen – who were both male, despite earlier reports suggesting a woman was involved – then hijacked a U-Haul truck and storming the JC Kosher supermarket a mile away.

Jersey City Police Chief Michael Kelly said officers were immediately engaged by high-power rifle fire when they responded to the area of the kosher store.

The suspects engaged in an hours-long shootout with dozens of armour-clad armed cops.

They were eventually gunned down by police – but a potential third suspect is reportedly still at large.

Local reports claimed the suspects opened fire at a school before storming into the shop and locking themselves inside with at least four people. 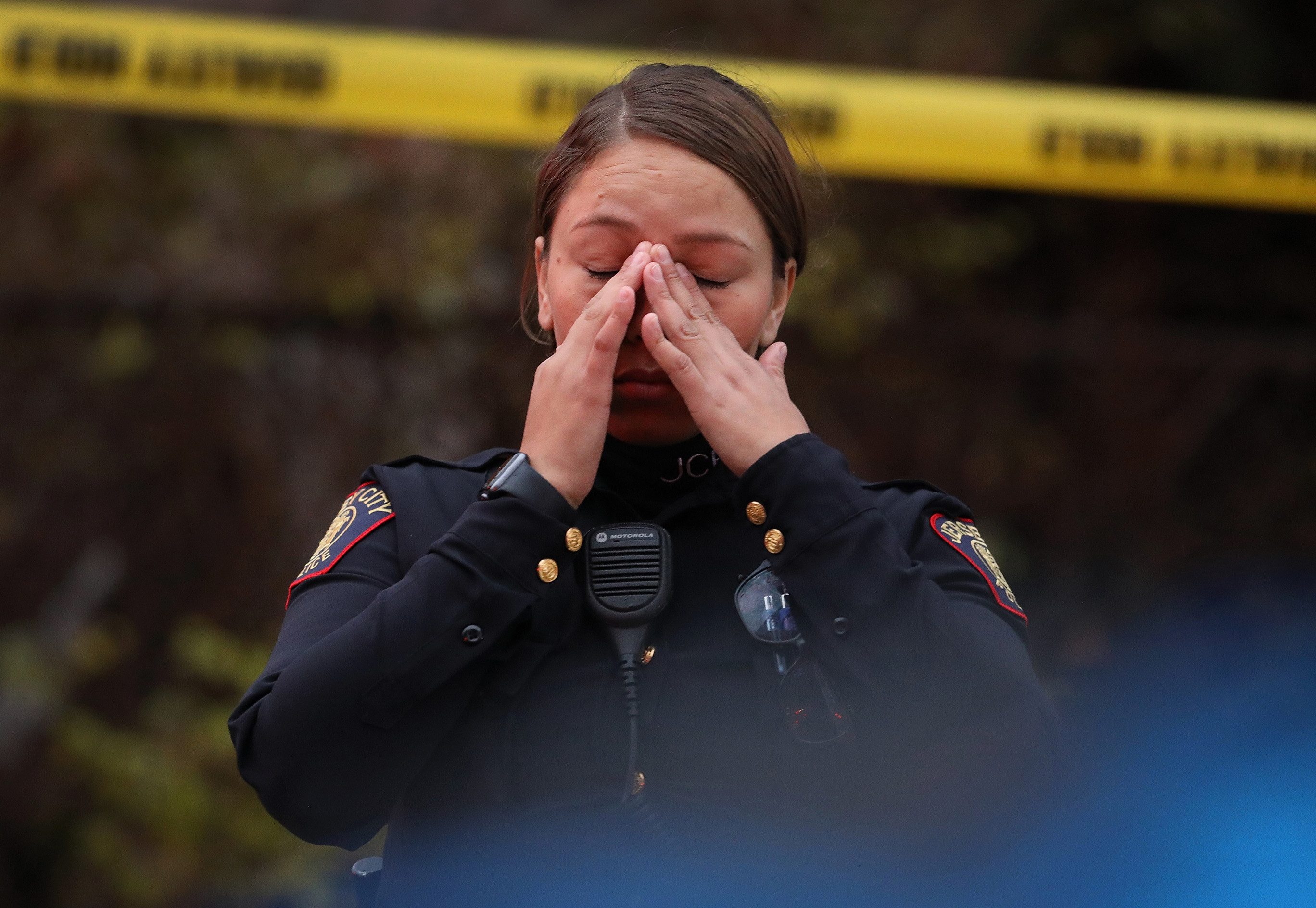 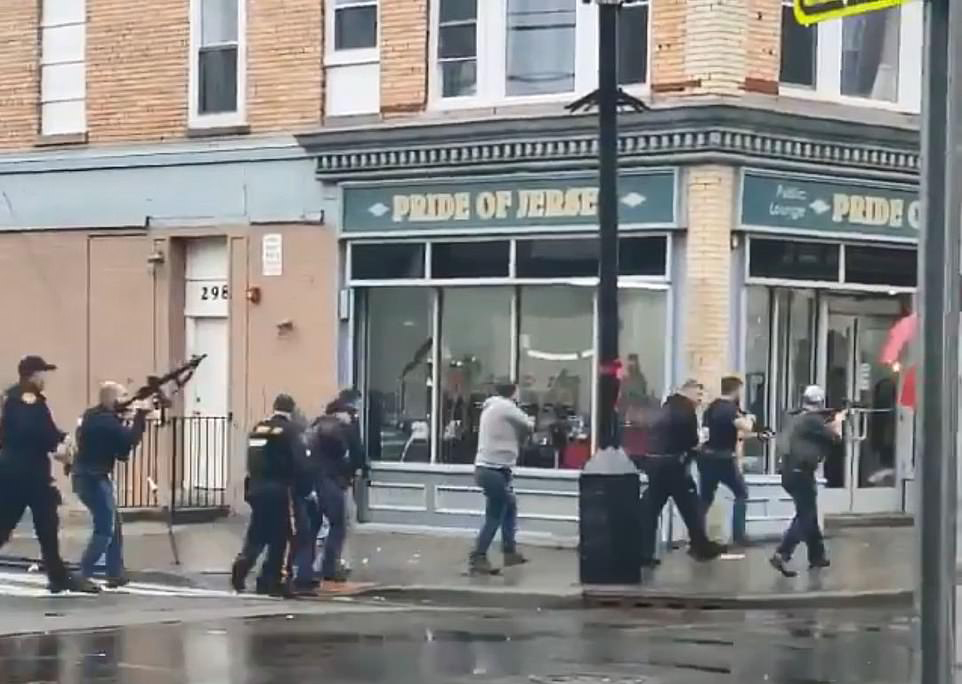 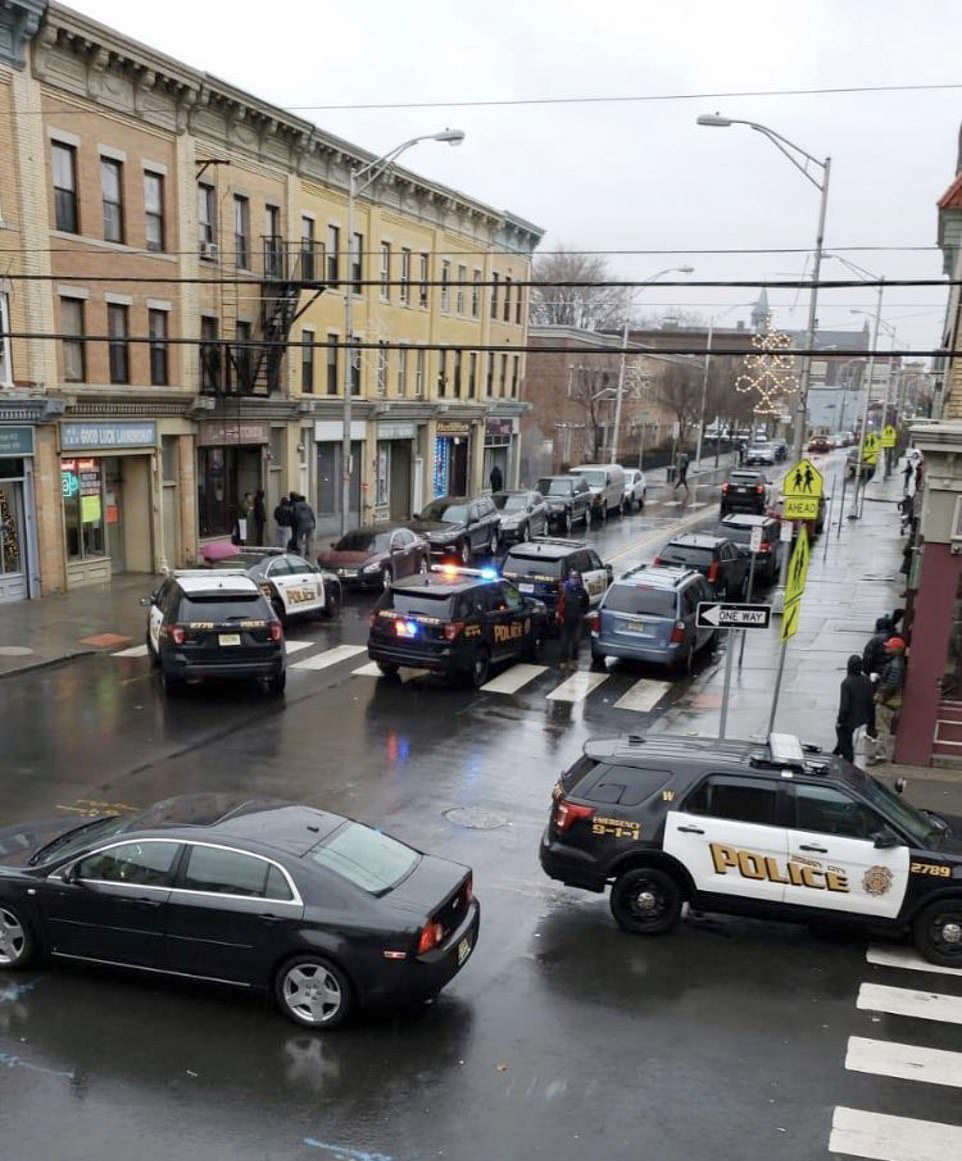 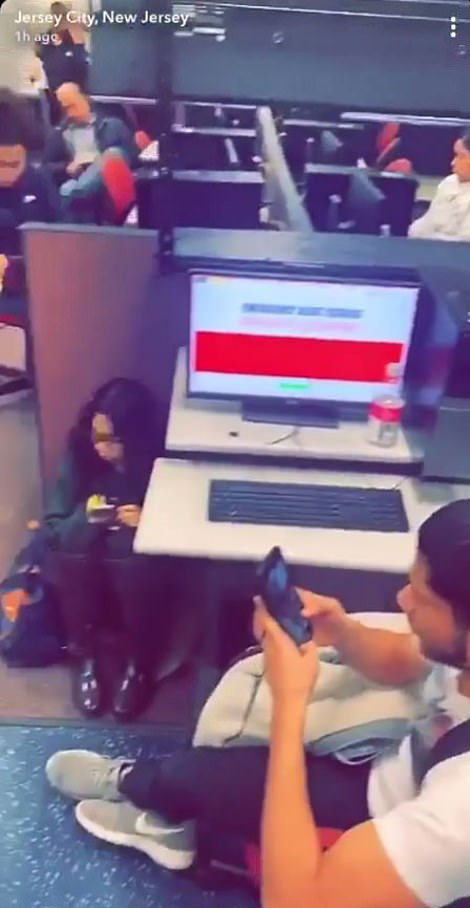 Moving in formation, they engaged in a firefight for more than an hour with the shooters who were believed to have been youngsters.

As sporadic and heavy gunfire rang out helicopters circled overhead.

Dozens of bystanders pressed against the police barrier to film the action on their phones, some whooping when gunfire bursts filled the air. 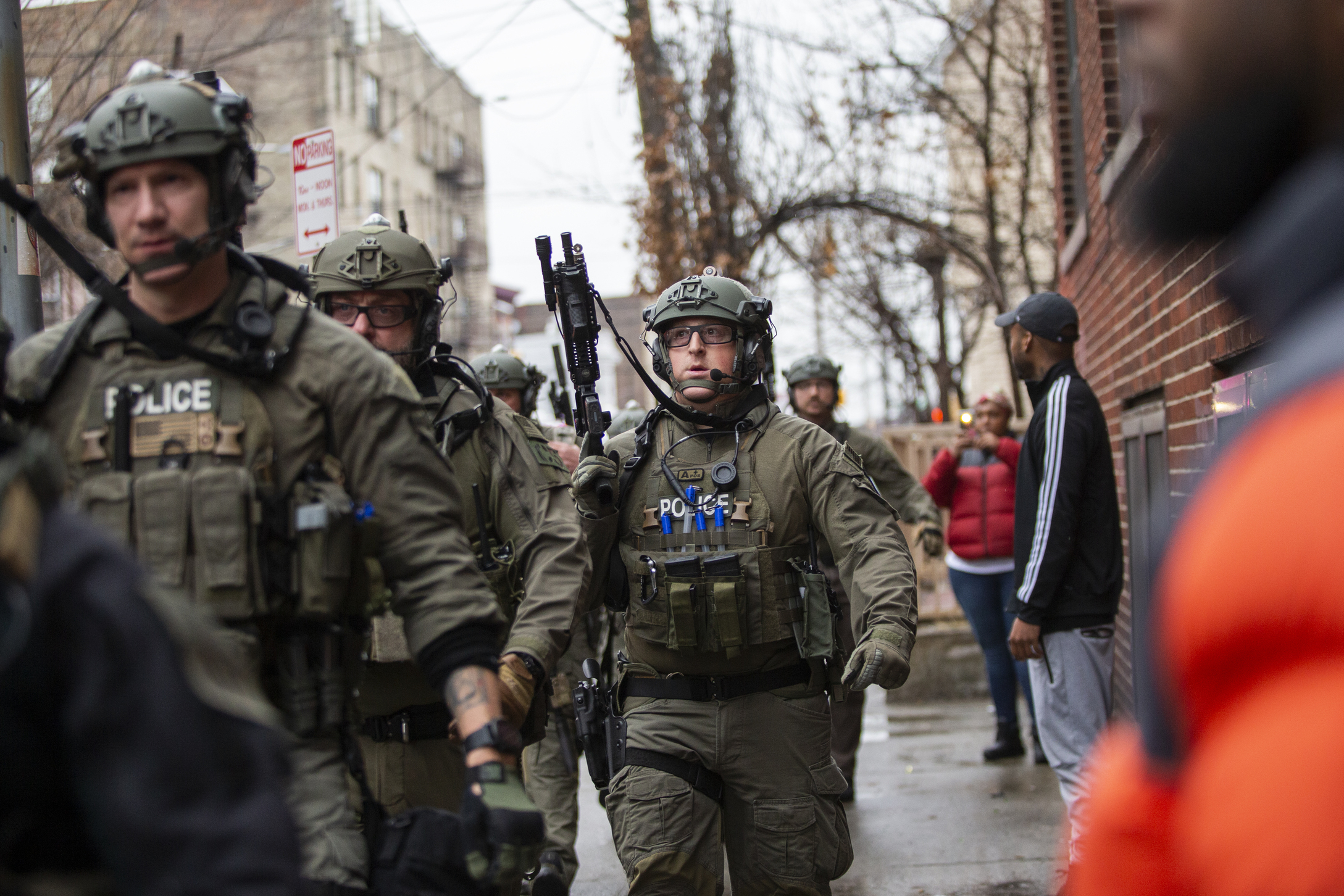 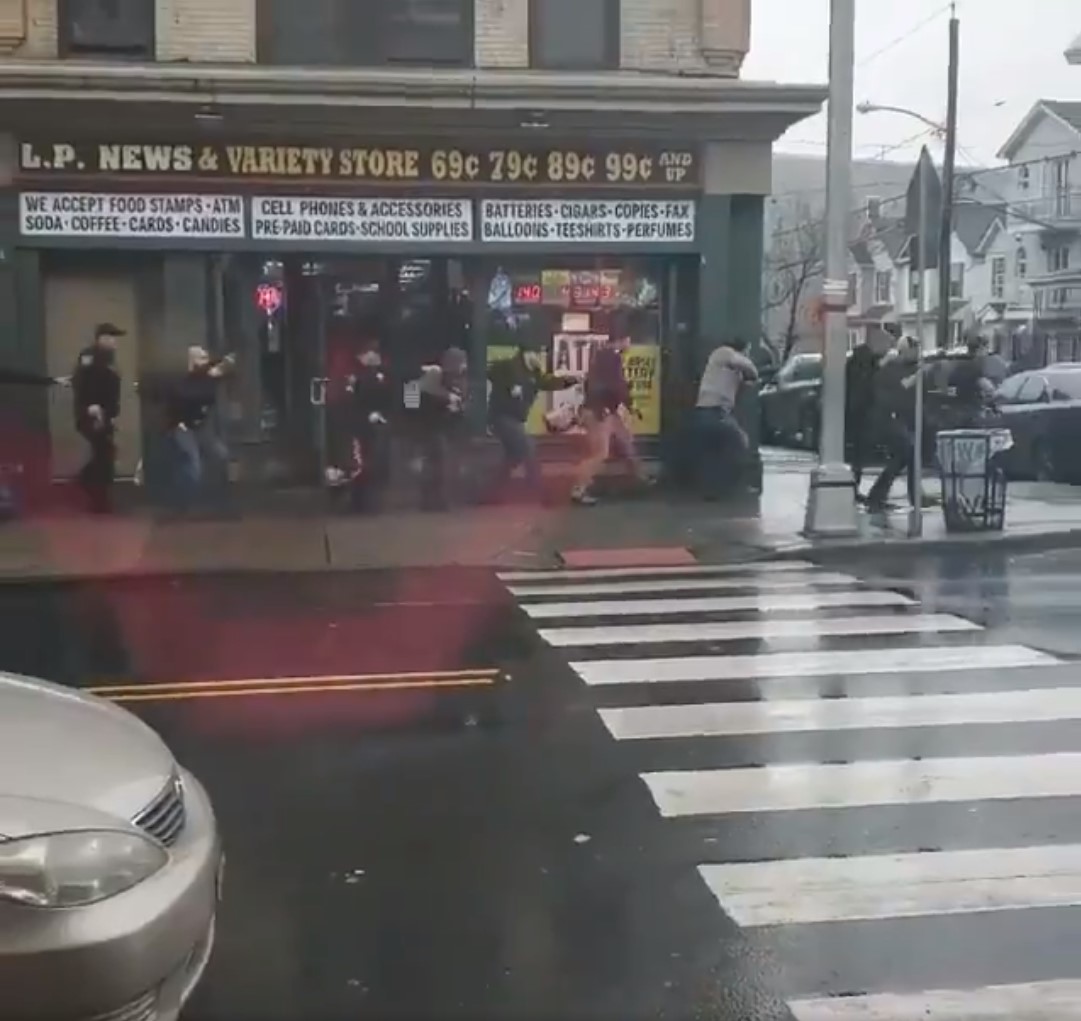 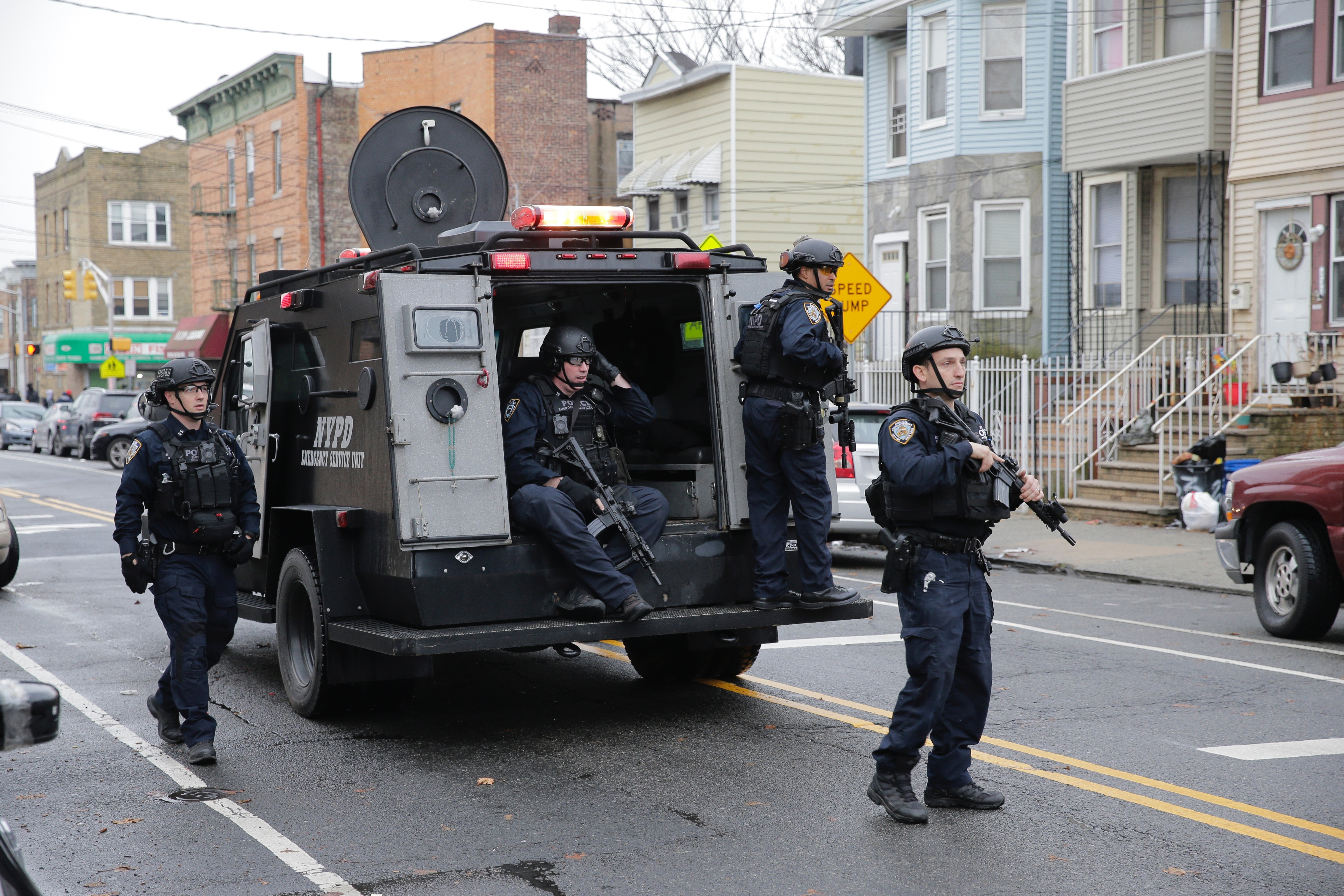 Andy Patel works at a liquor store about three blocks away from the scene of the shooting said there had been consistent gunfire fire for more than an hour.

"They were shooting like crazy about an hour ago.

"The cops were clearing everyone off the streets." 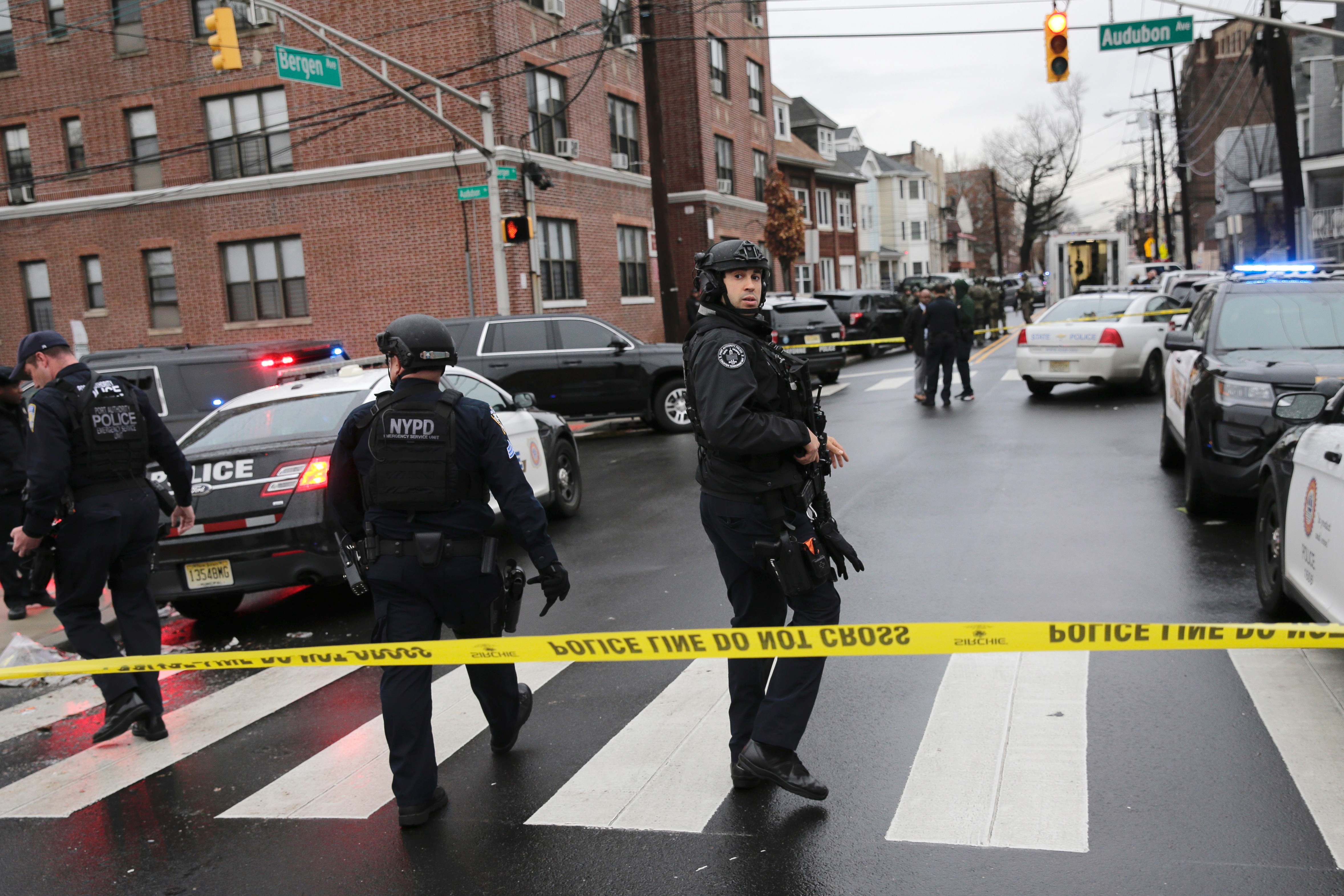 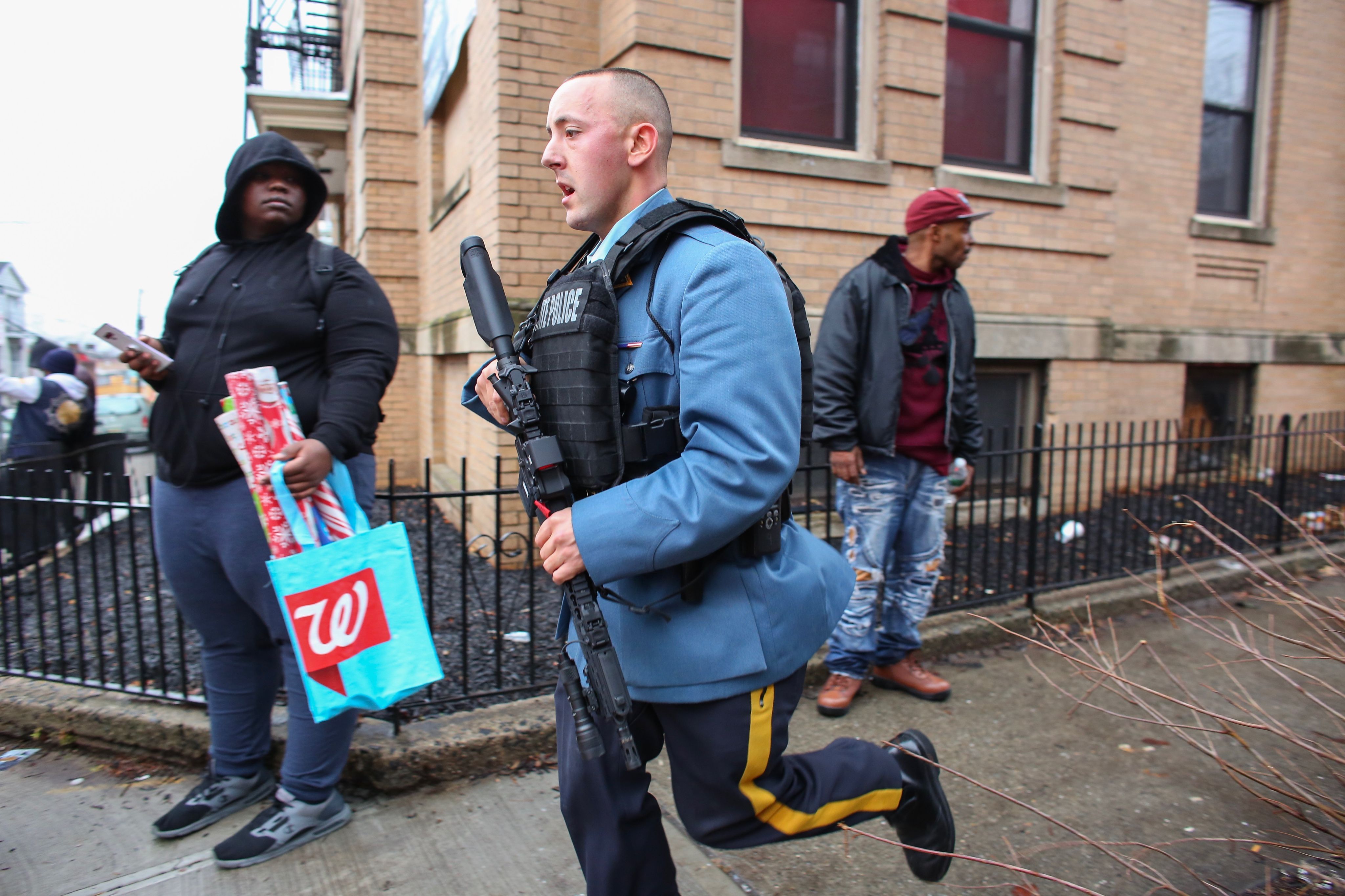 WABC reported that the incident began at the Bay View Cemetery when at least one shooter opened fire on a police officer, wounding them in the shoulder.

The outlet said the shooter then fled into a convenience store and began firing on responding cops as they surrounded the building.

NBC4 quoted Hudson County officials as saying that two police officers had been shot, one in the head.

City Public Safety Director James Shea said that authorities believe the bloodshed was not an act of terrorism but that it was still under investigation.

Police also found a possible "incendiary device" – found in the shooters' rental vehicle – and sent it to a bomb squad for examination.

Seals had been on the Jersey City Police Department since 2006.

In addition to his work with the illegal guns unit, he was cited for heroism in a Christmas Eve 2008 incident in which he and another officer burst through the window of a home and stopped a sexual assault that was being carried out against a 41-year-old woman.

Meanwhile local schools in the South district of Jersey City were placed on lockdown after one, the Sacred Heart School, was shot at, although no-one had been hurt.

The school district tweeted: "All students and staff are safe however ALL school are currently on lockdown due to police activity."

Zamir Butler, a seventh grader at Sacred Heart, heard the shots when he was walking back inside the school from the playground.

He explained: "Everybody was running up the stairs to get to safety in the classroom. A few of the kids were crying. They told us to stay behind the wall and stay down."

In a statement, New Jersey governor Phil Murphy said earlier: "I have been briefed on the unfolding situation in Jersey City.

"Our thoughts and prayers are with the men and women of the Jersey City Police Department, especially with the officers shot during this standoff, and with the residents and schoolchildren currently under lock down."

"Keep all those involved in your thoughts." 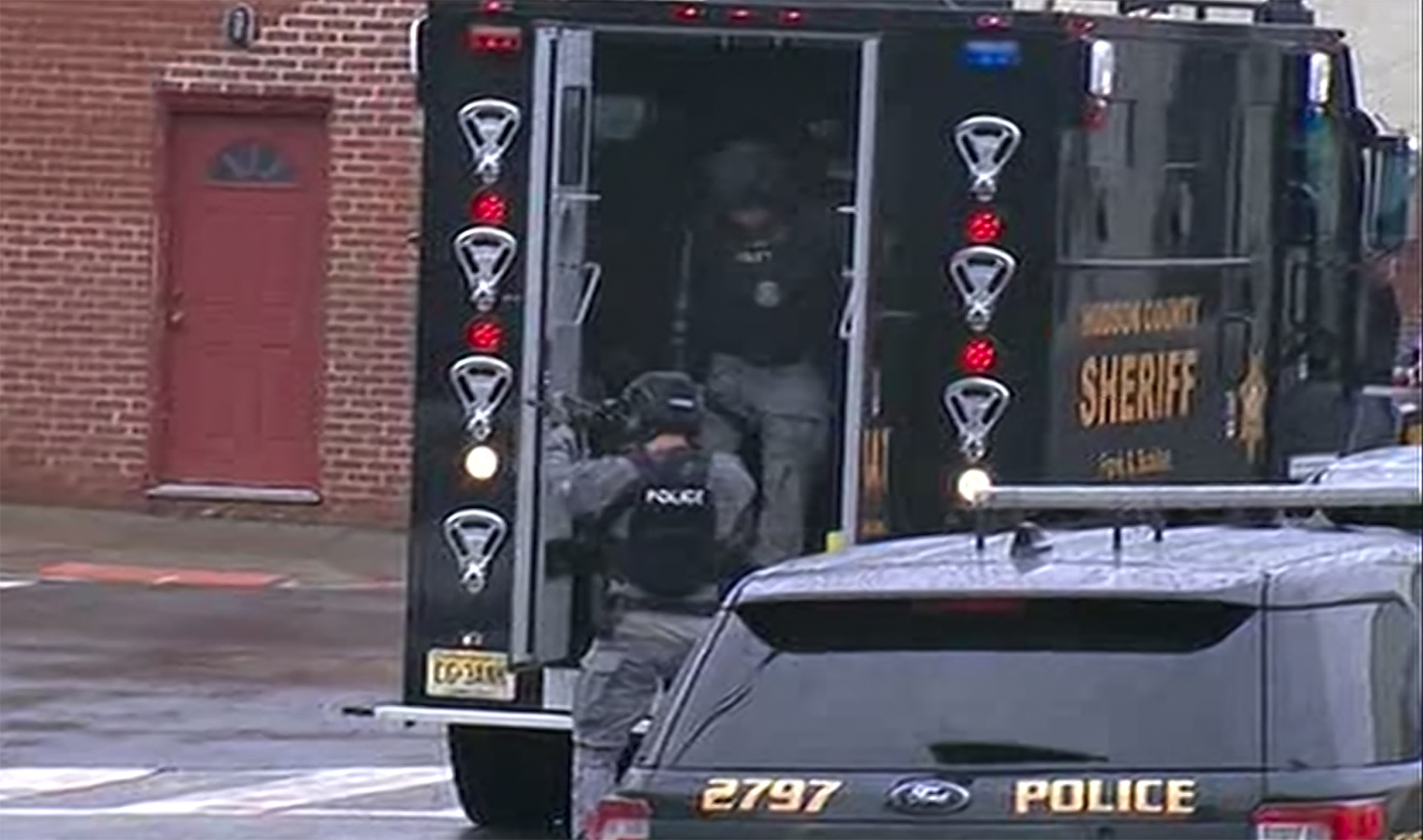 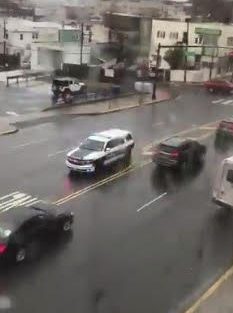