Authorities on both sides of the pond are investigating the disappearance of an American teenage girl who apparently traveled to the United Kingdom over the weekend.

Victoria Grabowski, 16, was last seen Saturday morning at her residence in the New York City borough of Queens. She is believed to have then boarded a London-bound flight at John F. Kennedy International Airport, though that is still “under investigation,” a spokesperson for the New York City Police Department told ABC News on Wednesday morning. 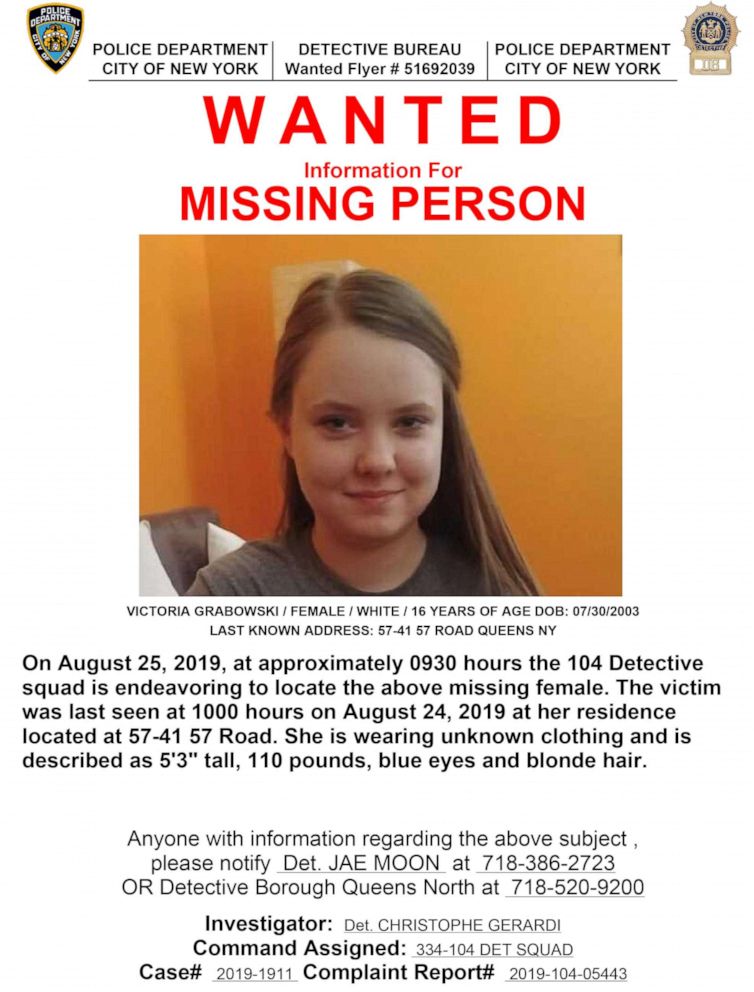 Grabowski is believed to have arrived at Heathrow Airport in the U.K. capital later Saturday, according to a statement from London’s Metropolitan Police Service, which said the teen is being treated as a “missing person.”

London detectives are working with their counterparts in New York City to locate the girl and liaise with her family.