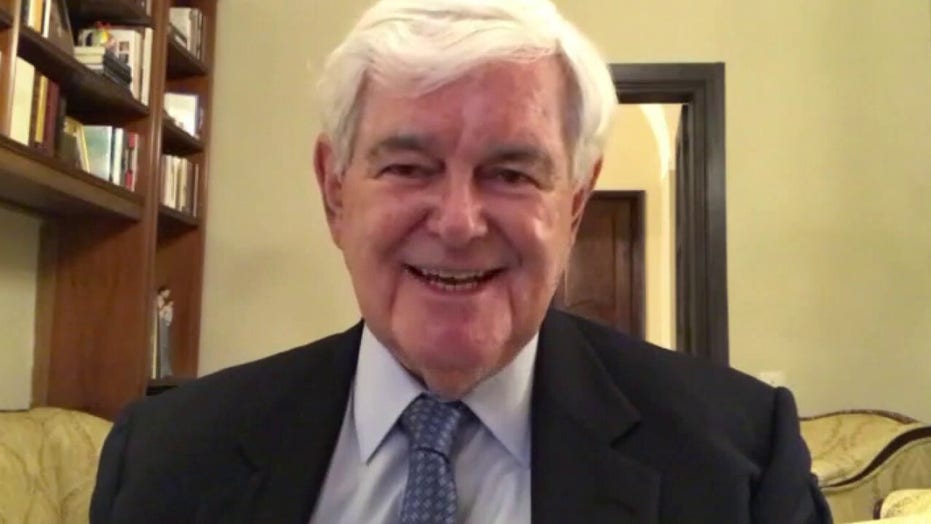 The only way to break violence is to "keep arresting people until there's no one left,” former House Speaker Newt Gingrich said Monday in the wake of unrest over the police-involved shooting of Jacob Blake in Kenosha, Wis.

“I think they need to take every video they can and ask people to send us whatever video you might have taken, they need to track these people down, they need to charge them with the highest possible crime,” Gingrich told “Fox & Friends.”

Gingrich said this “simply” needs to happen in order to “break the fever by which people on the left,” including Antifa, have “come to believe they have the right.”

SEN. RAND PAUL: MY WIFE AND I WERE ATTACKED BY A MOB — DEMS WOULD WORSEN PROBLEM BY BOWING TO RIOTERS

Meanwhile, Rep. Ken Buck, R-Colo., on Sunday called for a Department of Justice (DOJ) investigation into the funding of recent violent protests that have sprung up across the country, echoing statements made by Sen. Rand Paul, R-Ky., who was recently attacked while with his wife during the Republican National Convention.

Buck had first addressed the issue after Paul and his wife, Kelley, were accosted while returning from the RNC on the way back to their hotel.

"If the Tea Party threatened a Democratic Senator and assaulted police officers like this, it would be leading CNN," the Colorado Republican wrote on Friday. "Every conservative politician would be asked to condemn it. Where is the outrage?"

Gingrich said that he watched Portland Mayor Ted Wheeler announce that there has been “violence for 94 days.”

“It was so pathetic,” Gingrich said. “His answer to it was to plead with people not to be violent and to blame Trump …. Which, by the way, Joe Biden did. Totally dishonest analysis.”

Gingrich highlighted that the cities in “big trouble” are all “left-wing cities with left-wing mayors” such as Chicago, New York and St. Louis.

“I think you’re going to see this continue until we in fact stand up for civilization,” Gingrich said.