A nurse returned home from a 12-hour shift to a note calling her a disgrace for going out during lockdown.

Bex Williams got to her home in Godmanchester, Cambridgeshire, from a 12-hour night shift at Peterborough Hospital to find a note, scolding her for not staying at home, pushed through her door.

The handwritten note said: ‘You are a disgrace and you have been reported! Stay at Home Saves Lives’.

Bex said: ‘At first I thought it was a good will gesture letter after other nurses have received lovely gifts and messages on their cars and doorsteps.

‘When I opened the note my heart just pounded in my throat.

‘I just couldn’t believe how awful it was.’ 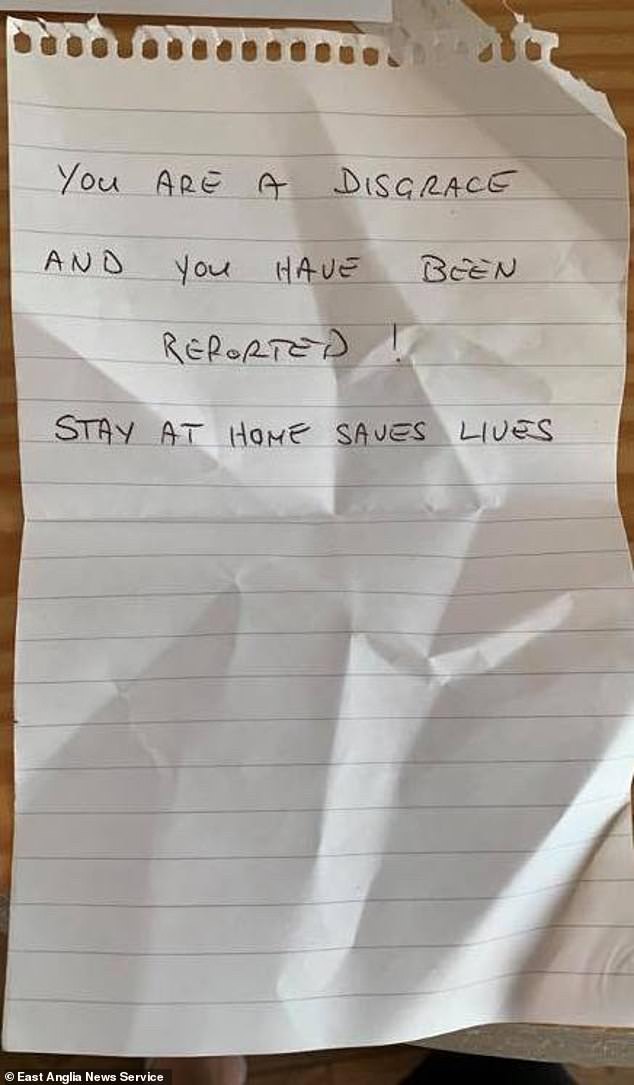 The note that NHS nurse, Bex Williams, came home to after a 12-hour night shift at Peterborough Hospital in Godmanchester, Cambridgeshire, calling her a disgrace for not staying at home during the lockdown

Bex was already having a difficult time at work and having to leave her children with her brother while she works.

She does not know who sent the note on Monday but thinks it was probably a neighbour.

‘Most neighbours know I am a single mum who has to drop my children off at my brother’s house to look after them,’ said Bex.

‘To the vile, malicious, person who posted this through my daughter’s letterbox.

‘She has just returned from the first of three night shifts as a frontline nurse at Peterborough hospital.

‘She’s a lone parent and my son has her children whilst she works as I’m classed as high risk and can’t have them at the moment.

‘To come home to this after working.

‘You are the disgrace.

‘She’s upset and probably won’t be able to sleep today before going back to work tonight.

‘I really hope you don’t need her or her hardworking colleagues’ services during this crisis.

‘A little fact checking would have gone a long way instead of hiding behind an anonymous note through her door.

‘I hope you’re proud of yourself.’ 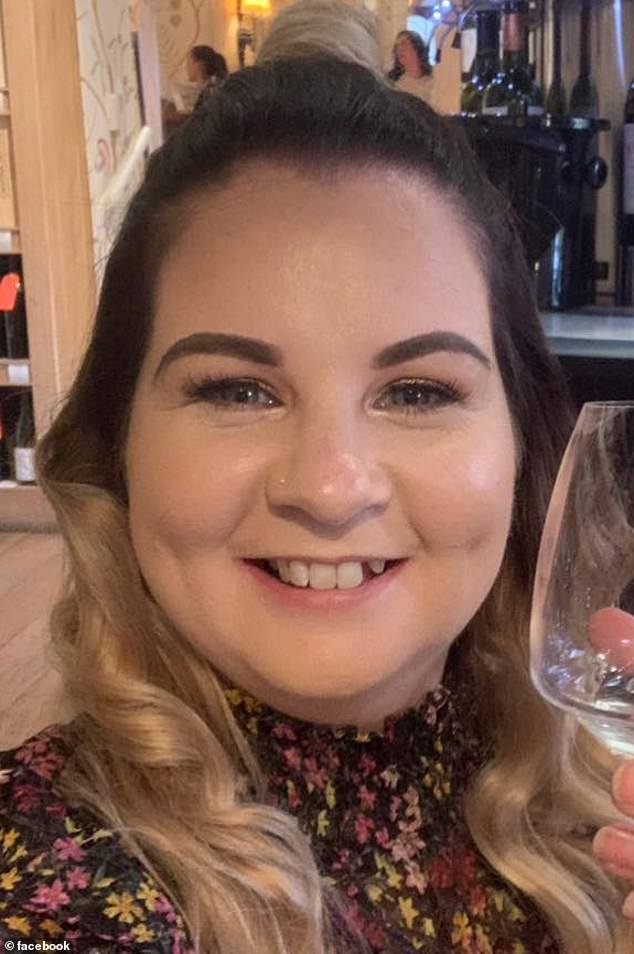 Bex (pictured) received lots of messages of support after her mother posted the note on Facebook. Bex said she is really grateful for the positive comments and that they help her to feel better

Deb said that note had added to her daughter’s stress and anxiety that she was already struggling with from work and worrying about her children.

‘The fact that the sender chose to hide behind a cloak of anonymity has taken her (Bex’s) right to recourse away from her.

‘Had the sender had the guts to knock on her door they could have been given the full facts and circumstances.

‘Please if you feel the need to tackle someone about their seemingly selfish behaviour make sure you have the full facts first.’

Bex said that she is really grateful for the encouragement people have given her since the note.

‘It has helped to make me feel better and I really appreciate people’s support at this time,’ said Bex.