NICOLA Sturgeon has announced a full lockdown across Scotland from midnight until the end of January – as England also faces tougher measures within days.

There will be a legal stay-at-home order from 12am – just like last March – with £60 minimum fines for breaches, the First Minister said this afternoon. 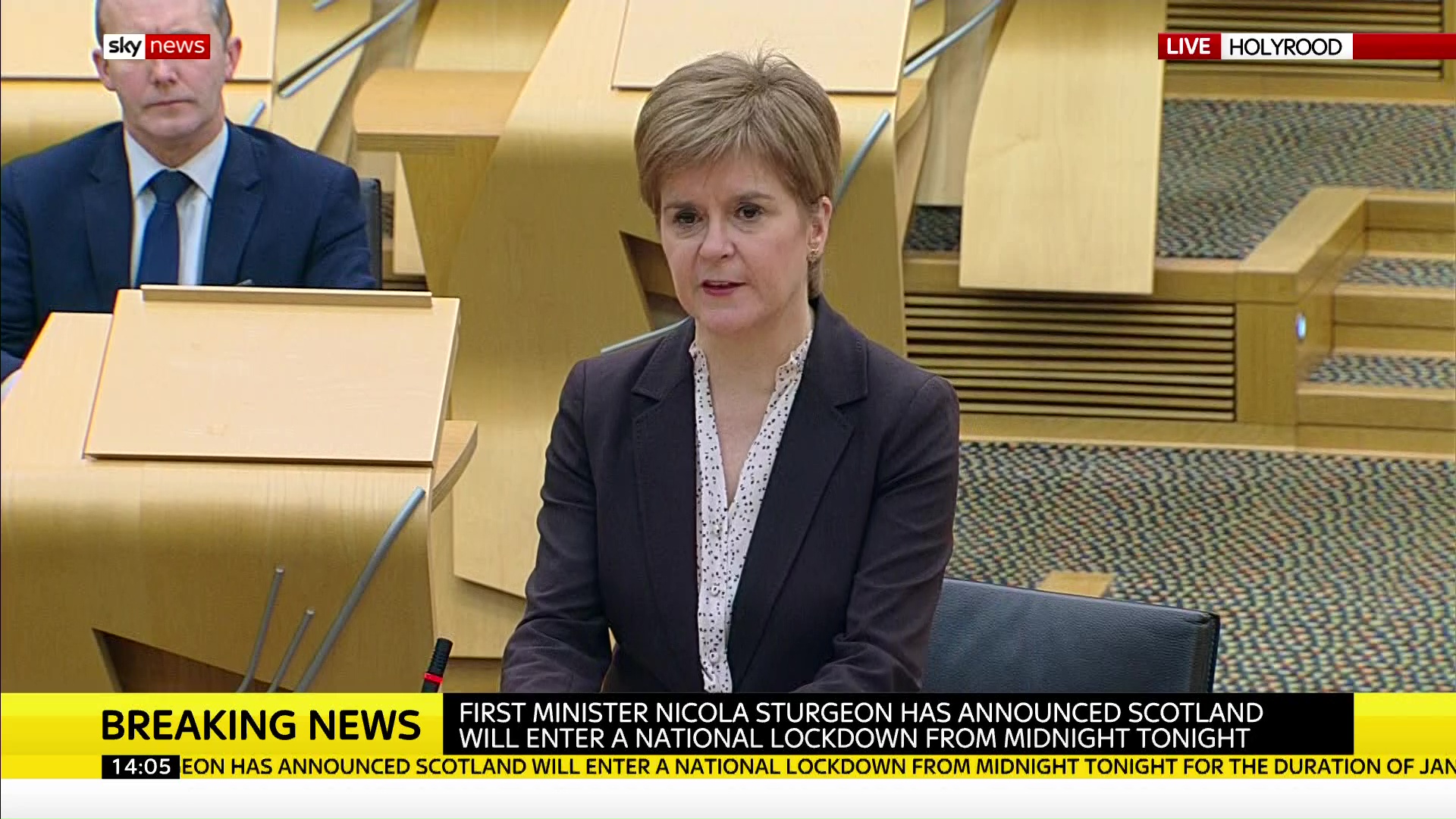 Scotland’s lockdown – what you can and can’t do

He said earlier that there was "no question" that extra restrictions were now needed, but refused to be drawn on what that might be.

Ms Sturgeon told the nation that the current Level 4 measures – the top level of restrictions in Scotland – would now not be enough to get the R rate back below one.

Similar "reasonable excuses" for leaving home will apply, such as for shopping or exercise, and schools across Scotland will be closed until at least the start of February, sources said.

Vulnerable pupils and children of key workers will be allowed to go in as "transmission is simply too high", but there will be a review in the coming weeks.

School staff will be on the list for vaccinations, she added.

Only two adults from different households will be allowed to meet outdoors, as with the first national lockdown – but kids under 11 won't count.

Yet children from separate households will still be able to play together outdoors, and playparks will stay open.

Ms Sturgeon told MSPs this lunchtime she was more concerned right now than at any point since March.

She said: "We have decided to introduce from tomorrow, for the duration of January, a legal requirement to stay at home except for essential purposes. This is similar to the lockdown of March last year.

"It is essential that we further limit interaction between different households to stem the spread and bring the situation back under control, while we vaccinate more people.

Shielding people in Scotland will be told not to go into work – and that will act as a sick note to employers.

Churches and other places of worship will close for communal worship.

A maximum of five can attend weddings and civil partnership services, while 20 can attend a funeral.

Showrooms and clinics offering cosmetic procedures will have to close too.

And there will be a return of the 2m rule for some places north of the order too.

Everyone who can is ordered to stay at home – and businesses should look again at whether they can keep more workers out of offices.

Scotland is around four weeks behind the situation in London and the South of East of England, she said.

The next set of hospital and intensive care unit stats are expected to show inpatients will pass the peak as early as three weeks away.

"We have to act quickly and decisively," she added.

"The new faster spreading variant of the virus – is a massive blow.

"Please stick with it, and stay at home."

However, in Wales the Government is still planning for schools across the country "to open in a flexible way", health minister Vaughan Gething said earlier.

"We need to see the evidence and advice first rather than taking an approach that will lead to more panic and more lack of understanding.

The PM is expected to have meetings with his top team later today to try and decide what action to take.

The First Minister is recalling Parliament in Scotland too to discuss the plans.

Scotland recorded 2464 new Covid-19 cases in the last 24 hours, up from the day before.

Matt Hancock hinted earlier today that tier 4 is set to be extended as Tier 3 wasn't working to stop the spread of the new strain.

And he refused to rule out another lockdown in England if there needed to be one.

The Health Secretary said nothing was off the table as the Government mull new measures to try and crack down on the case numbers – which have reached record highs in the past week.

Mr Johnson said there was "no question" of tougher measures coming "in due course".

Speaking during a visit to Chase Farm Hospital in north London to meet some of the first people to receive the Oxford vaccine on Monday Mr Johnson said there were "tough tough" weeks to come.

He admitted that people have become "impatient" and "frustrated" with the rules – but he begged them to obey them until the vaccine can be rolled out further.

The PM admitted he was waiting until the impact of the Tier 4 rules could be seen, which was "a bit unclear at the moment" – and will be keen to see the impact of Christmas Day mixing rules being relaxed.

And he suggested that secondary schools might have to stay closed in order to keep primaries open, but stressed that the risk to teachers was no greater than other lines of work. 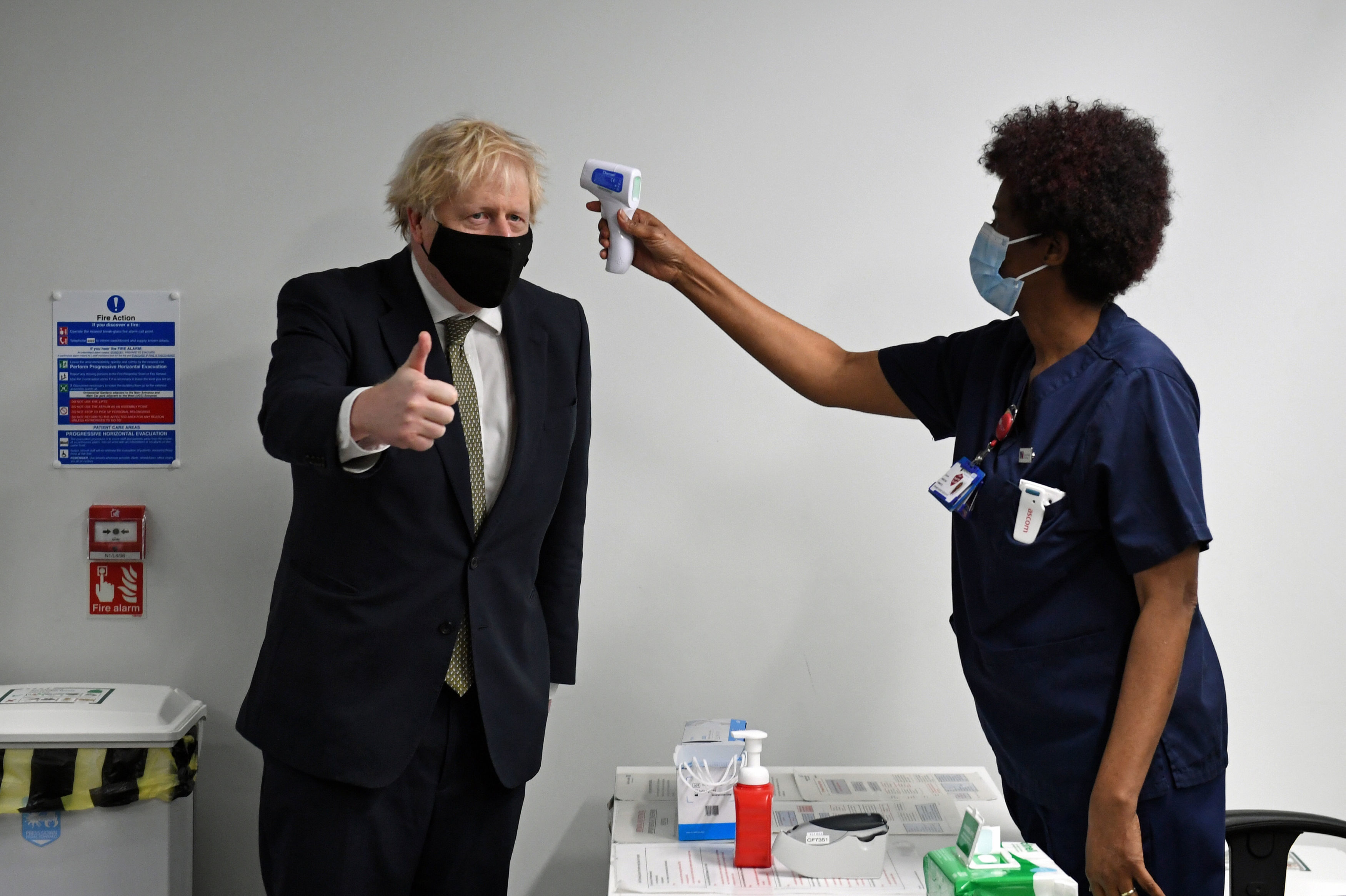 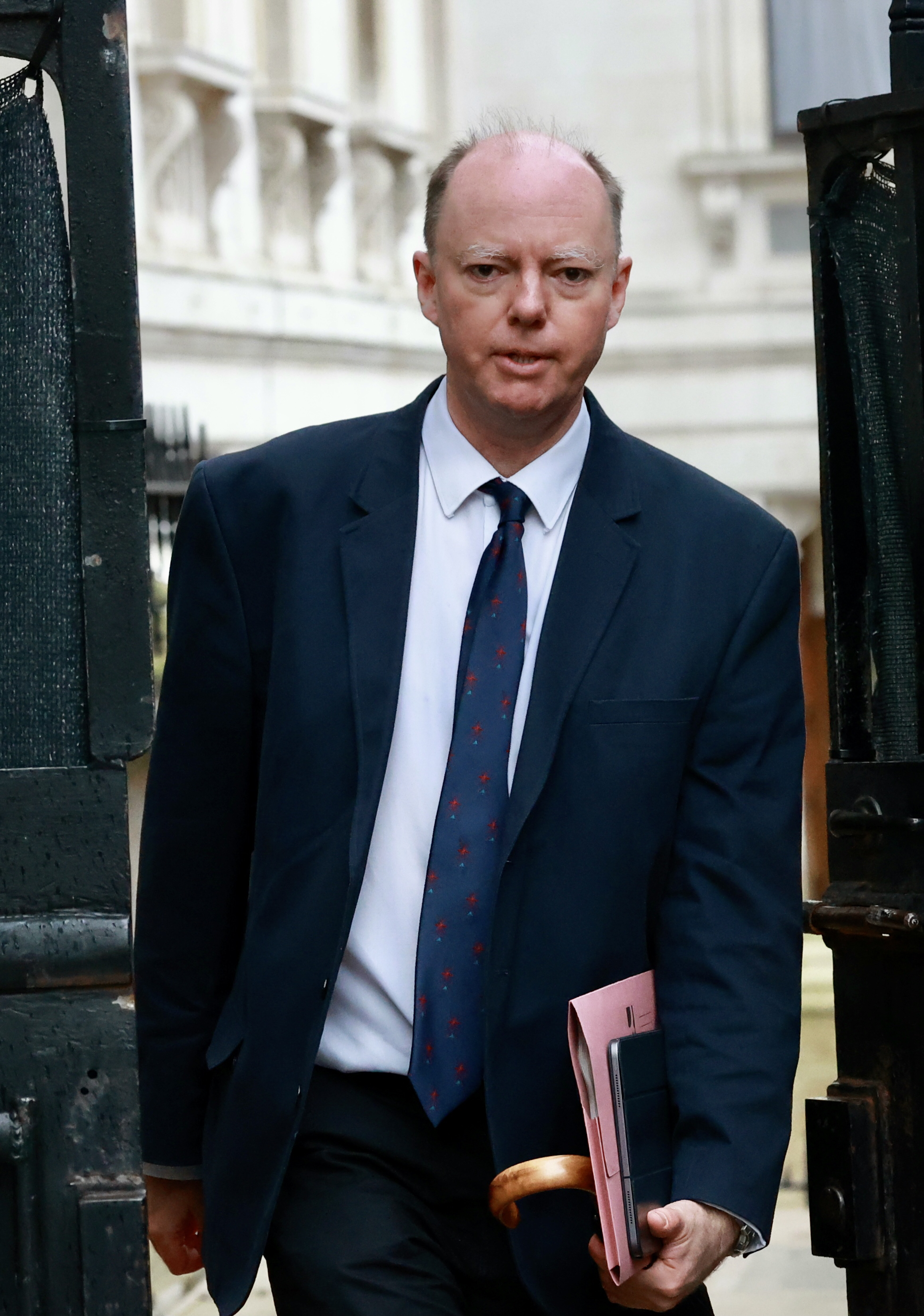 Boris will meet officials to decide whether the mutant strain of coronavirus surging through the country will mean a return to a March-style lockdown, with schools shut, non-essential shops shuttered and most travel banned.

Additional restrictions – dubbed Tier 5 – are also being considered, but ministers say there are no current plans for an additional official Tier.

Government sources have played down the prospect of a national curfew or restrictions on exercising outside, but have warned the rules may last for months to come.

The Government's Covid-O committee, which makes decisions on restrictions, will meet in the coming days, and Mr Hancock has stressed the data is being looked at daily.

And officials are worried too about another new strain of the virus which has come from South Africa – which spreads even faster than that.