Nicola Sturgeon warned of vaccine shortages due to Pfizer issues today despite No10 insisting it is ‘confident’ the UK has enough.

The First Minister said that the number of appointments being offered north of the border could be scaled back, blaming high uptake and Pfizer manufacturing problems.

Ms Sturgeon told her daily briefing that the Scottish government also needed to ‘preserve some stocks for second doses’.

But Downing Street dismissed concerns about shortages, with the PM’s spokesman saying: ‘We’re confident of our vaccine supply and we’re confident that we can hit our target of vaccinating all those top four groups by Monday.’

The tensions emerged as ministers urge the last two million people in the top four vaccination groups to come forward.

The government is aiming to have covered around 15million Britons in the top four categories by February 15, with the total passing 13million yesterday.

The exact number of jabs needed to reach the goal depends on uptake, with government experts saying that will also be pivotal in lifting lockdown. 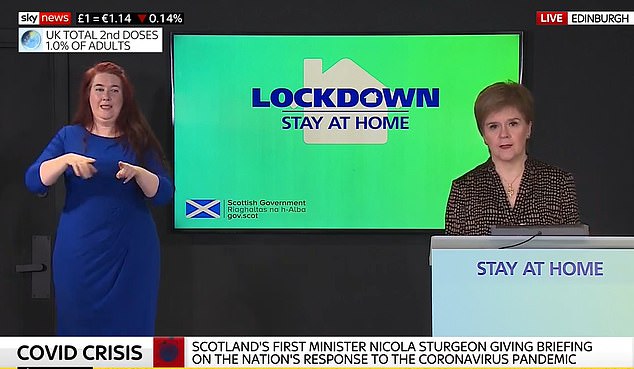 Nicola Sturgeon said that the number of appointments being offered north of the border could be scaled back, blaming high uptake and Pfizer manufacturing problems. 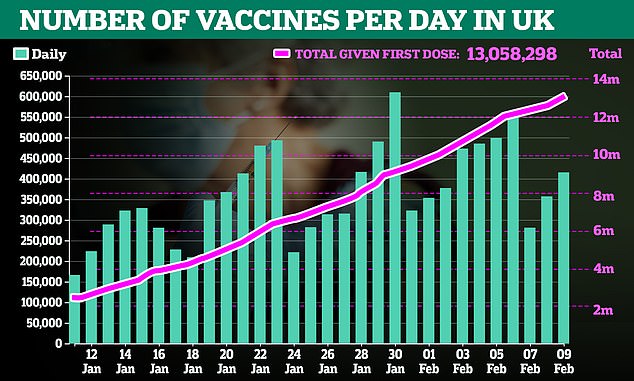 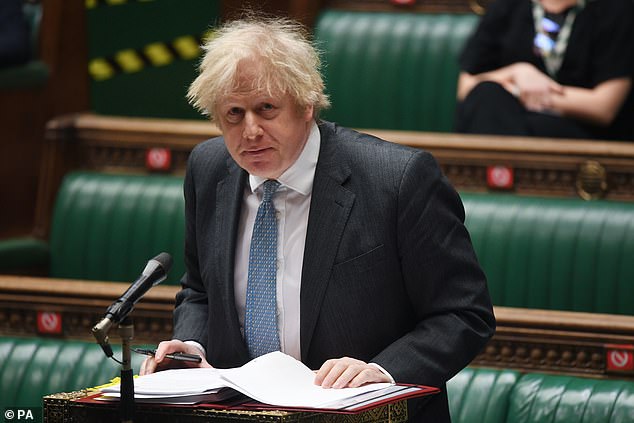 No10 insisted it is ‘confident’ the UK has enough vaccine supplies. Pictured, Boris Johnson at PMQs yesterday

Ms Sturgeon said today that Scotland rollout – which has come under fire for being slower than England’s – had now reached a million people.

‘By Sunday, we expect to give vaccines to 70,000 more people than we originally anticipated in the deployment plan,’ she said.

‘This is due to the higher vaccine take-up rates than we had anticipated.

‘These two factors combined with the need to preserve some stocks for second doses, mean we have to ensure we don’t schedule more appointments than our vaccine supplies allow.’

Ms Sturgeon said that this might result in a reduction of appointments that can be scheduled.

However, she added that if vaccine supplies increase in that time, they would ‘very rapidly’ be able to accelerate the programme again.

She said that Scotland is still on track to meet all targets set out – including that all over-50s should expect to receive their first dose by mid-May.

Meanwhile, Matt Hancock hailed the ‘incredible’ vaccine takeup today as he said he is ‘confident’ the target of offering jabs to the four most vulnerable groups will be hit by Monday.

The Health Secretary welcomed the proportion of people agreeing to have inoculations as he called for the last two million people to contact the NHS.

In a round of interviews this morning, Mr Hancock said hitting the target was ‘obviously critical’ but it wasn’t ‘just about making the offer’.

‘It is also about driving uptake,’ he told BBC Breakfast. ‘Amongst 75 to 79-year-olds – people in their late 70s – uptake has been 96%, it is absolutely incredible.

‘However, every extra percent reduces the number of people who are not protected and that is crucial to how effective the overall rollout is.’

This would mean there is always the threat of a rapid spike in deaths and hospitalisations, he said.

There are concerns that social care workers are more reluctant to come forward or have been missed because of shift patterns and that some elderly people are having trouble booking appointments or reaching vaccination centres.

GPs are now being paid commission to inoculate the housebound in their homes and family doctors are being urged to make personal calls to all their older patients who have not received their injection. Roving teams will hunt for care home staff who have been missed and drive-through centres have been set up to give them a more flexible way to get their jab without leaving their cars.

Meanwhile, data suggests up to twice as many black, Asian and ethnic minority Brits are turning down the vaccine compared to white people, which is believed to be due to a mistrust in Government. The NHS is working with local faith and community leaders to tackle vaccine hesitancy and counter anti-vaxx propaganda online.

So far Number 10 has batted away calls to start injecting younger people if those in the priority groups are turning them down or missing appointments.

But some areas of the country leading the way in the vaccine roll-out have taken it on themselves to start jabbing under-70s. 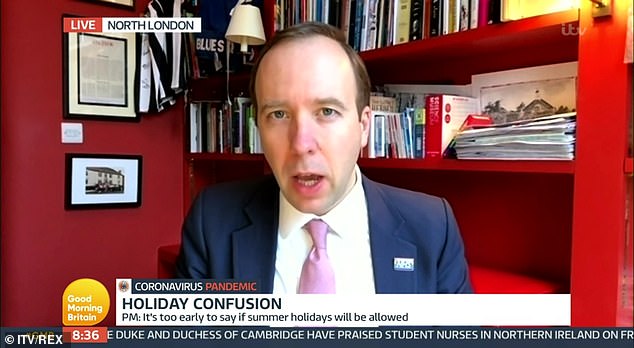