The attack, which killed at least 19 people, took place at a fish market close to Maiduguri in northeast Nigeria. 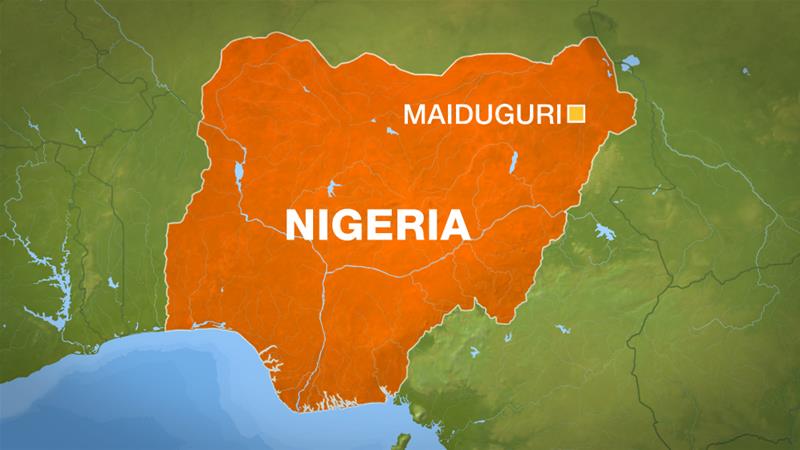 Three bombers have killed at least 19 people, as well as themselves, in an attack on a fish market in northeastern Nigeria, according to authorities.

Another 70 people were wounded when the attackers detonated their explosives on Friday evening about 20km from the centre of Maiduguri, in Borno state, police said.

There was no immediate claim of responsibility for the attack, but the use of suicide bombers in crowded areas is a hallmark of Boko Haram, an armed group waging a violent campaign in the area since 2009.

“Two of the bombers attacked the Tashan Kifi fish market. Then four minutes later, a third bomber struck nearby,” Kolo was quoted as saying by AFP news agency.

“The victims included 18 civilians and one soldier. The Tashan Kifi is an informal market which serves as an eatery, market and also hang-out for residents.”

Ari said 22 of the 70 injured were in a critical condition, adding that there was “no question” Boko Haram was behind the attack.

Borno state is the part of Nigeria that is worst hit by the Boko Haram attacks.

Bombings have continued despite repeated assertions by the government and the military since 2016 to have defeated Boko Haram, which aims to create an Islamic state in Nigeria’s northeast.

President Muhammadu Buhari took office in 2015 with a promise to improve security for ordinary Nigerians.

The conflict with Boko Haram has killed more than 20,000 people and forced over two million to flee their homes.