The roof of a middle school in a suburb of Fort Lauderdale partially collapsed Friday morning.

No one was injured, but twelve people were so rattled — including nine kids — they had to be taken to the hospital for anxiety.

The roof had been under construction at the James S. Rickards Middle School in Oakland Park, according to local reports.

Fortunately, no one was in the school’s media room when its ceiling, which was being repaired due to a water leak, came tumbling down, officials told WSVN.

The dozen who were taken to the hospital had complained of headaches, nausea and anxiety, officials said.

The principal heard two thuds before rushing to investigate and finding the room engulfed in rubble.

“Fortunately, no student or faculty members were inside the media center,” county school officials said in a statement.

“Everyone has been evacuated to Northeast High School next door,” the statement said of the 184 students and 55 staffers who had been inside.

Frantic parents rushed to the school on hearing the news, including one mom who told WSVN, “I panicked. I left the house right away with no purse, no nothing. I’m just hoping that everything’s OK.” 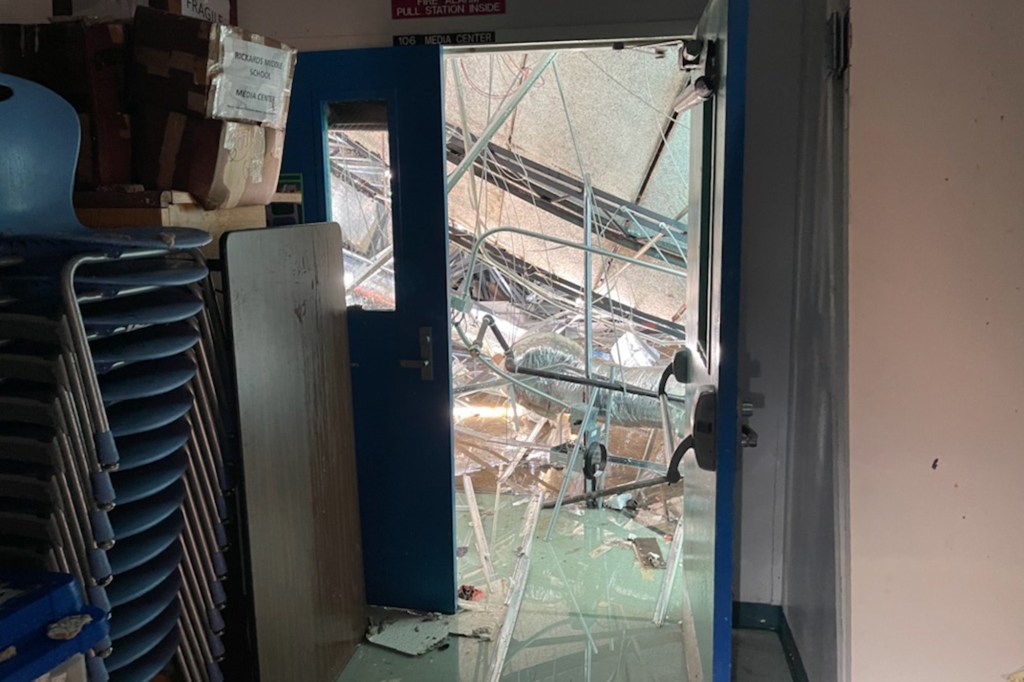 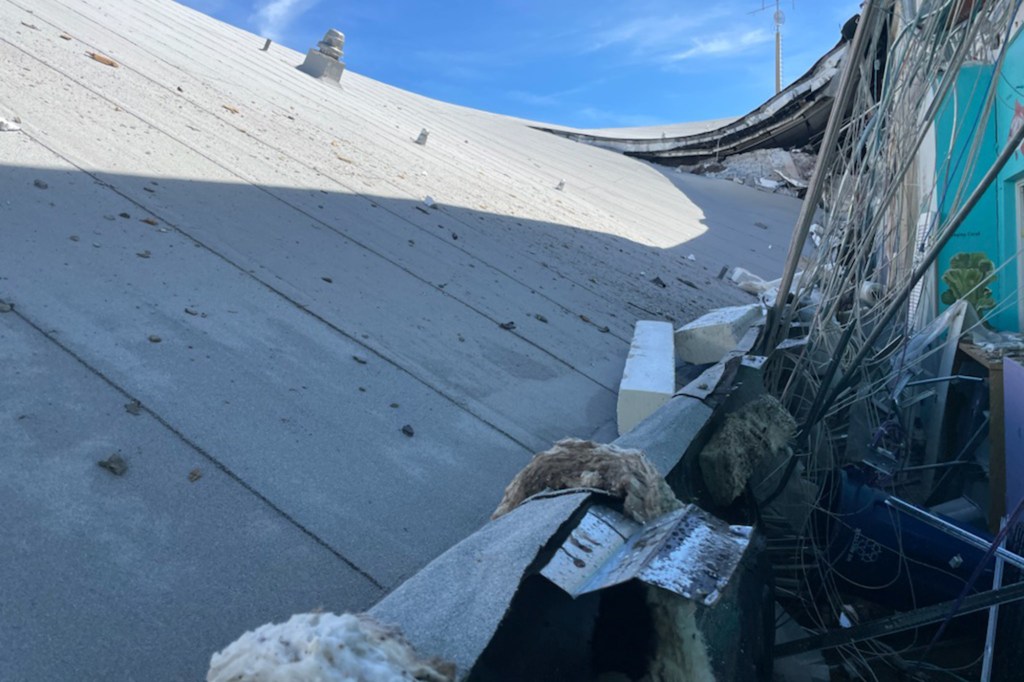 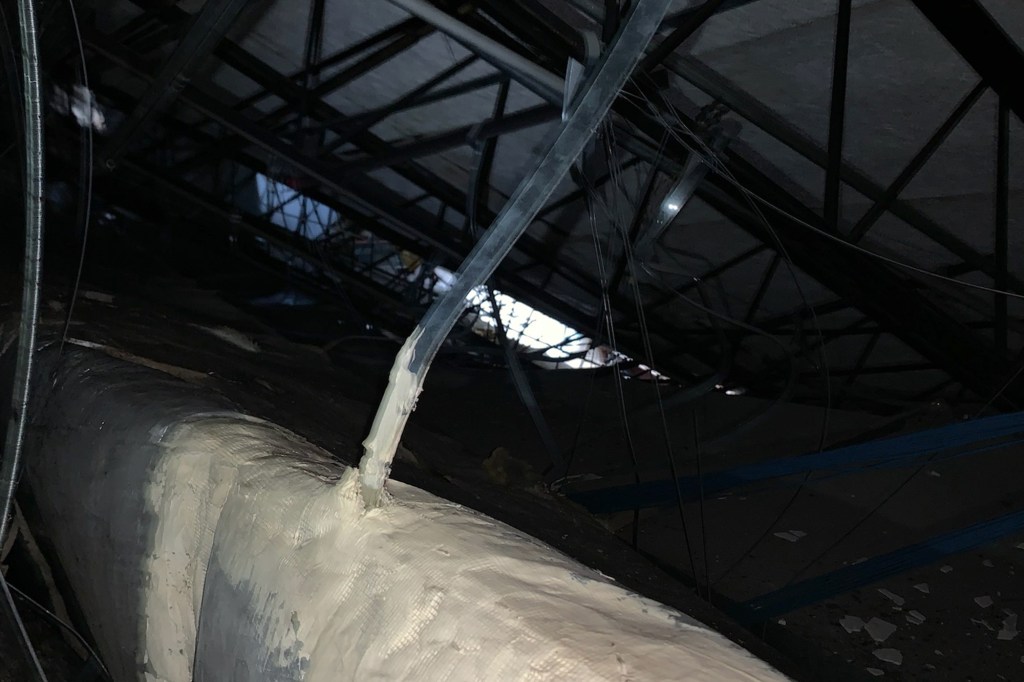