Downing Street accused Jeremy Corbyn of ‘running scared’ over Brexit TV debates today after the Labour leader refused to sign up to the planned BBC programme.

The BBC is planning to screen a Brexit showdown between Theresa May and Mr Corbyn on Sunday – two days before the crucial Commons vote on December 11.

But there are growing doubts as to whether the debate would take place at all amid continued wrangling over the format.

Mr Corbyn said on Saturday he was prepared to accept Downing Street’s preferred option of doing the debate on BBC One – but only if the programme is changed to straight head-to-head discussion between the two leaders.

The BBC want both a head to head and include a section where the leaders take questions from a wider panel. 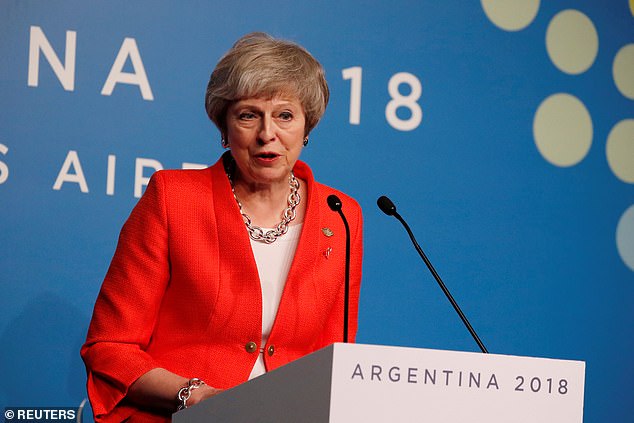 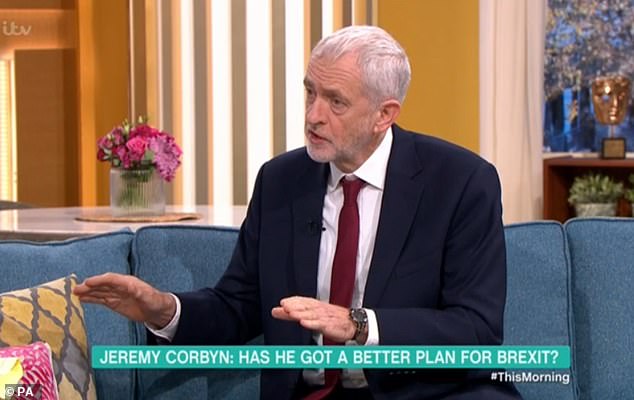 The debate on December 9 could go into the 8pm slot on BBC1, or the 7pm slot on ITV

A Number 10 spokesman said: ‘A week ago, the PM challenged Jeremy Corbyn to a head-to-head debate. He accepted.

‘Since then, in order to accommodate his confected demands, we’ve moved our preferred day, accommodated the addition of social media questions at Labour’s request, and agreed there should be maximum head-to-head time, while still including voices from employers and civil society in the debate.

‘But if Jeremy Corbyn doesn’t agree to what’s now on the table – a debate on prime time with the Prime Minister – the public will rightly conclude he’s running scared.

But Labour hit back, arguing it was the Prime Minister who was trying to avoid the confrontation.

‘As she did during the general election campaign, Theresa May is running away from the scrutiny of a real head-to-head debate with Jeremy Corbyn,’ a spokesman said.

‘Why else would she not accept ITV’s offer of a straightforward head-to-head debate, as Jeremy has done?

‘Instead, her team are playing games and prefer the BBC’s offer, which would provide less debating time and risk a confusing mish-mash for the viewing public.’

In a statement issued over the weekend, the BBC said: ‘Our proposal is to broadcast a programme which includes both a head-to-head debate between the Prime Minister and the leader of the opposition and also an opportunity to hear from a wider range of voices. 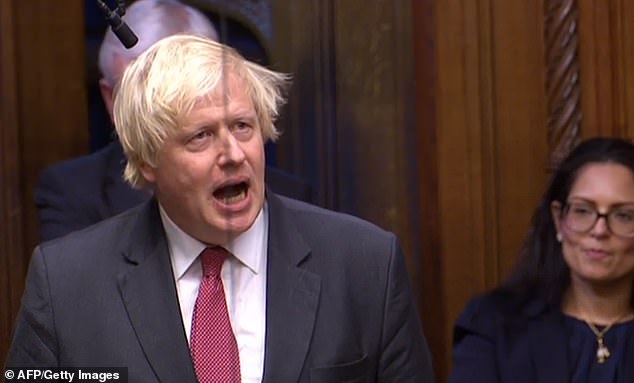 Meanwhile, leading Tory Eurosceptics led by Boris Johnson (pictured last week in the Commons) are warning that the BBC’s planned leaders’ TV debate will ‘breach the concept of impartiality’ unless it involves a prominent Brexiteer

‘After all, a broad range of views on this issue is held by the public and by Parliamentarians – from those who want a different form of Brexit to those who want another public vote – and we believe that should be reflected in the debate.’

Meanwhile, leading Tory Eurosceptics are warning that the BBC’s planned leaders’ TV debate will ‘breach the concept of impartiality’ unless it involves a prominent Brexiteer. However The Daily Telegraph reported Boris Johnson, Dominic Raab and other former Cabinet ministers have written to BBC chairman Sir David Clementi to complain the views of the 17.4 million people who voted for Brexit would be ‘nowhere represented’ in the discussion.

They noted that both Mrs May and Mr Corbyn voted Remain in the referendum, adding: ‘They are both wedded to slightly different models of staying in the customs union.’

They said that a senior Brexiteer should be included in the main line-up and not just on a proposed panel.

‘This is, after all, not a general election and the Government or the opposition cannot be allowed to play fast and loose with representative democracy,’ they said.

If agreement cannot be reached, the leaders could well try to press ahead with separate programmes.

Channel 4 is planning to steal a march by staging its own debate with other high-profile Brexiteers and Remainers.

Mr Johnson last week condemned the idea of a head-to-head showdown between Mr Corbyn and Mrs May, saying they were both Remainers.

However, friends of the former foreign secretary have made clear he is not interested in the ‘second string’ clash – and the Remain camp would be unwilling to field Mr Blair.