WASHINGTON (Reuters) – A North Korean envoy was headed for Washington on Thursday for expected talks with Secretary of State Mike Pompeo and a possible encounter with President Donald Trump to lay the groundwork for a second U.S.-North Korea summit, according to a person familiar with the matter.

News of the impending visit came even as Trump unveiled a revamped U.S. missile defense strategy that singled out North Korea as an ongoing and “extraordinary threat,” seven months after he declared after his first summit with North Korean leader Kim Jong Un that the threat the country posed had been eliminated.

Kim Yong Chol, Pyongyang’s lead negotiator in denuclearization talks with the United States, was due to meet Pompeo on Friday, a person familiar with the plan said, the first major sign of potential movement in a diplomatic effort that has appeared stalled for months.

The North Korean visit could yield an announcement of plans for another summit between Trump and North Korean leader Kim Jong Un, who held a first meeting in June in Singapore, the source said, speaking on condition of anonymity.

There has been no indication, however, of any narrowing of differences over U.S. demands that North Korea abandon a nuclear weapons program that threatens the United States or over Pyongyang’s demand for a lifting of punishing sanctions.

Kim Yong Chol, a hardline former spy chief, boarded a flight in Beijing for Washington on Thursday and was expected to arrive in the U.S. capital in the early evening, South Korea’s Yonhap news agency said earlier.

Pompeo had planned to meet his North Korean counterpart to discuss a second summit last November, but the meeting was postponed at the last moment.

Diplomatic contact was resumed after Kim Jong Un delivered a New Year speech in which he said he was willing to meet Trump “at any time,” South Korea’s ambassador to the United States, Cho Yoon-je, told reporters last week.

Kim Yong Chol was last in Washington in June, when he delivered a letter from Kim Jong Un to Trump that opened the way for the June 12 Singapore summit.

That meeting yielded a pledge from the latter to work toward denuclearization of the Korean peninsula and Trump declared the next day that there was “no longer a nuclear threat from North Korea.” 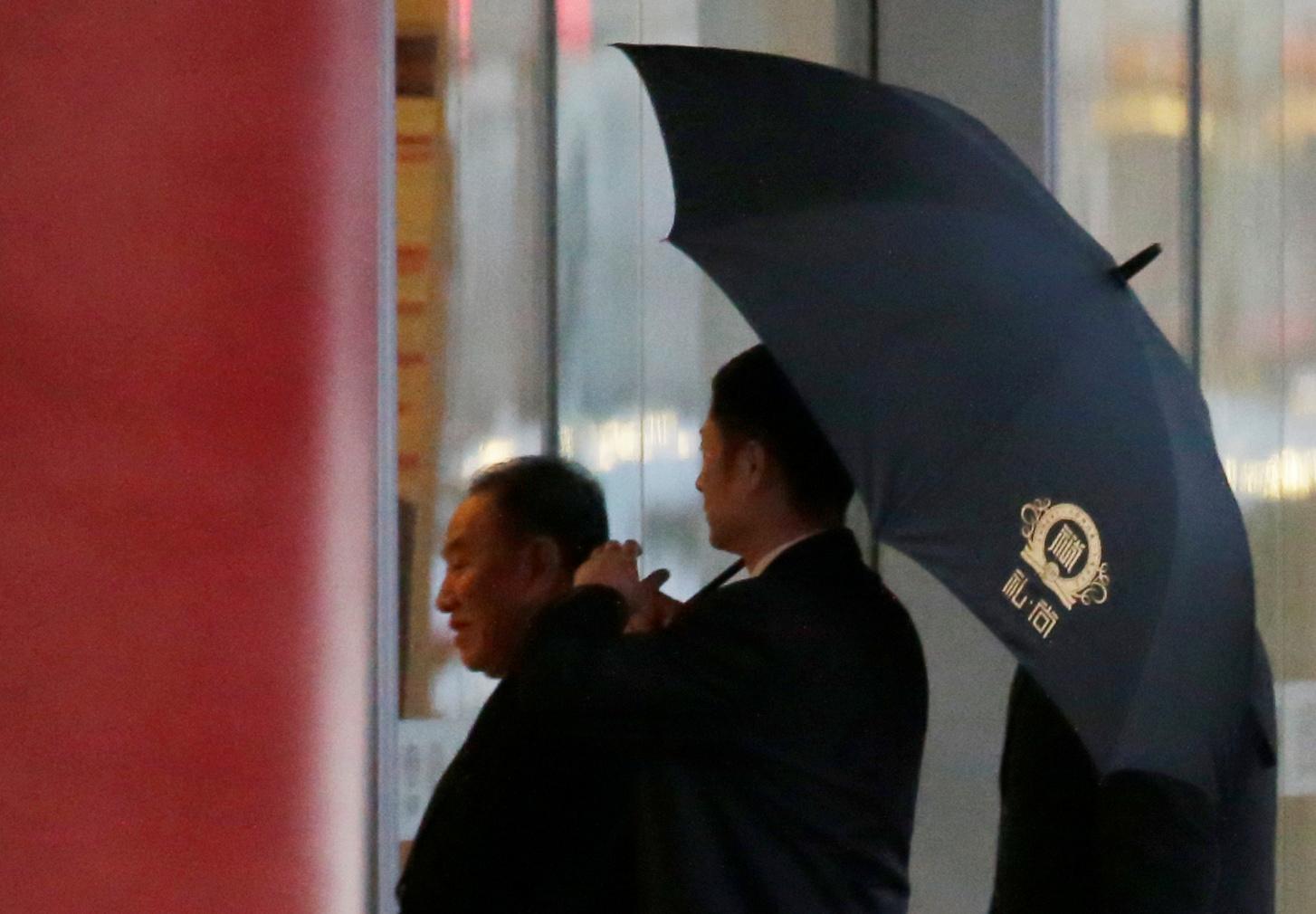 However, there has been little obvious progress since, and to underline this was Trump’s own Missile Defense Review unveiled on Thursday that singled out North Korea as an ongoing and “extraordinary threat.”

Acting U.S. Defense Secretary Patrick Shanahan noted that North Korean missiles remained a “significant concern” in introducing the report, while at the same event, Trump himself only mentioned North Korea in passing, saying negotiations he had conducted should have been done years ago.

Despite a lack of progress, Trump has been keen to hold a second summit with Kim Jong Un and could meet again with his envoy this week. While such an encounter was being discussed, it has not yet been confirmed, the person familiar with the matter said.

“We have no meetings to announce at this time,” a State Department spokeswoman said when asked about the expected North Korean visit.

On Wednesday, U.S. Vice President Mike Pence acknowledged that efforts to persuade North Korea to give up its nuclear arsenal had not made headway.

“While the president is promising dialogue with Chairman Kim, we still await concrete steps by North Korea to dismantle the nuclear weapons that threaten our people and our allies in the region,” Pence said in an address to U.S. ambassadors and other senior American diplomats at the State Department.

Trump said on Jan. 2 that he had received a “great” letter from North Korean leader Kim Jong Un and would probably meet him again in the not-too-distant future, but there was no rush.

He defended stuttering U.S. negotiations with Kim, saying that Pyongyang had stopped missile and bomb testing and if it had not been for his administration “you’d be having a nice big fat war in Asia.”

CNN quoted a source familiar with the U.S.-North Korea talks as saying that Kim Yong Chol would be carrying a new letter from Kim Jong Un to Trump. 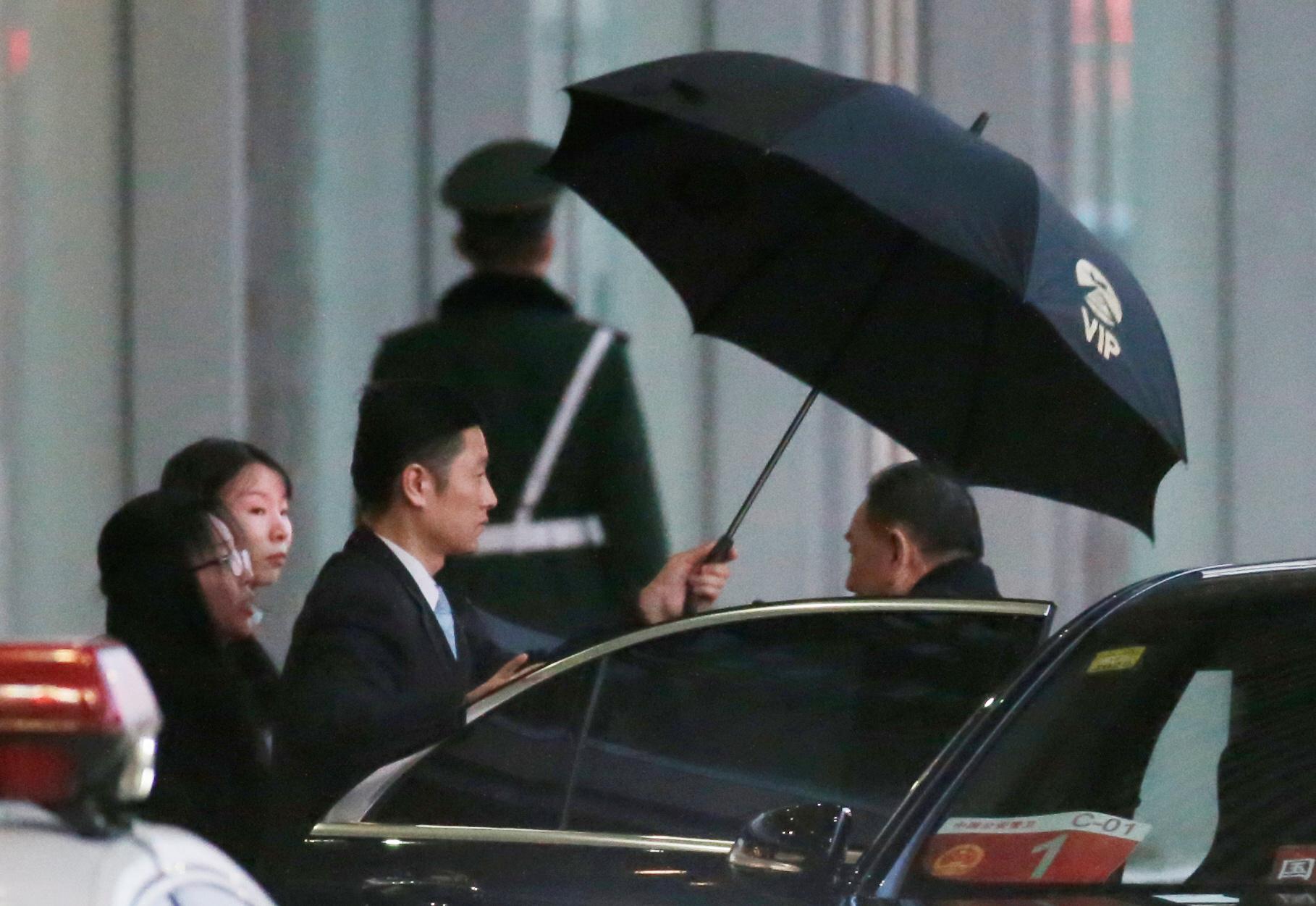 Communist-ruled Vietnam, which has good relations with both the United States and North Korea, has been widely touted as the most likely venue for a second meeting.

Hanoi is preparing to receive the North Korean leader for a state visit, two sources told Reuters, while officials and diplomats said Vietnam is keen to host a Trump-Kim summit.

The Washington Post quoted people familiar with recent diplomatic activity as saying that if announced soon, a second summit would probably take place in March or April, with Danang, Vietnam, the most likely venue.