NORTH Korea has threatened to "exterminate" defectors in a vicious threat as it blew up a highly symbolic diplomatic office.

Pyongyang's state media branded those who had fled the regime as "human scum" and raged it is "too late" for the South to avoid fresh conflict. 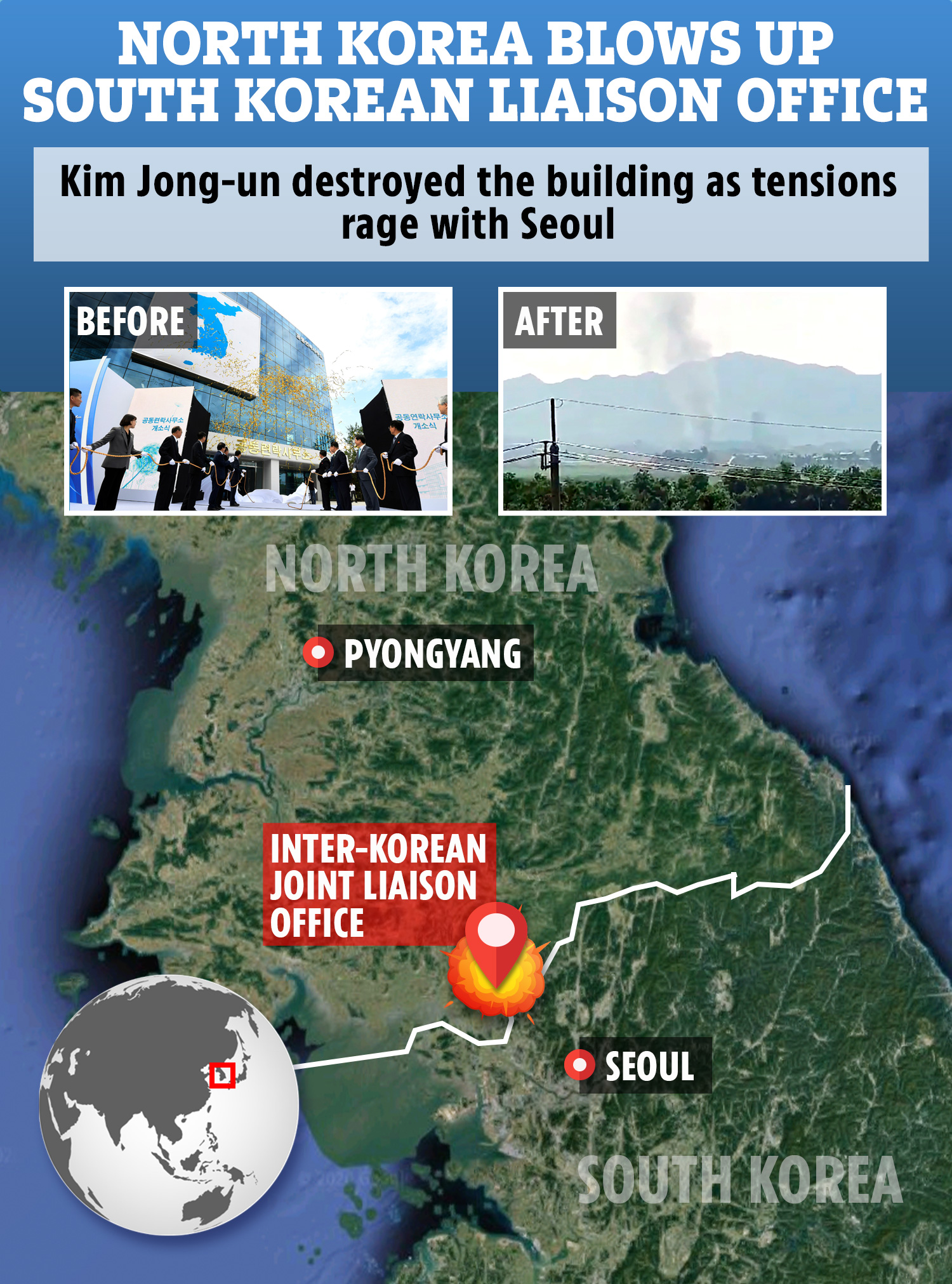 The furious tirade was released just hours before North Korea demolished the liaison office in Kaesong which was set up by the two sides in 2018.

Tensions have been renewed between the Koreas following a row over defectors and activists sending anti-Pyongyang leaflets across the border into the North.

In a commentary published by state-run newspaper Rodong Sinmum, Kim's regime warned: "The world will clearly see how our people, who unconditionally trust and follow their leader… exterminate the human scum from this planet."

It pledged enemies of North Korea will be covered in "boiling molten metal" and said efforts by South Korean authorities to crackdown on the activists were "too late".

Chillingly, North Korea also warned its people value their "supreme dignity" more than that their "own lives" in thinly veiled threat of conflict.

Kim Jong-un's forces have also openly threatened to push troops into the demilitarized zone (DMZ) that separates the two Koreas.

Pyongyang announced today that the liaison office had been "tragically ruined" in a "terrific explosion".

Smoke from the blast visible all the way from South Korea, with the explosion first being spotted by border guards.

In fiery statements, North Korea warned defectors would "pay dearly for their crimes".

Meanwhile, the South Korean military vowed a "strong" response to any provocative actions as soldiers and weapons were seen along the border.

South Korea's top military leaders have also moved to a combat control office amid the crisis – which came as its howitzers carried out a drill near the DMZ.

In a statement, the defence ministry said: "Regarding the current security situations, our military has been closely monitoring the North Korean military's movements round-the-clock, and doing its best to manage the situation to prevent the situation from escalating into a military crisis." 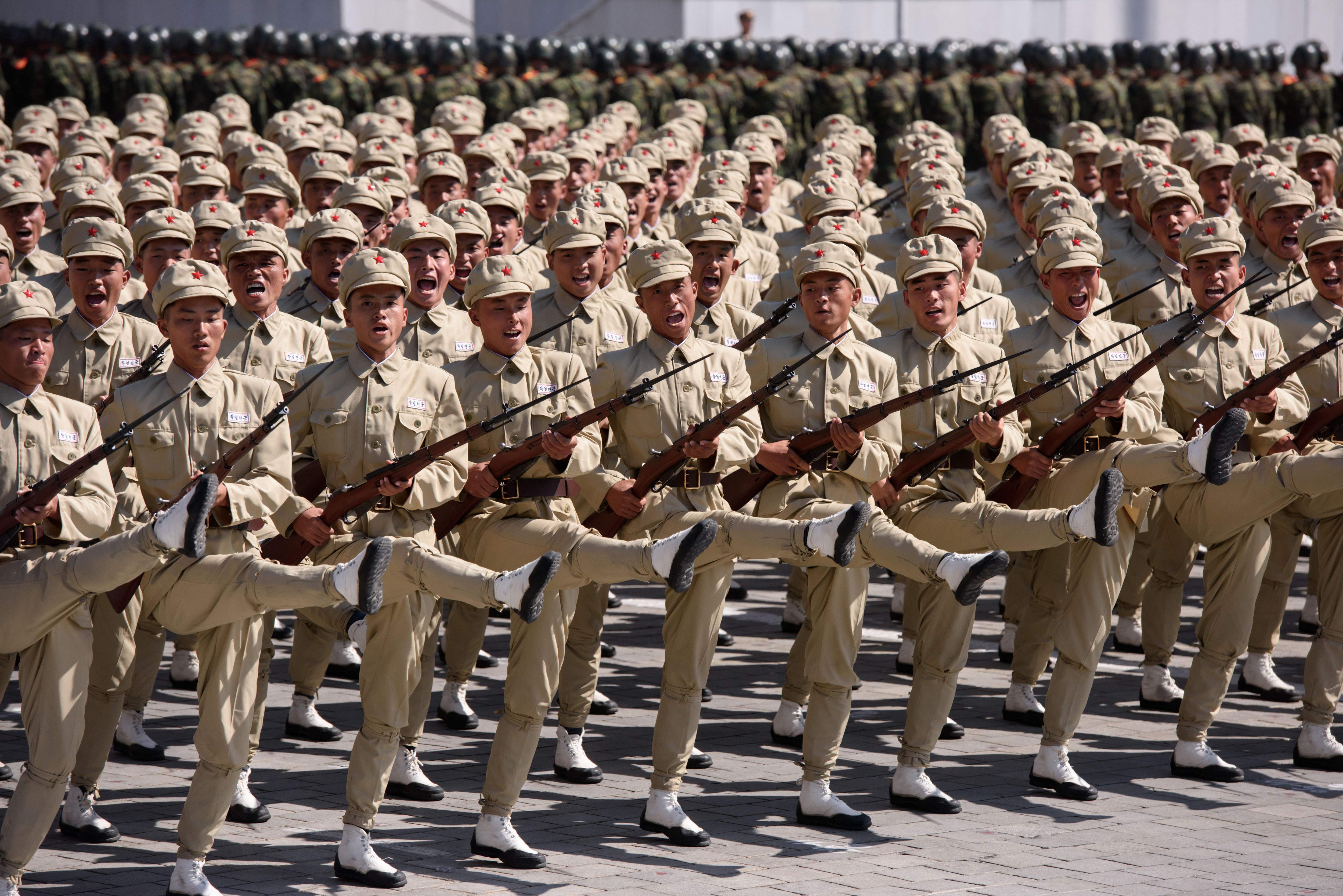 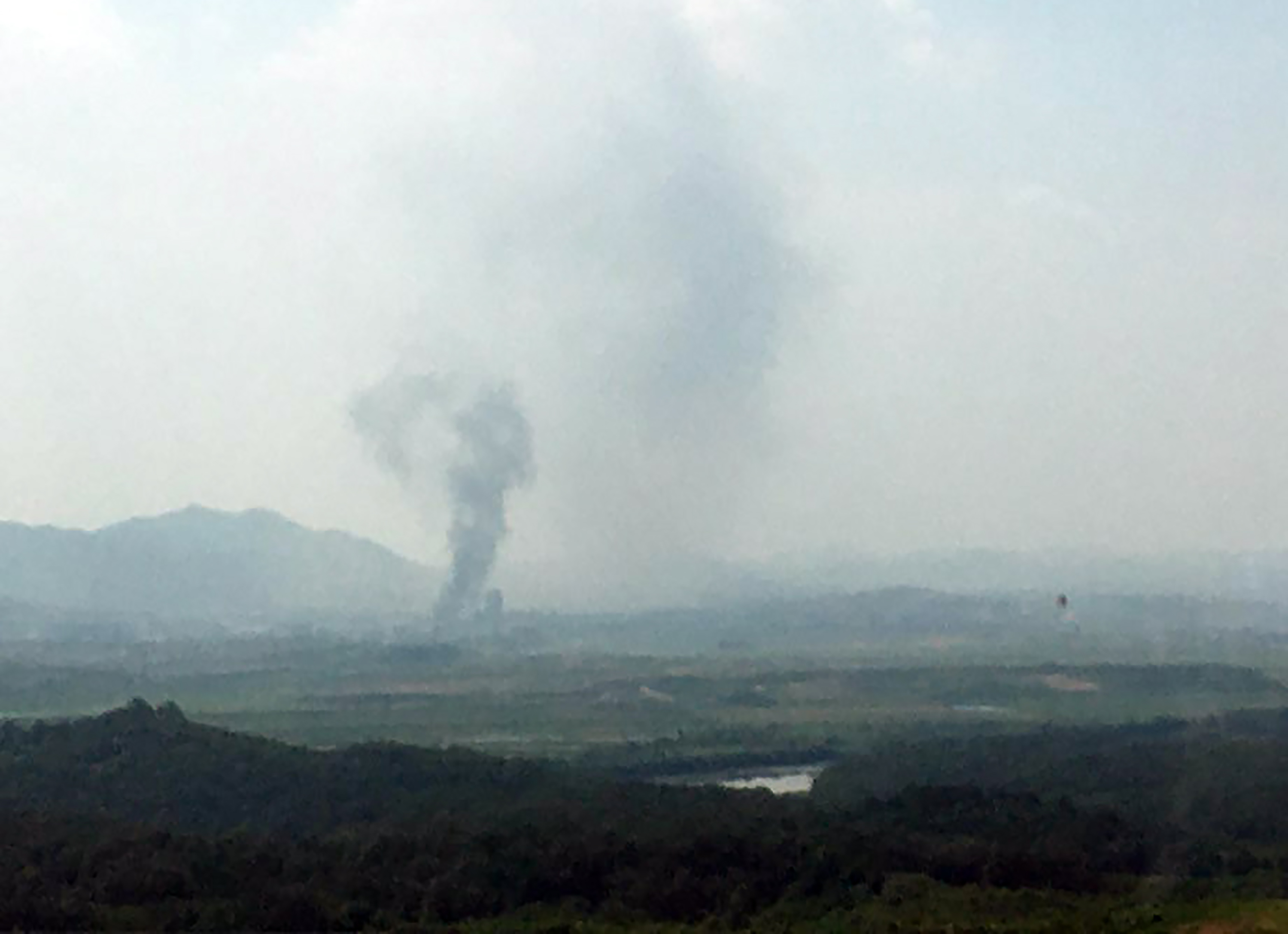 Unification minister Suh Ho, who was Seoul’s top official at the liaison office, called the demolition an “unprecedentedly senseless act".

He said the move shocked "not only our people, but the whole world" as hopes of peace now lie in tatters.

North and South Korea – who have remained technically at war since 1950 – had been steaming ahead with peace talks since 2018, but recently progress had stalled.

The liaison office was seen as a milestone when it was opened in September that year, allowing the two sides to regularly communicate.

Te $8.6million (£6.8million) buildinghowever now lies in ruins as hopes of peace seem to have come crashing down.

Kim's sister Kim Yo-Jong appears to be the driving force behind the incident as she has recently regularly blasted the South.

She has enjoyed a meteoric rise to power over the past two years and is now considered by many to be Kim's de-facto number two and successor. 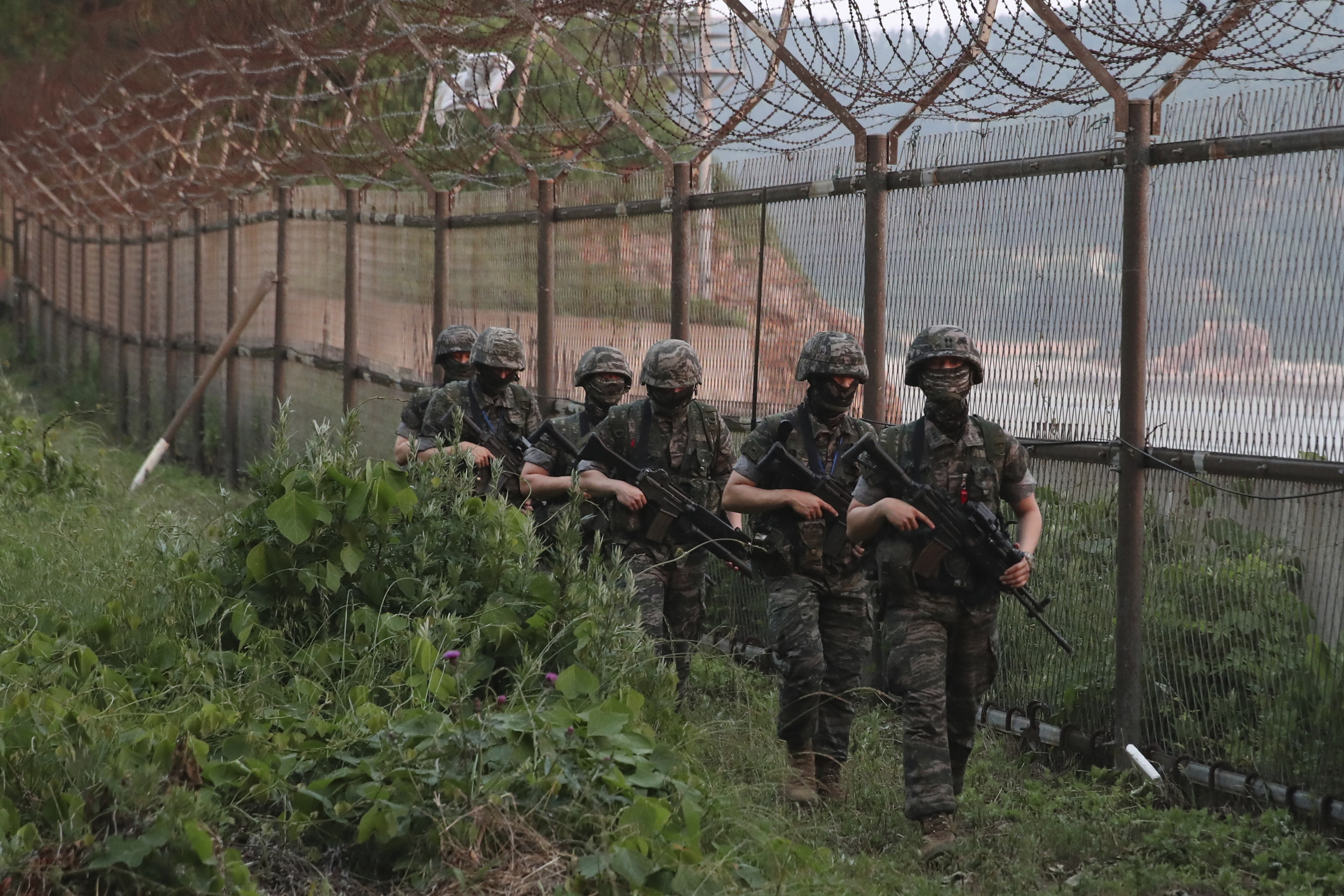 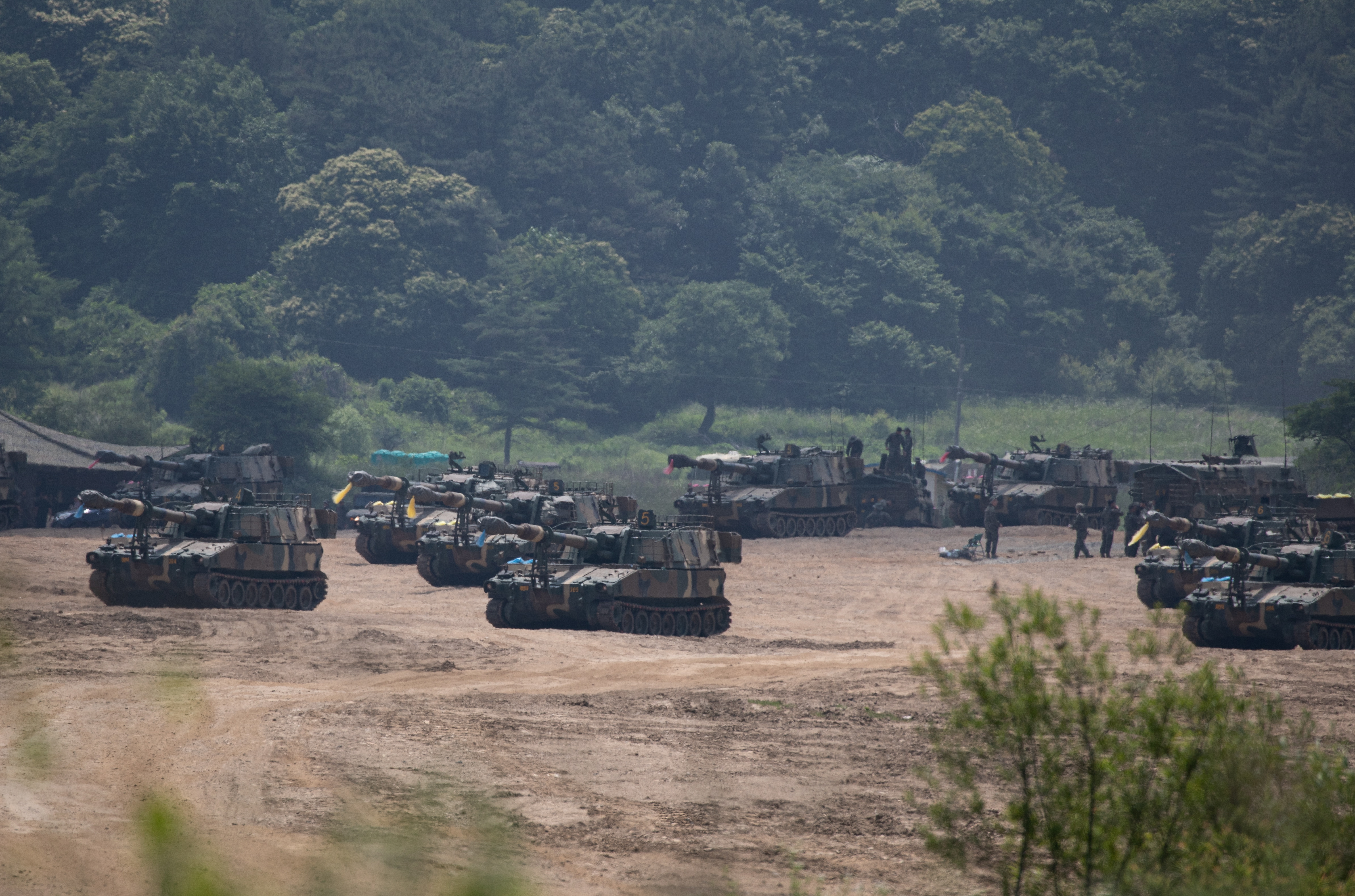 Renewed hostilities come amid a row over activist groups sending anti-North Korean propaganda over the border from the South.

South Korean authorities had attempted to crack down on the practice, but campaigners vowed to continue.

North Korea had warned that "plans for retaliation" were underway – and identified the liaison office as its first target before blowing it up at 2.50pm local time.

Surveillance video released by the South Korean military shows a huge explosion ripping through the complex. 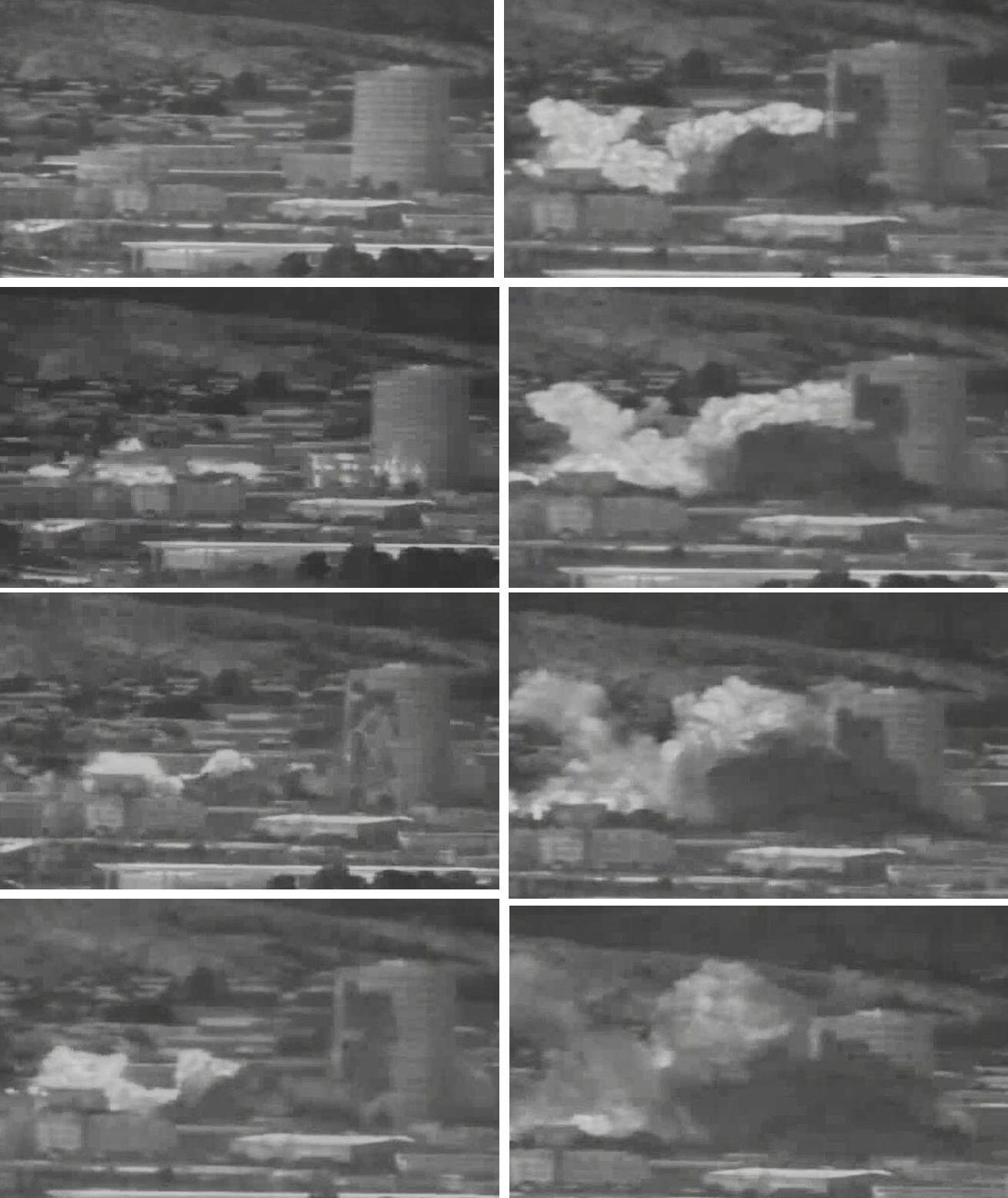 The two countries reached a tentative peace deal during talks in 2018 – agreeing to finally try and bring an official end to the Korean War after 60 years of deadlock.

The two Koreas were officially divided in 1948, before the Soviet Union-backed North invaded the US-backed South just two years later.

A bloody conflict was waged – almost acting as a proxy for the Cold War – before being ended with an armistice in 1953.

The North is now thought to be applying pressure in the hope of securing relief from crippling international economic sanctions.

The General Staff of the Korean People's Army, the armed forces of North Korea, laid out the threats to move into the DMZ in state media.

The DMZ is a strip around 2.5 miles wide that runs across the entire width of the Korean Peninsula, separating the North and South.

The move follows a decision by the North last week to stop contact with the South and sever hotlines between the countries' political and military leaders.

Since the demolition of the liasion office, North Korea has said it has now cut all communication with Seoul. 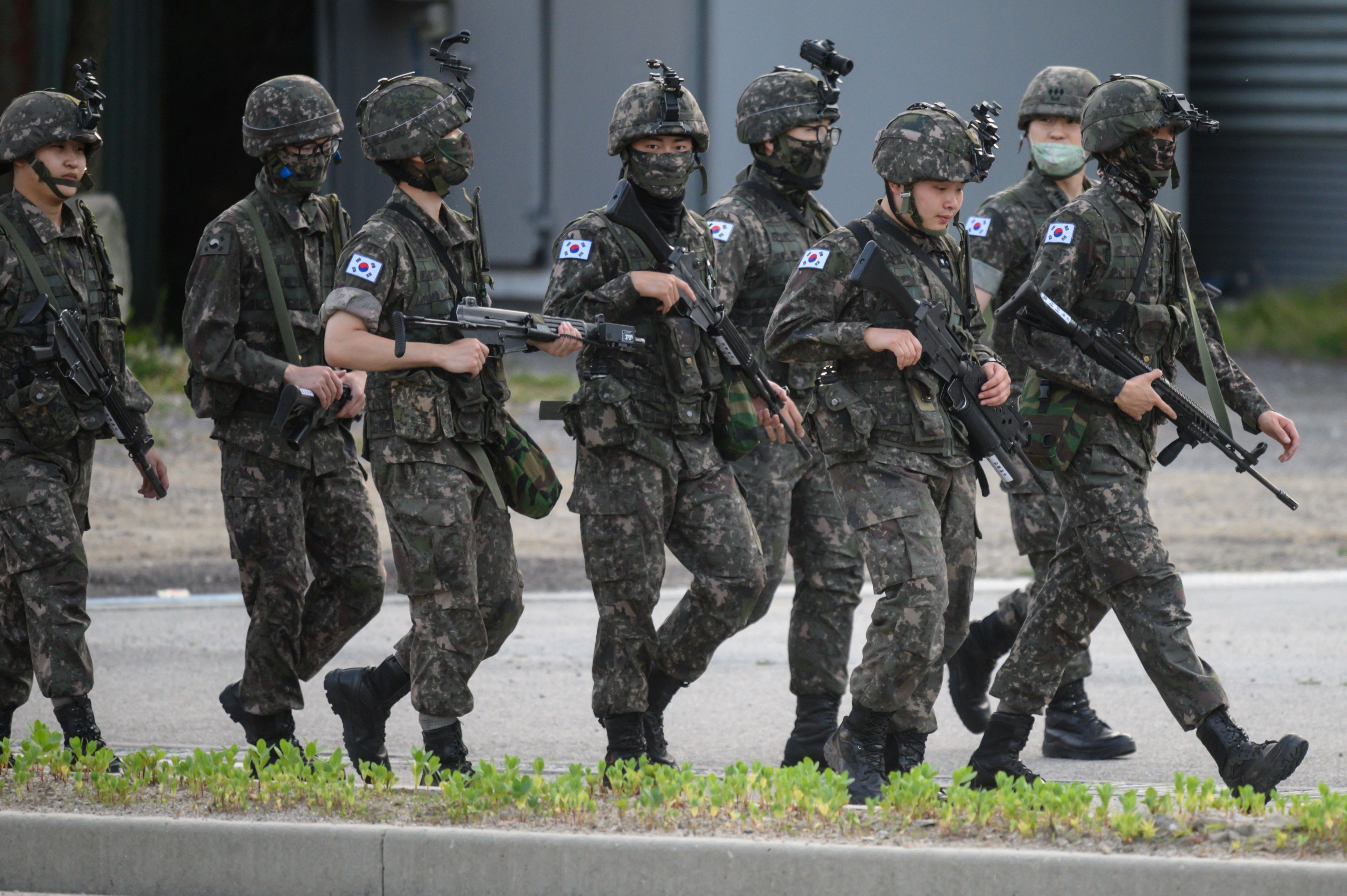