London: Jamie Oliver has said the collapse of his restaurant empire was "very, very painful", complaining it is not a level playing field for business owners who treat staff fairly and source food ethically. 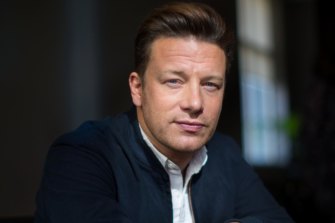 Jamie Oliver says he has no regrets about the collapse of his restaurant business.Credit:SImon Schluter

"Obviously it's been tough but, you know, no regrets really. I did everything I could.

"I created something really magic, did amazing things, employed loads of people, bought only through food systems that were really positive.

"We made it, we whooped everyone's ass, and then, you know," he said.

"I just couldn't make it last sustainably, and there's a million reasons, that I've said a million times, as to what our challenge was, but I lost this time.

"What happened to me was not unique – it's been happening to small, medium and some large businesses all over the country."

Oliver added that caring about ethical sources of food and fair treatment of staff was not a lucrative business model.

"In business… it's not a level playing field."

A handful of restaurants bearing the celebrity chef's name survive in Australia.

Oliver's Australian restaurant group collapsed last year despite his attempt to relaunch six restaurants under his name. He had purchsed them from another failed company in March 2017.

The Canberra outlet closed immediately but the remaining five sites, in the Sydney CBD, Parramatta, Brisbane, Perth, and Adelaide, were salvaged by a last-minute sale to Brisbane-based Hallmark Group. The Parramatta outlet subsequently closed.