The family of a student whose body went unnoticed in a New Zealand university hall of residence for nearly eight weeks say they're "waiting for answers" from authorities.

The body of the 19-year-old, understood to be Mason Pendrous, was found on Monday night – only after fellow students at the Sonoda Christchurch Campus accommodation at the University of Canterbury noticed an odour. 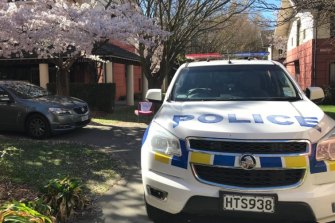 Police at the University of Canterbury’s Sonoda Christchurch Campus student accommodation after a body was discovered on Monday night. Credit:Sam Sherwood

It remains unclear how the student died, but the length of time it took for his body to be found meant police had to call in a disaster victim identification team (DVI) team. The DVI process involves examining human remains for fingerprints, DNA and dental records to confirm an identity.

A relative told The Press on Wednesday that the family were waiting for answers from the university.

"It's not right, it's just not right on any level," she said.

The relative said Pendrous' stepfather was dealing with the university and police. She declined to comment further.

"It's just too raw at the moment," she said.

Pendrous attended Wellington's Scots College and was a member of the school's rowing team.

A close friend said he was a "good and confident guy", who would sometimes "go off the grid for a week or so".

The friend said the student's stepfather contacted other friends on Sunday with concerns about his son, and told them he would contact police. Police would not confirm this.

He said Pendrous' friends were "confused" about why he was not found for so long.

"It just doesn't make reasonable sense to us," he said. 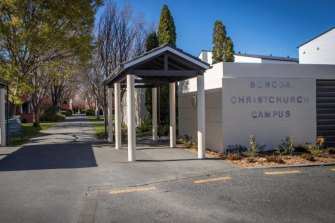 Education Minister Chris Hipkins said he was deeply troubled by the case and expected the university to conduct a thorough investigation into the circumstances.

"No-one should be left for that length of time in a hall of residence or hostel."

Halls of residence had a "duty of care" to students and the Government would look closely at whether the regulatory framework was fit for purpose, he said.

"If you're going into a hall of residence or hostel you're paying a top dollar for not just a roof over your head but also for the pastoral care that goes with that. I think that clearly that has not been present in this case."

The university released a statement saying it was "inconceivable to imagine how these circumstances could have occurred".

"The university will commission an independent comprehensive investigation to identify how this situation could have occurred and what actions need to be taken," the statement said.

PWC had also recently completed an internal health and safety audit of the university's accommodation processes.

Support had been offered to students within the Sonoda residence and across the broader university community.

The death prompted another student to come forward with concerns about the level of care provided at the university's halls. They are managed by Campus Living Villages (CLV), which has headquarters staff based in Australia.

The student, who spoke on condition of anonymity but whose identify has been verified, said first-year students went into halls expecting they would be part of a community that looked out for them.

Instead, students in her Campus Living-run hall only saw their residential assistant about once a week while passing in the hallways or in the dining room.

"If a student was in crisis the hall of residence would have no idea … we could disappear for weeks and it would go unnoticed by staff here."

It was "shocking" to learn the student's death went unnoticed for so long, "but when thinking about what procedures CLV has put in place to make sure their residents are all right, I can see how it was able to happen".

She felt CLV needed to be investigated.

The young man was found dead about 11pm on Monday. It is understood his room was at the end of the hallway, an area the cleaners were not expected to be in.

It says it offers a "smaller close-knit community" and "pastoral care", with two residential support staff, and breakfast, lunch and dinner served on site every day.

Detective Senior Sergeant Craig Johnson police continued to investigate what happened to assist the coroner, who "will ultimately rule on cause of death".