The Lancet medical journal has bowed to pressure over its heavily-criticised coverage of the disputed origins of the Covid pandemic by publishing an ‘alternative view’ from 16 scientists – calling for an ‘objective, open and transparent debate’ about whether the virus leaked from a Chinese laboratory.

It was revealed earlier this year that Peter Daszak – a British scientist with long-standing links to the Wuhan Institute of Virology – had secretly orchestrated a landmark statement in The Lancet in February 2020 which attacked ‘conspiracy theories suggesting that Covid-19 does not have a natural origin’.

The now-infamous letter, signed by 27 leading public health experts, said they stood together to ‘strongly condemn’ the theories which they said ‘do nothing but create fear, rumours, and prejudice’. 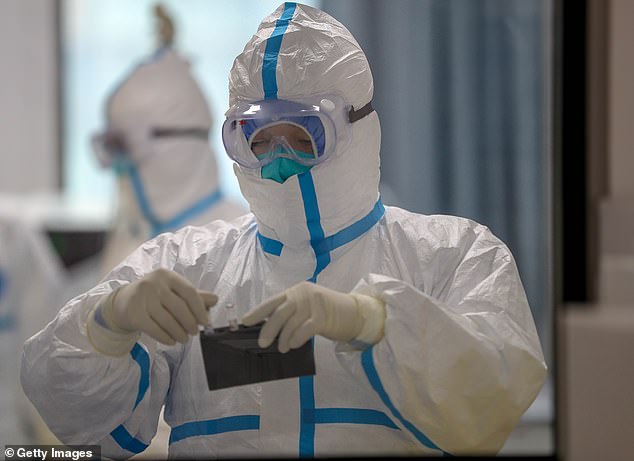 In the article, the authors argue that ‘there is no direct support for the natural origin of SARS-CoV-2, and a laboratory-related accident is plausible’.  The inspection personnels are researching the viral nucleic acid at the pathogen detection laboratory

They also lavished praise on Chinese scientists who they said had ‘worked diligently and effectively to rapidly identify the pathogen behind this outbreak… and share their results transparently with the global health community’.

Now, The Lancet has agreed to publish an alternative commentary which discusses the possibility that laboratory research might have played a role in the emergence of the SARS-CoV-2 virus.

It also directly confronts the efforts of science journals to stifle debate by labelling such theories as ‘misinformation’.

In the article, the authors argue that ‘there is no direct support for the natural origin of SARS-CoV-2, and a laboratory-related accident is plausible’.

They add that the February 2020 statement ‘imparted a silencing effect on the wider scientific debate’.

And they say scientists, ‘need to evaluate all hypotheses on a rational basis, and to weigh their likelihood based on facts and evidence, devoid of speculation concerning possible political impacts’.

Science itself, they go on, should ‘embrace alternative hypotheses, contradictory arguments, verification, refutability, and controversy’ and rather than congratulating China on its supposed ‘transparency’, they call on the secretive superpower to open up.

China fiercely resisted a full and unrestricted probe into the origins of the outbreak by the World Health Organisation, resulting in what is widely considered to be a neutered investigation.

The subsequent report, published in March, concluded the SARS-CoV-2 virus probably passed to humans from a bat via another unidentified species.

It all but dismissed the theories that the virus was engineered in a laboratory, or was a natural virus that escaped from a lab.

But the report was criticised by 14 nations including the UK, US and Australia, while even the head of the WHO, Tedros Adhanom Ghebreyesus, admitted it was ‘not extensive enough’.

The Mail on Sunday has repeatedly drawn attention to The Lancet’s role in obscuring the origins of the virus and its early spread. 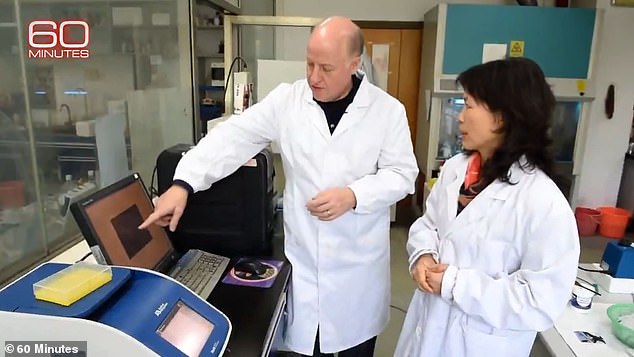 The new commentary, published in The Lancet on Friday, said: ‘The world will remain mired in dispute without the full engagement of China, including open access to primary data, documents, and relevant stored material to enable a thorough, transparent and objective search for all relevant evidence.’

One of the signatories, Professor Nikolai Petrovsky of Flinders University in Adelaide, Australia, told The Mail on Sunday: ‘It might seem small, but after 18 months of complete denial, the very act of [The] Lancet agreeing to publish this letter acknowledging the origins of Covid-19 remains an open verdict, is a very big deal.

‘For a leading medical journal like Lancet to agree to finally open its doors to a letter from scientists highlighting the ongoing uncertain origins of Covid-19, indicates how far we have come in 18 months in requesting an open scientific debate on the topic, but also indicates just how far we still have to go’.