Number of crooks let off with ‘slap on wrist’ rises 9% in year: Police allowed 164,000 offences to go unpunished as courts were consumed by Covid chaos

The number of offenders handed a ‘slap on the wrist’ by police jumped 9 per cent last year as Covid paralysed the justice system.

At the same time, the number of people taken to court in England and Wales plummeted by a third.

The Ministry of Justice (MoJ) confirmed 164,400 so-called ‘out of court’ disposals were given out by police forces in the year to March, from just under 151,000 in the previous 12 months. 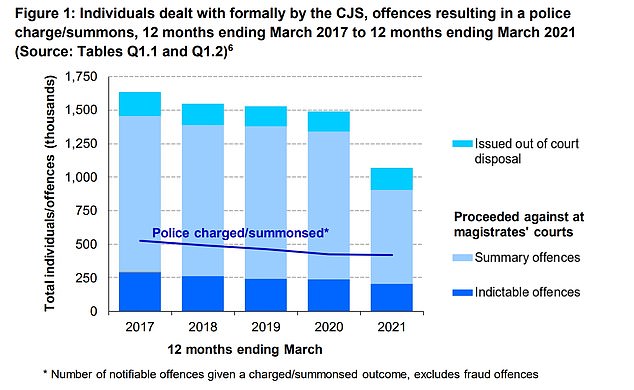 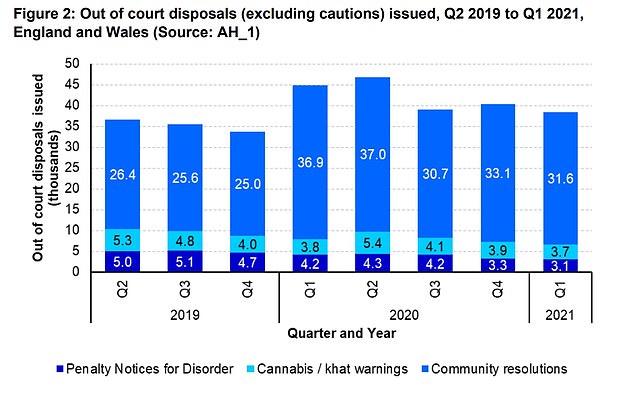 The surge was driven by a 16 per cent rise in ‘community resolutions’ such as offenders being told to apologise to victims.

It included 34,000 community resolutions for violent crimes and more than 10,000 for public order offences.

In all, number of people dealt with by criminal justice system fell by 28 per cent to 1.07million. 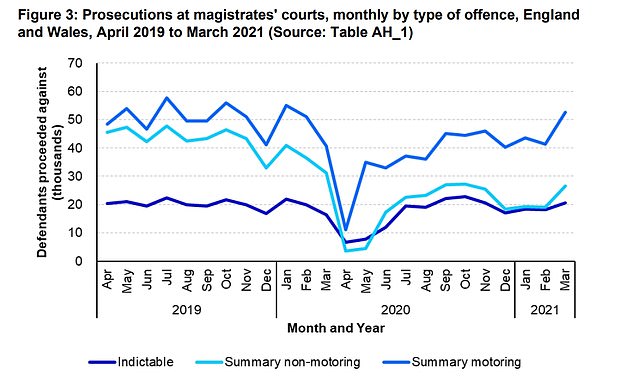 And the number convicted was just under 768,000, down from 1.16million the previous year.

The period covers the first Covid lockdown when many courts shut down completely, apart from emergency hearings.

The average jail term for all those handed a custodial sentence fell slightly – by just under a month – to 18.6 months.

Separate data from the MoJ showed a fall in the number of knife crimes dealt with by the criminal justice system. 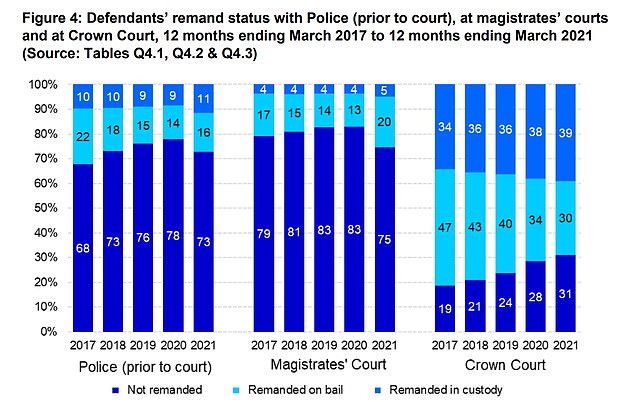 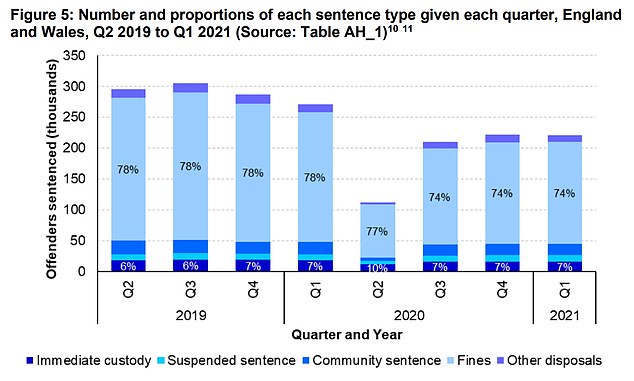 In the year to March, 18,553 knife crimes resulted in a caution or a conviction, down 14 per cent year-on-year.

The pandemic turned around a trend that had seen rising knife crime since 2014, as people were off the streets for a large part of last year.

A Ministry of Justice spokesman said: ‘Community resolutions should only be used by police for low-level or first-time offending, and are made with the explicit agreement of victims.

‘These figures show that – despite the challenges of the pandemic – serious offenders continue to be pursued rigorously through the courts where they are more likely to be sent to prison.’