A coalition of 100 Staten Island and Brooklyn restaurants are planning a class action lawsuit to force the city and state to reopen indoor dining in New York.

“It feels like the government is moving the goal posts,” said Thomas Casatelli, who owns four restaurants in the two boroughs including the self-described “taco joint” Ho’Brah in Bay Ridge and West Brighton.

“We were supposed to be open July 6, now we’re hearing from the mayor we can’t open until there’s a vaccine. Who knows when that will be,” Casatelli said Thursday at a Staten Island press conference with other restaurateurs, their lawyers and local elected officials.

Indoor dining was part of Phase Three of Gov. Andrew Cuomo’s coronavirus reopening plan. New York City entered that phase in early July, but the governor and the mayor have only allowed outdoor dining within the five boroughs.

De Blasio said during a City Hall press conference Thursday there’s no timetable to fully reopen local restaurants because “we have to see a lot more improvement in fighting this virus.” Earlier this week, de Blasio said indoor dining might not return until there’s a coronavirus vaccine.

“We are putting together a class action lawsuit on behalf of the Staten Island and Bay Ridge restaurant owners against the mayor, against the governor on the basis of they’ve completely exceeded their authority and stepped on the Constitution of the United States,” Lou Gelormino, attorney for the eateries, said at the press conference. 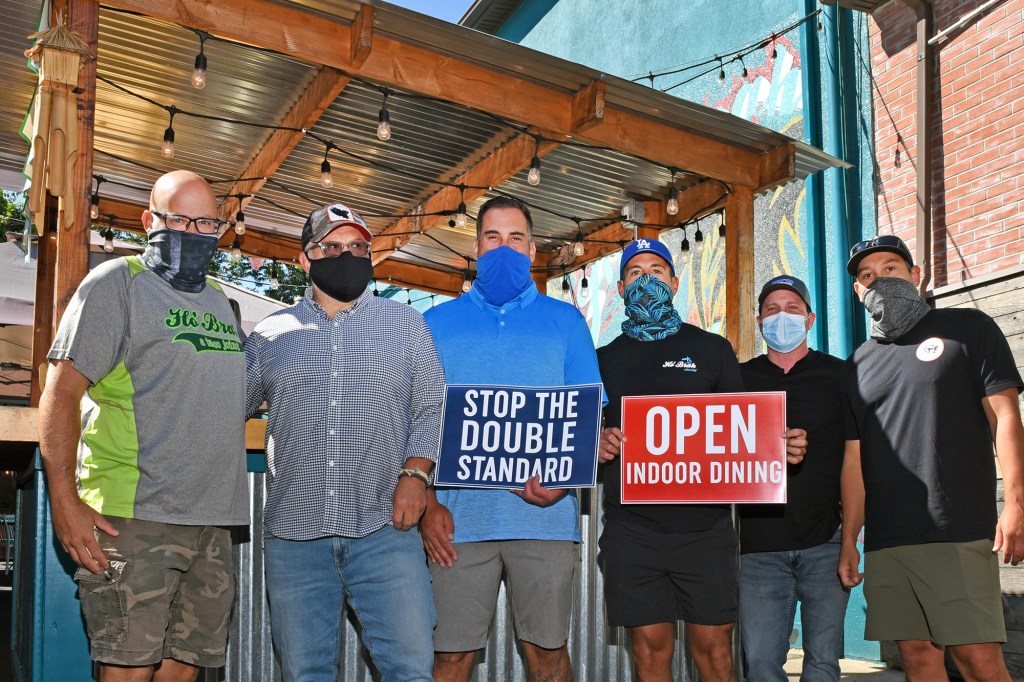 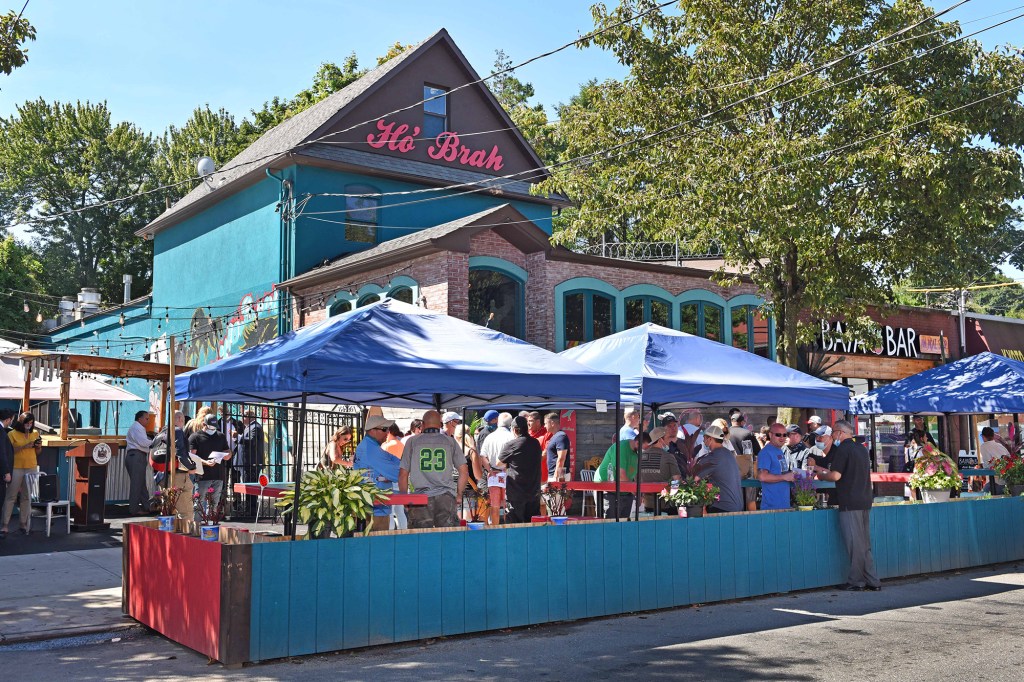 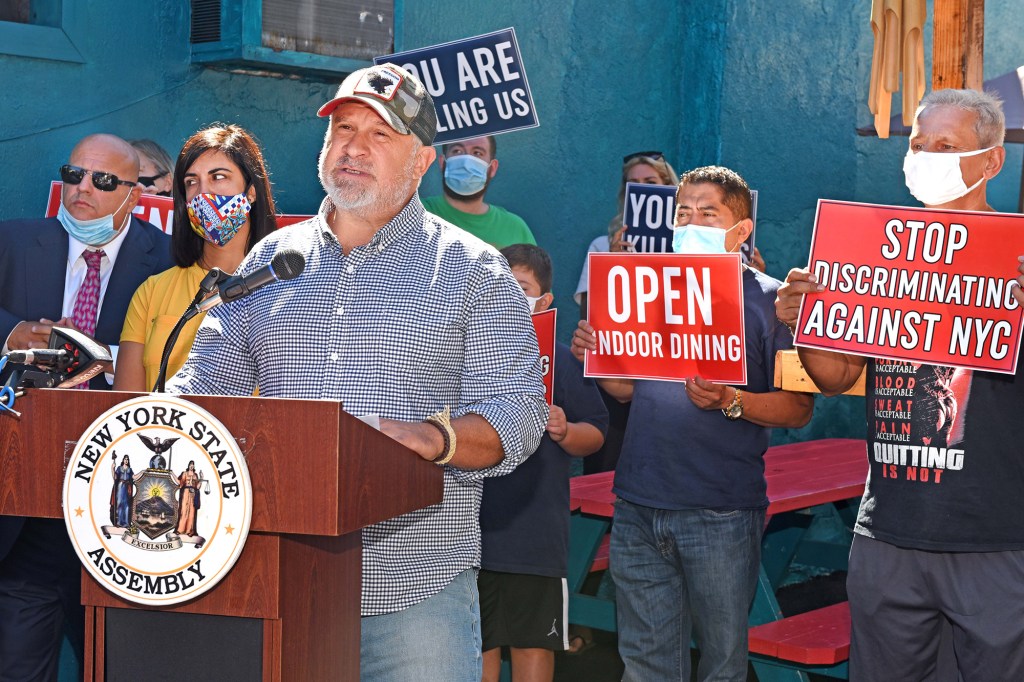 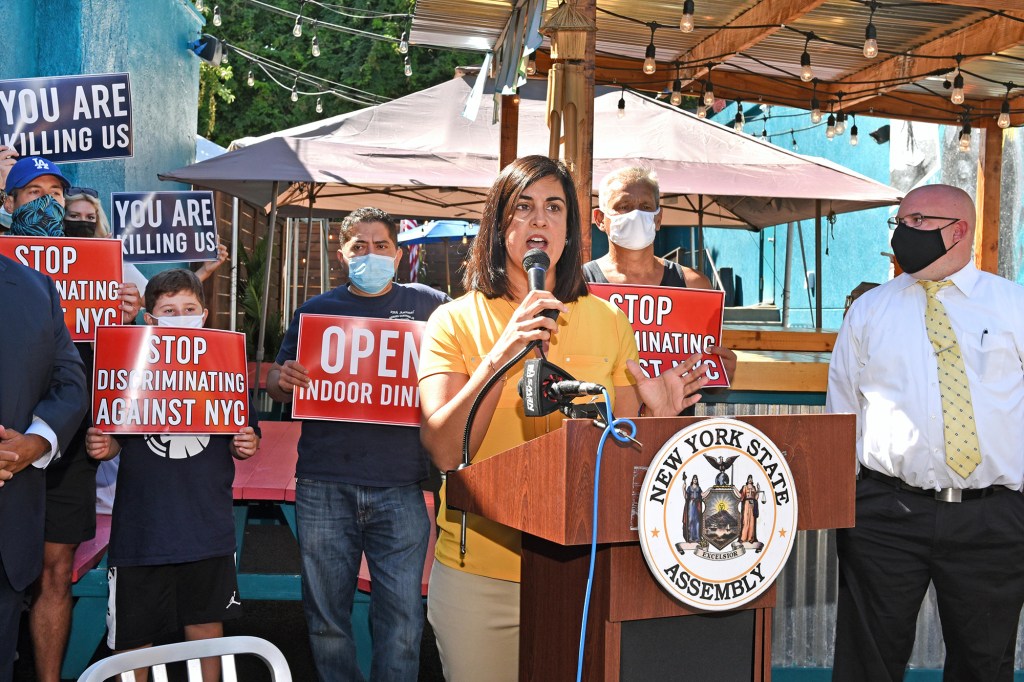