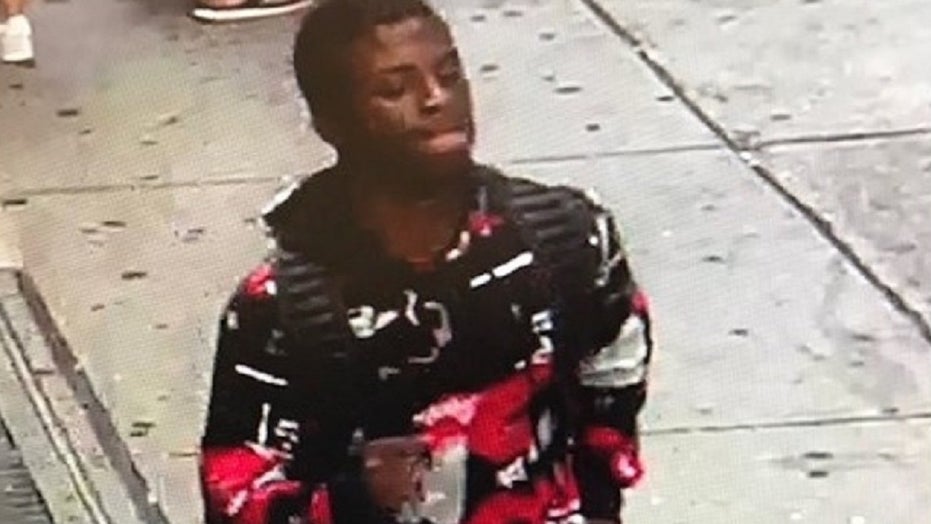 New York City police are hunting for the gunman who opened fire in Times Square, resulting in the shooting of an innocent bystander, as officials on Monday announced their plan to “flood” the Crossroads of the World with more officers.

The New York Police Department (NYPD) released new video of the gunman believed suspected of shooting the recent military college graduate and second lieutenant in the back as he was walking through bustling Times Square on Sunday evening. He was the second bystander to be shot in only weeks, according to the NYPD.

NYPD officials have said the gunfire was preceded by a dispute between the shooter and several other people. Authorities believe the man was struck by a ricocheting bullet.

Police have said they received a report of a man shot in the area of West 45th Street and Seventh Avenue at about 5:15 p.m. local time and arrived to find a 21-year-old man had been shot in the back by a stranger who then fled from the area.

Surveillance footage from the scene shows the gunman wearing a distinctly patterned jacket as he pulls out his gun and appear to point it toward someone before running away.

The victim was taken to a local hospital in stable condition. He was later identified by The Citadel, a South Carolina military college, as one of its Class of 2021 graduates, 2nd Lt. Samuel Poulin, who was with his wife and family at the time.

Speaking to reporters on Monday morning, Mayor Bill de Blasio called the shooting in Times Square “absolutely unacceptable” and something the city “will not tolerate.”

“Now we’ve seen patterns in Times Square that we are going to address very, very aggressively. That is the entire notion of precision policing,” de Blasio said. “It’s just an unacceptable state of affairs. This is a place that is so precious and so important to our city – it has to be safe.”

The mayor and the NYPD’s Chief of Department, Rodney Harrison, announced the Times Square Safety Action Plan, which will add more than 50 additional police officers to the area and bolster its enforcement in the areas of illegal street pedaling connected to gun violence. The new efforts will include the use of undercover police officers in the area, Harrison said.

“After this shooting and the shooting that we had a couple of weeks ago, it’s important that we put a lot more of a police presence over there, trying to engage some of the issues we’re seeing with these soliciting or aggressive panhandling of CDs,” Harrison said.

Harrison told reporters the department was still investigating the motive behind Sunday’s gunfire, but said investigators will “get down to the bottom of it.”

In early May, a 4-year-old girl who was buying toys, and two women, one of whom was a tourist, were in the area of West 44th Street and Seventh Avenue in Manhattan they, too, were struck by bullets meant for someone else.

Police later arrested Farrakhan Muhammad, 31, in connection with the shooting after he allegedly fled to Florida.

Officials and sources said that two to four men began arguing around 5 p.m. on May 8 when one person, later identified as Muhammad, pulled out a gun and began shooting. Sources identified Muhammad as “a CD hustler.”

If you’ve got a tip, you can reach [email protected]