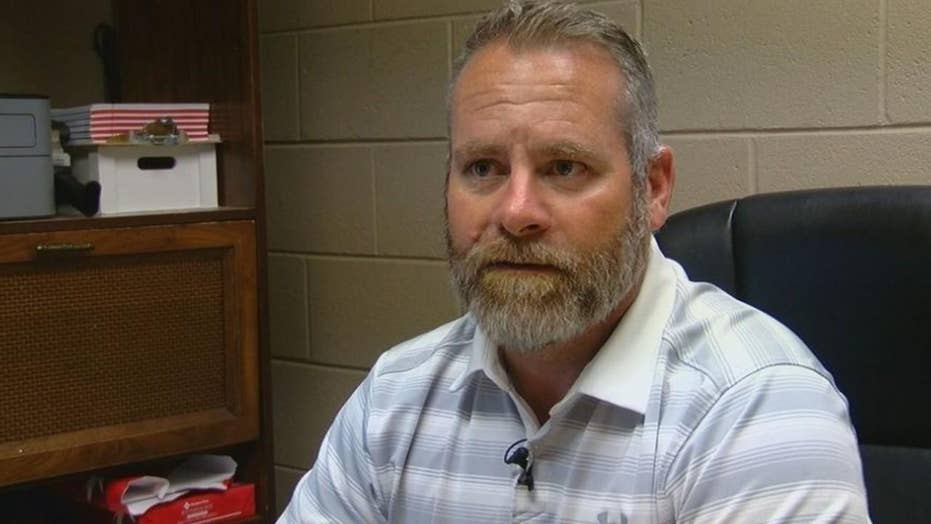 Police Chief killed by his officer at convention both attended

Oklahoma police officer Michael Patrick Nealey is in custody on suspicion of murder, according to Escambia County Sheriff’s Office. He’s been arrested for killing his boss, Lucky Miller, chief of the Mannford Police Department.

An Oklahoma police chief and the fellow officer accused of murdering him in an apparent alcohol-fueled fight were apparently "the best of friends" — raising more questions about what happened between the duo on Florida's Panhandle Sunday night.

Chief Lucky Miller, 44, and Det. Michael Nealey, 49 — both of the Mannford Police Department — were attending a law enforcement conference in Florida and staying at the Hilton on Pensacola Beach when the alleged homicide took place before 10 p.m.

The two were apparently being disruptive and hotel security was called. Hotel staff later called the Escambia County Sheriff's Office because Miller and Nealey were engaged in "an actual physical altercation," said Amber Southard, a spokesperson for the sheriff's office.

When investigators arrived, Miller was dead — and no weapon was found. Southard said alcohol was involved in the incident and that an autopsy was underway.

Nealey was booked Monday morning at the Escambia County Jail on homicide charges, according to online sheriff's office records.

Miller and Nealey were close friends, according to the mayor of Mannford — a city of just over 3,000 people — who told the Tulsa World they were both "great" men."

“Those two were the best of friends. Where one was, the other one was. They were always together,” Mayor Tyler Buttram said. “We ask that everybody pray for both families because two families have been devastated by this horrible tragedy. They do not understand what’s going on. None of this makes sense."

“Not one single person can fathom the thought of any of this. It’s so confusing," the mayor added.

Ridley described Miller as an "outstanding" police chief who was approachable and understanding. Buttram said Miller was "an absolutely amazing man and an absolute incredible chief."

“I can’t understand it. Lucky was a friend, a mentor, a leader, a police officer and a family man," the mayor said. He said the fact that Miller and Nealey were best friends is "what makes everything so hard. We can’t even wrap our heads around this. The city’s just stunned. The police department’s stunned. Nothing makes sense, nothing adds up.”

Miller, who worked as the police chief since 2007, leaves behind a wife and three children.