Coronavirus tests that give you on-the-spot results in 15 to 30 minutes are set to be rolled out across the world, a potential landmark in the battle against the pandemic.

The tests, which will be read by a health worker, will look like a pregnancy test, with two blue lines displayed for positive.

One test has received emergency approval from the World Health Organization (WHO) and the other is expected to get it shortly.

The WHO announced it and leading partners agreed to the plan to roll out 120 million of the rapid-diagnostic tests to help lower and middle-income countries make up ground in a testing gap with richer countries – even if it is not fully funded yet. 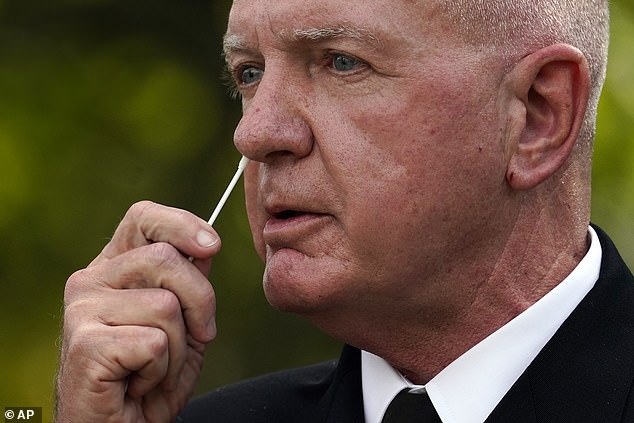 The WHO issued an emergency-use listing last week for the antigen-based rapid diagnostic tests which cost £3.90 each.

The programme initially requires £467 million and is to get started as early as next month to provide better access to areas where it is harder to reach with PCR tests that are often used in wealthier nations.

The rapid tests look for antigens, or proteins found on the surface of the virus. They are generally considered less accurate – though much faster – than higher-grade genetic tests, known as PCR tests.

WHO director-general Tedros Adhanom Ghebreyesus hailed the programme as ‘good news’ in the fight against Covid-19.

‘These tests provide reliable results in approximately 15 to 30 minutes, rather than hours or days, at a lower price with less sophisticated equipment,’ he said.

‘This will enable the expansion of testing, particularly in hard-to-reach areas that do not have lab facilities or enough trained health workers to carry out PCR tests.

‘We have an agreement, we have seed funding and now we need the full amount of funds to buy these tests.’

Catharina Boehme, chief executive of a non-profit group called the Foundation for Innovative New Diagnostics, said the rollout would be in 20 countries in Africa, and would rely on support of groups including the Clinton Health Access Initiative. She said the diagnostic tests will be provided by SD Biosensor and Abbott. 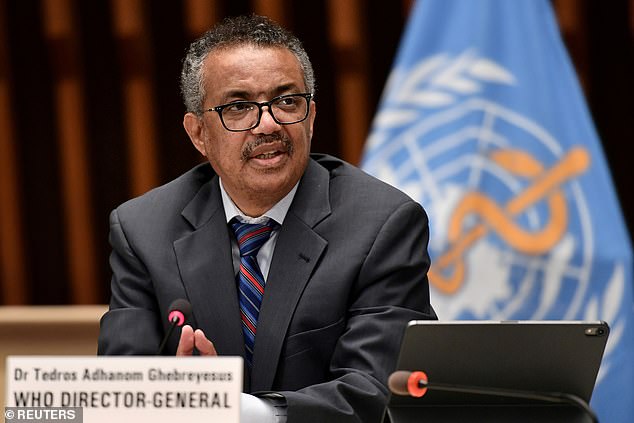 Peter Sands, executive director of the Global Fund, a partnership that works to end epidemics, said it would make an initial 50 million dollars available from its Covid-19 response mechanism. He said the deployment of the quality antigen rapid diagnostic tests will be a ‘significant step’ to help contain and combat coronavirus.

‘They’re not a silver bullet, but hugely valuable as a complement to PCR tests, since although they are less accurate, they’re much faster, cheaper and don’t require a lab,’ he said.

Many rich countries have also faced problems rolling out accurate tests, and testing itself is no panacea – countries like France and the US have all faced backlogs and hiccups at times, and rapid tests in the UK and Spain turned out to be inaccurate.

But rolling out testing in poorer countries aims to help health care workers get a better grip on where the virus is circulating, in hopes of following up with containment and other measures to stop it.

He said the 120 million tests would represent a ‘massive increase’ in testing, but are still a fraction of what is needed in those countries.