A foreign criminal ranked as one of Britain’s ‘most-wanted’ offenders was finally caught after an international manhunt lasting more than a decade – but was then inexplicably set free.

In a case that highlights the failure of the justice system to protect the public, Romanian knife thug Adrian Vasilescu is now back on the run.

In 2011, the 42-year-old – who was wanted in his homeland for slashing a woman’s throat with a broken bottle – featured in a Crimestoppers list of dangerous foreign criminals in Britain.

He was traced to the Manor Park area of London and appeared at Westminster Magistrates Court for extradition.

But, freed on bail, he failed to comply with an order to check in with police and subsequently disappeared – for almost a decade.

Then, in 2020, Vasilescu was arrested by police investigating the attempted murder of a woman in Paisley, near Glasgow, who had been repeatedly stabbed.

But he was let go from custody again and, when the case came to trial earlier this year, he failed to turn up. 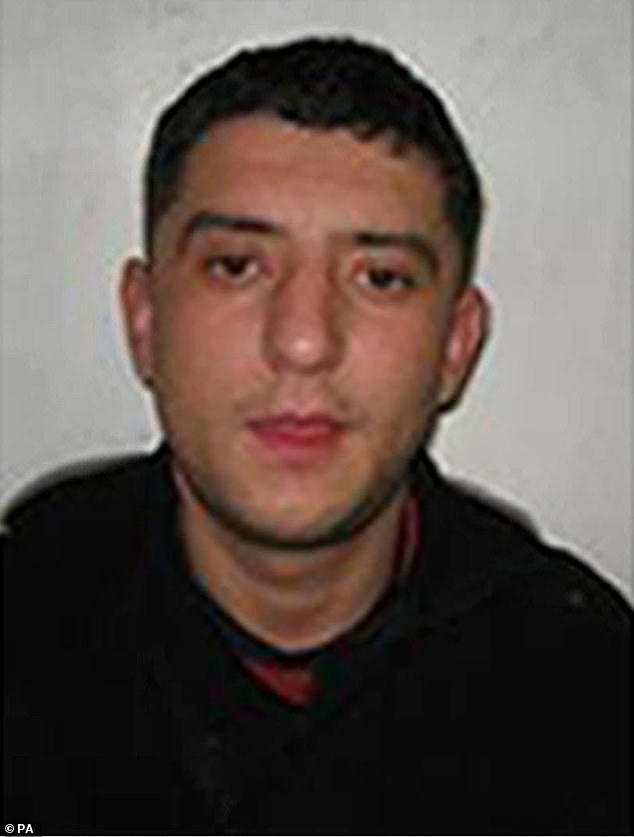 Adrian Vasilescu, 42, is one of Britain’s most-wanted men but was set free before his sentencing and is now missing again

In a decision rounded on by critics, Vasilescu had, astonishingly, been granted bail – even though he was a known flight risk.

Last week he was due to be sentenced for the 2020 attempted murder. But the sentencing could not go ahead – as court officials admitted they had no idea where he was.

Meanwhile, Vasilescu is still wanted by police in his native Romania. Last night critics said the case highlighted the failure of the justice system to safeguard the public.

Scottish Conservative Deputy Community Safety spokesman Russell Findlay said: ‘It’s staggering that a highly dangerous criminal with such a long history of going on the run should have been bailed.

‘Given his background, it comes as no surprise that he has now vanished yet again – inevitably putting innocent members of the public at risk of violence.’

The 2011 ‘most wanted’ list included a serial killer, murderers and rapists who had committed crimes abroad.

The list included 14 of the most dangerous and difficult-to-trace suspects being hunted in Britain by Scotland Yard.

This was part of an initiative codenamed Operation Sunfire, which aimed to trace and extradite foreign criminals.

It was reported at the time when Vasilescu first absconded that the Government was frustrated at how his case had been handled – with a Whitehall source saying: ‘It’s ludicrous a dangerous foreign fugitive gets bail in these circumstances.’

In the 2020 attack – of which Vasilescu has now been convicted in his absence – he punched and threw his victim, a girlfriend of his called Oana Clapotura, to the ground before stabbing her. 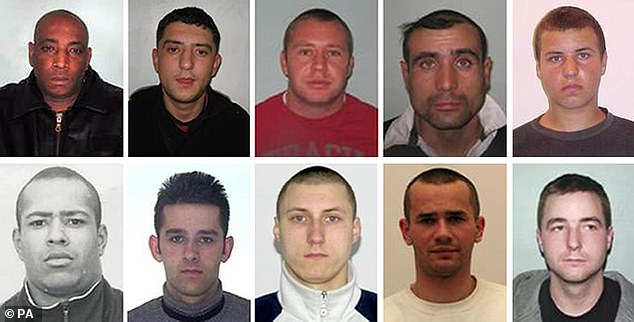 She was left severely injured and permanently scarred.

He then tried to escape justice by fleeing to France through the Channel Tunnel, but was arrested at Folkestone in Kent.

Sent back to Scotland, Vasilescu was detained by police and charged with attempted murder and attempting to pervert the course of justice, but was granted bail.

A spokesman for the Scottish judicial system said decisions about granting bail ‘must consider the unique facts and circumstances of the case and of the accused’.