Revealed: ‘Organiser’ of Ukip anti-Brexit march is a far-Right activist who was jailed for attempted kidnap

An activist who claims to have organised UKIP’s anti-Brexit march was once jailed for attempted kidnap – it has been revealed.

According to the Telegraph, Daniel Thomas, 29, who has played a part in promoting ‘The Brexit Betrayal’ march, was jailed two years ago for the attempted armed kidnapping of a man in Hampshire.

Thomas and two other men were convicted by a judge in July 2016 for the ‘extraordinarily frightening incident’ matched only by its ‘stupidity’ in which they attempted to kidnap a man armed with knives. 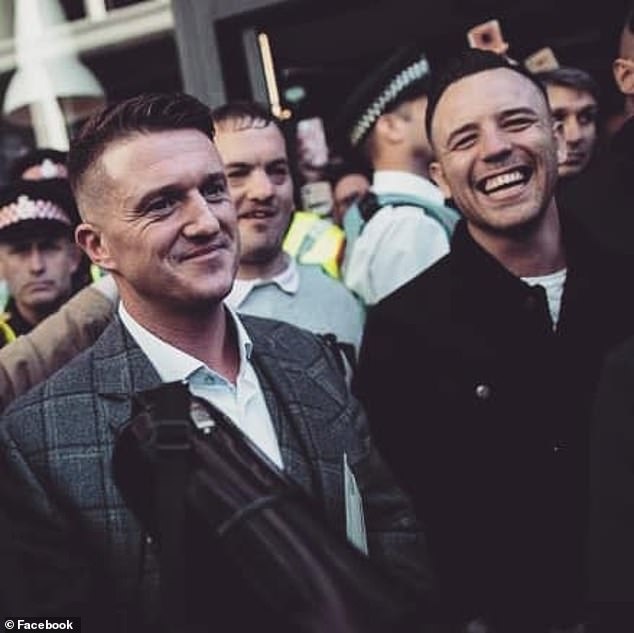 The victim, Graham Page, told Portsmouth Crown Court that Thomas, along with Darren Anscombe, 38, and Leo Smith, 34, burst into the house shouting ‘you’re coming with us’.

The court heard that Thomas and the other men wrongly believed he had stolen £10,000 of drugs from them and tried to drag him away.

Mr Page resisted and the men fled, shouting ‘we’ll be back’. Upon arrest Thomas, from Hampshire, admitted the offence. He was jailed for two years. The two others received 30 month sentences.

Thomas told the Telegraph on Saturday that the incident happened because he ‘got involved with some stupid people’ after experiencing financial difficulty.

‘Everyone deserves a second chance,’ he said. ‘I came out of prison and I have turned my life around.

‘I now go to church every Sunday and pray for forgiveness. Hopefully I will better myself over the years and this incident will be forgotten.’ 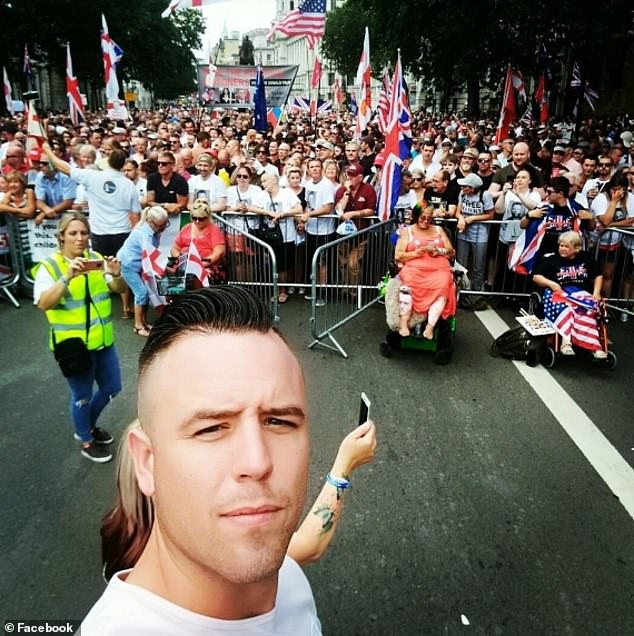 Thomas formerly workes as a bricklayer, sales and marketing manager, and a tank driver in the Army.

However, he has now stopped working to ‘dedicate everything to the cause.’

In a picture tweeted by Gerard Batten on Friday, Thomas is photographed sat next to Robinson, the founder of the English Defence League, alongside the party leader.

A Ukip spokesman said Thomas was at Friday’s meeting ‘in the capacity of Mr Robinson’s personal security’.

He added: ‘Mr Thomas is not part of Ukip’s planning team. He has served his sentence and has returned to the world of work just as Lords Archer and Ahmed have returned to the House of Lords after serving serious criminal convictions.’ 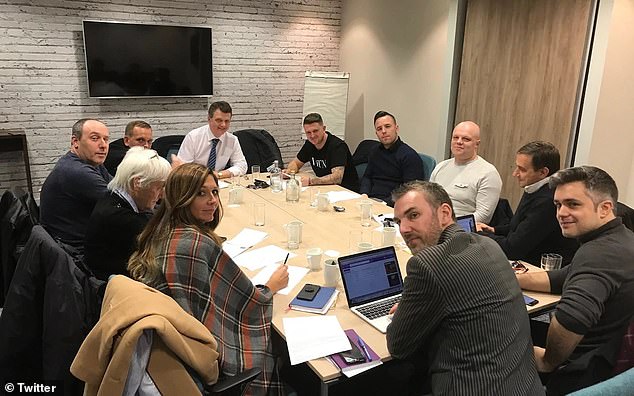 In a picture tweeted by Gerard Batten on Friday, Thomas is photographed sat next to Robinson