WASHINGTON (Reuters) – Question: What do you get when you combine Russian agents, a therapy dog and a $15,000 ostrich-skin jacket? 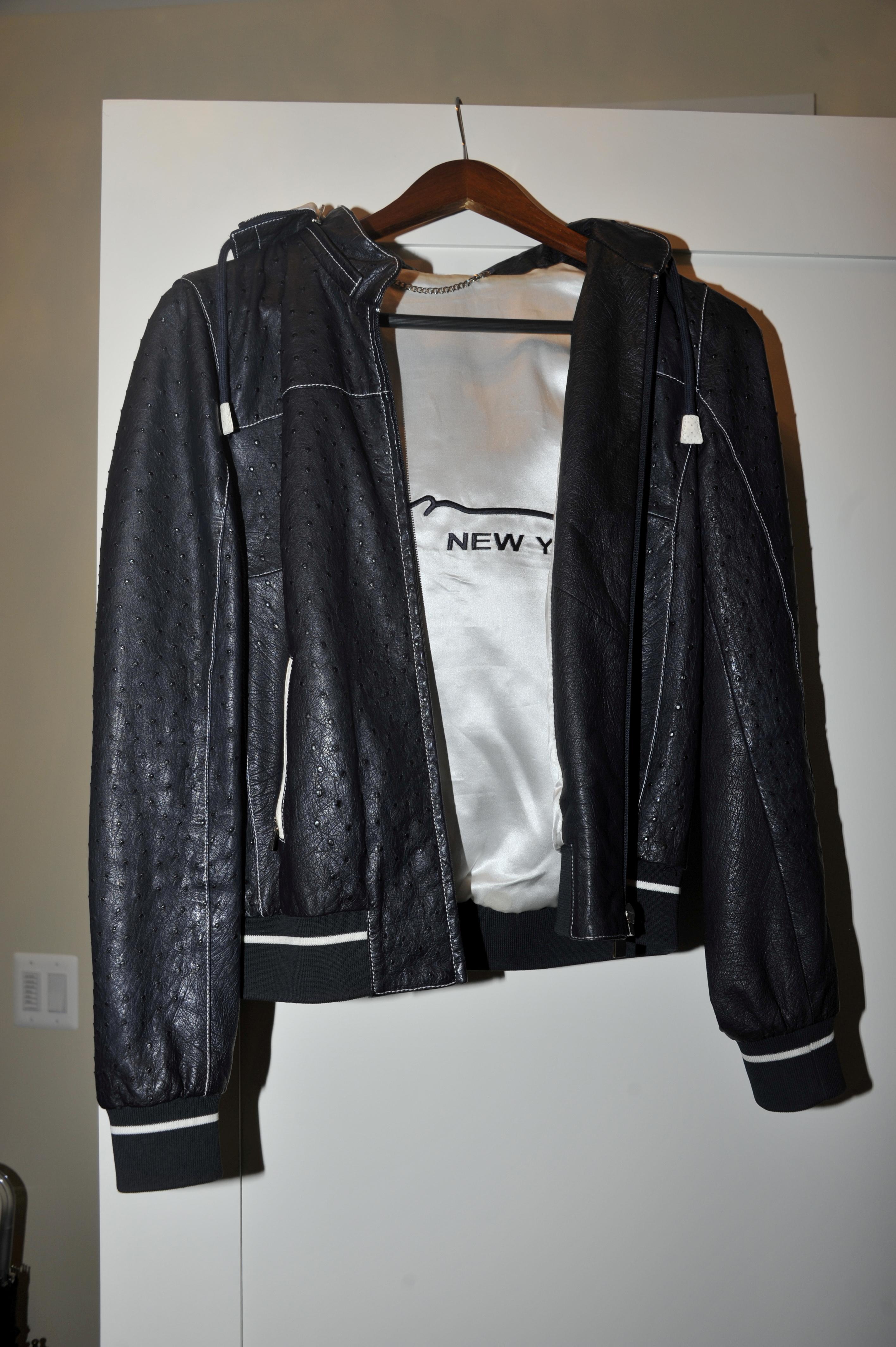 Answer: A criminal investigation that could decide the fate of a U.S. president.

Donald Trump’s presidency has produced no shortage of eyebrow-raising moments – such as the former acting head of the FBI, Andrew McCabe, saying that Trump might be a Russian asset.

And U.S. Special Counsel Robert Mueller’s investigation has turned up some surreal anecdotes as he examines whether the 2016 Trump election campaign worked with Russia to win the White House.

Some of those episodes resemble reality television, fitting perhaps because Trump was once the star of his own show, “The Apprentice.” Moments of heightened drama appeared to be legitimate, but in fact involved paid actors and off-site directors.

On July 9, 2016, a Facebook group called United Muslims of America staged a rally in Washington to support the Republican presidential nominee’s Democratic rival, Hillary Clinton. One of the attendees held a sign featuring Clinton’s image and a quote: “I think Sharia Law will be a powerful new direction of freedom.”

It was a provocative message that appeared to show Clinton expressing support for the Muslim legal code that some conservatives complain could pose a threat to U.S. law.

According to U.S. prosecutors, the event was engineered by Russian agents working to undermine Clinton. Moscow has denied the allegations and the conclusions of U.S. intelligence agencies that it ran an operation to meddle in the election.

In a criminal indictment, Mueller’s team says Russians set up the Facebook group, organized the campaign event, and recruited someone to hold the sign. It was one of several events that year orchestrated by the Internet Research Agency, a Kremlin-backed troll farm in St. Petersburg that spent millions of dollars to disrupt the U.S. democratic process, according to court documents filed by Mueller’s office.

A volunteer for the Trump campaign agreed to provide signs for a Russian-organized “March for Trump” event in New York in June 2016 and sent out a press release for a “Down With Hillary” rally a month later, the indictment said.

A Trump campaign official in Florida helped Russian organizers pick out sites for rallies there in August 2016.

One of those rallies featured a person dressed up as Clinton in a cage on a flatbed truck, wearing a prison uniform. Russians paid for the actor and the cage, prosecutors said.

After the election, Russian agents staged dueling rallies in New York – one to support Trump, one to protest his victory.

The Russian government has denounced the allegations as absurd and ridiculed the notion that so few Russian nationals could undermine U.S. democracy.

“You can see where voters would have no way to figure out whether this is a rally of sympathizers – or subversives,” he said.

Prosecutors built their successful financial-fraud conviction of Paul Manafort last summer on a mountain of bank records and other financial documents.

But one piece of evidence convicted Manafort in the court of public opinion: a $15,000 ostrich-leather bomber jacket. A Washington Post fashion critic called the garment “an atrocity – both literal and symbolic.”

Prosecutors introduced the jacket as evidence of the high-flying lifestyle that they say Manafort funded by lying to banks and hiding more than $16 million from tax authorities.

Prosecutors also cited $934,000 in purchases from an oriental rug store and $1.8 million in payments to home-theater installers.

Manafort subsequently agreed to forfeit many of his assets, including five properties and several bank accounts, as part of a plea deal in a separate criminal case.

The plea deal does not require him to give up the ostrich skin jacket.

A DOG IN THE COURTHOUSE

Though Mueller has cultivated a reputation as a no-nonsense prosecutor, he has at times accommodated the quirks of his witnesses.

For self-described “dirty trickster” Roger Stone, this was an ominous sign. According to Mueller’s team, Stone had spent much of the past year pressuring Credico to lie about their efforts to communicate with WikiLeaks, the website that released stolen Democratic emails during the election campaign.

Stone and Credico were an odd pair. Stone was a longtime Republican operative with a tattoo of Richard Nixon on his back who had advised Trump on and off for decades. Credico was a former comedian and activist who had served as an intermediary between Stone and WikiLeaks in the final months of the campaign.

Mueller’s evidence showed Stone urged Credico to keep their stories straight when investigators came calling. Credico invoked his Fifth Amendment right against self-incrimination when he was called before Congress in December 2017.

But Credico began to have second thoughts, incurring Stone’s wrath. In an April 2018 email released by prosecutors, Stone said he would “take that dog away from you” – an apparent reference to Bianca. 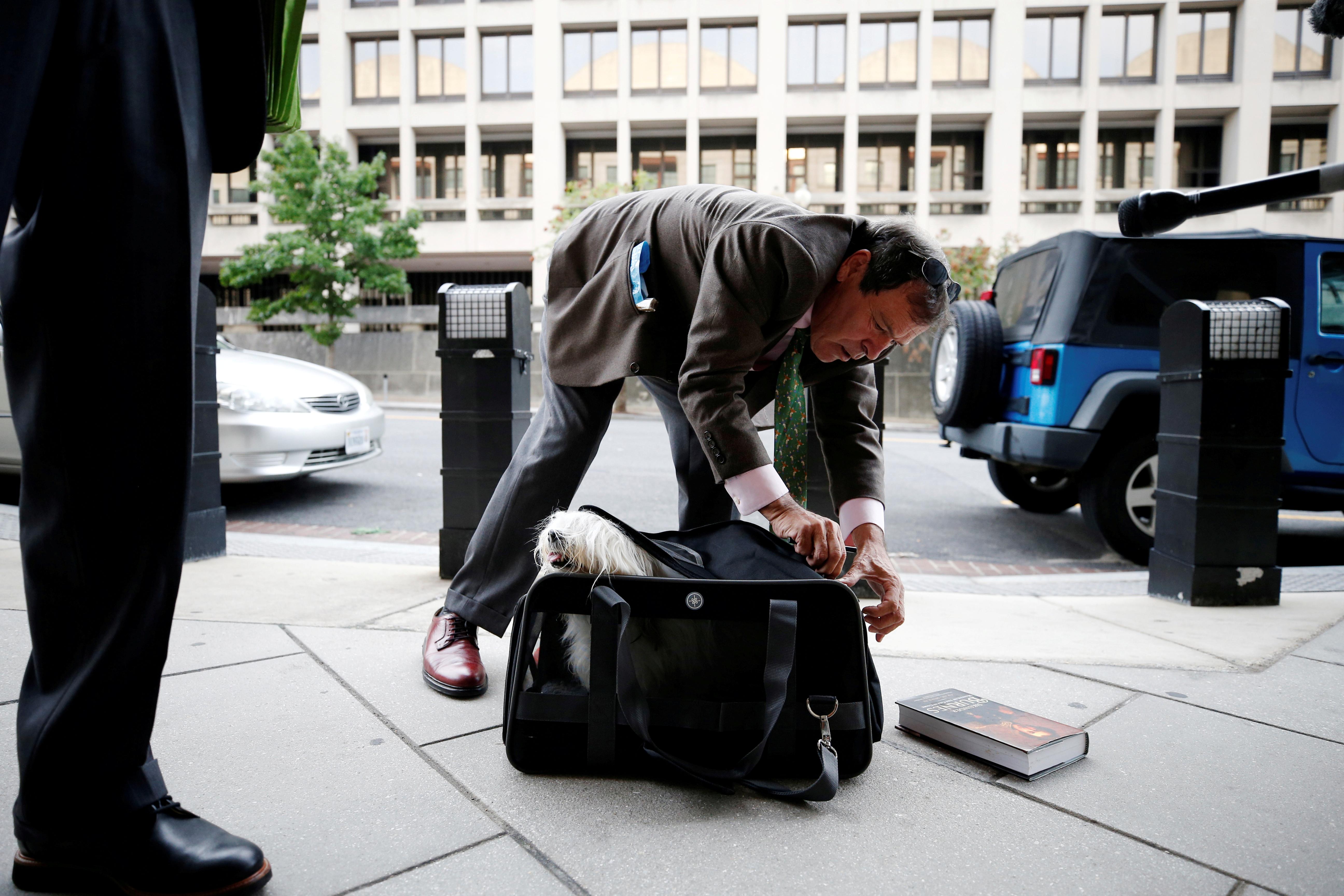 Stone was charged in January with lying to Congress and witness tampering in an indictment that quotes extensively from his communications with Credico. He has pleaded not guilty.

Bianca has been spending time recently lolling on a Southwestern-patterned rug, according to Credico’s social-media posts.