MANY have expressed their fury after a bloke appeared to have switched Tesco beef and vegetable lasagne labels to prank vegetarians.

The post was shared on Facebook with the alleged joker's name and image blocked out and an image of two identical looking Tesco brand lasagne packaging. 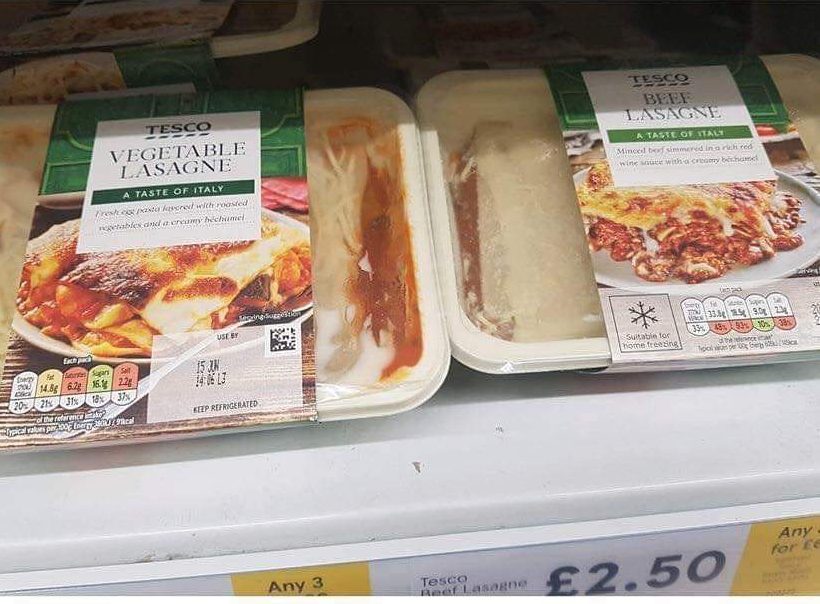 It reads: "Some mornings I like to pop in to Tesco & switch the cardboard sleeves around on these just for fun."

It is unclear who shared the original image, when the post was first made and in what Tesco it happened in.

The Northern Ireland Craic Facebook group posted the image yesterday with many pointing out the safety hazard of what appeared to be a simple joke.

One said: "Please don't do this. Some people have medical reasons for eating a vegetarian diet.

"Including allergies and the inability to process meat. This could be dangerous."

Another fumed: "You could land the company in serious s*** for that.

"As well as tricking a vegetarian into eating meat. It's not funny and is incredibly immature and irresponsible.

"Anyone wanting to do this for "lols" needs a good kick up the a**e."

However, some seemed to agree with the humour of the prank.

Another added: "Now I know what to do when I retire to put the day in."

They said: " I do this to get things cheaper."

The allergenic ingredients must be emphasised in some way – many times it is typed in bold or a contrasting colour – to make it clear for the consumers.