Surf Lifesaving Queensland said 3,595 people were stung by the bluebottle on the beaches of the northern state.

Most of those stung were on the Gold Coast, while there were also many stung on the Sunshine Coast.

According to the Australian Museum, between 10,000 and 30,000 stings are usually reported along the country’s east coast each year.

No fatalities have been confirmed and for most people the stings are harmless – albeit painful – but they can cause problems for those with allergies or those who are very young or elderly. 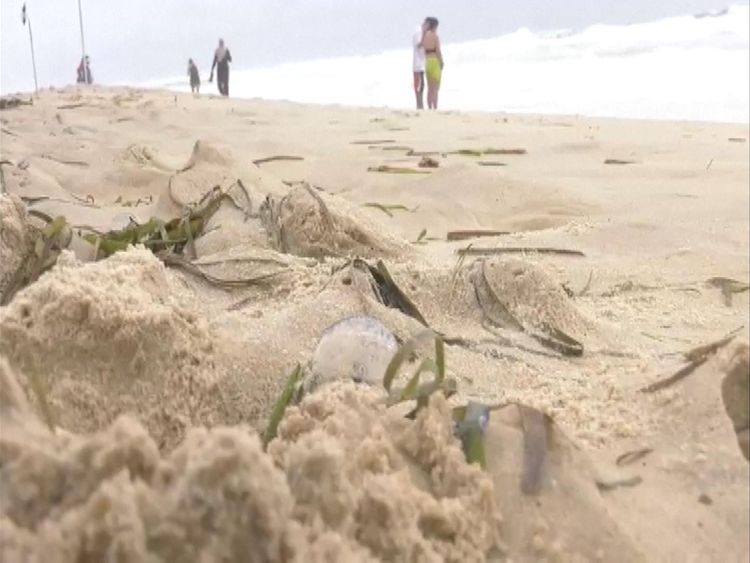 According to Nine News, several people suffered anaphylactic shock and were treated by paramedics during the weekend.

A number of Queensland’s beaches were closed due to the jellyfish.

Lifesavers described the jellyfish on one beach as being like “a wall”, and wrote on Twitter that the invasion was due to northeasterly winds.

Surf Life Saving duty officer Jeremy Sturges described the jellyfish as an “epidemic”, telling Australian media: “I have never seen anything like this – ever”.

He said that those stung should remove the stingers, take a very hot shower and to apply ice to their wounds. 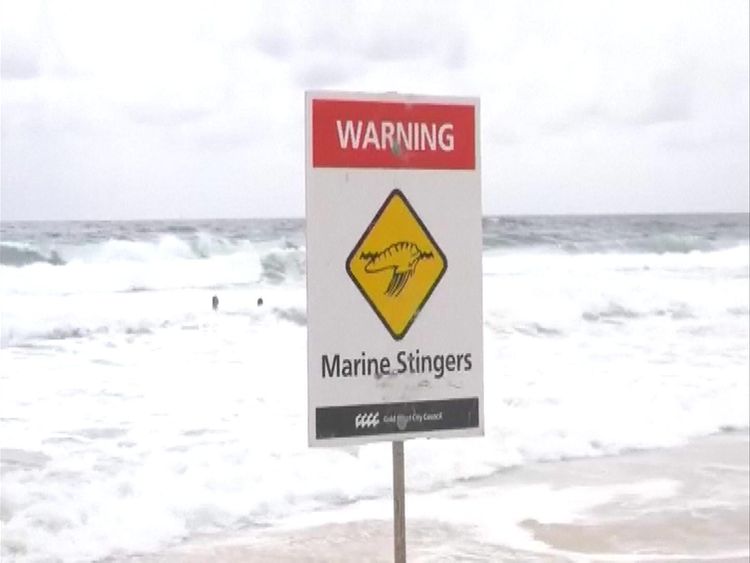 And swimmers are not the only ones at risk – even those walking along the beach were warned not to pick up the jellyfish and to watch their step.

Bluebottles are common visitors to Australian beaches and the wind often blows them into shallow waters and onto the shore.

However, the number seen in Queensland during the weekend is particularly unusual.