The fantasist, who admitted possessing indecent images of children of the ‘gravest kind’, has repeatedly sought access to young people.

As recently as 2017, Beech was able to visit children as young as four in primary schools on behalf of the NSPCC to speak about child abuse.

As part of the charity’s Childline service he delivered assemblies on how young people can stay safe online and in person. 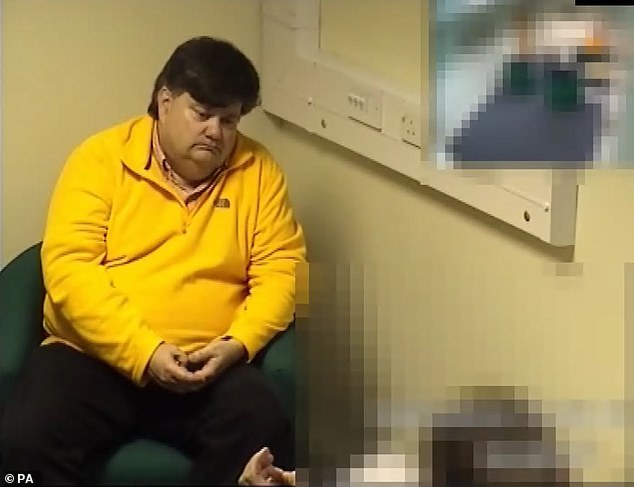 Carl Beech, who used the alias ‘Nick’, was exposed as a fantasist over his claims of a VIP paedophile ring

The fantasist started in the role in November 2012, shortly after making his first bogus claims of abuse to police.

Beech’s ties with children stretch back to at least 1993 when, as a 25-year-old married man, he specialised as a paediatric nurse on a children’s ward at St Mary’s Hospital in Paddington, London.

He later worked on a children’s unit in Cheltenham, Gloucestershire.

By 2006, Beech had become chairman of governors at his son’s primary school in Gloucester and incredibly he also became safeguarding representative.

He was even interviewed by Ofsted, the education watchdog, during an April 2013 visit.

He went on to become vice-chairman of governors at a secondary school in the same area between 2014 and 2017.

During the trial, Beech’s hypocrisy, given his own sexual interest in young boys, was described as ‘breathtaking.’

The prosecution pointed to an incident in 2014 when Beech wrote to his counsellor about a teacher arrested on suspicion of gathering child abuse images similar to those he had been collecting.

In an email, he said: ‘I don’t think I have been this cross before, it is a new feeling.’

Last night an NSPCC spokesman said: ‘We severed all ties with [Beech] in February 2017’, adding that it was a ‘mutual’ decision ‘taken after he had been out of contact with us for some time’.

‘We did not find out until February 2018 that he had been charged in connection with the possession and distribution of indecent images of children.’