Disgusting details have emerged of how a PE teacher abused a young student including having sex on the bonnet of his car, as he was sentenced to jail.

The County Court Victoria heard how the Ballarat University teaching graduate had groomed his target, who was a pupil in his care. 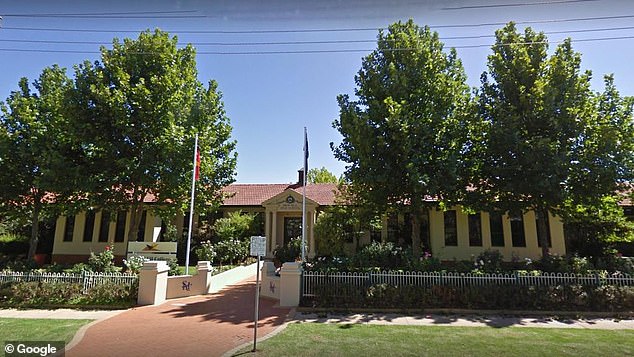 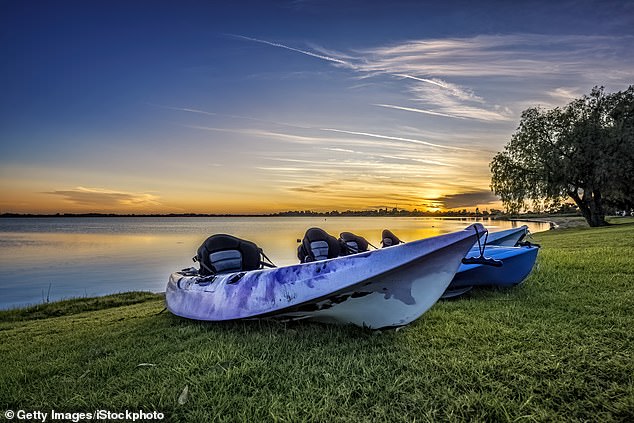 PE teacher Ben Kelly, now 41, groomed his target, a pupil in his care, as they shared a canoe on the Murray River at a school camp in 2003. Pictured: canoes at sunrise on Lake Boga, 15 minutes’ drive south of Swan Hill. Kelly took a mattress to Lake Boga and abused the girl on it

The paedophile had been ‘friendly’ with his target on a school camp on the Murray River, near Swan Hill.

The two had shared a canoe and splashed each other, then later text each other lewd messages and images.

Kelly began exploiting the child, using her for sex until she turned 16 and continuing to see her after he moved away.

On one occasion he brazenly handed her a lewd note as he supervised a class.

On another, he used the young school student for sex then drove her to her part-time job at KFC.

He brought a mattress to Lake Boga, a scenic camping spot 15 minutes’ drive south of Swan Hill, and used it to exploit the school student.

One night the girl’s parents saw she had disappeared and became concerned, searching for her.

She had snuck out to stay the night at Kelly’s house and he dropped her off at the bus stop the next day.

The main street of Sea Lake, Victoria, 73km west of Swan Hill. Kelly moved on to Sea Lake in 2005 and began teaching at Tyrell College, while continuing to see his victim

Another night, she crept out of her family’s home in the night to meet him and was in her pyjamas when he had sex with her on the bonnet of his car.

In 2005, Kelly and his partner moved to Sea Lake on the shores of Lake Tyrell, 73km west of Swan Hill, so he could teach at Tyrell College, however, he kept seeing his victim even after he left.

He was nearly caught in 2005 when his victim told her friend what had been happening.

When Kelly found out, he threatened the friend, saying he would ‘hold her responsible’ if his victim ‘killed herself’.

However, the friend’s father found out and threatened to ‘deal with him’ if he did not leave Tyrell College and stop seeing his victim. 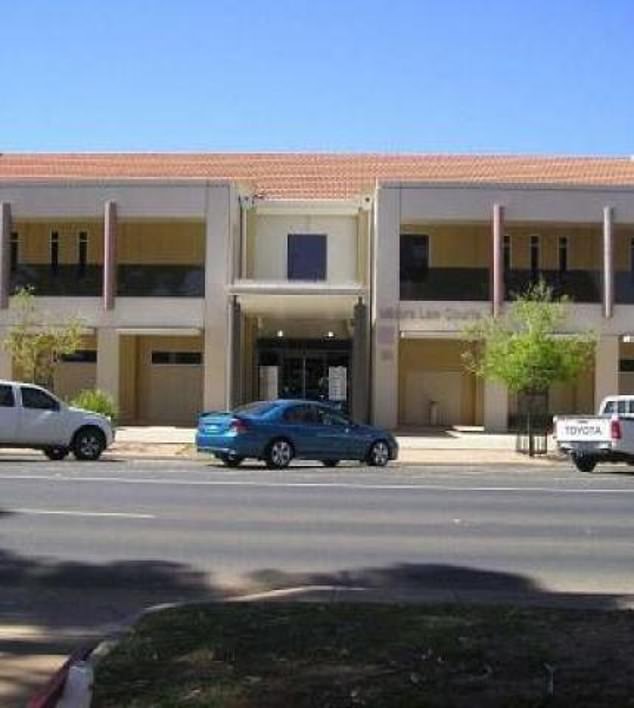 County Court Victoria, Mildura, where Kelly was sentenced to five years’ jail with three years’ minimum to serve. Police raided him in 2019, by which time he had moved to Broome, WA.

Kelly kept seeing his victim until he moved to Darwin, NT, in 2008 for yet another teaching role.

The victim reported Kelly to police in 2018 and the authorities then raided his home and seized his mobile phone in 2019.

By that time he had moved to Broome, WA.

The victim wept as she told County Court Victoria at the plea hearing last month about the lasting damage the abuse had caused her.

She said she had been ’emotionally ripped apart’ by Kelly who had betrayed her trust.

‘I thought all I was good for was sex,’ she told the court, as reported by the Herald Sun.

Kelly’s position as a teacher created an imbalance of power as did the 10-year age disparity, saying his persistent offending was serious.

Judge Ryan sentenced Kelly to a maximum of five years’ jail with a minimum of three to serve and was put on the sex offender’s register for life.