ISLAMABAD/NEW DELHI (Reuters) – Pakistan carried out air strikes and shot down two Indian jets on Wednesday, Pakistani officials said, a day after Indian warplanes struck inside Pakistan for the first time since a war in 1971, prompting leading powers to urge both sides to show restraint. 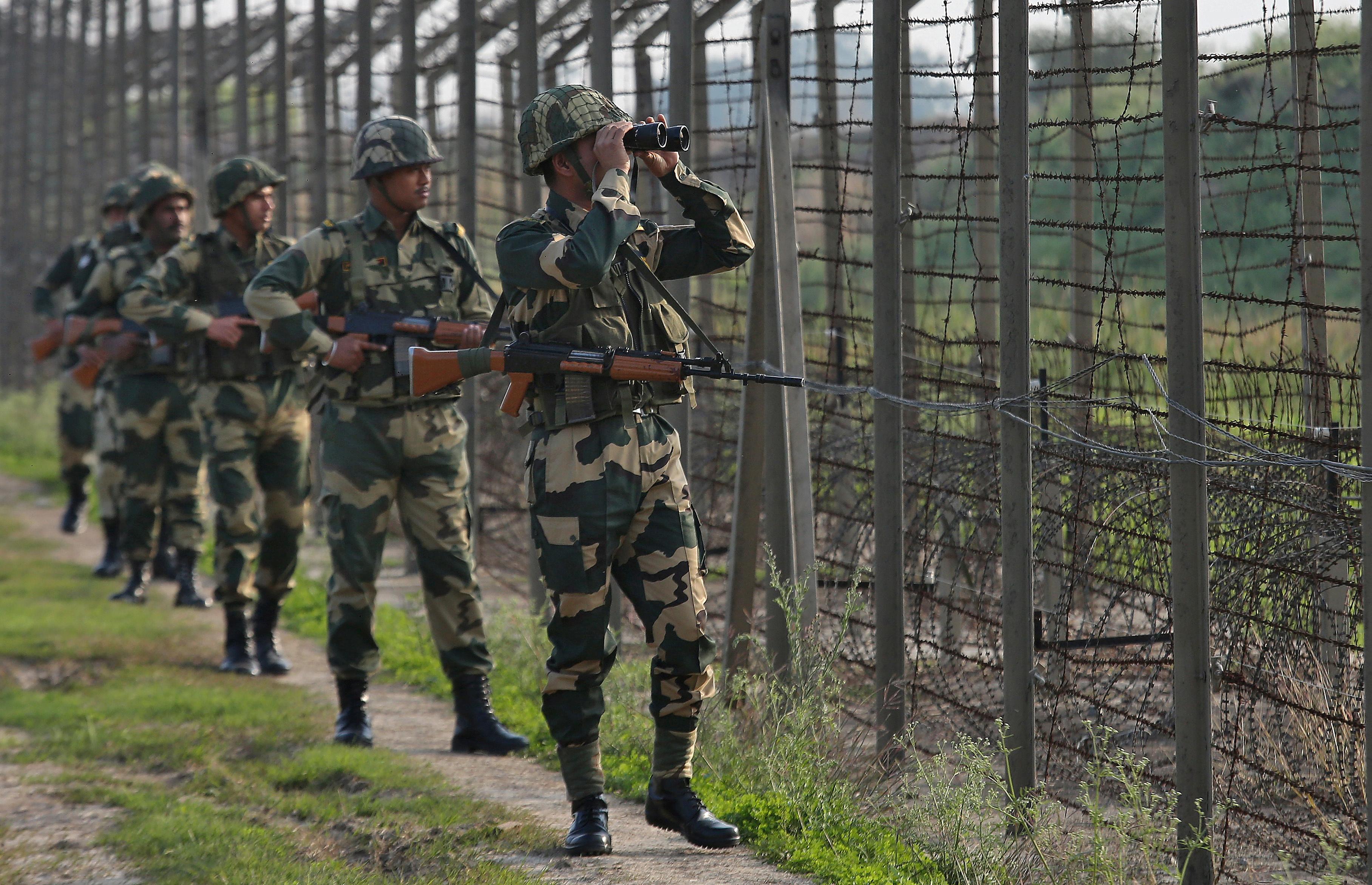 Both countries have ordered air strikes over the last two days, the first time in history that two nuclear-armed powers have done so, while ground forces have exchanged fire in more than a dozen locations.

Tension has been elevated since a suicide car bombing by Pakistan-based militants in Indian-controlled Kashmir killed at least 40 Indian paramilitary police on Feb. 14, but the risk of conflict rose dramatically on Tuesday when India launched an air strike on what it said was a militant training base.

Both countries claim the mountainous Himalayan region of Kashmir in full but rule in part.

The attack targeted the Jaish-e-Mohammed (JeM), the group that claimed credit for the suicide attack. India said a large number of JeM fighters had been killed, but Pakistani officials said the strike was a failure and inflicted no casualties.

“This was not a retaliation in true sense, but to tell Pakistan has capability, we can do it, but we want to be responsible, we don’t want an escalation, we don’t want a war,” he told a news conference.

One of the aircraft fell on India’s side of Kashmir, while the second came down in Pakistani-held territory with two pilots captured, he added.

At the briefing, Ghafoor produced weapons and identity documents he alleged were carried by the Indian pilots.

The Pakistan government’s official Twitter account released a video of what it claimed was one of the Indian pilots who had been shot down.

The man, whose face is bloodied and blindfolded, gives his name and service number, before telling a man questioning him: “I’m sorry sir, that’s all I’m supposed to tell you.”

In a separate statement, Pakistan’s foreign ministry said it had hit “non-military” targets inside Indian-controlled Kashmir, but that it had avoided human loss and collateral damage.

“If India is striking at so called terrorist backers without a shred of evidence, we also retain reciprocal rights to retaliate against elements that enjoy Indian patronage while carrying out acts of terror in Pakistan,” the statement said.

“We are ascertaining and putting out something. You have to give me some time,” a spokesman for India’s air force said, without taking any questions, when contacted by Reuters.

The Indian air force has ordered Kashmir’s main airport in Srinagar along with at least three others in neighboring states to close because of the two incidents, an official said.

Pakistan shut its airspace, with flights in the country also canceled. Flights from the Middle East and India were also affected.

In a separate incident, police officials in Indian-occupied Kashmir said that two Indian pilots and a civilian had died after an Indian aircraft crashed in Kashmir. The craft was initially reported by officials to be a plane, but a partial tail number from the craft seen by a Reuters witness showed it to be an Mi17 military helicopter.

The cause of the crash is unknown.

The latest exchanges hit stock markets in both countries.

Pakistani stocks fell sharply during morning trade with the benchmark KSE 100 Index down 3.34 percent and the narrower KMI 30 index down 3.6 percent in Karachi. The Indian stock market was down around 0.5 percent.

On Tuesday evening, Pakistan began shelling using heavy caliber weapons in 12 to 15 places along the de facto border in Kashmir, known as the Line of Control (LoC), a spokesman for the Indian defense forces said.

“The Indian Army retaliated for effect and our focused fire resulted in severe destruction to five posts and number of casualties,” the spokesman said.

Five Indian soldiers suffered minor wounds in the shelling that ended on Wednesday morning, he added.

“So far there are no (civilian) casualties but there is panic among people,” said Rahul Yadav, the deputy commissioner of the Poonch district on the Indian side where some of the shelling took place.

“We have an evacuation plan in place and if need arises we will evacuate people to safer areas,” he said.

Officials on the Pakistani side said at least four people had been killed and seven wounded, including civilians, with thousands evacuated and schools closed in border areas.

“Only those families are still here which have concrete bunkers built within or along their homes,” said Muhammad Din, a resident of Chakothi, a village in Pakistan-occupied Kashmir near the de facto border.

India has also continued its crackdown on suspected militants operating in Kashmir.

Pakistan and India have fought three wars since independence from British colonial rule in 1947 and went to the brink a fourth in 2002 after a Pakistani militant attack on India’s parliament.

In Mumbai, India’s financial capital, there was a visible increase in security levels for a city that has suffered numerous militant attacks in the past.

“I expressed to both ministers that we encourage India and Pakistan to exercise restraint, and avoid escalation at any cost,” Pompeo said in a statement on Wednesday. 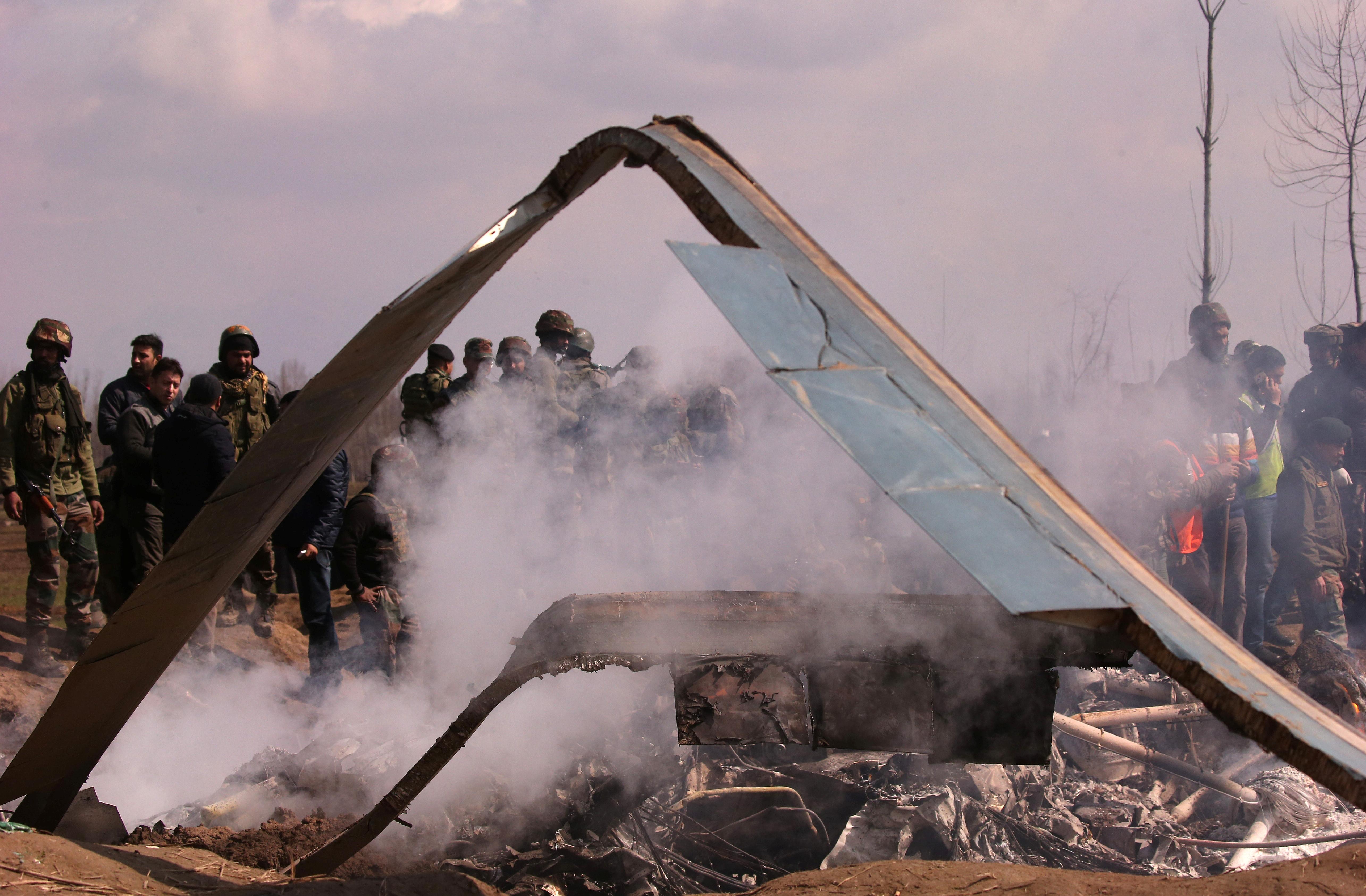 “I also encouraged both ministers to prioritize direct communication and avoid further military activity,” he said.

Both China and the European Union have also called for restraint. On Wednesday New Zealand Foreign Minister Winston Peters also voiced concern over the escalation in tension.