Palmreading could take on a whole new meaning with an ultra-thin display and monitor that can be stuck to the body. 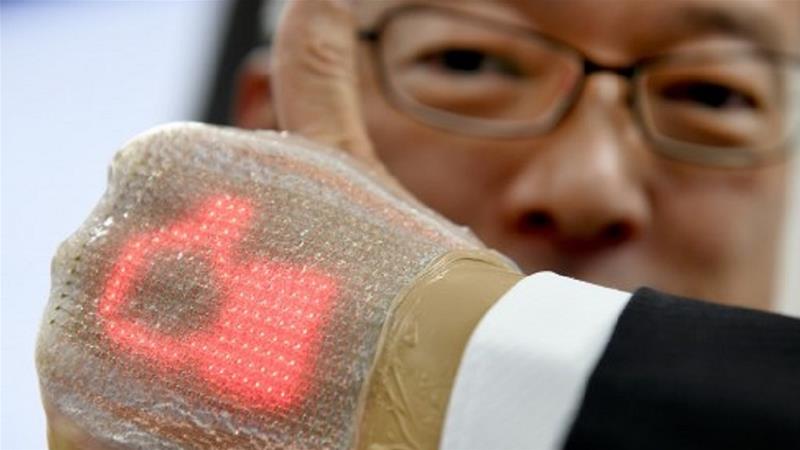 Palmreading could take on a whole new meaning thanks to a new invention from Japan: an ultra-thin display and monitor that can be stuck directly to the body.

The band-aid-like device is just one millimetre thick, and can monitor important health data as well as send and receive messages, including emojis.

Takao Someya, the University of Tokyo professor who developed the device, envisions it as a boon for medical professionals with bed-ridden or far-flung patients, as well as family living far from their relatives.

“With this, even in home-care settings, you can achieve seamless sharing of medical data with your home doctors, who then would be able to communicate back to their patients,” he told agencies.

Slapped onto the palm or back of a hand, it could flash reminders to patients to take their medicine, or even allow far-away grandchildren to communicate with their grandparents.

“Place displays on your skin, and you would feel as if it is part of your body. When you have messages sent to your hand, you would feel emotional closeness to the sender,” Someya said.

“I think a grandfather who receives a message saying ‘I love you’ from his grandchild, they would feel the warmth, too.”

The invention could prove particularly useful in Japan, with its rapidly ageing population, replacing the need for in-person checks by offering continuous, non-invasive monitoring of the sick and frail, Someya said.

The display consists of a 16-by-24 array of micro LEDs and stretchable wiring mounted on a rubber sheet.

It also incorporates a lightweight sensor composed of a breathable “nanomesh” electrode, and a wireless communication module.

“Because this device can stretch, we now can paste a display on things with complex shapes, like skin,” Someya said.

It can be placed on the human body for a week without causing skin inflammation, and is light enough that users might eventually even forget they are wearing it.

Along with medical applications, Someya hopes the device could eventually lead to wearable displays for joggers to monitor heart rates or check running routes.

He imagines labourers using the displays to consult manuals on their arms while working.

The device will be showcased at the annual meeting of the American Association for the Advancement of Science in Texas, over the weekend.

Someya created the device in partnership with Japanese printing giant Dai Nippon Printing, which hopes to put it on the market within three years. 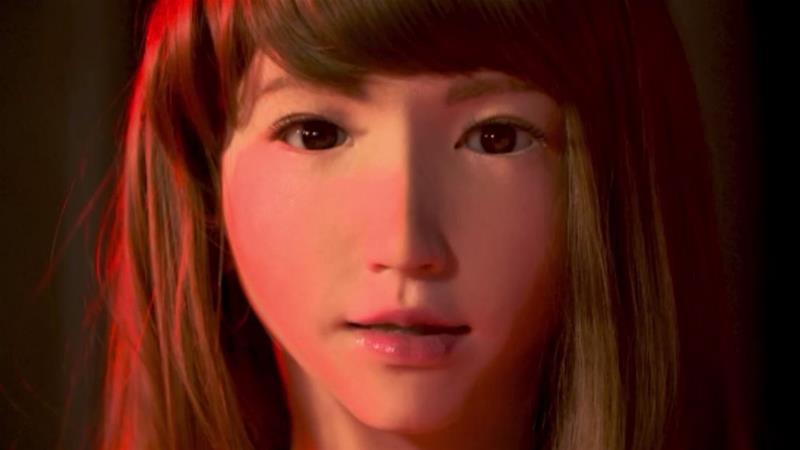 The rise of social robots