A SNAKE on the loose has sparked panic after slithering out of a clothes donation box.

The rat snake was spotted by shocked locals at a recycling point in Fife, Scotland, around 2pm yesterday. 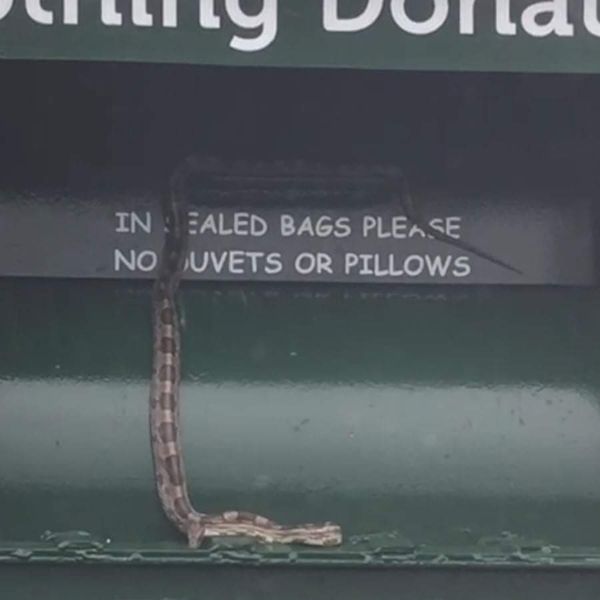 Photos of the "escape artist" snake were posted on social media, with one person saying it "looks like a python".

Passers-by contacted police and the Scottish Society for Prevention of Cruelty to Animals (SSPCA) after spying the non-venomous reptile.

Jan Graham told The Courier: “When I arrived at the carpark at about 5.45pm the police were sitting a a marked police car.

'I WOULD HAVE FAINTED'

Another woman said: “I was going to go up to the bottle bank, if I had seen that I would have fainted on the spot.

"Not what you would expect to see on a Monday afternoon.”

Saffi Wallace said: “Hope someone manages to go pick it up and put it in a safe container until owner can get it.

“When mine went a wander I was worried sick about her until she was safe. It's too cold out there for them.”

Not what you would expect to see on a Monday afternoon

The snake was later captured and taken into the care of SSPCA officers.

Scottish SPCA inspector Nicola Liddell said: "We were contacted by Police Scotland after they uplifted a stray snake from the Templehall area of Kirkcaldy in the early evening of  October 18.”

She added: “Snakes are somewhat notorious for being escape artists and can find tiny spaces in their enclosure to squeeze through.

“We will now hold the snake for seven days at one of our animal rescue and rehoming centres to give the animal’s owner a chance to reclaim their pet. If no one comes forward the snake will be rehomed.”

Rat snakes are non-venomous snakes that pose no danger to humans and can grow up to 5ft long. 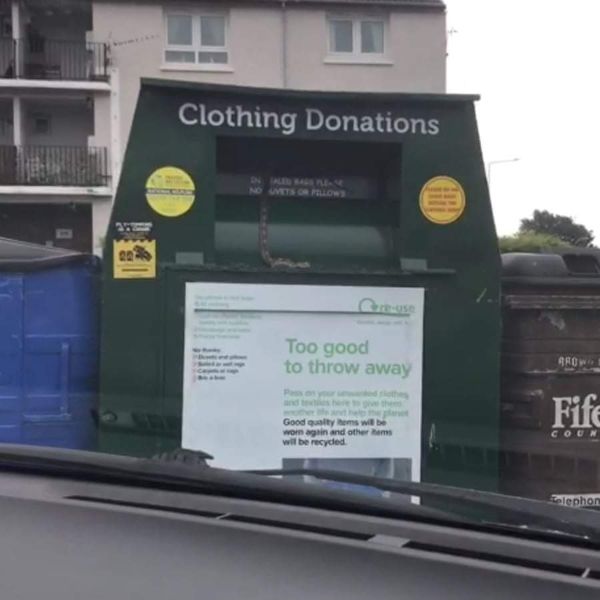