A paramedic has been suspended after kissing a colleague on the lips while they were both wearing face masks and using an oxygen hose on her breasts.

Michael Walters left his more junior ambulance service colleague feeling ‘physically sick’ when he grabbed the back of her head and pulled her in for a kiss.

Then moments later he took a powered oxygen hose from an ambulance and placed it on her breasts twice, leaving her ‘mortified, disgusted, belittled and embarrassed’.

Mr Walters, who has served with South Western Ambulance Service NHS Trust for 37 years, was suspended for six months by a conduct and competence committee of the health and care professions tribunal service.

The hearing was told the female worker had visited Mr Walters at Bath ambulance station, Somerset, to show him how to use a face piece respirator and powered respirator hood.

A complaint was made three months later about two incidents which happened that day.

The woman told the disciplinary investigation: ‘One of my roles was to travel around to the stations using the Trust car to fit-test the last few people. 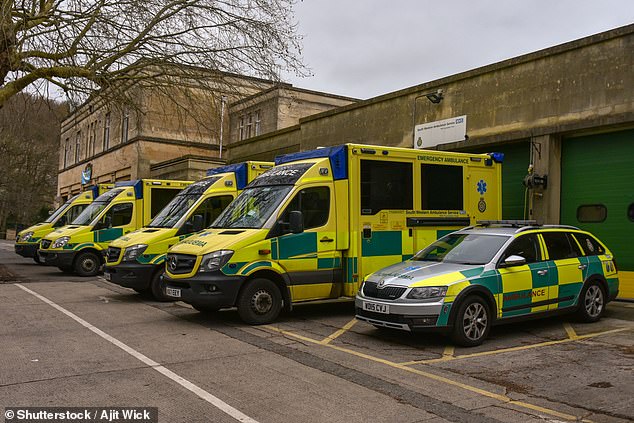 Michael Walters was being trained in the use of some equipment at Bath Ambulance station, pictured, when the incident involving a younger colleague happened 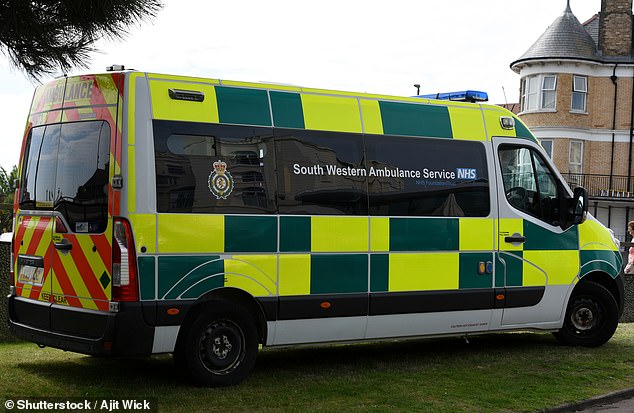 Walters, who worked with South West Ambulance Service for 37 years grabbed his female colleague and kissed her while they were both wearing masks. He also placed a oxygen hose on her breast, the tribunal heard.

‘I noticed that Michael Walters from Bath station had still not been fit-tested; I rang Bath station to see if Michael had turned up for duty.

‘A colleague answered and stated that Mike was on station due to just being at a cardiac arrest and would be there as he had paperwork to complete and restocking of the vehicle.

‘I was taken back by this, I pulled back. He thought this was funny and started to laugh, but I laughed as I did not know what to do – this shocked me.

‘Trying to remain professional I carried on the test (although I felt intimidated and disgusted with his actions). I had to go to the kitchen and get a drink of water as I felt physically sick.’

The tribunal heard she felt ‘violated and disgusted that he had invaded her personal space’ and she had not said anything at the time because she was a more junior employee and ‘did not want to be that person’.

She said she decided to make a formal complaint about a week later, as she was having nightmares about the incident.

Regarding the second incident, she told the ambulance service’s investigation: ‘I wanted to go back to station as quick as I could.

‘I knew I had to ask him if he was comfortable using the powered hood. I asked reluctantly if he needed me to go through it with him; he replied yes.

‘While he was holding the hose, he then stepped towards me and pressed it twice on my right breast then laughed and he pulled it away.

‘I felt mortified, disgusted, belittled, and embarrassed at his actions. I couldn’t believe he would abuse his professional position yet again – I really wanted to scream in his face.

‘I honestly sobbed all the way back… I felt dirty, and my space was invaded. I was so angry and disappointed with myself for not standing up and saying something.’

In cross-examination, Mr Walters claimed the female colleague was ‘lying’ about both incidents and she was ‘someone who is quite needy and likes attention’.

He described the allegations as being ‘utter nonsense’, but the tribunal found both incidents happened as the female worker described.

It concluded: ‘[Mr Walter’s] misconduct which targeted a more junior member of staff was serious. [His] conduct consisted of sexual touching without consent which had a significant impact on [the victim].’

He was suspended for six months.