Parents issue a warning on the dangers of underage drinking after their drunk son, 17, drowned when he jumped into a harbour to fetch a football

The parents of a 17-year-old boy who drowned after jumping into a harbour to fetch a football have issued a warning on the dangers of underage drinking.

Brooklyn Sheehan had jumped into Bristol Harbour late at night before disappearing under the surface despite a desperate rescue attempt from his friend.

Avon Coroner’s Court heard the college student was roughly one-and-a-half times over the legal drink-drive limit when he entered the water.

His father Paul Sheehan said: ‘Let it be a warning for other parents out there.

‘Maybe there’s an age limit on drinking for a reason.’ 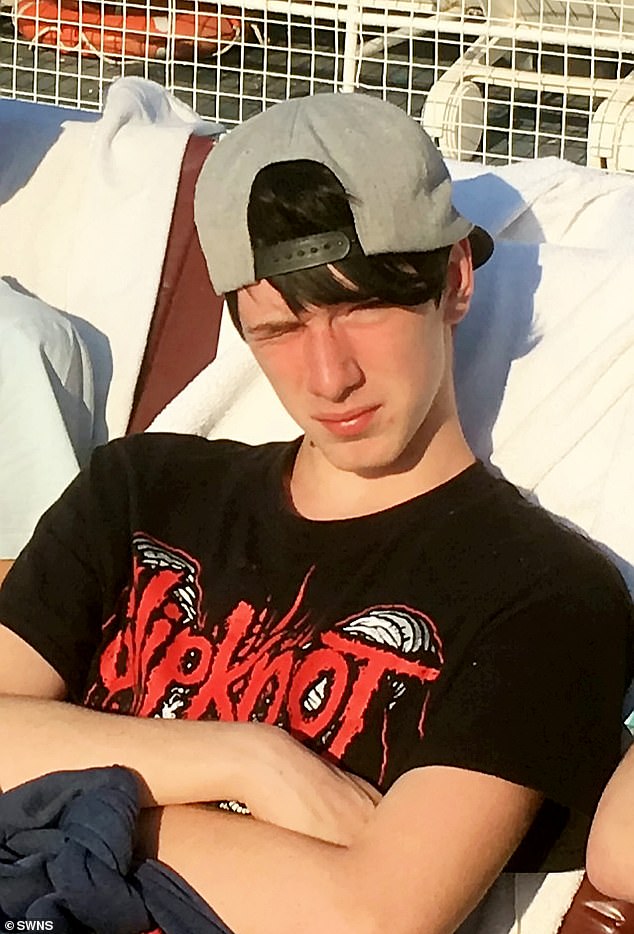 Brooklyn Sheehan, 17, drowned while trying to fetch a football after drinking alcohol with a friend, an inquest has heard 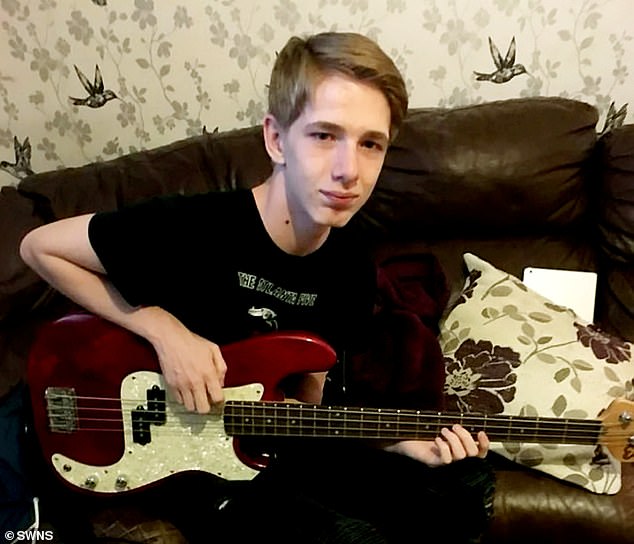 His father Paul Sheehan said: ‘Let it be a warning for other parents out there maybe there’s an age limit on drinking for a reason’

Brooklyn, from Southmead, Bristol, had been watching fireworks at the Bristol International Balloon Fiesta with a group of his friends on August 8 last year when they set off towards the city centre and found a football in a bush.

The group played with the ball until they reached the M Shed in the harbour area around 11pm where it accidentally ended up in the water and Brooklyn went in to retrieve it.

Friend Leo Morell said in a written statement Brooklyn initially did not seem to be struggling as he neared the centre of the harbour where the ball was, but then heard the teenager shout ‘someone’s got to come and get me’.

He said: ‘I saw a life buoy near the edge of the harbour so I threw it to him. He couldn’t quite get to it, I think he must’ve been exhausted.

‘I took my jumper and shoes off and went into the water and swam towards him. When I got to where I thought he was I couldn’t see him.

‘I started looking under the water. People on the bridge were pointing to where they thought he was but I couldn’t find him, so I swam back to the pontoon.’ 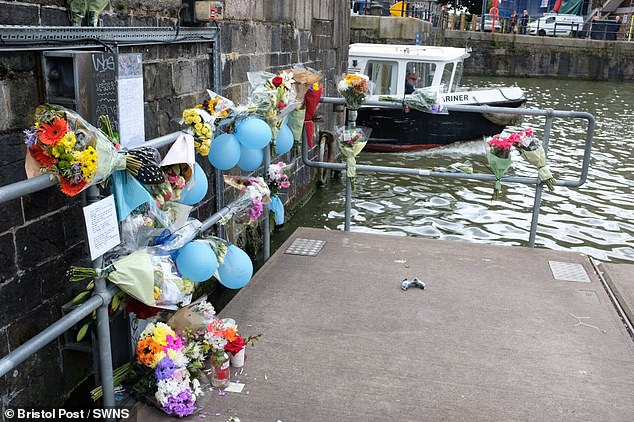 Avon Coroner’s Court heard the college student was roughly one-and-a-half times over the legal drink-drive limit when he entered the water. Pictured are flowers at the site where Brooklyn died 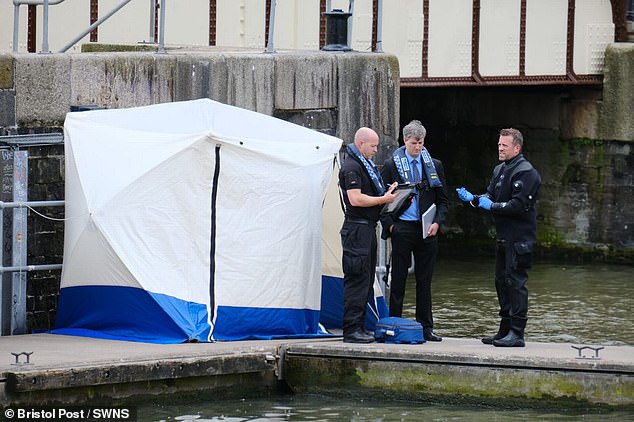 Witness Sarah Brown said she saw Brooklyn’s head go above and below the water twice before he disappeared, and said the life ring thrown in by his friends was behind him but he seemed unable to reach it.

Emergency services were called to the scene and police used their torches to try and find Brooklyn under the water close to the Arnolfini arts centre, but the search was called off around 12.35am.

A police diver entered the water around 11.30am the next morning and found Brooklyn’s body lying on the riverbed floor fully clothed, with the temperature of the water recorded at 20C and no more than 5.8m deep.

Another friend, David Williams, said in a statement Brooklyn had brought a small bottle of vodka with him to the balloon festival, and had drank vodka, rum and cider but ‘wasn’t drunk’ and was ‘walking and talking normally’.

Pathologist Dr Pinias Mukonoweshuro told the inquest the boy’s medical cause of death was drowning, but said his alcohol intake wasn’t a ‘significant contributing factor’ to him drowning in the cold water. 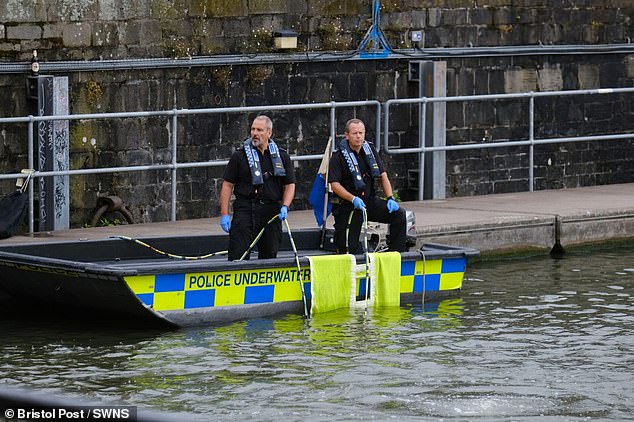 A police diver entered the water around 11.30am the next morning and found Brooklyn’s body lying on the riverbed floor fully clothed

Concluding the accidental death as drowning, coroner Dr Peter Harrowing said: ‘It was a deliberate act in him to enter water, and he did not anticipate getting into difficulties.’

He added: ‘This is a very, very tragic case. Brooklyn was a young man who had his life before him and had been out and enjoying himself.

‘In a very short space of time that enjoyment turned to tragedy.’

Speaking outside of the inquest, mother Tracey Edgell praised her music-loving son.

She said: ‘He was a handsome, thoughtful young man who cared more about other people than himself.

‘He was sure of who he was – he was happy with who he was. What he wanted to do he would do.